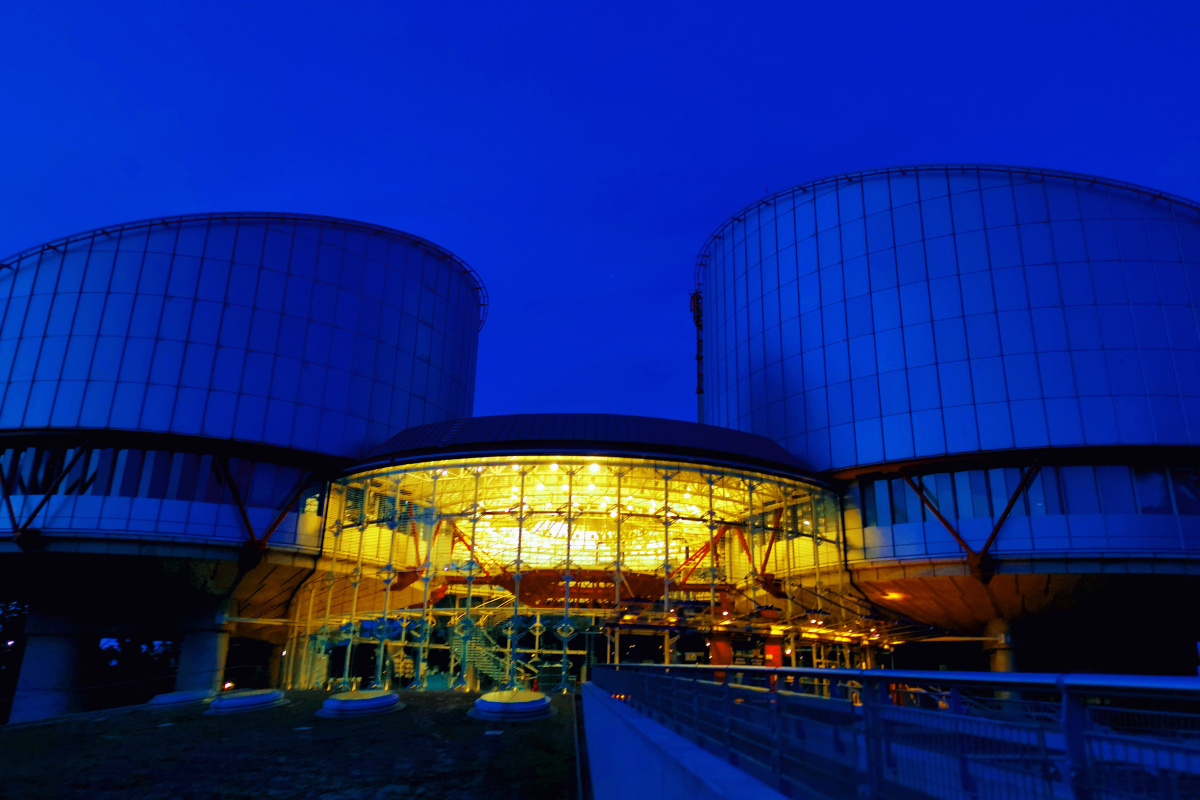 On Current Developments and Reforms

What is the significance of inter-State cases within the European System of Human Rights? And what does their constant increase over the last decade mean for the European Court of Human Rights? An ongoing reform process within the Council of Europe is addressing these questions, with the aim of an effective processing and resolution of inter-State cases.

To inform this reform process, an online conference in mid-April 2021 has brought together academics and practitioners to reflect on various aspects of the procedure and discuss possible strategies to tackle some of the many challenges ahead.

With this Symposium, we aim to take up and expand the discussing initiated during the aforementioned conference. The contributions will reflect on selected aspects of the inter-State procedure under the European convention. We hope for an open dialogue, new perspectives, criticism and, ideally, constructive ideas. In this vein, we heartily invite to engage critically with the contributions in the comments section.

In this introductory note, we will briefly outline the context of inter-State applications before the European Court of Human Rights. We will then provide an overview of the contributions that will be published throughout the week (here). 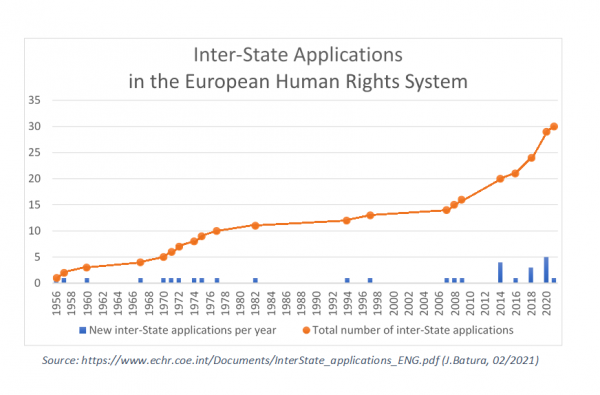 It is worth noting that most of the inter-State applications concern a large number of alleged victims and their fate in situations of acute or protracted armed conflict. In the situation of the cases between Georgia and Russia, Ukraine and Russia, as well as the cases centering around the conflict in Nagorno Karabakh, the persons living the affected territories number in the millions.

The Symposium’s contributions at a glance

Against this background, we would like to present the contributions of the Symposium. With a historical perspective, Ed Bates (University of Leicester) offers an important preface to this symposium and gives an insight into the origins and typology of inter-State proceedings in the framework of the European Convention on Human Rights (here).

Drawing on her experience as a former judge and vice-president of the European Court of Human Rights, Angelika Nußberger (University of Cologne) offers three pragmatical ideas with the aim to ensure the timely administration of justice (here). In turn, Peter Tzeng’s considerations are influenced by his experience as a counsel before various international courts and tribunals. He offers a comparative perspective on interim measures in inter-State cases in Strasbourg and before the International Court of Justice(ICJ) in The Hague (here). While interim measures have always been part of inter-State proceedings in Strasbourg, they have gained relevance in the Court’s remedial toolbox since the outbreak of hostilities in Georgia v Russia II in 2008, in the proceedings between Ukraine v Russia since 2014, and in the Nagorno-Karabakh cases since 2020.

In the same spirit of inspiration from other international fora, a perspective into the practice of regional and universal bodies is offered next. In the African System of Human Rights, the use of the inter-State mechanism has been scarce. By analyzing the only case which was decided on the merits, the so-called  ‘DRC case’, Frans Viljoen (University of Pretoria) outlines the reasons for the reluctance of States to use the inter-State mechanism in the African Human Rights system (here). At first sight, a similarly low amount of inter-State cases has reached the Inter-American system of Human Rights. However, Jorge Contesse (Rutgers University) pulls back the curtains on ‘disguised inter-State cases’ in the Americas, which are actually behind a number of recent requests for advisory opinions (here).

Although only two inter-State cases so far have been resolved through friendly settlements in the European System, the academic debate surrounding this resolution option is rich and reveals promising avenues for inter-State complaints. Drawing further on the idea of mutual enrichment from other fora, David Keane (Dublin City University) argues that the inter-State communications under the Convention against Racial Discrimination may inform a better understanding of amicable solutions in human rights (here).

Helen Keller (University of Zurich, former judge at the European Court of Human Rights) and Réka Piskóty (University of Zurich) explore the untapped potential of friendly settlements in inter-State proceedings and suggest the creation of a framework that could guide the negotiating parties (here). In light of this proposal, Nicola Wenzel (Federal Ministry of Justice and Consumer Protection) offers a critical perspective from the perspective of an experienced State agent before the Court (here).

Most inter-State proceedings relate to factually complex situations. In a comparative analysis informed by her experience as counsel before the ICJ and ITLOS, Alina Miron (University of Angers) underlines the essential role of States in the context of fact-finding and takes note of the increasing, but timid steps that international courts have taken to ensure the good administration of justice (here). Thilo Marauhn (University Gießen) draws on his experience as President of the International Humanitarian Fact-Finding Commission, which is a treaty body established under Article 90 of the 1977 Additional Protocol I to the 1949 Geneva Conventions. He urges for caution and warns of overburdening when it comes to fact-finding by international judicial bodies (here). The challenge of fact-finding in inter-State cases is daunting, albeit not insurmountable, argues Philip Leach (Middlesex University). He makes the case for fact-finding by the Court and points to the potential of new technologies to facilitate fact finding (here).

Finally, we will offer reflections on inter-State cases from cross-cutting perspectives. To this end, Hélène Tigroudja (University of Aix-Marseille) examines the overlap of inter-State and individual applications and offers observations on unsolved challenges (here). In a similarly cross-cutting approach, Laurence Burgorgue-Larsen (Sorbonne University Paris) joins the search for innovation in inter-State proceedings, drawing on the practice within the Inter-American System of Human Rights (here).

Concluding the Symposium, Isabella Risini (Ruhr University of Bochum), Geir Ulfstein (University of Oslo) and Andreas Zimmermann (University of Potsdam) will bring together the threads and provide an outlook on the reform process (here). 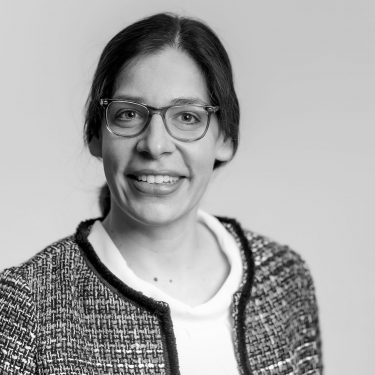 Isabella Risini is currently a lecturer for public law at the law faculty of Ruhr-Universität Bochum and managing director of the Center for International Affairs. She is a member of the scientific advisory board of Völkerrechtsblog. In the summer term 2023, she will be a visiting professor at the Walther Schücking Institute for International Law at the Christian-Albrechts-University in Kiel. In the winter term 2021/22, she was a visiting professor of Public Law at Augsburg University.