Practice of the ICJ and ITLOS in inter-State Cases

The international adjudicatory system has developed few compulsory rules concerning the production, admissibility and weight of evidence. This is particularly true for judicial institutions like the International Tribunal for the Law of the Sea (ITLOS) and the International Court of Justice (ICJ), which decide disputes between States. Sovereignty acts as a shield protecting litigants from overly intrusive rules of evidence and inquisitive adjudication. These courts do not have any power of injunction and, whenever they intervene on issues of evidence, they must seek to preserve sovereign sensitivity and equality between the parties. However, both the ICJ and ITLOS have increasingly used their inherent powers to ensure the good administration of justice and to allow for the manifestation of the truth.

States are Leading the Dance of Evidence

Inter-State litigation follows the adversarial system, in which evidence is freely produced by the parties, the role of the tribunal being essentially to evaluate the information received and to ensure procedural fairness. In a system of free production of evidence, States unsurprisingly lead the tango.

Evidence is submitted essentially during the written phase and takes the form of a mass of documents. In international adjudication, “written evidence” covers not only documentary evidence, but may contain videos, testimonies or expert reports. In January 2021, the ICJ has tried to put an end to “the proliferation and protraction of annexes to written pleadings” (see amended Practice Direction III), by suggesting a page-limit of 750 pages for the production of documents. It remains to be seen whether States will accept to sleep in this Procustean bed.

New evidence may exceptionally be submitted after the closure of the written proceedings, either under the form of witness or expert testimonies or even of a new written document. However, the production of evidence at this late stage is strictly controlled because it affects the equality between the parties, impairing their capacity to respond adequately.

In principle, new written material is not admissible at this stage anymore, except with the consent of the other party or upon the Court’s authorization (for the ICJ, see Rule 56 of the Rules of Court of the ICJ). An extreme example of this issue may be found in Somalia v. Kenya, currently pending before the ICJ: Kenya sent around 4,000 pages, including a fully-fledged legal argument, to the Court just 10 days before the start of the oral hearings. Somalia informed the Court that it did not object to the production of most of the new material, except to what Somalia called the “Rejoinder-bis” and to which it asked for the opportunity to respond (see Somalia’s written comments of 22 March 2021). Consequently, the Court decided to admit the new set of documents, pursuant to Rule 56 (1) of the Rules of Court for the material to which Somalia had not objected, and pursuant to Rule 56 (2) for the material to which Somalia had objected (see CR 2021/2, p. 10-11). This is unorthodox, but the reason for such a conciliatory approach from Somalia and the Court was to encourage Kenya to appear during the hearings. Yet, in the end, Kenya chose not to do so and sent instead yet another round of written pleadings, which were however not admitted on the record.

Witness evidence is another area where the practice is still developing and principles of administration of evidence still need to crystallize. Three points may be made in this respect.

Witnesses are usually called by the parties. To date, there was no instance where a witness was summoned by the ICJ or ITLOS. But courts may decide to call to the bar and ask for further evidence from some of the witnesses presented by the Parties (such was for instance the case in the Arctic Sunrise Arbitration before the Permanent Court of Arbitration).

The safety of witnesses was sometimes an issue: in the Croatia Genocide case, the ICJ adopted a number of pragmatic measures to conceal the identity of witnesses such as the postponement of the publication and the redaction of information (see 2015 judgment, para. 39). The Court’s concern was to strike the right balance between, on the one hand, the protection of witnesses and, on the other, the transparency and the right to information of the public. It managed to guarantee both. When witness safety is an issue, leaks leading to the publication of court documents without redactions put them in jeopardy. Fortunately, this is a rare phenomenon and has so far not concerned neither the ICJ nor ITLOS, but some arbitral tribunals.

The third point concerns witness proofing by counsel, which continues to be a real issue. Though the procedures of the ICJ and ITLOS on witness interrogation broadly follow the English model, not all judges and counsels are familiar to that. Therefore, clarity is lacking on matters of detail and it is regrettable that neither the respective Rules of Court, nor even the Practice Directions of the ICJ contain provisions to monitor this practice.

A more proactive, yet discreet, involvement of the bench in the production of evidence is needed and sometimes observed in practice, but it remains far from the accusatory model or from the regime of discovery in the common-law systems. Furthermore, the ICJ and the ITLOS remain much more hesitant than the Strasbourg Court in their use of investigative powers. In the following lines, I will address two areas where courts have taken timid initiatives.

The first area concerns the document production. In fact, both the ICJ and the ITLOS lack the power to address an injunction of document production to States. Undoubtedly, they have the power to make requests, but they have refrained from issuing these requests through a binding act. These requests generally take the form of questions, rather than orders. Furthermore, they cannot be accompanied by any coercive measures and it is doubtful that the refusal of cooperation by one party may be considered an unlawful act in itself.

In making such requests, the courts seek to preserve the equality between the parties. On some rare occasions, the ICJ and the ITLOS made them either proprio motu or at the initiative of the other party (see the ELSI case before the ICJ or the Louisa case before ITLOS). More recently, in the Norstar case before ITLOS, Panama had embarked on a fishing expedition and sought to obtain discovery for a broad-ranging category of unspecified documents. ITLOS showed some openness but directed Panama to point to particular documents. Since the latter failed to do so, the matter ended there (see paras 95-97 of the judgment).

States’ reluctance to produce documents is sometimes justified on grounds of concerns relating to State security concerns. The arbitral tribunals in Guyana v. Suriname and in Chagos, which were based on United Nations Convention on the Law of the Sea, used innovative ways to reconcile these legitimate concerns with the proper administration of justice: they chose examination in camera by the tribunal itself or by a court-appointed expert.

It was suggested that international courts might draw negative inferences from a party’s refusal to disclose specific documents (see also the 2009 award in the Abyei Arbitration before the PCA, para. 61). By contrast, both the ICJ and ITLOS held back from such a radical solution and, if important evidence is lacking, they prefer to decide on alternative legal and factual bases.

The situation is therefore different from the one before the European Court of Human Rights (ECtHR), who considers an unjustified failure of a respondent Government to be a violation of Article 38 of the Convention and a reason for drawing inferences as to the well-foundedness of the allegations (Al Nashiri v Poland, 2014, para. 375; Georgia v Russia I, 2014, paras 99-110). However, one may wonder if such negative inferences are appropriate in inter-State cases. The situation in inter-State litigation is indeed different from that in the ECtHR’s “normal” cases with individual applicants, where there is a structural inequality between the parties, which the Court has sought to compensate by taking proactive procedural measures in favour of the weaker party, i.e. the private party.

The second area in which shy steps forward have been observed, concerns the appointment of experts by the courts themselves. International courts and tribunals dealing with inter-State cases have the inherent power to appoint experts. When should they do so? Obviously, experts would be particularly helpful in cases that are heavily dependent on scientific evidence (for instance, for an environmental assessment) and in which the expert-evidence submitted by the parties remains self-serving. The other field in which court-appointed experts play an increasingly significant role is the one of damage evaluation, including for massive violations of human rights, stemming from an inter-State conflict. In its first case, the Corfu case of 1949, the ICJ had appointed a group of experts to assist it with the evaluation of damages. 70 years later, it finally went down this road again, in the DRC v. Uganda case (currently pending). The case is divided in two stages: first the merits and second the reparations. The Court directed the parties to negotiate on the latter aspect, considering its jurisdiction as subsidiary (para. 344 of the 2005 Judgment on the merits).

The DRC v. Uganda may be a particular source of inspiration for the ECtHR in the challenges posed by inter-State cases. In this case, the ICJ appeared to be increasingly proactive. While it sought the parties’ opinion on the individuals selected as experts, their opposition was not dispositive. Furthermore, the Court established a particularly broad mandate for the experts (see the orders of 8 September and 12 October 2020), since it included:

If the appointment of a group of independent experts may be an appropriate way to respond to the challenge of damage assessment, this comes at a price, as it may become a considerable financial burden for the Court, especially if the allowance for unforeseen expenses in the budget remains so small as it is at present. The creation of a special fund or line of expenses for this purpose may be necessary in the future. 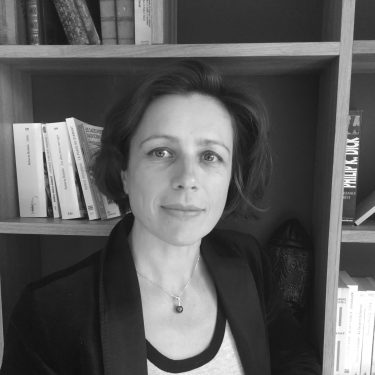