Inter-state cases under the European Convention on Human Rights (ECHR) are important but challenging. Ensuring a meaningful role for the European Court of Human Rights (ECtHR) means to address the outcome and the procedure of inter-State cases, including preliminary proceedings, fact-finding and rules of evidence. In the following, I will build on practical insights emerging from my role as President of the International Humanitarian Fact-Finding Commission. This body is treaty-based, established under Article 90 of the 1977 Additional Protocol I to the 1949 Geneva Conventions, focusing on international humanitarian law. The Commission was only established in the early 1990s. Subsequently, it took the Commission 25 years to perform its first operative mission in 2017. Some of the lessons learned in this context (Thilo Marauhn in Hofmann/Malkmus, forthcoming 2021) may be helpful for re-designing the procedural framework for inter-State cases under the ECHR.

To begin with, I would like to address the role of fact-finding in cases under international human rights law and international humanitarian law. There have never ever been as many commissions of inquiry or similar ad hoc bodies than today, from Syria to Yemen, from Venezuela to Myanmar. This quantitative finding notwithstanding, the qualitative output is very limited. Expectations that international bodies can establish facts along the same lines as national courts do, have largely been frustrated. Apart from de facto obstacles to access locations, or to get hold of witnesses and documents, limited financial and human resources have minimized the fact-finding potential of these bodies. The International Criminal Court and, in particular, the Prosecutor’s Office provide a similarly disillusioning narrative. It is against this background, that the International Fact-Finding Commission has adopted a policy of exemplary fact-finding only. The administrative and financial implications of our 2017 operative mission have taught us an important lesson to this end. For the ECtHR, in inter-State cases, it is plausible to exclude fact-finding from the Court’s agenda, limiting the Court’s role to an evaluation of the facts put before it by the parties. The Court should focus on the law and ‘keep its eye on the ball’, without getting drawn into disputes about facts which are hard to resolve for judicial bodies at the international level.

This is not to say that international fact-finding does not generate effects. These are, however, less of a judicial character but rather political or diplomatic in nature. Fact-finding bodies signal that the international community has an eye on a particular issue, such as violations of human rights law and international humanitarian law in armed conflicts. Among others, fact-finding bodies operate against impunity. By way of example, this is one of the most important objectives for the establishment of the International, Impartial and Independent Mechanism (‘triple IM’) by the UN General Assembly in 2016. The role of the European Court of Human Rights in inter-State cases is totally different. It comes closer to traditional inter-State dispute settlement with fact-finding being part of diplomacy, and the judiciary focusing on the interpretation and application of the law. Fact-finding in inter-State cases does not strengthen the role of the Court. The message is: ‘Stick to your knitting’ – build on your doctrinal skills.

As a second issue, I would like to address the outcome of inter-State cases. It may be worthwhile to give precedence to a friendly settlement, according to Article 39 ECHR, rather than a judgment. This line of arguments has been developed further by Helen Keller and Réka Piskóty, as well as Nicola Wenzel in the framework of this Symposium. In contrast to individual complaints, inter-State cases do not only focus on the determination of human rights violations but on disputes between two of the High Contracting Parties. The decisive question is whether settling the dispute is more important than determining a human rights violation. In the case of the International Humanitarian Fact-Finding Commission, Article 90 (2) (c) (ii), of Additional Protocol I includes interesting terminology by stating that the Commission is competent to “facilitate, through its good offices, the restoration of an attitude of respect for the Conventions and this Protocol.” Let me point out that,

With a view to reforming the procedural framework for inter-State cases under the ECHR it may be beneficial to consider a similar wording as an explicit avenue to settle such disputes.

Preliminary Proceedings – Between Procedural Formality and Flexibility in Substance

What follows from this, is the question of preliminary proceedings. While I am not arguing to re-install something similar to the former European Commission on Human Rights, even though its practice provides useful insights, comparative studies of other dispute settlement bodies suggest that some kind of preliminary proceedings may be helpful in inter-State cases. By way of example, the consultation stage as part of the WTO dispute settlement process links formal rigidity (in terms of timing) and substantive flexibility, notwithstanding that the WTO system allows conciliation, mediation and good offices throughout. The International Humanitarian Fact- Finding Commission has even indicated a clear preference to offering good offices rather than entering into a formal inquiry. What may be drawn from this?

It seems that States appreciate the benefits of procedural formality coupled with a degree of flexibility in substance. As I can take from our experience at the International Humanitarian Fact-Finding Commission, States value the benefits of confidentiality and expertise. They display a degree of openness in such a formalized discourse, the outcome of which remains flexible. This suggests that Court-based preliminary proceedings in inter-State cases under the ECHR help to avoid the arbitrariness of a purely political exchange while at the same time not exclusively focusing on a Court ruling. This kind of preliminary proceedings might not only allow for a friendly settlement in accordance with Article 39 ECHR, but perhaps even contribute to framing such a friendly settlement – and giving precedence to it.

Building on my arguments in support of preliminary proceedings, rules of evidence serve as ‘handrails’ in court proceedings. This is particularly important if the parties, as in inter-State cases, need to somehow save their face in order to stay within the system as a whole. Furthermore, as comparative studies of fact-finding with human rights implications have shown, the standard of proof (in contrast to the burden of proof) is an elevating screw in pertinent disputes. There is a scale that might be worthwhile to be included in procedural rules for inter-State cases, extending from “reasonable suspicion”, “sufficient evidence”, “clear and convincing evidence”, “overwhelming evidence” up to “beyond reasonable doubt”.

It may also be promising to consider admissibility criteria that would re-assure States that the inter-State procedure is not abused, building, by way of example, on Article IX, paragraph 17, of the Chemical Weapons Convention, which is not as unrelated as it may look at first sight. Indeed, the Executive Council of the Organization for the Prohibition of Chemical Weapons may reject a request for a challenge inspection by a three-quarter majority if such request is considered abusive. Similar powers, perhaps including strict time limits, might be explicitly assigned to the Court in inter-State cases under the ECHR – notwithstanding the differences between a Court and a political organ.

While all these reflections are meant to stimulate debate, their interrelationship must be carefully considered in order to establish a balance between the various functions to be fulfilled by the Court in inter-State cases. 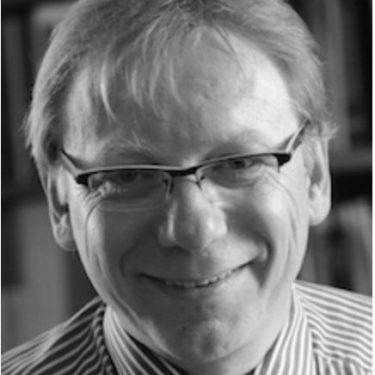