A Promising Avenue to Explore from a Remedial Perspective

Inter-State conflicts that reach the European Court of Human Rights (ECtHR) today are all, with rare exceptions, highly political. They constitute conflicts that are rooted in a long history: the mere mention of the conflict between Azerbaijan and Armenia demonstrates this, as do those between the two former republics of the former USSR – Ukraine and Georgia – and Russia.

In such a politically and historically loaded context, does the law not, by its very nature, find its limits? Is it not somehow foolish to think that a judgment can definitively settle conflicts that are deeply rooted in history and that are in the process of re-emerging, with force, at the turn of new geopolitical configurations?

When we look at inter-State disputes in the inter-American System of Human Rights, which have been outlined by Jorge Contesse in this Symposium, the only case that has passed the admissibility stage (Ecuador v. Colombia) ended in a friendly settlement, that was considered by both parties to be the best solution. This is an interesting example.

There is a serious avenue to be explored here in the context of the European System of Human Rights, as has been pointed by Helen Keller and Réka Piskóty as well as Nicola Wenzel. Would it not be easier to reach a solution, which is political in nature, thanks in particular to negotiations which would remain confidential in accordance with Article 39 (2)  European Convention and Article 62 (2) Rules of Court? Above all, I argue that the solution obtained would be more amenable to the supervision of the Committee of Ministers in terms of execution.

The question remains as to how to convince the parties involved to take friendly solutions seriously. The extreme political sensitivity of the cases should, in my view, directly involve the judges who hold strategic positions at the European Court in the negotiations. In short, the negotiations should be “high level”.

Once a case has been declared admissible, or even already in preliminary proceedings as Thilo Marauhn has argued, it should be imperative that the friendly settlement procedure be activated without delay and that negotiations be initiated directly by the President of the Court, the two Vice-Presidents and the Section Presidents, assisted by the Registry. Furthermore, they should necessarily involve meetings in situ within the Court, between the States’ delegations and this group of judges who, internally, have leading responsibilities. This would only require an amendment to the Rules of the Court, which should not be a problem as the Court has control over this process.

It is conceivable that a specialised unit on the development of friendly settlements could be created within the Registry, in order to best assist the negotiations between judges and States. In the framework of a long-term approach, one could even imagine that training seminars be given to all Council of Europe staff members as well as to senior State officials, in order to develop a “friendly settlement culture”.

The most delicate question, once negotiations have been launched, concerns the content of the friendly settlement and the remedies for the affected individuals beyond the possibilities of just satisfaction under Article 41 ECHR.

Inter-State disputes before the ECtHR involve many victims. The challenge of the friendly settlement will be not to compromise on the content of remedies in this area. In this regard, States will need to be persuaded that the UN Basic Principles and Guidelines on the Right to Reparation for Victims of Gross Violations of International Human Rights Law and Serious Violations of International Humanitarian Law are a necessary starting point for their discussions.

While just satisfaction – which concerns measures whose purpose is to restore the victim to the original situation that existed prior to the violations – is difficult to implement in cases of death, other forms such as compensation, rehabilitation, satisfaction and guarantees of non-repetition will be more relevant.

In this respect, the ECtHR should be much more inspired – in the context of friendly settlements – by what the Inter-American Court of Human Rights does, particularly with regard to measures of satisfaction and guarantees of non-repetition. These are emblematic reparation measures in inter-American litigation, including in the area of amicable solutions, as its 2018 report shows.

The European Court would do well to take such measures seriously, while adapting them to the European context where necessary.

Let us turn to explain, in a few words, the aim of the various measures of satisfaction imposed by the Inter-American Court on the States. Fundamentally, it is to ensure, that the victims and/or their loved ones are able to pick up the pieces and rebuild their lives.

The first of these measures is the need for ‘domestic justice’, and it imposes an obligation to investigate, prosecute, and punish those responsible for the violations committed against the victims. It would be important to see how this classical duty could be obtained in an Inter-State dispute. But other measures of satisfaction also exist, the purpose of which is to show victims and their families that the State is taking their suffering into account: I think it is truly crucial when a lot of persons have lost their lives. European States could agree – keeping in mind in the Inter-American case law – in order to locate the mortal remains of the victims and hand them over to the next of kin, for them to be buried in accordance with their customs and/or religious beliefs, at no cost to the relatives (be this for transport or burial). Other measures of satisfaction required of the State can be symbolic, such as building memorials to the victims, naming streets, squares or buildings after them, or making a public apology, in the presence of high representatives of the State, which could be broadcasted by local radio and television. This is even more important when violations are gross and involved extra-judicial killings or enforced disappearances.

The second purpose of these original measures imposed by the Court is to do what is necessary for the society as a whole to gradually rebuild itself on the basis of the principles of the rule of law. These measures can be symbolic or very concrete and are granted to show the victims and their families and, above all, the social body, that the society they are living in can become a democracy. The term used by the Inter-American Court is ‘measures of a public scope or repercussion’ (e.g. in ‘Street Children’ v. Guatemala, para. 84; Vélez Restrepo and Family v. Colombia, para. 259). Where the right to life has been violated (enforced disappearance, extrajudicial executions), the Inter-American Court orders increasingly often the State to publicly acknowledge its responsibility and also to issue an apology to the victims’ next of kin.

However, requirements to amend domestic legislation in order to guarantee the non-repetition of events are more significant, at least in concrete terms, as they constitute a kind of ‘preventive reparation’, so to speak. Thus, the principal aim of an order to incorporate the crime of forced disappearance into domestic criminal law for instance, is to bring to an end the existing system of impunity. The aim of an order to set up a record of detainees is to prevent illegal detentions, or at least to enable control of their legality, and sanction the authorities where necessary.  Similarly, the aim of an order to create a system of genetic information that can contribute to determining and clarifying the relationships and identification of the disappeared children and their next of kin is to avoid such abuses and lost time if children were to disappear in the future.

These kinds of measures could perfectly well be negotiated in the framework of a friendly settlement procedure, which – I repeat, because this is fundamental – takes place behind closed doors. The discussions and concessions would therefore be kept secret and the general public would only see the final result, i.e. what the State has finally agreed to implement to remedy the violations.

It could be hoped that if the friendly settlement procedure were to be presented in the future as the cardinal element of inter-State disputes, the level of political tension on the European continent could (perhaps) decrease.

Cite as
Laurence Burgorgue-Larsen, A Promising Avenue to Explore from a Remedial Perspective: Friendly Settlements in Inter-State Cases Before the European Court of Human Rights, Völkerrechtsblog, 30.04.2021, doi: 10.17176/20210430-163307-0.
Author 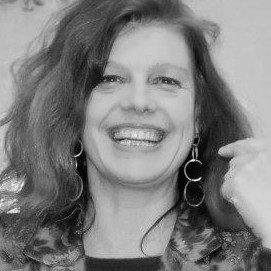