A Procedure Likely to Remain Rare in the African System

In the African regional human rights system, very little use has been made of inter-State communications. In this blogpost, I outline this particular kind of communications and analyse the most important case so far, the ‘DRC case’. Subsequently, I consider the reasons for the dearth of inter-State cases, and conclude that an increase in submission of such cases is unlikely on the short term.

To date, no inter-State case has been submitted to the African Court; and the Commission has considered only the following three inter-State communications:

Analysis of the DRC case

For an inter-State communication to be admissible, the African Charter requires that local remedies be exhausted “if they exist”, unless the procedure to achieve exhaustion would be unduly prolonged (art. 50 of the African Charter). In the DRC case, the question of exhaustion of local remedies did not arise since the actions of the respondent states took place in the DRC itself (para. 63). On the substance, the Commission held that the violations of international humanitarian law (IHL) fall within the Commission’s mandate (para. 64), but it did not find a violation of the general rules of IHL as such, but read and interpreted the African Charter, of which violations were found, in the light of IHL.

The DRC situation was also submitted to the International Criminal Court (‘ICJ’). While the African Commission and ICJ proceedings were formally distinct, the ICJ seems to have had an influence: While the Commission decided the DRC case on 29 May 2003, its decision was only made public in 2006, after the ICJ had handeddown its judgment on 19 December 2005. Although there is no formal requirement in the African system that the matter cannot be pending before another dispute settlement mechanism, the Commission seems to have been aware of this and took it into account when releasing its own decision. For individual communications, there is an admissibility requirement that a matter is inadmissible before the Commission if it had been settledby a similar mechanism of dispute settlement to the Commission (art. 56(7) of the African Charter). This requirement is not applicable to inter-State communications. In any event, if the Commission had applied this rule in this case, it would have had no problem finding the matter admissible, because the matter before the ICJ was, in 2003, pending and not yet settled.

Another consequence of the DRC case being submitted as an inter-State communication under art. 49 of the African Charter is that there is no prerequisite of attempting to reconcile the parties. In this respect, the procedure under art. 49 of the African Charter differs from that under art. 47, which requires the complaining state to allow a period of three months for possible amicable settlement before it may submit the communication to the Commission. Taking heed of the circumstances of the case, the Commission concluded that attempting conciliation would ‘not be diplomatically either effective or desirable’ (cf. para. 61) and would therefore be inappropriate.

No individual communications were submitted related to the subject matter in the DRC case , despite the massive and widespread nature of violations. Submission to the African Commission of potential cases by individuals in most state parties, including the DRC, has been very infrequent.

To a large extent, the Commission in its fact-finding relied on submissions by the respondent states. The fact that Burundi did not presented any argument or evidence (cf. para. 96); and that Rwanda did not take part in the case beyond the admissibility phase (cf. para. 97), hampered the ability to arrive at a full and authoritative picture. On the issue of harm by Uganda to the DRC’s natural resources, the Commission found that the state’s averments were reliably contradicted by the Report of the Panel of Experts (para. 92), submitted to the UN Security Council in April 2001.

Due to the delay in deciding the case, the situation has to a large extent resolved itself, leaving the Commission to note the changed circumstances, including the withdrawal of armed forces (cf. holding). The Commission also recommended that “adequate reparations” be paid by the three states (cf. holding). As with many other decisions of the African Commission, it is unclear to what extent the respondent state has implemented these recommendations. It appears that the debate about the appropriate remedy – at least as far as Uganda is concerned – has “shifted” to the ICJ, where a final determination in the issue is pending.

The reasons for the dearth of inter-State cases are manifold. One reason for the reluctance of states to complain against other states lies in the general culture of non-intervention that is prevalent in relationship between African states. One of the foundational values of both the Organization of African Unity (OAU) and later on the African Union (AU) is “non-interference by any member state in the internal affairs of another” (art. 4(g) AU Constitutive Act). Another reason is related to the nature of matters that are likely to be referred, which are likely to relate to conflict between states. There are a number of fora to which states can refer such matters, including the AU Peace and Security Council, thus reducing the need for recourse to inter-State complaints.

A last reason to mention for the small number of inter-State cases in the African human rights system relates to the nature of disputes arising between States. These disputes may relate to issues such as contestation over borders, access to water, and use of force. While States may not consider a human rights court to be an appropriate forum to resolve such disputes, they may be more inclined to submit inter-State cases arising from such circumstances to a court with a more general international law competence. Such a court is provided for in a revised legal framework  establishing an ‘African Court of Justice and Human Rights’, which is however not yet in force.

Against the backdrop of these manifold reasons, it seems unlikely that there will, in the near future, be a dramatic increase in the use of the inter-State mechanism in Africa. 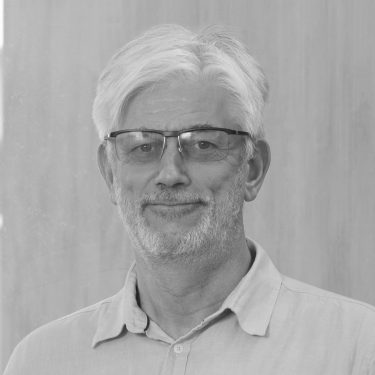 Frans Viljoen is the Director of the Centre for Human Rights, Faculty of Law, University of Pretoria, where he is a professor of international human rights law.