A Pragmatic Approach in Addressing Current Challenges of Inter-State Cases

In armed conflicts human righs violations are omnipresent. The victims are not counted one by one, but by the hundreds or thousands. For a court such as the European Court of Human Rights it is a major challenge to give answers to all those seeking justice in such circumstances, and to give answers – according to its own principles – “within a reasonable time”. This is all the more so when individuals and States complain in parallel about the same human rights violations.

The last decade has shown that it is difficult for the Court to live up to this challenge. While it was confronted with an ever growing number of inter-State cases, it was not well equipped to deal with them efficiently. A major reform might therefore be necessary. But it would certainly be illusionary to expect the 47 member States to find a compromise on substantive changes of the system of interstate complaints in the near future. Nevertheless, even without changing the system as a whole, a few steps could be taken to improve the status quo.

This contribution therefore aims at identifying those screws that can be easily turned to better cope with some of the challenges. My first proposal would be to refer inter-State cases immediately  to the Grand Chamber of the Court instead of first dealing with them on the Chamber level. Second, I would suggest to appoint in inter-State proceedings ad hoc judges drawn from a list set up by the governments involved. Finally, I think it would be fair to shift the financial burden for inter-State proceedings from the Court to the States involved.

The Court’s authority does not only depend on the acceptability of its judgments. As famously said in Rex v Sussex Justices, Ex parte McCarthy, “justice must not only be done, but also seen to be done”. Therefore, questions of how to organize the procedure in inter-State cases are important not only for successful conflict resolution, but also for inspiring confidence in the system as a whole. That is why it is worth taking procedural issues seriously.

One of the guiding ideas underlying my proposals is that it is of utmost importance to reduce the time it takes to adjudicate an inter-State case in Strasbourg. This is not only necessary for complying with the idea of a fair trial, but it is also a question of acceptability of the judgments. Judges’ mandates are nine years. In inter-State cases that last for a decade or more, the judges on the Bench in the beginning will have to be replaced by others coming in later. Even if judges can continue working on cases after the end of their mandate, it is in these cases rather the rule than the exception that questions of admissibility, questions linked to the merits, and questions of compensation are decided by completely different judges. Institutional knowledge is thus lost. For the victims observing the process of adjudication such permanent changes are discomforting, to say the least.

This is the background against which the following proposals are made.

Immediate referral of inter-State applications to the Grand Chamber

First, I propose to refer inter-State applications directly to the Court’s Grand Chamber. In the current design, all applications including inter-States cases, are first dealt with by a Chamber on admissibility and merits (cf. Article 29 ECHR). However, almost all inter-State applications raise “a serious question affecting the interpretation of the Convention or the Protocols” (cf. Article 30 ECHR) so that, as a rule, the Chamber will relinquish jurisdiction in favour of the Grand Chamber. If the Chamber nevertheless decides to hear the case, the judgement does not become final immediately but may be subject to a referral to the Grand Chamber as provided for in Article 43 ECHR. Inter-State cases always raise politically “hot” questions. Therefore, it is almost unimaginable that the losing party would not try to bring the case to the second instance, the Grand Chamber. And with all probabilities, the Grand Chamber Panel would grant the request. Thus the deliberations before the  Chamber represent more or less an ‘empty round’. Bringing inter-State applications directly before the Grand Chamber would avoid this duplication of procedural steps and thus a loss of time that can be considerable, especially if it involves the hearing of witnesses or other fact-finding measures. It is true that the measure proposed would involve a change of Article 29 (2) ECHR and cannot be dealt with on the level of the Rules of Court only. In an ideal world, such a change could be quickly made. But experience shows that this is not to be expected. Yet, nothing can hinder the Chamber to relinquish inter-State applications in a shortened procedure and thus more or less automatically. With the forthcoming entry into force of Protocol No. 15 after the recent ratification by Italy, the States concerned will no longer be able to veto a relinquishment (cf. Article 3 of Protocol No. 15). Thus, even without a modification of the text of the Convention, a little screw can be turned to change the situation for the better.

It is worth noting that advisory opinions under Protocol No. 16 to the Convention are already today directly dealt with by the Grand Chamber (cf. Articles 31 (c), 47 ECHR). Inter-State proceedings, especially those having an armed conflict as subtext, deserve no less attention. In the long run, a default competence of the Grand Chamber would render the proceedings faster and adequately reflect their importance within the Convention system.

Ad-hoc judges instead of national judges

In all cases before the Strasbourg Court the “national judges”, i.e. the judges elected in respect of the State accused of a human rights violation, are ex officio members of the Bench (Article 26 (4) ECHR). This rule is inherited from other international courts such as the ICJ (cf. Article 31 (1) Statue of the ICJ) in view to “represent” the accused State and to give it a “legal voice” in the dispute. In contrast, in the ECHR system the reason is rather to avoid cases being decided without the necessary insider knowledge of national law.” This rule is also applied in inter-State cases so that both the judge elected in respect of the applicant and the judge elected in respect of the respondent States are ex officio members of the Bench (cf. Rule 51 (2) of the Rules of Court).

This rule has, however, negative consequences as it tends to blur the human rights character of the case and contributes to its politicization.

The respective national judges may feel pressed into the role of State representatives, a role they do not have and should not be seen to have. Yet, dissenting opinions in previous inter-State cases speak a clear language. With very few exceptions national judges mirror the position of “their” home countries and “defend” the respective positions.

At the same time, while all judges of the Court should be “equal” in all respects including their workload, the fact that they are  ex officio members in inter-State cases burdens some judges disproportionately more than others.

This is where my second proposal comes in. In order to avoid judges’ role conflicts and to enhance the vision of a neutrally composed Bench, it would be better if the Governments of the applicant and respondent State would appoint ad hoc judges replacing both national judges. Ideally, they would appoint non-nationals. It is true that this suggestion might be considered a rupture with traditions of international law. But, in fact, the Convention itself provides for the appointment of (potentially non-national) ad hoc judges, albeit for different reasons (cf. Rule 29 of the Rules of Court), thus the practice is not entirely foreign to the ECHR system (see also existing list of ad hoc judges). Considering the complexity of inter-State cases, the list for these judges could comprise former judges of the Court, who have experience in human rights adjudication  and are familiar with the Court’s working methods.

Court fees, additional resources for staff at the Court

Proceedings at the Court are free of charge, as enshrined in Article 50 ECHR. This is an important feature of the Convention’s architecture. But there is no reason why this privilege for individual applicants should also be given to States in inter-State conflicts.

Therefore, my third proposal is to have an open debate on the financial resources needed by the Court to deal with inter-State cases. In fact, these types of cases include complex issues in terms of facts and law, and the Court is more often a court of first instance, than not. In some of the more recent cases, the files comprised more than 30,000 pages. As a consequence, some of the Court’s case lawyers are exclusively dealing with inter-State cases. This imbalance in the case allocation might create further problems as these lawyers are “lost” for dealing with individual cases, which are piling up more and more. A solution could be to provide for an additional budget for this type of cases, which would permit to hire extra lawyers for the registry. This budget could come directly from the States involved, which couldcontribute to a special account. This is already done now, but not linked to inter-State applications and only on a voluntary basis; States can, for example, contribute financially to specific projects of the Court in order to support them. For the States concerned, such an approach would not be overly burdensome, especially when compared to costs they face in other international fora or in arbitration. For the Court, however, it would make a real difference; the Court is evidently underfunded and has no influence whatsoever on the amount of inter-State applications coming in. A fairer distribution of the financial burden would help to ensure that cases are processed faster and that sufficient human resources are available to deal with them

This contribution focused on three pragmatic ideas. It is hoped that they have the potential to ease the Court’s workload and to enhance the acceptability and legitimacy of the judgments renderend in inter-State cases. It is true that to date, not a single Euro of compensation has been paid to the victims in inter-State proceedings, although the Court has fixed high amounts of compensation payments several times. But despite this failure, the judgments in inter-State cases are extremely important as it is not only the money that counts. Winning a case may also help heal the victims’ wounds. But if it takes too long until justice is served, this positive effect might be lost. 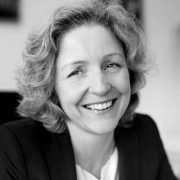 Angelika Nußberger
Angelika Nußberger is professor of law at the University of Cologne, member of the Venice Commission and international judge at the Constitutional Court of Bosnia Herzegovina. Previously, she was a judge at the European Court of Human Rights (2011-2019), the last three years serving as its vice-president.
Image by Josef Fischnaller.
View profile
Share article
facebook twitter
Print article
Print