Comparing the ECtHR and the ICJ

The European Court of Human Rights (ECtHR) has a well-established procedure for dealing with interim measures for individual applications. The question I wish to pose – with no set answer in mind – is whether that same procedure should also be applied to inter-State applications. Given the sensitivity of the subject, I will approach this question from an institutional and comparative perspective, rather than discussing any particular case.

Three elements of the ECtHR procedure

First, interim measures are effectively granted ex parte. The respondent is not given an opportunity to make formal written or oral pleadings on the applicant’s request. This stands in stark contrast to the procedure at the International Court of Justice (ICJ), where there is almost always an oral hearing on interim measures – which are called provisional measures before the ICJ – during which the respondent is given an opportunity to present its arguments.

Second, the Strasbourg Court renders decisions on interim measures very quickly, usually within a day of the request. The ICJ, on the other hand, sometimes takes a couple months to render a decision after a request for interim measures has been lodged. It took two months in Georgia v. Russia, and three in Ukraine v. Russia.

Contrasting the ECtHR with the ICJ

Now when I mention these three elements, they may sound like criticisms. It is only ordinary for a lawyer to stand for adversarial proceedings, a deliberative process, and judicial reasoning. At least theoretically, such a judicialized procedure makes decisions more legitimate. But at the same time, from a practical perspective, there are also some disadvantages that flow from how these three elements play out at the ICJ.

Starting with the first element, the fact that the ICJ holds oral hearings on interim measures has, in practice, led some States to effectively litigate the merits of their cases, sometimes in great depth, at the interim measures stage. The ICJ has adopted a practice direction to discourage this practice, but commentators have questioned the extent to which this practice direction has been respected.

Turning to the second element, the fact that the ICJ sometimes takes months to render an interim measures order obviously has practical consequences for the dispute itself. In the context of an armed conflict, lives could be lost. Another consequence is that the situation could materially change during the time period that the ICJ is considering the request for interim measures.

Finally, as for the third element, while it may be helpful to have thorough reasoning and established criteria in decision-making, this limits flexibility in indicating interim measures. And some might say that if there is any procedure where flexibility is required, it would be interim measures.

What conclusions for the ECtHR?

I think the answer depends on what one hopes to accomplish with interim measures. If one believes that a well-reasoned, judicial decision on such measures can stop armed conflicts, then perhaps the ECtHR should indeed move to judicialize interim measures. But let’s not forget former Registrar Erik Fribergh’s remarks in 2014 that “the Court is … not equipped to deal with large scale abuses of human rights”, and that “[i]t cannot settle war-like conflicts between States”. It should furthermore be recalled that the Court, in the context of inter-State cases of armed conflict, often does not go that much further beyond calling upon the parties to comply with their existing obligations under the Convention, in particular Articles 2 and 3.

At the end of the day, there is no clear answer to the question. No judicial institution has mastered the procedure of interim measures. There is no ideal model to follow. It is something that international courts and tribunals everywhere are struggling with, and something which they will probably continue to struggle with for some time. Given the importance of this procedure in the context of the European Court of Human Rights, however, it is something worth focusing on and discussing to ensure that it helps achieve the object and purpose of the Convention. 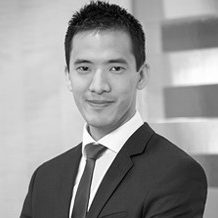 Peter Tzeng practices as a lawyer from Washington, D.C. and regularly works on cases before the International Court of Justice and other major international courts and tribunals.