Editorial #17: On Ukraine and Genocide

It is May, the war in Ukraine has been going on for over two months, and there are fears that the Russian aggression might spread further into Moldova. April is the month that marks the anniversaries of two genocides, the Tutsi and the Armenian. In the last month, the world has also learned about Bucha. Antonio Guterres, UN Secretary General, commemorating Tutsi victims, wrote the genocide “was neither an accident nor unavoidable”. Dmytro Kuleba, Ukrainian Ministry of Foreign Affairs, emphasised: “Bucha did not happen in one day”. Years of propaganda, inciting hatred and dehumanizing Ukrainians have laid the ground for it.

Raphael Lemkin referred to the Soviet attempts to destroy the Ukrainian nation, as the “classic example” of genocide – the term he coined and that was recognized as an international crime. Yet, Holodomor (literary “to kill by starvation”) of Ukrainians in 1932-33 – an artificial famine perpetrated by Soviets expropriating grain, but also any other means of subsistence – is recognized as genocide by only 17 states. In 2022, atrocities committed by Russian troops in the occupied regions of Ukraine, generate a sense of recurrence, and have revived the discourse of genocide(s) against Ukrainians. Evidence amounts that in an occupied Kherson region, a Ukrainian agricultural hub, the Russian army now confiscates the grain, creating a strong flashback to Soviet weaponization of hunger. Soviet flags are flown and statues of Lenin are erected. The Russian brigade responsible for the Bucha victims, received an honorary title from Putin, state-run news agency RIA Novosti calls for “de-Ukrainization”, the Soviet-developed idea of “brotherly nations” is repeated in the West. The Lemkin Institute is convinced that Russia is committing genocide in Ukraine.

Are we doing enough to support Ukraine? The Ukrainian ambassador in Germany, Andrij Melnyk, has been very outspoken in his criticism. The context of these statements – an existential threat to Ukraine and its people – affects not only the perception of the diplomat’s criticism from a moral standpoint. As Nathanael van der Beek explains in his blogpost, such statements are fully in line with what the Vienna Convention on Diplomatic Relations allows. ICJ proceedings regarding allegations of genocide are ongoing, and Mykola Gnatovsky, newly elected Ukrainian judge to the European Court of Human Rights, is resolute about a fight against impunity: “We don’t need explanations why this can’t be done. We need to find the way to make this possible.” While Caroline von Gall underlines Russia’s current pattern of denying apparent breaches of the law of armed conflict in her review of Michael Riepl’s recently published monograph on Russia’s approaches to International Humanitarian Law; Annegret Hartig looked at the potential prosecution of the crime of aggression in other states, and Johannes Block at the chances of prosecution of war crimes in Germany. Yet, it ought to be remembered that the crime of genocide must not only be punished but also prevented – an obligation that rests with each State towards its population, but also with the international community. Reports from Mariupol, Kramatorsk, Irpin, Chernihiv to mention just few places, indicate that we are terribly failing.

Is the United Nations’ system fulfilling its purpose in the maintenance of international peace and security? Tarcisio Gazzini is positive about the role of the United Nations. António Guterres flew to Kyiv after a visit to Moscow, to experience a missile strike from Russia, a permanent member of the UN Security Council. Amid the paralysis of the UN Security Council due to Russia’s veto power, Sergiy Kyslytsya, Ukraine’s Permanent Representative in the UN, brought an argument about Russia’s membership – the country is neither among the signatories of the UN Charter, nor UN’s founding member; Russia’s taking over the USSR seat in the UN Security Council was not put to the vote in the General Assembly – referring to Article 4 UN Charter. In the meantime, the General Assembly passed a resolution allowing it to convene a session when a veto is cast in the Security Council, and debate the situation over which the veto was invoked.

Discussions of potential peace treaties are already under way, and Kirsten Schmalenbach with Alexander Prantl examined their conditions, while Ralf Lewandowsky analysed what Russia’s disregard for the Budapest Memorandum means for future security guarantees. Jay Ramasubramanyam revisited the ‘Myth of Difference’ (B.S. Chimni) with view to refugees from Ukraine and from the Global South.

The most vulnerable are hit the hardest. As Ukraine is one of the world’s top grain exporter, the war in Ukraine could plunge more than 1/5 of humanity into poverty, destitution and hunger unseen in decades. Alba Grembi examined specifically search and rescue obligations in a situation of armed conflict.

In the meantime, Elon Musk reached a deal to buy Twitter, and already rejected the idea of blocking Russian news sources, referring to himself as a “free speech absolutist”. In this context, we must be reminded that a constant stream of hate speech and disinformation from Russian accounts constitutes a threat to people of Ukraine – “First comes the dehumanization. Then comes the killing”. We mourn the passing of Joseph Raz, a preeminent legal philosopher, whose discussion of free speech is slightly more sophisticated than “free speech absolutism”. And we are committed to not remain silent, to take sides, to listen and to advocate for action against the atrocities committed in Ukraine. 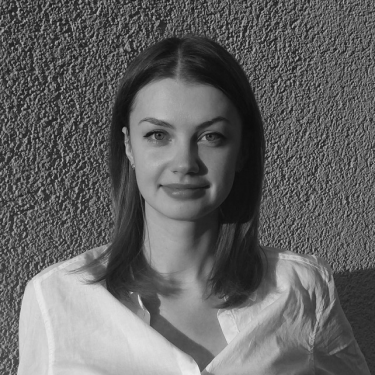