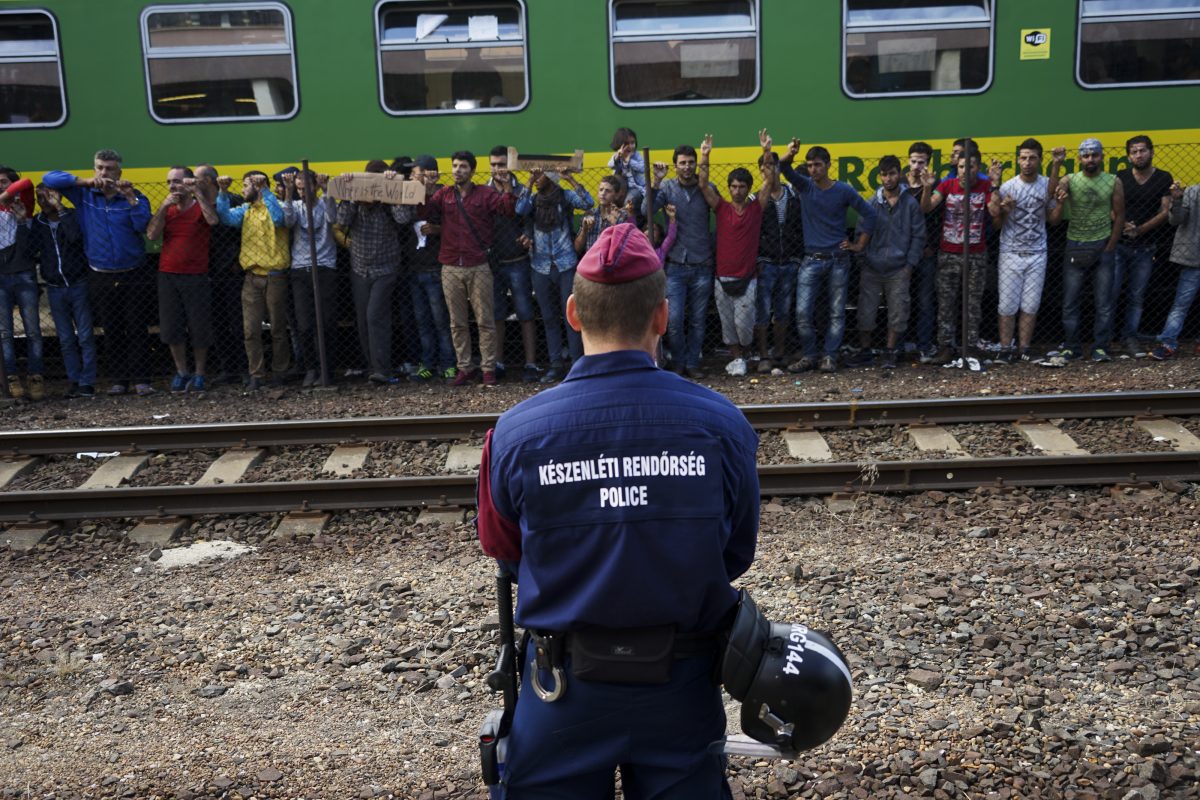 Some Refugees are Welcome, Others Not So Much

Revisiting the ‘Myth of Difference’

Over a quarter of Ukraine’s population has been uprooted since Russia’s invasion of Ukraine in late February. The Office of the United Nations High Commissioner for Refugees (UNHCR) reported that over 13 million people are in urgent need of humanitarian assistance. Many Ukrainians have fled to neighboring European countries in search of safe havens. The Government of Canada said that it was prepared to welcome an “unlimited number” of Ukrainians by waiving typical visa requirements. The situation of Ukrainians remains dire, and they deserve the protection that they are receiving from many Western states. However, there is an uneasiness that needs to be examined further that stems from the stark contrast in the way Ukrainian refugees have been treated versus those who have fled conflicts and instabilities in the Global South.  Disparate standards of protection have been institutionalized within instruments of refugee protection. Historically, forced displacement was conceptualized from a Eurocentric perspective that left certain refugee situations outside the purview of the global refugee regime Therefore, it should come as no surprise that European states show a great deal of benevolence towards Ukrainian refugees, but continue to apply hostile policies of expulsion and pushback towards asylum seekers and refugees from Global South countries.

The 1951 Convention Relating to the Status of Refugees is viewed as the cornerstone in refugee protection norms. Given that the Convention was built on the heels of post-WWII disenfranchisement in Europe, the definition of a refugee was constrained temporally and geographically. This meant that the Convention applied only to those who were fleeing specific circumstances, during specific periods in history, in Europe. The 1967 Protocol Relating to the Status of Refugees abolished the temporal and geographical restrictions so as to allow for a more universal application of the Convention’s norms. However, such an application remains aspirational as it is belied by the inconsistency with which international protection is afforded to different groups of refugees.

The Myth of Difference

This hostility can be attributed to the myth of difference. In the late 1990s, Professor B.S. Chimni devised the term ‘myth of difference’. This notion contributed to an understanding that “the nature and character of refugee flows in the Third World were … radically different from refugee flows in Europe since the end of the First World War”, something that remains pertinent to the current situation in Ukraine. The myth of difference alluded to “an image of a “normal” refugee” who could be identified as “white, male and anti-communist—which clashed sharply with individuals fleeing the Third World”. The notion of myth of difference also contributed to a skewed interpretation of the root causes of refugee flow that laid the blame solely on postcolonial states without taking into account the impact that external factors such as colonialism had on such instabilities. This has rendered the basis for international protection framework as prescribed by the Convention and Protocol unsuitable for refugees from the Global South.

Western states’ overwhelming openness to providing Ukrainian refugees with immediate support stands in stark contrast to the hostility towards asylum seekers from the Middle East and North Africa. While safe transit routes have been offered to Ukrainian refugees, the same cannot be said about refugees from the Global South. Thousands who flee instabilities in the Middle East and African states, succumb during their perilous journeys across the Mediterranean, in their attempt to reach safe havens in Europe.

While the ‘myth of difference’ may have been attributed to the fact that certain refugees did not possess the same ideological or geopolitical value after the end of the Cold War, the fact remains that the current openness to Ukrainian refugees is a manifestation of racialized asylum policies and undesirability of non-European/non-White asylum seekers. This can be attributed to the blurring of boundaries between forced and economic migration. Western states have created a system of asylum whereby, claims by refugees from former European colonies or other Global South states are delegitimized, in an attempt to erode their right to asylum and create a fixed binary between economic and forced migration. When refugees from the Global South seek safe havens in Europe, their large numbers are weaponized to create exclusionary asylum policies.

The myth of difference is also revealed in the way political leaders in Europe have characterized Ukrainians as civilized and superior as opposed to the incendiary rhetoric attached to those from the Middle East or Africa. For instance, soon after the first wave of displacement in February, Bulgarian Prime Minister Kiril Petkov referred to Ukrainians as “intelligent” and “educated”, as opposed to those “who were not sure about their identity, people with unclear pasts, who could have been even terrorists.” Far-right politicians like Santiago Abascal of Spain’s VOX Party went a step further in his hostility towards non-white refugees. While expressing his support for the acceptance of Ukrainian refugees, Abascal said that the difference was quite simple as non-white refugees from the Middle East “have launched themselves against European borders in an attempt to destabilize and colonize it.”

This disproportionality in refugee protection and rhetoric demonstrates that states have deliberately implemented an exclusionary instrument that tends to invalidate the concerns of refugees from the Global South. Aside from being compelled to fit a normative set of expectations, refugees are also expected to traverse an unforgiving terrain of conditional existence that is validated solely through policy prescriptions and representations by media. The latter has been evident in the way mainstream western media have characterized Ukrainian refugees. From CBS News’ Charlie D’Agata characterizing them as “relatively civilized” to Al Jazeera’s Peter Dobbie describing them as “prosperous middle class people”, the contrast in discourse is stark. The response of Western states to step in to support Ukrainian refugees has been immediate and swift. Not only have states opened the doors for Ukrainian refugees, but public opinion on the matter has also been consistent with state policy. Conversely, the plight of refugees from the Middle East or other Global South states, facing similar threats, oftentimes due to Western interference in their domestic affairs, do not evoke similar responses. Instead, Western states are preoccupied with regional containment of refugees from the Global South. The 2016 EU-Turkey Deal is an example. Under this deal, states in the European Union closed their borders to refugee arrivals in exchange for €6 billion to contain them in Turkey. More recently, the deal struck between the United Kingdom and Rwanda represents yet another policy of externalizing migration management. Under this deal, those seeking asylum in the United Kingdom will have their claims processes in Rwanda and if successful will be offered a chance to stay there. If not, they will be returned to their country of origin. Deals like these are unfathomable under current circumstances, as a shared sense of identity may have swayed public opinion in favour of Ukrainians. Anti-refugee sentiments often emerge from the fear of sudden demographic change. However, Europeans do not view Ukrainians as those fleeing conflicts from distant lands as they do with those who are fleeing the Middle East. This is evident from the dramatic change in European attitudes towards refugees from Syria versus those who have recently arrived from Ukraine. States like Poland, as recently as January, built walls to keep out asylum seekers from Afghanistan and Syria, while adopted an open door policy to Ukrainians Unsurprisingly, though racial discrimination has been included as grounds for persecution in the Convention, the structure upon which the instrument of refugee protection is built is racialized.

This disparity in protection is not an aberration but is entrenched in the global refugee regime. Such anomalies have been prevalent in Europe for decades. In fact, amidst the arrival of Sri Lankan Tamil asylum-seekers in the region in the mid-1980s governments “refused to improve protection for [them]”. This restrictive approach was undertaken “despite UNHCR claiming that the Tamils’ predicament was of legitimate concern”. In addition to Tamil refugees, European states faced the arrival of over 1.3 million asylum seekers from Asia, the Middle East, and Africa who were fleeing political crises and conflicts around this time. Despite many of these people facing threats upon return to their countries of origin, states did not consider them to be refugees. As opposed to improving conditions of protection, states in Europe began to build barriers, adopted restrictive policies to deter more people from arriving, and toughened access to asylum procedures. Rather than broadening the criteria for refugee protection, European states were preoccupied with their need to safeguard their autonomy over issues of immigration and refugee policy.

Eurocentric Legacies Are to Blame

The disparity in refugee protection is attributed to the fact that refugeehood has been, and continues to be, conceptualized, institutionalized, and predicated on the interests of Europeans and European states. This preoccupation with European disenfranchisement points to the Eurocentrism endemic in international cooperation wherein the narrative of ‘international’ did not include the Global South. Very little of the history and evolution of international refugee law includes perspectives from Global South states.

Finally, the contestations and objections that have arisen over a period of time, in conceptualizing refugeehood, have also been specific to European objections as opposed to those that were advanced by states in the Global South. The inherent idea is that international refugee law continues to be a European solution to a European problem, thereby placing displacement in the Global South outside the purview of these frameworks.

It becomes clear that the myth of difference is foundational in conceptualizing specific practices of international protection. The exclusionary politics of asylum today can be attributed to the inadequacy of integrating theories of race and racism within the historical development of the global refugee regime. The operationalization of the refugee regime has deliberately rendered particular identities invisible, which has resulted in refugees from the Global South being left outside the ambit of international protection. The current miasma will be difficult to come to grips with unless discourses on refugee protection include the pre-existing inadequacies and lacunae inherent in international refugee law instruments. 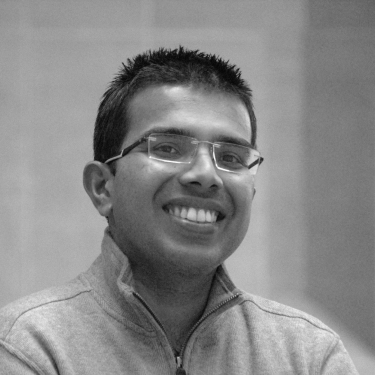 Jay Ramasubramanyam is an Assistant Professor in the Department of Social Science at York University, Toronto. He is a global south migration researcher. His research explores the asymmetries of power and knowledge production in the field of refugee studies and refugee law.