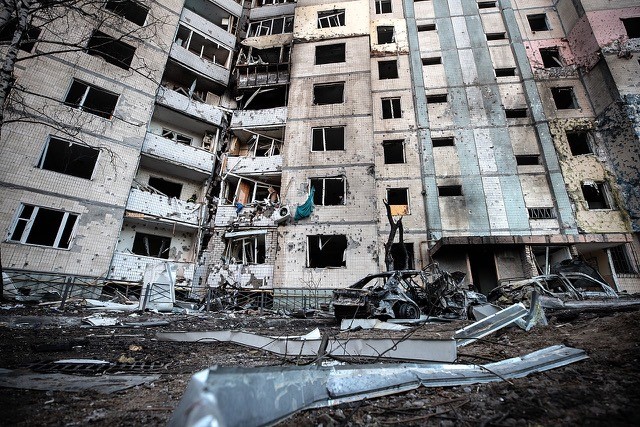 The pictures and videos of the brutal attacks against civilians in Mariupol, Bucha, and other Ukrainian cities have left us shocked and disturbed. With these disturbing pictures in mind, I highly recommend reading Michael Riepl’s recently published monograph (open access) on Russia’s approaches to International Humanitarian Law (IHL), i.e. the law that applies in times of armed conflict. The intriguing and illuminating book helps to put these events into perspective and recognize certain patterns of Russian warfare established in recent years. While the author’s book was published before Russia’s aggression against Ukraine, Russia’s current way of waging war fits the pattern described in Michael Riepl’s study.

But what is most fascinating about Michael Riepl’s book is that he presents the story of Russian IHL not as an entirely sad and gloomy story. On the contrary: He shows that Russia has completed a journey from one extreme to the other: According to Riepl, Russia has turned from a saint to a sinner – from “Paul to Saul”, as Riepl put it. While Russia today is a country that breaks international law, in the 19th century it was a country that used to make international law.

To consider Russia a humanitarian-minded state might seem absurd against the backdrop of its current war on Ukraine. Yet, Russia was once praised for its “desire for peace” (in the words of a British Prime Minister in a letter to the Russian ambassador, 1894) and had a tremendous influence on the early development of IHL. It was Russia that initiated the St. Petersburg Declaration (1868) – the first modern treaty banning a specific weapon. More importantly, the Declaration’s preamble laid the foundation for modern day IHL acting as a precursor to the principles of humanity, distinction, proportionality, and the prohibition of unnecessary suffering.

It was Tsar Nicholas II who convened the First Hague Peace Conference (1899) which culminated in the adoption of the first comprehensive code of warfare – the Hague Regulations – still in force today. In addition, the outstanding Russian diplomat and scholar Fyodor Martens helped to shape IHL like few others and his name was immortalized in the famous Martens Clause.

The First World War, however, marked a watershed. Under the Bolsheviks, IHL lost its privileged status and IHL compliance during World War II hit an all-time low on the Eastern Front (mainly on the German, but also on the Soviet side). That being said, the USSR continued to make remarkable contributions to IHL. It advocated for a better protection of civilians in wartime (which would later become the Fourth Geneva Convention of 1949) and it supported the introduction of Common Article 3 that extended IHL to non-international armed conflicts.

But what of today? What is the approach of the Russian Federation to IHL? The author’s book looks at this question from three angles:

From each angle the author arrives at the same bitter conclusion: Today, Moscow blocks, evades, and outmaneuvers IHL in a systematic way that undermines the field of law as a whole.

Since 1991, Russia has not supported one single major treaty advancing IHL or strengthening its compliance. On the contrary, the author argues, it became an “eternal skeptic” and has turned its back on existing compliance mechanisms such as the International Criminal Court (ICC) and the International Humanitarian Fact Finding Commission (IHFFC). Furthermore, Russia’s implementation of IHL into domestic law is insufficient, despite the initial openness of its 1993 constitution towards international law.

However, it is Russia’s IHL record on the battlefield since 1991 that is best suited to illustrate a sad truth: Russia seeks to systematically evade the restrictions that IHL imposes on warfare. In order to do so, the author argues, Russia has been resorting to three “tools”:

The first tool he nicknames the “paintbrush”: Russia blurs the lines between war and peace and thus avoids the law by denying the very application of IHL as a whole. This is best exemplified by the two Chechen Wars (1994-1996 and 1999-2009). Despite the fact that hostilities dragged on for more than a decade and caused tens of thousands of civilian casualties, Russia never accepted the applicability of IHL to what it called a “fight against bandits” outside the scope of international law.

The second tool is called the “apprentice”: Russia avoids IHL by outsourcing warfare to a special kind of proxy. While outsourcing has been a common phenomenon among all states waging war, Russia uses special proxies such as the infamous Wagner Group (which has been active in Ukraine since 2014 and recently was allegedly tasked with killing Zelensky). These proxies carry out offensive missions, are unregulated by Russian law, and maintain a high degree of deniability which makes it difficult to attribute IHL violations to the Russian State.

As a third and final tool, Russia resorts to the “sledgehammer” as Riepl calls it: When confronted with possible IHL violations, Russia simply denies the facts that form the basis of the allegation. This mostly concerns armed conflicts in which Russia openly admits the involvement of its troops and even accepts the de jure applicability of IHL, for example in the Russo-Georgian War (2008) or the war in Syria (since 2015). The author explains, how Russia’s campaign in Syria saw the systematic bombing of health installations and other civilian infrastructure constituting grave violations of IHL. It is striking, however, that Russia never engaged in any discourse on the law (e.g. by providing legal counterarguments) when confronted with these allegations. It rather resorted to a policy of denying irrefutable facts, thus stalling any legal debate.

From Paul to Saul?

In a thought-provoking last part of the book, Riepl is contrasting past and present and asks why, in terms of IHL, Russia has so fundamentally changed since 1868? It is obvious that Riepl’s picture of Saul and Paul is slightly exaggerated and the history of Russian IHL is not all black and white. But this simplifying and provocative picture surely helps to engage the reader to further contemplate Russia’s changing approaches to IHL. Michael Riepl’s own explanation for Russia’s transformation is very much shaped by the changing nature of IHL. Riepl explains that it is harder to adhere to IHL today than it was in the 19th century. At this point an observant reader might wonder, to what extent it is also the nature of the current Russian regime that is responsible for the Russian state practice as described in the book. Whereas in the first historical part the author presents some individual protagonists like the Tsar or Russian scholar Fyodor Martens, in the second part Riepl usually talks about “Russia” as a state. This is perfectly fine as the study is written from the perspective of international law and Russia is the subject or the actor in international law. But with this perspective, the conditions under which the Russian approaches to IHL are developed internally remain very much a black box. Especially when the author talks of “Russia’s change of heart” in IHL, one might ask which actors and what internal circumstances have led to the described legal practice. It is obvious that not only the changing nature of IHL but also the quality of Russia’s internal authoritarian regime and its power mechanism are crucial for understanding Russia’s state practice in IHL. Not only in terms of foreign policy but also in internal politics Russian authorities have opted for a “politics of fear” (Vladimir Gelman) which include intimidation and public discrediting of the regime’s critics, and selective persecution and open harassment of opposition activists to enable regime survival. With fear and repression as internal political strategy we see obvious parallels to the way the law is used in foreign relations. While the law is an important source of legitimation for the ruler, it has no limiting power on him, neither by the constitution nor by international law. On the contrary, law as an instrument of power for the ruler includes the ability of breaking it. By its dual nature the law gives the ruler the power to break it any time to demonstrate power and secure regime stability. Spaces for the democratic public or scholars in Russia to contest the regime’s policy were shrinking during recent years. That being said, it is to add that many Russian lawyers today left state institutions, but helped to shape and to develop international law by representing victims before international organizations and institutions such as the European Court of Human Rights.

Michael Riepl’s book is part of a series of new books on Russian international law. It follows Johannes Socher’s monograph on “Russia and the Right to Self-Determination” and Anna Melikov’s (German) book on Russia’s doctrine and practice of the use of force under international law, both published in 2021. They all relate to Lauri Mälksoo’s 2015 standard reference “Russian Approaches to International Law” as well as to the groundbreaking question raised by Anthea Roberts in her 2017 book “Is International Law International?”. While many scholars have discussed regional approaches to international law before, Roberts’ book responds to the hopes raised by the collapse of the Soviet Union for a universal approach to international law as an order designed to create peace and (at least on the European level) even human rights, democracy and rule of law. Michael Riepl adds to the literature explaining why these hopes and expectations have not been fulfilled.

This excellent book answers most questions but raises a new one: With all the information provided by the author: why weren’t we prepared for the current war and the way in which it is conducted? While the author’s book was published before 24 February 2022, Russia’s current approach to IHL in Ukraine follows the same pattern of denial and evasion. In particular, IHL in Ukraine is falling victim to Russia’s “sledgehammer” approach, i.e. the crude denial of apparent IHL violations.

It is too early to cast a final verdict on Russia’s general IHL compliance in Ukraine since 24 February 2022. The final conclusion can only be drawn once the dust has settled. This tedious work will be left to scholars as well as – hopefully – international tribunals and national courts that have jurisdiction over war crimes. The calls for justice already ring out and the ICC has opened an investigation. In the short run, Riepl’s findings give reason to fear that this war will see more atrocities and violations of international law. In the long run, however, the book also leaves room for hope. Choosing an historical perspective allows for optimistic prospects: It shows that nothing is forever. But as things stand today, Russia’s approach to IHL is not likely to change in the near future. 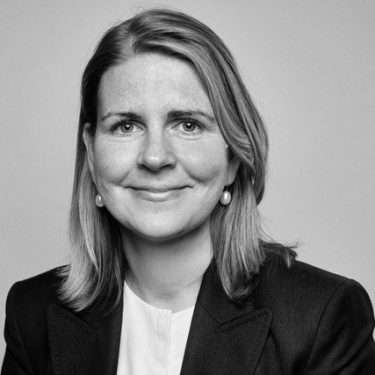 Caroline von Gall is currently a guest professor at Free University Berlin and was a Junior professor at the Institute for Eastern European and Comparative Law at the University of Cologne before.