Painting: The Signing of Peace in the Hall of Mirrors, Versailles, 28 June 1919, by William Orpen. Public domain, photographic reproduction on Wikipedia.

How to End an Illegal War?

It is a commonplace that wars are ended by peace treaties, and that is what many hope for in case of Russia’s ‘war of choice’ in Ukraine, which has been raging for over 50 days with great human losses. When it comes to armed conflicts it is the international community’s modus operandi to stop the fighting as soon as possible, preferably by negotiating a ‘quick peace’. Indeed, when Russia illegally annexed Crimea in 2014 and fomented the militant separatist movement in the Donbas, the then French president François Hollande and German chancellor Angela Merkel put forth a peace plan on 7th February 2015. Ukraine was forced to accept what became known as Minsk II due to its weak military position in the Donbas and agreed, inter alia, to undertake constitutional reform to provide the Donbas with greater autonomy. The agreement was signed by the representatives of Ukraine, Russia, the separatist leader as well as a Swiss representative of the OSCE.

Article 52 Vienna Convention on the Law of Treaties (VCLT) states that ”(a) treaty is void if its conclusion has been procured by the threat or use of force in violation of the principles of international law embodied in the Charter of the United Nations.” This seemingly is at odds with the international community’s approach to peace, and for good reason. The pursuit of a ‘quick peace’ often means appeasing an aggressor to some degree to stop the fighting, creating scenarios where illegal force can be successfully used to extract favourable peace treaties. Hence, Article 52 VCLT raises an interesting question suspiciously absent from public discourse: Can a legally binding peace treaty emerge from an illegal war?

At the heart of Article 52 VCLT is the phrase “has been procured”, which requires a causal link between the unlawful use of armed force and the conclusion of the treaty. It is, and always has been, the clear aim of Article 52 VCLT to safeguard the principle of free consent by preventing an aggressor from extracting contractual advantages through the unlawful use of force. For this reason alone, it is legally irrelevant whether an aggressor starts a war to achieve certain treaty concessions or whether concessions are opportunistically seized as a by-product of the illegal war. If a treaty has been procured by the illegal use of armed force, the treaty is ex lege and ab initio null and void (Article 69(1) VCLT). Evidently, Article 52 ties in not only with the general prohibition to use armed force (Article 2(4) UN Charter) but also with the obligation of all States not to recognise any illegal gains procured through it (ICJ Wall Opinion).

The UN General Assembly, in Res ES 11/1 of 2 March 2022, was quite clear about the illegality of Russia’s war when stating in para 2 of the Resolution’s operational section: “…the aggression by the Russian Federation against Ukraine in violation of Article 2 (4) of the Charter.” This leaves little doubt that Article 52 VCLT has been violated by Russia and Ukraine would not be exercising free consent in agreeing to whatever terms they may settle upon. Russian troops fighting in Ukraine, occupying parts of its territory and bombarding civilian population centres create a direct causal link between Ukraine consenting to a peace treaty and Russia’s unlawful military coercion.

However, this Article-52 assessment has a proviso. If the scope of a treaty is restricted to the mutual cessation of hostilities (an armistice), the provision of humanitarian assistance, a prisoner-of-war exchange and so forth, the peace treaty cannot be deemed as having “been procured by the threat or use of force”. This is because, under Article 30 State Responsibility, every war necessitates the conclusion of such treaty, however, the aggressor has not exploited the situation for any gain beyond ceasing the hostilities and suffering. One can even argue that armistices, as a prelude to lasting peace, are a matter of ius in bello (Article 36 to 41 of the 1907 Hague Regulation) and, therefore, lex specialis to Article 52 VCLT. The interpretation of Article 52 VCLT in light of its object, purpose and systemic context within international law (Article 31(1) and (3)(c) VCLT) excludes such treaties from the legal consequence of nullity. For example, even though the ICJ established in its 2005 judgment in Congo v Uganda that Uganda committed a grave violation of Article 2(4) UN Charter when it militarily intervened in the Congo in 1998 (para 165), the 1999 Lusaka Ceasefire Agreement between Congo, Uganda, Namibia, Rwanda, Zambia and Zimbabwe is arguably legally valid because its provisions focus on ending the hostilities and the disentanglement of the conflicting parties. The ICJ in Congo v Uganda was neither asked to assess the legality of the Lusaka Ceasefire Agreement nor did it discuss Article 52 VCLT ex proprio moto; rather the Court in para 26 approvingly noted that the agreement acknowledges the legitimate security concerns of Congo’s neighbours, including Uganda. Indeed, the Lusaka Agreement in its para 19 obliges the Congo to enter into a national dialogue with its armed opposition, which makes perfect sense from a regional security point of view but harbours nevertheless the danger to push the agreement towards running afoul of Article 52 VCLT.

The Court’s pragmatic approach to peace cannot surpise: effective peace treaties usually have a much broader approach in that they seek to establish the conditions for lasting peace between the warring parties. However, this is difficult to achieve in the current conflict because Russia seeks to address its security concerns by requiring, inter alia, Ukraine’s demilitarisation and surrender of a significant portion of its territory to Russian control. Such ‘concessions for peace’ will impact the entire peace treaty: Article 52 VCLT does not allow for the surgical removal of any parts infected by the illegal war; the treaty is in its entirety, null and void (Article 44(5) VCLT).

When Law and Practice Collide

Evidently, this unambiguous legal assessment suffers from a certain detachment from real-world practice when it comes to ending wars. One can reasonably ask, is not almost every peace treaty the outcome of coercion forcing consent from a militarily overmatched party? Indeed, the legal rigidity of Article 52 VCLT profoundly conflicts with the international community’s prime objective regarding conflict, namely to restore peace irrespective of who infringed Article 2(4) UN Charter. As such, most governments, relevant organisations and international lawyers, be they pragmatists or realists, value peace above the principled approach of Article 52 VCLT. Returning to Ukraine, a good example of this mindset is Minsk II, hailed in most of Europe as a fragile path to peace but one that pushed aside any legal concerns about the coercion used to gain Ukraine’s consent.

The conflict between two core international values, namely peace and the sovereign consent of an attacked State, can be difficult to resolve on a political level. However, it seems to be the start of a slippery slope if the international community simply sacrifices one core value to preserve another. This leads to the question of whether international law provides a way out of this dilemma. One may think an attacked State has a sovereign right under international treaty law to waive the legal consequences of Article 52 VCLT for the sake of peace, however, Article 45 VCLT precludes this waiver if the waiver itself is procured by the illegal use of armed force. Another possible solution may seem to be the authority of the Security Council. In the case of Ukraine, the very idea that the Security Council could use its Chapter VII powers to furnish a future Russian-Ukraine peace agreement with legally-binding force has a particularly bitter taste given Russia’s presence in the council. In any case, the ius cogens character of the prohibition of the use of force obliges both UN Member States and the Security Council to not recognise any gains made by Russia via an illegal war. This is an immutable situation as even Article 103 UN Charter does not place the Security Council above Article 53 VCLT (ius cogens).

As such, the legal solution proposed here for the current conflict seeks to put Article 52 and 44(5) VCLT, which render the coerced treaty void, into the wider context of general international law. If, under present conditions, the Russian Federation and Ukraine do conclude a comprehensive peace agreement that stipulates Ukraine’s future neutrality, the treaty would be void. However, any sections of the voided treaty that reflected the parties’ general obligations under Article 30 State Responsibility, while simply declaratory within the treaty context, are still valid requirements under customary international law. In other words, the general obligation to cease the unlawful use of force persists beyond the treaty’s nullity and forms the legal basis for an armistice and the withdrawal of troops. As for the demilitarisation and neutrality of Ukraine, if these concessions are willingly offered rather than being ‘procured’ by Russia’s military aggression and/or future threats thereof, an agreement about such would be both legally valid and binding upon Ukraine. If, however, Ukraine manifests a desire to pursue a course other than demilitarised neutrality when hostilities cease, then the original offer was seemingly more procured than willingly made. Whatever the outcome proves to be in Ukraine, Minsk II has shown us a quick path to peace is not necessarily a lasting path to peace and ignoring Article 52 VCLT carries its own risks. 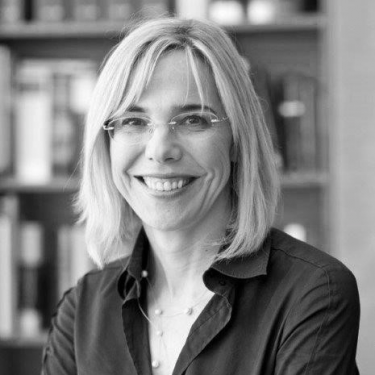