Time flies when you’re having fun – and also, it would seem, when you’re watching world events unfold on your device screen, struggling to keep up with the break-neck speed of all those actual and so-called crises. International law, a discipline usually more known for its glacial pace, was called to join the race this year, most urgently following Russia’s invasion of Ukraine in late February. Völkerrechtsblog effectively became a “blog of two speeds” for a number of weeks: while our commitment to slow blogging stands, we did participate very actively in the international law community’s answer to the Russian invasion as the debates unfolded across the blogosphere and social media.

It comes as no surprise that these developments show in our 2022 statistics. Our article collection on Russia’s full-scale invasion of Ukraine, which we will continuously update, contains 60 posts to this day, of which seven articles are among our top 15 most read of the year. Three of those seven were published between 24 and 26 February 2022 alone. Our quick reactions to the events, which we hope contributed meaningfully to the debates, were only possible due to our super-committed editors working closely with our amazing authors to make their analyses widely accessible to the legal community and beyond.

But we didn’t just publish about Ukraine, and our editors didn’t just edit! In our most clicked article this year, our wonderful managing editor Sissy Katsoni examines the right to abortion under the European Convention on Human Rights. It already ranked 8th in 2021. She did not only author last year’s number one as well – an assessment on the compatibility of compulsory vaccinations against COVID-19 under the ECHR – but also contributed in one way or another to three other articles in our 2022 list: Jan-Phillip Graf and Sissy Katsoni reflected on the future of “climate refugees” in international law on the occasion of an online event on this topic at the Institute for International Law of Peace and Armed Conflict Bochum in 2021 (#10). Sissy Katsoni organized the first edition of our annual symposium on women and international law, too. Two of these seven contributions on reproductive rights – Pia Lotta Storf on gendered impacts of the Russian aggression in Ukraine and Ramya Jawahar Kudekallu on India’s forced sterilization practices – reached our top 15.

Other articles among our top 15 might already be familiar to our most loyal readers: Ranked third this year, Cris van Eijk’s analysis on the activities of Elon Musk’s company SpaceX on Mars was our #2 in 2021 and our #1 in 2020, leaving only one question: will it come in fourth in 2023? The tripartite piece titled “Ukraine v. Russia: Passage through Kerch Strait and the Sea of Azov” by Valentin J. Schatz and Dmytro Koval from 2018 was #14 in 2021 and #9 in 2020 but naturally gained new relevance in 2022 and finished fifth. One of our ‘all-time classics’, considering it was written in 2016, Carrie Menkel-Meadow’s “The History and Development of “A” DR”, also made it into our top 15 for another year.

We are happy to see that three of our most-read articles are interviews conducted by our editorial team members. They all deal with the Russian invasion: Lauri Mälksoo was interviewed on aggression and the ‘civilizational turn’ in Russian politics of international law (#4, published on 25 February 2022, interview by Hendrik Simon), Kanstantsin Dzehtsiarou on the Council of Europe’s decision to suspend Russia (#11, 26 February 2022, interview by Justine Batura and Nesa Zimmermann) and Alain Pellet on his resignation as counsel for Russia (#9, 4 July 2022, interview by Justine Batura, Julian A. Hettihewa and Polina Kulish). Interviews, last year has shown, can be a particularly successful type of publication for (international) law blogs. Because of their structure, they are very accessible to a broad audience, and their flexibility plays to blogs’ strengths in terms of responsiveness.

Two symposia have dedicated themselves to the interview format: already started in 2021, our interview series “International Law and the Political” has been continued in 2022 with thought-provoking encounters on “sentiment without sentimentality”, the politics of engaging with the past, Marxism, and interdisciplinarity in international law. Introduced in October, the symposium “Person behind the Academic” aims to unveil various international legal scholars’ sources of inspiration to dissect the remoteness of academia.

Other symposia hosted on the blog last year, some of them co-organized with our esteemed partners and guest editors, discussed comparative climate litigation in North-South perspective, a framework for Business & Human Rights, the past and future of the International Criminal Court, Adivasi struggles in Chhattisgarh, reviews on Dimitri Van Den Meerssche’s book “The World Bank’s Lawyers”, and racial profiling in Germany.

If you would like to contribute to a symposium on Völkerrechtsblog yourself, take a look at this open Call for Abstracts on “Standing on the Shoulders of Giants” (deadline: 20 January 2023)!

Turning to another part of our website, we are particularly delighted that with the aforementioned piece on climate refugees, a contribution consisting of a video and an article enriches our top 10. Have you checked out Völkerrechtsblog’s media section yet? We recommend exploring the variety of podcast episodes and event recordings, for example the so far 32 episodes of the Walther Schücking Institute for International Law’s “Völkerrechtliche Tagesthemen” event series. There you can also find the recordings of our 2022 Völkerrechtsblog conference “Opening Access, Closing the Knowledge Gap? International Legal Scholarship Going Online”.

Speaking of media content, we would like to thank all listeners of our Völkerrechtspodcast who made scrolling through our 2022 ‘Spotify Wrapped’ for hosts a real pleasure! Now entering its third year, the podcast remains a joy to make, and we owe thanks to all of our fascinating guests for joining us.

On the topic of thanks, we are also looking forward to continuing the cooperation with our publishers.

We hope that you enjoyed spending some of your time with us this past year and that you will join us in 2023 for even more blogging, podcasting, and debating – at varying speeds perhaps, but always committed to making time for an in-depth and productive exchange about international law.

Here are the 15 most-clicked articles on Völkerrechtsblog in 2022:

Dr. Isabel Lischewski is a Post-Doctoral Research Assistant with Prof. Dr. Nora Markard at WWU Münster. Her research interests lie in global governance, critical theory, and access to justice. She is an editor-in-chief at Völkerrechtsblog. 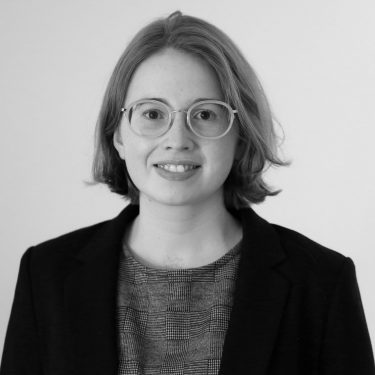 Daniela has been studying law at Humboldt University Berlin and Maastricht University and is a student assistant at Völkerrechtsblog.