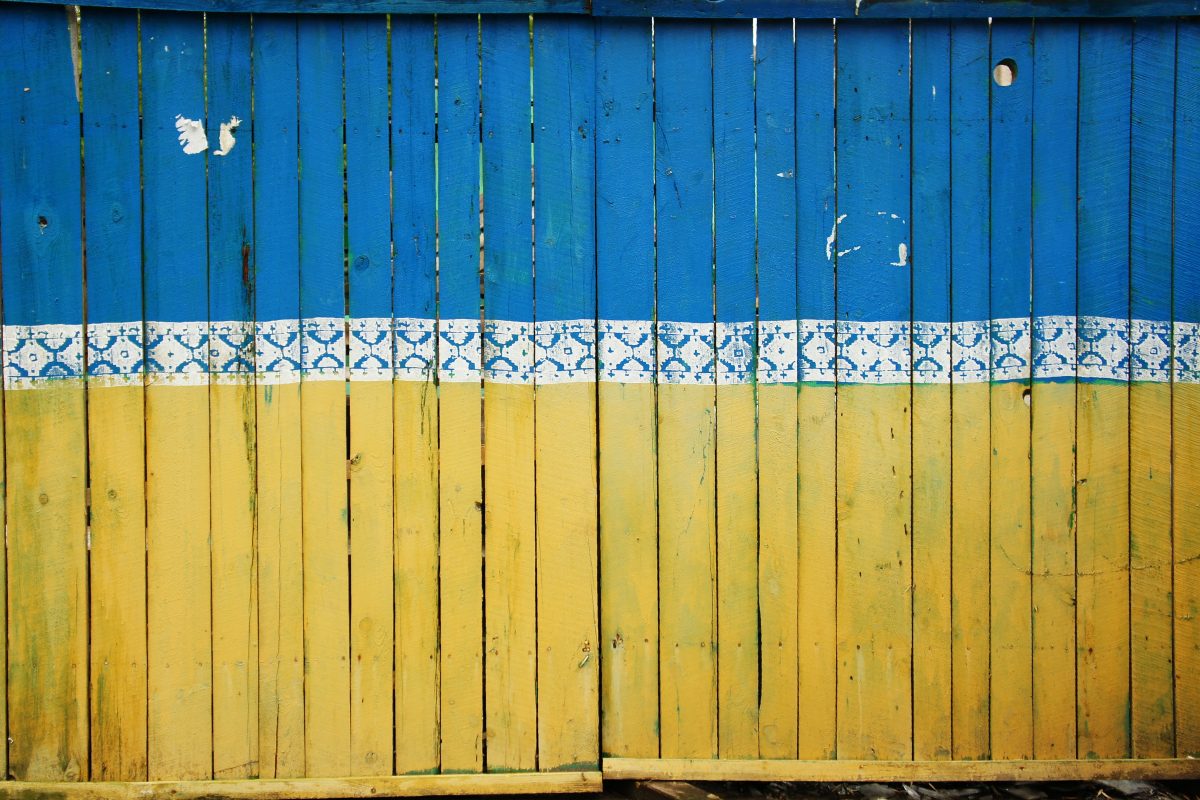 Photo by Tina Hartung on Unsplash.

The Weaponisation of International Law in Ukraine

A provocative feature of Russia’s invasion of Ukraine has been invocation by Russian officials of the legal language of “sovereignty”, “self-defence”, “genocide” and of “international law” itself. In tactical terms, Russia is engaged in a form of “lawfare”, in which the target audience’s commitment to rule of law values is being exploited for military advantage. Misinformation success does not require that Russia convince its critics with a robust legal case, but only that its inchoate tangle of technical legal doctrines frustrate clear condemnation of illegal conduct. Yet these idiosyncratic legal claims should not distract from their deeper strategic coherence when read in the context of ongoing Sino-Russian attempts to redefine the most basic rules and values of international law. Legal experts have worked to combat the weaponisation of law by Russia, but much broader political participation will be needed to preserve a global legal order that universally condemns the kind of violence being inflicted on Ukraine and its people.

The illegality of Russia’s invasion has been established beyond any reasonable doubt by international law scholars and practitioners, which includes foremost contravening prohibitions on the use of force enshrined in the UN Charter, the crime of aggression and war crimes. Likewise, the strands of legalistic rhetoric used to defend Russian actions have been comprehensively refuted as they relate to claims of preventing genocide against Russian speaking people, self-determination and unilateral recognition of the Luhansk and Donetsk regions of Ukraine and justifications of “self-defence”. Clear and precise legal rebuttal is crucial for undermining Russian lawfare, but answering the bigger struggle over the very concept and purpose of international law requires a comprehensive response that transcends legal discourse.

Conflicting international law claims in Ukraine are symptomatic of an era in which geopolitical fault lines are increasingly translating into fragmented interpretations of the most basic rules and values of global legal order. On 4 February 2022, Russia and China released a “Joint Statement” that serves as a manifesto for what the states describe as “International Relations Entering a New Era”. In substantive terms, this is a vision for a more “authoritarian international law”, which has long been evident in attempts to remake global institutions and treaty regimes in their own image. What is new, is that this process is no longer limited to repurposing rules and institutions, but extends to redefining the most foundational of legal and political concepts. The Joint Statement advocates a definition of “sovereignty” in which each state’s subjective perception of its “peoples”, or even its “civilizational, cultural and historical” reach, defines a zone of “non-interference in internal affairs” that is coterminous with respective spheres of influence–plainly written with the impending Ukraine invasion in mind.

Likewise, the meaning of “democracy” is contested, not just in the domestic sphere, but in calling for the “democratisation of international relations” as a bulwark against Western and US hegemony. Yet this is no call for a system of equal representation – a global order resembling the one-state one-vote of the UN General Assembly. If this were so, both states would have submitted to the Assembly’s resolution calling for an end to the Ukraine invasion, which was supported by an overwhelming 73% of all UN member states. Rather, both states have long fixated on the UN Security Council as the nucleus of global order and the oligarchic powers of its five permanent members. Thus “democracy” here really means proportional representation allocated according to the global power and self-perceived prestige of major states. In other words, “democracy between states” collapses into an order where “the strong do what they can and the weak suffer what they must”.

A genuinely “democratic” international legal order would in contrast promote representative engagement by individuals and civil society, who have a role in contesting the legitimacy of values and principles being embedded in law. This translates into a division of labour between the participatory role of all global citizens, on the one hand, and the technocratic role of lawyers on the other. One of Australia’s most distinguished foreign policy correspondents has recently served as an unwitting vehicle for Russia’s disinformation campaign, by publishing a lay person’s interpretation of Russia’s inchoate claims. That analysis could only conclude that “when it comes to the amorphous concept of international law, what quacks like a duck and waddles like a duck can be interpreted as a dog.” Just as devaluing expertise has greatly exacerbated the harms of the COVID-19 pandemic, disregarding the overwhelming advice of international lawyers undermines law’s authority in sanctioning global threats.

Yet, as with the global pandemic, broad engagement is warranted and indeed critical at the level of defining the underlying values to be protected by expertise. There is a reason why Kenyan Ambassador Martin Kimani created a “sensation” in his recent condemnation of Russia before the UNSC. Kimani observed that the modern border of “almost every African country, was birthed by the ending of empire… Had we chosen to pursue states on the basis of ethnic, racial or religious homogeneity, we would still be waging bloody wars these many decades later.” Such words cut through inchoate legal arguments on the basis of their consistency with common understandings of order and justice. As it happens, the ambassador was also describing the rationale behind the legal doctrine of uti possidetis juris, which deems that the boundaries drawn through war and colonialism presumptively remain with the state that possesses them. But the technical scope of that rule remains primarily the concern of lawyers arguing specific cases before international courts or tribunals. No technical knowledge is required to access Kimani’s words in rebuttal to illegitimate Russian legal claims.

In this sense, law should be thought of as an imperfect but ever-evolving representation of the shared values and political agreements of real people about global order. In the specific case of the use of force, the outlawing of war as a policy instrument has acquired the status of a basic and broadly-recognised principle of global order, which governs narrow legal exceptions, rather than vice versa. The 2003 US led invasion of Iraq was justified through a sophisticated legal argument that UN resolutions authorising force in 1990 could be automatically revived 13 years later by Iraq’s “material breach” of obligations. The intervention was patently illegal to the vast majority of international lawyers, for illegitimately usurping the decision-making function of the UNSC. Yet even non-lawyers, faced with the superficial logic of the US argument, can start from the premise that any interpretation granting powerful states the self-judging power to declare when they are “enforcing” international law, is prima facie incompatible with a stable legal order.

Putin’s legal claims in Ukraine fall even below this level of a well-defined yet erroneous legal argument, with Russian officials cynically citing an array of legal principles and factual errors, without any attempt to define them or meet the relevant burden of proof, or to specify the link between legal authority and actions taken – however flawed. But for the purposes of political participation, the claims can be rejected as prima facie illegitimate for suggesting that there can be any construction of international law that permits a powerful state to unilaterally dissolve the sovereignty of another state, and to use lethal force to address its grievances about the regional balance of power.

The Russia-China Joint Statement declares commitment to ‘the international law-based world order’ as among its central pillars, which is contrasted with an order based on ‘rules elaborated in private by certain nations or blocs of nations’. These words seek to consolidate what both states have, until now, perceived as a rhetorical advantage over their Western counterparts, who more often advocate in terms of the “rules-based order”. Russian Foreign Minister Sergey Lavrov has frequently criticised “the trend of our Western partners to make fewer references to international law or even remove it from the international lexicon altogether”. For Lavrov, this positions Russia and China as the true guardians of international law, with the “rules-based order” symbolising a “dangerous relapse into bloc policy and creation of dividing lines between a group of Western countries and other states”.

There is little substance behind this rhetoric, with both sides equally offering a competing vision for the future of international law. The imputation has no doubt been sustained by the US and its Western allies repeatedly using force in controversial or blatantly illegal circumstances – with Putin, on the eve of war, naming Kosovo, Iraq, Libya and Syria as “the most egregious, but by no means the only, examples of disregard for international law.” But the Joint Statement is flawed not because it identifies Western states as sometimes hypocritical, but because it seeks to transform law into a tool that would never contradict Russian and Chinese interests. From that perspective, any credibility in criticisms of the “rules-based order” is entirely nullified by Russia’s brutal invasion of Ukraine and the acquiescence or tacit support of China. Lawyers and non-lawyers alike share responsibility for condemning this moment as irreconcilable with any possible meaning of a stable and normatively desirable international legal order. 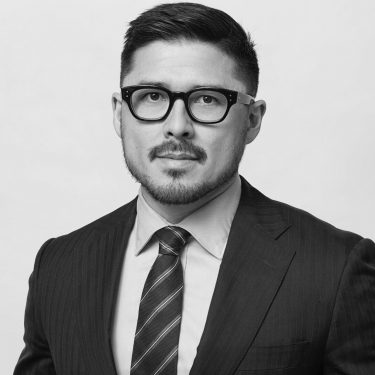