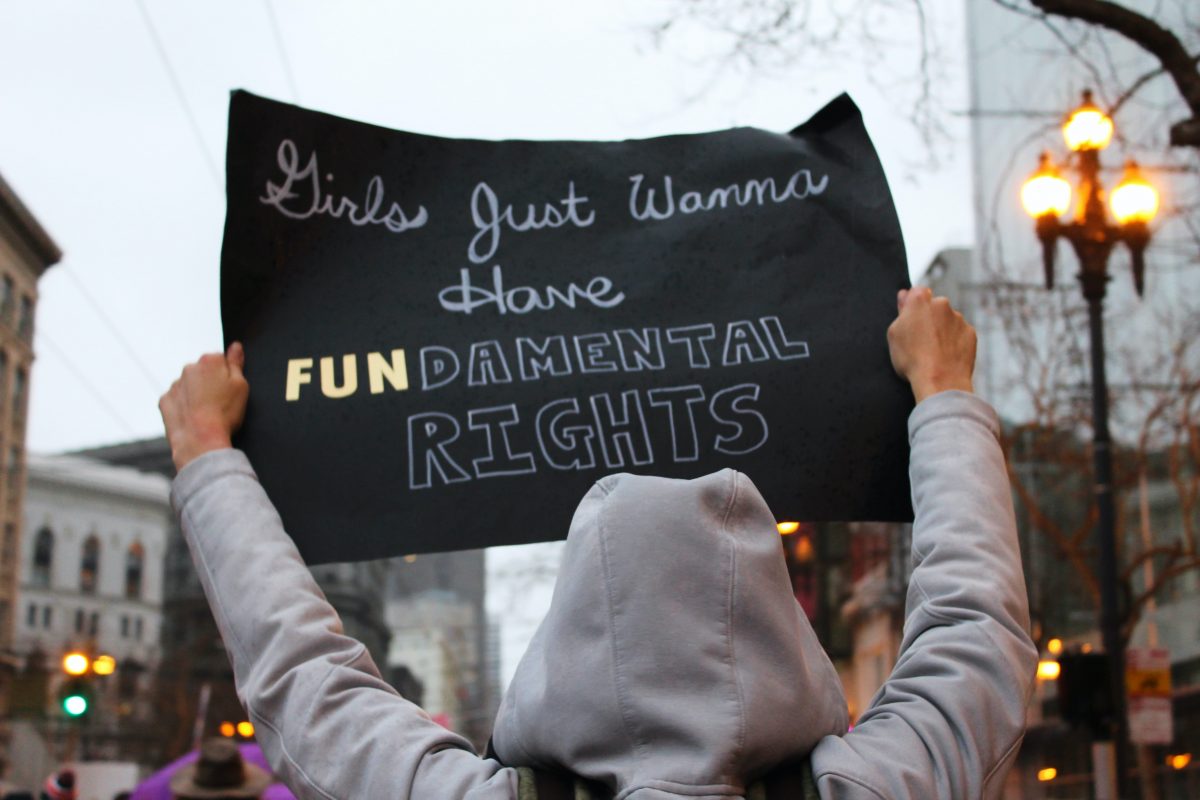 Photo by lucia on Unsplash

The Right to Abortion and the European Convention on Human Rights

In Search of Consensus among Member-States

Abortion bans are back in Vogue! Nearly 165 years after the first massive demonstration on women’s rights, discussions on the extent to which interference with female bodies falls within States’ margin of appreciation (‘MoA’) remain apropos. Indeed, the recent Polish near-absolute abortion ban has revived the debate on the existence of a foetus’ right to life and balancing it with women’s right to abortion.

Against this background, the present post sheds light on the status of the ‘right to abortion’ in international law. To this end, it explores the status of this putative right through the lenses of the relevant jurisprudence of the European Court of Human Rights (‘ECtHR’) and other regional bodies as well as of the customary interpretative tools enshrined in the Vienna Convention on the Law of Treaties (‘VCLT’).

A Foetus’ “Right to Life” v. A Woman’s “Right to Abortion”

The ECtHR Grand Chamber most explicitly stated its position on the foetus’ right to life in its famous Vo v. France judgment. Precisely, it highlighted that the unborn is not regarded as a “person” directly protected under the European Convention on Human Rights (‘ECHR’) Article 2 and that ‘if the unborn do have a “right” to “life”, it is implicitly limited by the mother’s rights and interests’ (para 80). It further noted that the ECHR institutions have not ‘ruled out the possibility that in certain circumstances safeguards may be extended to the unborn child’ (Vo v. France, para 80). In this passage, the Court seems to have distinguished between the right to life on one hand and safeguards that may, under certain circumstances, be extended to the unborn on the other; the ECtHR does not regard the unborn as a holder of the right to life but rather as a beneficiary of some safeguards under certain circumstances.

On the existence of a right to abortion, the Court underlined – just as the Commission already had (Brüggemann and Scheuten v. Germany, para 61) – that, although legislation regulating the interruption of pregnancy touches upon the sphere of private life, protected by ECHR Article 8(1), the norm ‘cannot be interpreted as meaning that pregnancy and its termination are, as a principle, solely a matter of the private life of the mother’ (Vo v. France, para 80). Instead, ‘the issue’ is ‘determined by weighing up various, and sometimes conflicting, rights or freedoms claimed by a woman, a mother or a father in relation to one another or vis-à-vis an unborn child.’ (Vo v. France, para 80). The Court has clarified that when the pregnant woman’s life is risked, access to abortion is non-negotiable (X v. the United Kingdom, para 19).

In 2010, it further acknowledged a consensus amongst the substantial majority of ECHR States-parties towards allowing abortion on broader grounds than the risk to the pregnant woman’s health (A, B and C v. Ireland, para 235). However, it found that the MoA enjoyed by the States on the regulation of abortions remained broad and that allowing abortions only when the health of the mother is at stake, did not exceed this MoA (A, B and C v. Ireland, para 241). To reach this conclusion, the Court relied on applicants’ discretion to travel to other ECHR States-parties for the requested abortion.

Eleven years later, out of the 47 ECHR States-parties, 40 do not only acknowledge the legality of abortion on broader grounds, but have further legalised abortion on demand during the first 10 to 24 weeks of the pregnancy.

Conversely, 7 ECHR Member-States maintain strict anti-abortion policies, ranging from Malta and Andorra prohibiting abortions in all circumstances  [a deviation from the existing case-law of ECHR-institutions on the matter (X v. the United Kingdom, para 19)] to  San Marino and Liechtenstein, which allow abortions when the pregnancy poses a serious danger to the woman’s life or health, or results from rape or sexual assault. In Monaco and Hungary abortions are additionally allowed in cases of fetal deformity, whereas in Poland – although prohibited in case of fetal deformity – abortions are legal in cases of incest, rape, or when the pregnancy threatens the life of the mother.

These States send an explicit message of differentiated practice among ECHR Member States. Such practice of the ECHR does not qualify as an interpretative tool under VCLT Article 31(3)(b) (Villiger, pp. 431-432), which envisages a uniform subsequent state practice (or at least a convergent practice of the majority of States-parties, to which the other States-parties assent or do not oppose). This was most likely the basis of ECtHR’s pronouncement of a wide MoA enjoyed by the States on the regulation of abortions.

Towards a Holistic Interpretation of the ECHR

Still, the practice described can – and should – be taken into account as a supplementary tool of interpretation in a holistic appraisal of the ECHR [in line with VCLT Article 32]. In fact, against the background of the principle ex injuria, jus non oritur, according to which illegal acts do not create law and which can also serve as an interpretative tool (Pellet, pp. 7-9), the interpretative value of unlawful absolute anti-abortion state practices (i.e. of Malta and Andorra) decreases vis-à-vis the lawful practice of other ECHR-parties.

Furthermore, for the interpretation of ECHR Article 8 and the identification of the scope of the right to abortion entailed therein, inspiration may be drawn from relevant rules of international law [VCLT Article 31(3)(c)]. In this regard, the Human Rights Committee (‘HRCtee’) has repeatedly (Zureick, pp. 125-130) underlined that regulations restricting a woman’s access to abortion in cases of rape or incest are incompatible with Article 7 (freedom from torture or cruel, inhuman or degrading behaviour) of the International Covenant on Civil and Political Rights (“ICCPR”). Similarly, the Committee on the Elimination of Discrimination Against Women has called for States to allow abortion beyond cases where pregnancy threatens a woman’s life. Likewise, the HRCtee clarified that restrictions on access to abortion in cases of fatal foetal abnormality violate inter alia Article 7 of the ICCPR and that the ability of pregnant women to travel abroad in order to obtain the required abortion did not purify such violation (Mellet v. Ireland, para. 9; Whelan v. Ireland, para. 9). In a similar fashion, the Inter-American Commission on Human Rights (‘IACHR’) has persistently urged States to safeguard women’s reproductive rights. In fact, in a Joint Statement with human rights experts, the IACHR’s Rapporteur on the Rights of Women called on States to legalise abortions – at the very minimum – in cases of sexual assault, rape, incest, and where the continued pregnancy endangers a woman’s mental and physical health.

Against this background, seeing the ECtHR acknowledge that a Member-State does not violate its ECHR obligations simply because another ECHR Member-State steps in and assures the protection of women’s access to abortion seems rather obscure. However, this is the approach the Court has so far embraced (A, B and C v. Ireland, para. 239) and maintained, despite criticism (Ghráinne and McMahon, 569).

After all, the ECtHR’s consideration of predominant moral perceptions in one State (A, B and C v. Ireland, para. 239) does not align with a contextual and evolutive interpretation of the ECHR. Precisely, it has been argued that, as during the drafting of the ECHR, abortion was illegal in most States, the intention of the drafters could not have been to grant a right to abortion, especially a right to abortion on demand. Aside from the flawed perception of human rights as derivative rights, inherent in this argumentation, the latter neglects the intention of the drafters to create a document adaptable to the times (Tyrer v. the United Kingdom, para 31). In fact, protests on the legalisation of abortion on demand  indicate a changing moral perception of abortion, buttressed by the practice of a majority of ECHR-parties.

Against this background, it seems that it is about time that the so far unspoken right to abortion found its way into the ECtHR’s jurisprudence!