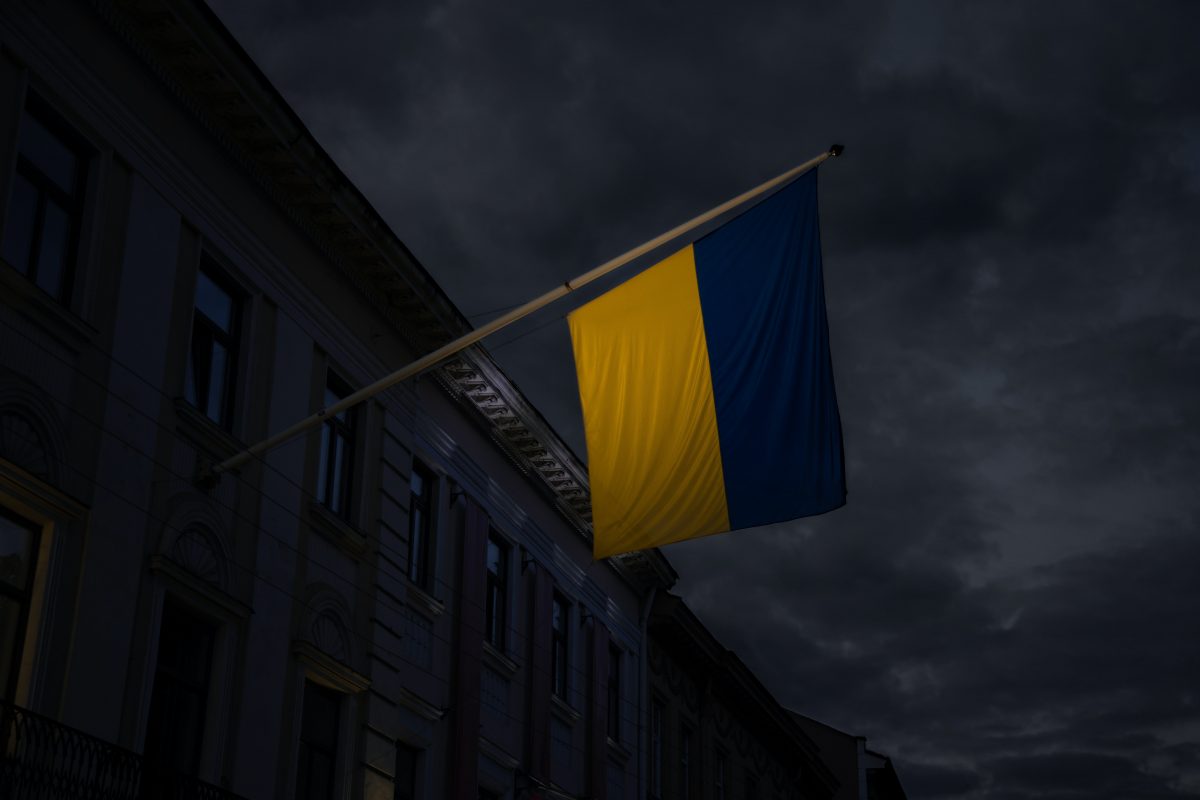 Photo by Artem Kniaz on Unsplash.

On 21 February 2022, following a televised address, President of the Russian Federation Vladimir Putin signed the decrees recognising the Donetsk People’s Republic (DPR) and Luhansk People’s Republic (LPR) – two Ukrainian breakaway territories, which have been outside of Kyiv’s effective control since 2014. The decrees on recognition stipulate that in connection with the separatist leaders’ appeals, the Russian Armed Forces perform ‘peacekeeping functions’ in these regions. On 24 February 2022, President Putin again appeared on State television. This time to announce the start of a military operation against Ukraine.

This blog post will not focus on the large-scale use of force against Ukraine which started on 24 February 2022, but only on the official acts of 21 February 2022, which preceded the invasion, as they have raised a number of legal issues. Do the arguments offered by President Putin or by other Russian officials in their speeches provide legal grounds for the statehood of these entities and Russia’s recognition thereof? What is the status of these territories under international law? And how should one view Russia’s recognition of the DPR and LPR under international law?

Background to the Recognition and Overview of ‘Agreements’ with the Separatists

Immediately after the recognition followed the signing of the ‘agreements’ on friendship, cooperation and mutual assistance with de facto leaders (here and here). Both chambers of the Russian Parliament unanimously approved and President Putin signed the federal law ratifying these ‘agreements’ the following day. The ‘agreements’ are concluded for ten years with an automatic extension every five years subject to notice of withdrawal six months prior the end of the relevant period. They are reminiscent of Russia’s treaty-based approach to South Ossetia and Abkhazia after their recognition in 2008. They provide, inter alia, that each ‘party’ will have the right to set up military bases on each other’s territory. Separate agreements will establish the conditions and procedure for exercising such a right in each case. The ‘parties’ also undertake to jointly take all available measures to eliminate the threat to the peace, breach of the peace, or act of aggression including through military support, in accordance with individual or collective right of self-defence under Article 51 UN Charter.

Russia and the DPR/LPR also confirm and respect each other’s territorial integrity and inviolability of their ‘existing borders’. The protection of borders will be ensured by the parties’ joint efforts (conclusion of separate agreements on ‘state’ border and its protection is also provided). The observers underlined that the DPR and LPR claimed the borders of the whole territory of the pre-2014 Donetsk and Lugansk regions. Today, the separatists control only part of these regions. Against this background, the question of whether Russia recognises these claimed borders or the borders at the effective contact line between the separatist-held areas and Ukraine-controlled territory has arisen. Nevertheless, on 22 February 2022, President Putin claimed that the recognition extends to the borders of the pre-2014 regions and suggested negotiations between the separatists and Kyiv.

First, prior to announcing the recognition of the DPR and LPR, President Putin’s speech offered an exhaustive historical overview of what he sees as ‘[t]he collapse of the historical Russia known as the USSR’. According to Putin, this disintegration was due to mistakes of Lenin among others (for encouraging national self-determination in 1917 and then preserving the confederal structure of the Soviet Union in 1922), Stalin (for preserving the Leninist principles such as the right of secession of the Soviet federal republics in the Soviet constitutions) and the communist leaders during the USSR’s breakup (for incompetence). This personal historical account is not new: it echoes Putin’s views presented in 2016, 2020, and last year in now notorious essay penned by Putin ‘On the Historical Unity of Russians and Ukrainians’.

Nevertheless, from a legal point of view, these historical assessments do not offer any legal basis for recognising the DPR and LPR. Upon the dissolution of the USSR, both Ukraine and Russia emerged as independent States in borders of the former federal republics (that is in line with the principle of uti possidetis iuris). Both States pledged to respect their territorial integrity and inviolability of their existing borders in several multilateral and bilateral agreements (see the 1997 Russia-Ukraine Treaty on Friendship, Cooperation, and Partnership). Russia reaffirmed this position on numerous occasions when insisting on fulfilling the Minsk agreements (endorsed by the United Nations Security Council resolution), which see the DPR and LPR as part of Ukraine (see below). Even during the speech itself, Putin claimed that, ‘Russia has done everything to preserve Ukraine’s territorial integrity’ (somehow disregarding the issue of Crimea).

Second, the arguments favouring recognition of the DPR and LPR are an amalgamate of positions that could be grouped under the umbrella of ‘remedial secession’. Putin referred to an alleged ‘genocide to which almost 4 million people are subjected’ and the need to protect the Russian nationals residing in the DPR and LPR from the alleged daily shelling by Ukraine and the threat of Ukraine’s ‘blitzkrieg’ to regain these territories (the doctrine of protection of nationals abroad is used to justify use of force and not secession see here).

Undeniably, these arguments echo those used by some States to justify the recognition of Kosovo. As already highlighted by Milanović, Russia is the only permanent member of the United Nations Security Council (UNSC) that supported a limited right of remedial secession during the Kosovo advisory opinion proceedings (see, para. 88). Nevertheless, the doctrine is divided on the existence (or non-existence) of this right under positive international law (for the overview of the positions see here, 108-109). The International Court of Justice did not provide the answer to this question, noting, ‘differences existed regarding whether international law provides for a right of “remedial secession”’ (Kosovo, para. 82). Regardless, crucially, factual foundation for these legal claims, such as ‘genocide’, is not present in the current context of Donbas. Neither the OSCE Special Monitoring Mission nor the UN Human Rights Monitoring Mission in Ukraine could be seen as substantiating such claims in their on-going assessment reports concerning the situation in eastern Ukraine. While the Ukraine’s language law was met with criticism, this hardly rises to the level of Russia’s accusations and a high threshold of the remedial secession doctrine. It is also difficult to understand how Ukraine could possibly perpetrate genocide or other alleged violations in the territories, which have been outside Kyiv’s effective control for almost eight years now.

Third, President Putin and Russian officials have also invoked the failure of Ukraine to implement the Minsk agreements. It is not clear if it is a separate ground or just an additional point emphasising the last resort nature of the right of ‘remedial secession’. In any case, the crux of the impasse in implementing the Minsk agreements lies in the diverging interpretations by both Ukraine and Russia as to the sequencing of commitments. Thus, Russia arguably contributed to the status quo. It is a general principle of law that a party cannot take advantage of its own wrong. Ultimately, both Russia and Ukraine are subject to the principle of peaceful settlement of disputes, which would require seeking alternative peaceful ways of settling their dispute and not aggravating it.

Even if (hypothetically) Ukraine unilaterally withdrew from the Minsk agreements (which it did not), this could not give rise to the right of separatists in eastern Ukraine to independence.

Thus, since Russia did not offer any legally relevant bases for recognizing the DPR and LPR, the question regarding their legal status under international law on the moment of recognition should be clarified next.

DPR and LPR Are Not States and Remain Part of Ukraine

DPR and LPR declared their ‘independence’ in 2014 and organised self-proclaimed referenda. However, these entities have never achieved statehood under international law. While they have been outside of Kyiv’s effective control since 2014, their existence is entirely due to well-documented support of the Russian Federation, including in economic, financial, political and military sphere. Their independence is only nominal; the entities thus fail to meet the so-called classical Montevideo criteria of statehood (Montevideo Convention, Art. 1). According to the Committee on Legal Affairs and Human Rights of the Parliamentary Assembly of the Council of Europe, ‘[t]here can be no doubt that the “DPR” and “LPR” are wholly dependent on Russia’ (see, para. 56). Despite Russia’s denials, it reportedly provided rebels with arms, logistical support, and Russian troops covertly took part in the fighting. As such, these entities also fail to meet the criterion of legality, which prohibits the creation of new States due to violation of ius cogens norm of prohibition of the use of force. Duty of non-recognition is applicable. These territories thus have remained part of Ukraine’s territory. Russia’s recognition does not change this conclusion.

Thus, ultimately, Russia’s recognition (and that of any other State that follows its suit) of the DPR and LPR is illegal under international law. It violates the principle of non-intervention, the principle of territorial integrity and several bilateral and multilateral treaties (see above), the Minsk agreements and duty of non-recognition.