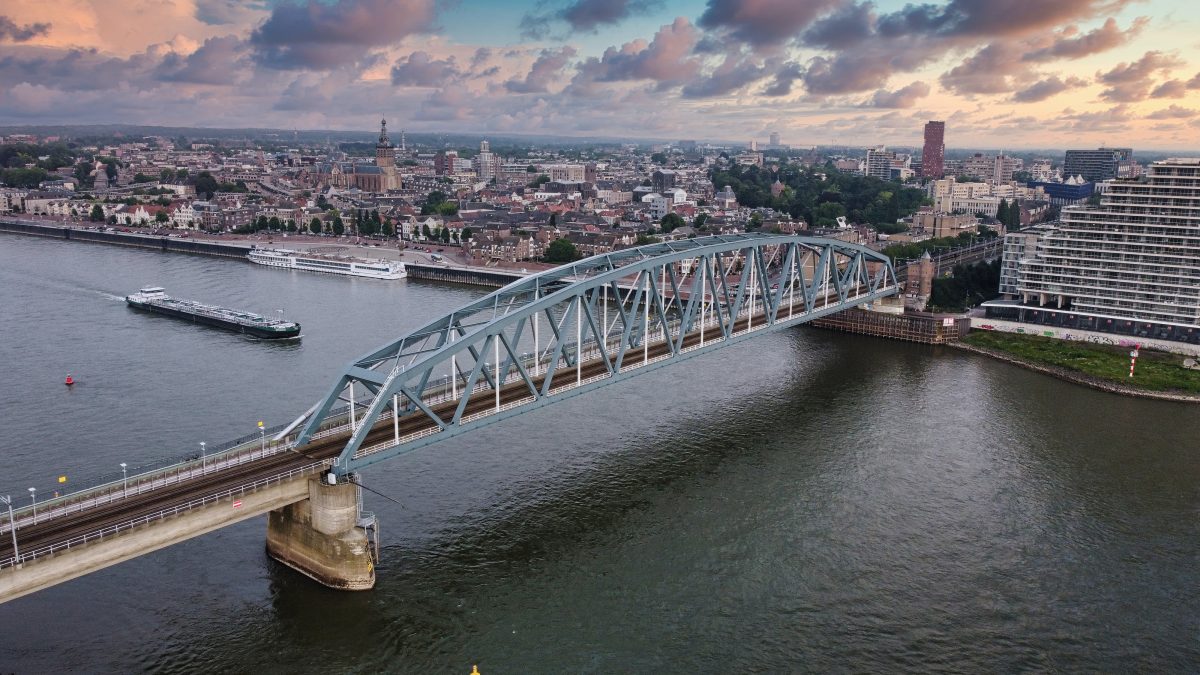 Photo by Joran Quinten on Unsplash.

The Nijmegen Principles and Guidelines on Interim Measures (2021)

Recently, scholars have paid considerable attention to interim (or provisional) measures (both in general [see here, here and here], and in the context of human rights adjudication [for a focus on interim measures in inter-state cases, see here and here]). Indeed, the international community and the adjudicators are facing a daunting task to maintain and enhance the protective potential of interim measures.

The timely adoption of the Nijmegen Principles and Guidelines on Interim Measures for the Protection of Human Rights addresses both the legal obligations of states and the role of the adjudicators. They list the existing state obligations in the context of interim measures and put forward good judicial practices for international adjudicators (both courts and quasi-judicial bodies such as Committees and Commissions) that may assist in enhancing the protective potential of their interim measures.

Lack of Awareness and/or Blatant Disregard?

Moreover, there are some instances of blatant disregard. Take the European human rights system. Normally, in individual cases, states meet their obligations under Rule 39, specifying the competence of the ECtHR to order interim measures. Although Russia often shows some activity towards compliance, including its response to the first Rule 39 order by the ECtHR on behalf of Navalny after he was poisoned and initially admitted to a Russian hospital, it ignored the Court’s subsequent Rule 39 decision. As known, when Navalny returned to Russia, after having somewhat recovered from the poison attack, he was immediately arrested and tried. In February 2021, in the face of reports on his deteriorating medical condition in detention, the ECtHR ordered his release. Russia ignored these interim measures, the Ministry of Justice arguing that the ECtHR’s order was “deliberately impracticable”.

States that wish to maintain the rule of law and the integrity of the human rights treaties to which they are a party, with the relevant treaty monitoring systems, should of course show that they, indeed, do take their own obligations under those treaties seriously. In order to enhance this, a group of experts adopted the Nijmegen Principles.

The Nijmegen Principles were developed following an expert seminar on Urgency and Human Rights at Radboud University Nijmegen (2015) and an online book presentation in 2021. The text was confirmed at online meetings on April 29 and May 26, 2021. The aim is to assist in making states more aware of their legal obligations under interim measures, and of the obligation to respect the independence of the adjudicators. They also support the independent experts and political bodies in the various human rights systems in their scrutiny of urgent situations such as the one of Navalny, and underscore the importance of respect for interim measures as a basic condition under the rule of law.

Article 1 sets out, in parts a-i, the different components of the obligation to respect interim measures. It explains why states are bound to respect them not only when they are issued by international courts, but also Committees or Commissions performing an adjudicatory function (art. 1f).

Awareness of the legal obligations of states in international adjudication in urgent cases is important for actual compliance. In addition, the protective symbolic value of the tool, and thereby the attention of international authorities and media, can be heightened or diminished due to the substance of interim measures ordered, or the manner in which they have been decided or communicated.

Articles 2-4 present good practices that could help ensure the responsiveness and legitimacy of interim measures decisions. The Nijmegen Principles are meant to be relevant for all three regional systems, and for the UN treaty complaint mechanisms. Thus, in addition to this listing of state obligations (art. 1), the expert group offers guidelines based on good institutional (art. 2), judicial (art. 3) and lawyering practices (art. 4).

The settings and the right of complaint differ between the three regional systems and those of UN treaty bodies (e.g. brought by NGOs on behalf of alleged victims, or only by the victims themselves; on behalf of individuals or also groups), but they do converge on the aim to prevent irreparable harm, to strive for a suitable and legitimate process and on an awareness that interim measures should be closely attuned to the situation at hand. The Nijmegen Principles lay down these underlying common principles and good practices for maintaining and enhancing the protective potential of interim measures. Article 3 draws from good practices observed in the different systems and formulates guidelines on accessibility, due process and explanation that underly these practices. When adjudicators carve out their own approach – in the context of the system in which they operate and their specific adjudicatory role – the Nijmegen Principles can help ensure that urgent adjudication is done in conformity with recognised principles, both procedural and substantive, and that there is internal consistency between the general jurisprudence of international adjudicators and their practice of using interim measures in similar cases.

Structural violations within which adjudicators are asked to respond to individual or collective requests for interim measures occur in all systems. Article 1g notes that in such contexts “States are obliged to investigate and report on such violations, or allow and facilitate fact-finding missions to help prevent new violations or halt their continuation”. It observes that this obligation also applies pending international adjudication and “the relevant international adjudicator may remind States of this through interim measures or other urgent measures”.

In structural situations clear immediate compliance is particularly difficult and no brilliantly phrased order for interim measures can in and of itself change that. Yet in the Inter-American system, the Commission and Court have found ways to respond to structural contexts also in their use of provisional or precautionary measures (see here and here). Drawing inspiration from the Inter-American system, Guidelines 3 a, p and q stress the importance of creative, specific and situation-responsive interim measures.

Interim measures proper are always ordered in relation to a pending case. Obviously, in light of the urgency involved, complainants may first request interim measures, to be followed by the submission of a proper complaint. The Inter-American Commission, however, also orders its precautionary measures without an actual case. This may be explained by the fact that, just like the African Commission, it has various monitoring roles, besides adjudication. The Nijmegen Principles acknowledge the importance of other urgency mechanisms, including those responding to reprisals against persons for cooperation with the monitoring body.

Although the focus of the Nijmegen Principles is on interim measures in the context of international adjudication, several elements are relevant to other urgent measures taken in the context of treaty monitoring: the state obligation to prevent irreparable harm (art. 1) and the good practice by treaty monitoring bodies of adhering to legitimate process (in particular 3a) and 3g)).

One innovative feature, introduced in article 30 of the UN Convention against Disappearances, is the possibility for the supervisory Committee to issue Urgent Actions to order states to open an investigation and search for a disappeared person. This possibility exists independent from the treaty’s individual complaint procedure under article 31 (which must be recognised separately).

Article 1c of the Nijmegen Principles notes that good faith compliance implies at minimum that a state “respects the authority of courts or treaty monitoring bodies […] to interpret what constitutes irreparable harm, whether or not they perform an adjudicatory role”. Recently, the Supreme Court of Justice of Mexico confirmed the binding nature of the Urgent Actions under article 30 and the obligation of all organs of the state to play their role in their implementation (see also here). The Mexican Supreme Court found that the Urgent Appeals are binding and that state authorities are responsible for searching and investigating missing persons cases. The NGO that brought the case stated that this decision is the first “in the world where a supreme judicial court recognizes the mandatory nature of Urgent Actions issued by the UN Committee against Enforced Disappearance”, and that “[t]he Resolution sets a precedent to comply with more than 450 cases of Urgent Actions of missing persons ordered to the Mexican State”.

Interim Measures and Human Rights: A Call on States and Adjudicators

It is crucial that states take seriously their urgent obligations under human rights treaties. The Nijmegen Principles and Guidelines (2021) zoom in specifically on the obligations of states and good institutional, lawyering and judicial practices. They aim to contribute to the discussion on strengthening the legitimacy and protective potential of the interim measures by the regional and UN human rights adjudicators.

Disclosure: the authors are members of the expert group that drafted the Nijmegen Principles; the interpretation offered in this blog is personal and does not necessarily represent the position of all members. 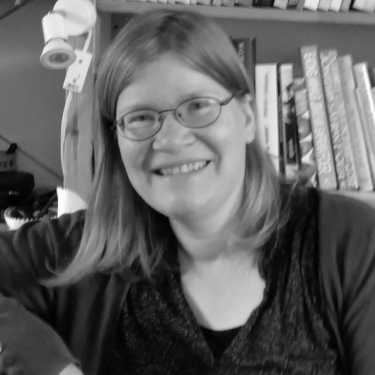 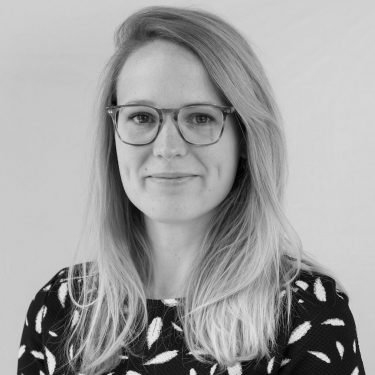