Photo by Sonika Agarwal on Unsplash.

Ideally, political actions and decisions should be based on a transparent, solid, and credible factual foundation. When different participants pursue different interests, this ideal runs at risk of being compromised, either because the factual basis is framed differently by different actors or, much more seriously, because information that is simply false is disseminated to justify actions or gain other advantages.

This phenomenon can currently be seen in the Russian war of aggression against Ukraine: Russia tries to justify its aggression by citing “facts” that seem to be pulled out of nowhere. As early as December 2021, Russian media claimed that a batch of the toxic substance botulinum toxin had been delivered from the United States to Ukraine, implying that it might be used as a chemical warfare agent. Most recently, Russian Foreign Minister Lavrov suggested that biological and chemical weapons were being produced in Ukrainian laboratories.

Chemical weapons are subject to the strict prohibition regime of the Chemical Weapons Convention (CWC) of January 13th, 1993. As of March 2022, only Egypt, Israel, North Korea, and South Sudan are not parties to the Convention. The CWC establishes the Organisation for the Prohibition of Chemical Weapons (OPCW). This article describes the CWC regime and outlines the role the OPCW can play in fact-finding and verification in chemical weapons control. It also outlines possible consequences of chemical weapons use.

Under the CWC, the development, production, stockpiling, transfer and, and, especially, the use of chemical weapons are strictly and comprehensively prohibited (Art. I No. 1). A chemical weapon is defined as any toxic chemical that is not intended for a purpose permitted by the CWC (Art. II No. 1). Thus, unlike in nuclear arms control, an entire category of weapons is completely banned. Also, within the framework of this ban, all existing chemical weapons and facilities for their production are to be destroyed (Art. I No. 2-4).

Toxic chemicals intended for permitted purposes are subject to controls varying in strictness, depending on their degree of danger. This includes not only chemicals used for military purposes but also, and particularly, the civilian chemical industry; anyone producing, using, importing, or exporting such substances must report details to the OPCW or national liaison authorities. The OPCW verifies these reports regularly through inspections (Art. IV, V, VI para. 3 CWC). In this way, a close-meshed control network is created, through which the production of chemical weapons is to be prevented as far as possible or at least nipped in the bud.

The OPCW as Mediator and Investigator

In addition to these verification measures, the CWC provides the OPCW with possible measures for verification and investigation in the event of a possible breach of the Convention. The Ukrainian Ambassador to the OPCW, Maksym Kononenko, refers to them in his statement to the Organisation’s Executive Council a few days ago: He rejects the Russian accusations as argumentative justifications for Russian military actions and, on the contrary, expresses the fear that Russia itself could be preparing the use of chemical weapons. In such a case, he announces his intention to draw on the resources of the OPCW. Ukrainian President Zelenskyy made similar comments.

Kononenko first refers to Art. IX, which allows States Parties to seek clarification – among themselves or with help of OPCW mediation – of situations that suggest a violation of the Convention. In doing so, the OPCW Executive Council may be asked to assist in clarification (Art. IX para. 3) or to seek clarification from the accused state (Art. IX para. 4). Kononenko asks the Executive Council “to follow this situation closely.” In his statement, he does not speak of specific suspected breaches of the CWC by Russia; however, in the past, clarification requests to Russia have rarely lead to anything: When confronted with a request from the United Kingdom in connection with the poisoning of Andrei and Yulia Skripal in 2018, Russia responded with a catalog of counter-questions, but did not stop to answering the UK’s questions itself.

Kononenko also addresses Art. X, according to which a State Party may receive „assistance and protection“ from the OPCW if it suspects a prohibited act against itself. The OPCW would then send inspectors to investigate; they would be allowed access to all areas potentially affected by a chemical weapons use. They would be allowed to take samples, examine, and interview victims, eyewitnesses, and medical personnel, review medical records, and participate in autopsies. The purpose of the investigation would be, on the one hand, to determine and coordinate any necessary relief efforts; on the other hand, it would also be to determine whether the CWC had actually been violated. In particular, the investigation should try to shed light on which persons were responsible for the use of chemical weapons, as adopted by the Conference of States in 2018. Inter alia, Syria, Iran and – ironically – Russia voted against adding this additional competence; the decision had been preceded by – ironically – Russia vetoing a UN fact-finding mission meant to clarify responsibility for chemical weapons use in Syria in the Security Council.

If a state suspects that another state party is producing chemical weapons or otherwise violating the CWC, the Convention offers what at first sight appears to be an extremely powerful measure, the possibility of a so called “challenge inspection”: A state suspecting breach of convention may, referring to a location anywhere on the territory of another state (e.g. a chemical plant) and giving reason for its suspicion, request that the OPCW “immediately” launch an investigation (Art. IX para. 8). Such a request can be blocked only by a three-fourths majority vote in the Executive Council, which has 41 members; the organisation would then without delay deploy inspectors to investigate the allegations. The requested state would be required to provide extensive access to the designated site, cooperate fully with the inspection team, and demonstrate compliance with the treaty to the best of its ability.

However, this sharpest sword in the OPCW’s investigation toolbox has not been used once, even though there would have been reason to do so in the past: Neither the chemical weapons operations in Syria nor the poisonings of Andrei and Yulia Skripal and Alexei Navalny have led to such requests. The reasons for this are likely to be political rather than legal: such a request can be significantly confrontational and escalatory; it might also carry the risk of not establishing a breach of treaty, thus allowing the inspected state to present itself as “washed clean” of the accusations, however true that might be. Moreover, to justify the request, sensitive sources might have to be compromised.

Whether the fear of a possible escalation in the context of the Russian war in Ukraine would still be a valid argument may well be doubted. Apart from that, it is highly doubtful that Russia would even comply with its duty to cooperate under the CWC, given its currently expressed disrespect for and flagrant ignorance of international law. It seems much more plausible that a request for an investigation on Russian territory would simply be rejected or ignored. On the other hand, Russia would of course also have the possibility to have its publicly expressed suspicions of prohibited activities on the territory of Ukraine investigated by the OPCW; however, this is not to be expected.

If no state requests the OPCW to carry out an inspection or to conduct an investigation under Art. X, it can merely act as a mediator. In the past, the organisation has also cooperated with and provided resources to UN investigative missions – however, those were directed at chemical weapons use in Syria, which at the time was not a party to the Convention. Moreover, this very mission in Syria was brought to an end in 2018 due to a Russian veto in the Security Council. The UN Human Rights Council has already decided to establish a fact-finding mission for the war in Ukraine; it does not seem far-fetched that the OPCW will also provide assistance in this investigation, should there be cause to do so. Should a decision by the UN Security Council be required, however, a Russian veto is again to be expected. It would then be possible for the OPCW to provide technical assistance to investigations carried out by national authorities instead (Art. VIII para. 38 lit. e). This has already been done in the past, most prominently in the Skripal and Navalny poisonings.

Possible Consequences of Chemical Weapons Use

Chemical weapons use may result in several consequences. The OPCW’s sanction options are limited to restricting the rights of a state within the organisation; in particular, no state can be expelled from the OPCW (Art. VIII para. 2). This mechanism has so far been applied once in the case of Syria, whose voting and electoral rights have been suspended since April 2021. In addition, the Conference of the States Parties can recommend to the states measures outside the OPCW and notify the UN General Assembly and Security Council; in particular, under Chapter VII of the UN Charter, the decision on military and coercive measures then lies with the Security Council.

The use of chemical weapons can, of course, be dealt with in criminal proceedings before national courts; perpetrators might also be tried as war criminals under Article 8 (2) (b) nos. xvii, xviii, xx of the ICC Statute and thus entail international criminal consequences. Such proceedings could also be based on OPCW findings. ICC prosecutor Karim Khan announced that his office has already opened an investigation into the Situation in Ukraine; in his statements, he calls for “strict adherence to the applicable rules of international humanitarian law” and emphasizes that attacks that do not distinguish between civilians and legitimate military targets are not justifiable. The use of toxic gases would constitute such an indiscriminate attack; however, there is no explicit mention of chemical weapons in the statements.

What can be drawn from all this? During peacetime, the OPCW conducts regular and comprehensive inspections to ensure compliance with the CWC. In the Ukraine war, both sides have accused each other of preparing the use of chemical weapons – and there are reasons to believe that Russia has already used them in the past. Should there be reason to make such assumptions in the Ukraine war, the OPCW has extensive investigative powers at its disposal. It can help establishing, in a transparent and independent manner, a factual basis on which states or the international community can base their reactions. Its resources could also be called upon now, as long as there are only threats of possible use – although this article has shown why this might result ineffective. Ultimately, the OPCW can also help to hold those who use chemical weapons accountable. Let us hope that this will not be necessary.

The quote in the title is taken from this source. This article was also published in German here. 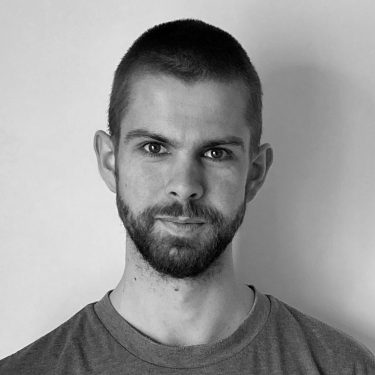