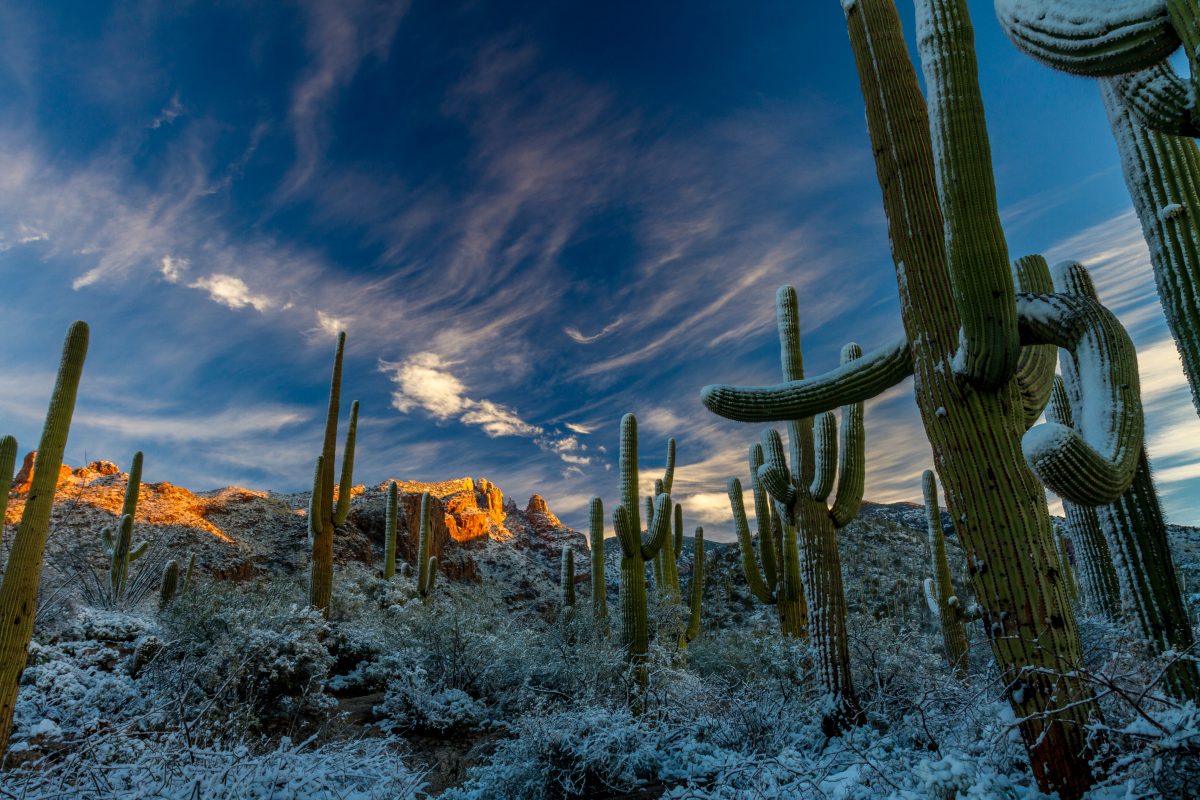 Photo by NOAA on Unsplash.

Fortifying the Crime of Ecocide Through Transitional Justice Mechanisms

Recently, the crime of ecocide, which has been proposed to be added to the Rome Statute, has garnered much attention. Scholars have underlined both the definitional gaps and the practical prosecutorial challenges, which the introduction of this proposed crime would entail. Consequently, there are suggestions for a more eco-centric definition, as well as for the clarification of the mens rea requirements of the crime and for forensic practices that could assist the evidence presentation for ecocide and corporate criminal liability. However, even the foremost critics support some movement toward the criminalization of environmental damage, albeit in different ways.

In this light, this post argues that a traditional prosecutorial approach is necessary but not sufficient to redress environmental damage. Accordingly, this post takes a step further – post incorporation of ecocide as a crime into the Rome Statute in some form – and proposes the deployment of complementary Transitional Justice Mechanisms (‘TJMs’) that would make the fifth crime significantly more effective.

The Inadequacy of a Traditional Prosecutorial Approach to Ecocide

There are a few reasons that traditional prosecutions are inadequate to address the crime of ecocide. Firstly, traditional prosecution holds certain individuals responsible for crimes. However, the reason for environmental damage is essentially systemic, since environmental acts of such individuals are regulated by each state’s domestic policies and national priorities. Therefore, environmental damage is frequently caused by actors possessing regulatory approvals/licenses and accountability of the whole system that enables such damage is crucial.

Secondly, indigenous groups, women, and other vulnerable groups are known to be disproportionately impacted by long-term environmental destruction, as they depend on the environment for not only sustenance but also their culture and identity. The imprisonment of a few individuals or monetary compensation does not meaningfully redress such victims.

Thirdly, to prove ecocide, sample collection from the territory of a state is necessary. International prosecution usually experiences access barriers and delay in such collection.

Therefore, effectively addressing ecocide requires greater participation of affected societies and local governments. This aligns with an increasingly vital function of the first permanent international criminal court in the world, i.e., to encourage a holistic rebuilding of post-conflict societies by stirring international consciousness. This function was highlighted by Professor Alexander K. A. Greenawalt, who touched upon the question of whether the International Criminal Court (ICC) should yield its prosecutorial efforts in Uganda to peace negotiations: “The critical moment may not come when the Court first begins to investigate and pursue charges. Instead, it may come later, after which the ICC’s work may already have helped to stigmatize the wrongdoers, draw international attention to a difficult situation, and catalyze increased political pressure that is conducive to negotiation”.

In this vein, it is pertinent to note that Article 53 of the Rome Statute stipulates that investigation may be forgone if it “would not serve the interests of justice”. Article 75 further recognizes symbolic and restorative forms of reparations before the ICC. The Office of the Prosecutor of the ICC also expresses support for capacity-building, traditional justice, and institutional reforms. The ICC, therefore, blurs the lines between retributive, deterrent and transitional justice, making it potentially far more effective than a traditional prosecutorial mechanism. It is this unique feature of the ICC that this post proposes to utilize, so that the urgent issue of environmental damage can be addressed, in light of the newly proposed crime of ecocide.

The Role of TJMs in Vulnerable Communities

At the outset, TJMs are defined as judicial or non-judicial measures to address rights violations and establish rule of law in societies emerging from repressive regimes. Such mechanisms aim to achieve accountability, reconciliation and redressing the violation of victims’ rights. In addition to criminal prosecution, they include a combination of reparation measures, gender justice, truth commissions, and even traditional justice measures.

TJMs would be instrumental in societies where social and political systems have failed to prevent and prosecute environmental destruction, especially in post-conflict societies where political systems have been weakened. In fact, most conflicts continue due to scarcity of natural resources or devastation of ecosystems for profit. Some such useful examples of TJMs are: (i) the acknowledgement of environmental harm by the Commission for Reception, Truth and Reconciliation in Timor-Leste, condemning the contamination of water sources; and (ii) the inclusion of an environment management structure for a rainforest shared by Peru and Ecuador in a peace agreement, which settled a long standing, violent border dispute.

To understand the precise role of TJMs in ecocide, a review of the purported objectives for criminalizing environmental damage is undertaken below. These objectives identify the gaps in international environmental law, which begged the proposal of ecocide. Such objectives are then mapped against corresponding TJMs that would help achieve the objectives, in conjunction with prosecution under the crime of ecocide.

Applicable TJMs for Prosecution of Ecocide

Ecocide has been proposed as a fifth crime to address various issues plaguing international environmental law (‘IEL’), as per the UN Report on Gaps in IEL. Some such issues are, inter alia: (i) the lack of harmonized IEL principles; (ii) the lack of robust enforcement and implementation procedures; (iii) the lack of political will and inadequate engagement of stakeholders and civil society; (iv) the limited reporting, knowledge gaps, and inadequacy of data due to high costs of sampling and analysis and lack of scientific experts, especially in developing countries; (v) the absence of review mechanisms and global liability and compensation regimes (such as the specific exclusion of liability and compensation for climate damage from the Paris Agreement).

In this situation where traditional prosecutorial practices would still not address a lot of the above issues that plaque IEL, the most useful tools of TJMs as may be applied to ecocide discussed hereinafter.

Firstly, the mechanism of People’s Tribunals would be instrumental in supplementing traditional prosecution. Especially in cases of environmental destruction, where challenges are a lack of political will, scant stakeholder engagement, and data inadequacy, such tribunals as the International Monsanto Tribunal and Permanent People’s Tribunal, provide a platform for vulnerable communities to reclaim their rights. Being relatively free of political influence, they enable people’s participation and critique of crimes, and provide accurate recommendations, even if perpetrated by powerful corporate actors, state organs, or state-enabled actors (such as through licensing regimes). Moreover, such tribunals are better positioned to gather local evidence, without the ICC’s access barriers. Most recently, the Uyghur Tribunal gathered extensive evidence, conducted a trial, and decided that China is committing genocide. Despite the ICC’s denial to open an investigation, this illustrates an effective people’s tribunal, where civil society actors and victims, cooperate with international legal experts, to create a record of evidence, and assist the judiciary with preliminary assessments of claims. People’s tribunals also allow indigenous practices to be factored into the restorative process. Indigenous practices become especially relevant in case of environmental damage, where most indigenous communities have traditionally environmentally sustainable practices. This would contribute immensely towards strengthening the prosecution of ecocide, with proper evidence and victim participation.

Secondly, as noted by the UN Report on Gaps in IEL, the lack of harmonized principles of liability and knowledge transfer are crucial gaps in IEL. Therefore, another important TJM to be deployed is that of a proper reparations and liability regime. In societies destroyed by environmental damage, capacity-building, technological support, and legislative reforms toward a more environmentally conscious regime are crucial. A primary objective of both the ICC and TJMs is meaningful reparations. In this view, Article 75 of the Rome Statute is pivotal, in its recognition of non-monetary compensations such as the return of property, rehabilitation and symbolic reparations. Considering that most perpetrators of ecocide are corporates with substantial resources, TJMs could enable a reparations regime where such perpetrators contribute to societal rebuilding and resource provisioning, as opposed to just imprisonment of some figureheads, which ultimately may not improve the environment itself or impact the victims’ lives. Thus, the use of this provision would lead to meaningful reparations for victims and a stronger civil liability regime. Further, the unindicted perpetrator provisions under Article 25 of the Rome Statute would also bring to the forefront, other responsible actors via supply chain links. A key contribution of this measure would be to attract international spotlight to illicit stronger mechanisms for state responsibility and systemic changes in the environmental legal and policy framework. For instance, this would make commissions like the United Nations Compensation Commission which held Iraq responsible for environmental damage in Kuwait, more frequent, instead of an exception.

Thirdly, one of the fundamental criticisms of ecocide’s proposed definition, is that it is anthropocentric. National legal reforms would make the prosecution of ecocide more comprehensive. Such TJMs can encourage ecocentrism. For instance, national awareness fuelled by ecocide could be utilized to accord a legal personality to natural resources, such as the Vilcabamba River in Ecuador receiving a constitutional injunction. This would be instrumental in developing a collective conscience that ecocide is not victimless, and enable eco-centric reparations.

Fourthly, a persistent concern in prosecuting environmental crimes is the lack of sophisticated scientific/forensic evidence gathering mechanisms, especially in developing economies, which are also the most impacted by environmental damage. With ecocide being included in the Rome Statute, the ICC’s scientific and forensic practice for collecting evidence, and scientific experts, could be lent out domestically, to enable investigative skill and technology transfer. This would enable localized collection of data as well as more swift identification of damage by local organizations, using sophisticated technology. Recent proposals to the ICC for improvements to aid evidence collection, would also supplant effective investigations, thus easing the prosecutorial burden in the long run.

ICC and TJMs stand to mutually benefit from each other, not only by criminal prosecutions but by reformative and restorative justice. Prosecutorial efforts at an international level serve important deterrent functions. However, it is only with support from TJMs, such as meaningful reparations and augmenting public opinion, leading to national regulatory reforms, that effective justice can be ensured for environmental crimes. Hybrid mechanisms, where domestic, and international law are synergized, have already demonstrated improved results, such as the Extraordinary Chambers in the Courts of Cambodia and the Columbian Special Jurisdiction for Peace. Such a mandate would pave the way for sweeping changes in society’s response to environmental issues. 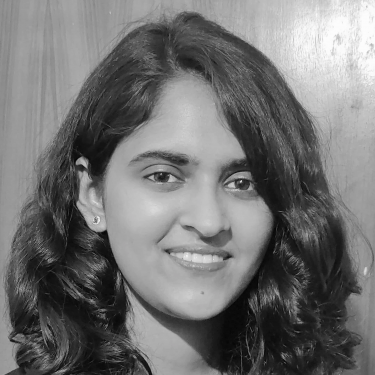 Mansi Srivastava is currently a Judicial Clerk at the Delhi High Court, India and assists at the Centre for International Law Research and Policy (CILRAP).