A Worthwhile Challenge to the ICC Reparation System

Given the justified rhetoric of urgency surrounding ecocide, this post thinks ridiculously far into the future: it thinks about a time when the Assembly of States Parties (ASP) will have enacted Art. 8ter Rome Statute (RS) into law; the Office of the Prosecutor (OTP) will have concluded an examination and investigation into the crime; and a Trial Chamber will have handed down the first-ever conviction for ecocide. With activists, the press, and lawyers still jubilant, another process subsequently begins: reparation proceedings.

How far into the future are we looking? Anything between 20 years and never is probably a fair guess. So, why think about an issue that might be handled by International Criminal Court (ICC) staff yet to be born? There is a technocratic and a fun answer to that. To start with the boring part: if the ASP adopts a crime, the court must be able to implement it on all levels and that includes reparation. Concerning the more fun part: reparation has a unique transformative potential. The Independent Expert Panel for the Legal Definition of Ecocide (Expert Panel) wants the crime to shift our thinking about our relationship with the environment and change our consciousness towards enhanced environmental protection. Reparation can enact education campaigns, environmental protection measures, and much more. Arguably, it can achieve the drafters’ hopes more directly than convicting and incarcerating someone.

Based on Art. 75 RS, the ICC can order a convicted person to repair survivors of the crimes committed. A Trial Chamber establishes case-specific reparation principles based on which the Trust Fund for Victims (TFV) usually drafts an implementation plan. Once the chamber approves that plan, the TFV starts implementing it under the Chamber’s supervision. Reparation can be individual or collective and encompass restitution, compensation, rehabilitation, and other measures. Art. 75 RS gives judges great leeway, allowing them to tailor reparation to the case at hand. This enables them to effectively support survivors in overcoming their harm and transform structural injustices underlying the crime. Reparation is hence well-suited to realize ecocide’s transformative potential. Unfortunately, the judges must square this judicial utopia with two constraints of the ICC reparation system: first, ecocide is supposed to be ecocentric (critically: Heller and Ambos); Art. 75 RS is not. Second, Art. 75 RS is modeled around concrete events causing specific harm to concrete persons. Ecocide, however, may cause more diffuse harm, for example by furthering climate change.

Dealing With the Diffuse: Survivors, Liability, and Reparation Measures

In a press conference, Philippe Sands (reluctantly) built the hypothetical ecocide of furthering climate change by authorizing a coalfield and an associated power plant. In this hypothetical scenario, ecocide is but one of countless acts furthering a phenomenon that produces harm all over the world. How could future ICC judges devise adequate reparation for that? Well, they could simply refuse to do so: the ICC repairs harm only if the crime in question is its proximate cause. A long chain of causation runs from ecocide to harm suffered from climate change. The notion of proximity is flexible, though. The ICC recognized highly mediated harm, such as transgenerational traumas. Dismissing the harm in question as remote would create systemic tensions. If diffuse harm suffices to trigger criminal responsibility under Art. 8ter RS how could it not suffice for the less exacting liability under Art. 75 RS?

Hence, future judges should recognize the harm all persons on earth suffer from the harm some ecocides cause. They can rely on the Al Mahdi reparation order, which recognized the people of the international community as a collective survivor of the destruction of cultural heritage. Since even the best Legal Representative of Victims (LRV) would have difficulties representing eight billion people, the Chamber seemed prepared to let UNESCO represent that collective. Similarly, a future ecocide chamber could designate emblematic environmental institutions, such as UNEP, as representatives for the collectivity of the global population. Of course, the complexities of survivor participation in such cases require their own blog post (or monograph). Still, this problem seems surmountable. Unfortunately, the next one already awaits: how do you repair a global collective of eight billion persons?

It is of little use to propose concrete reparation measures absent concrete cases. Reparation is context-dependent. To be effective, it must be closely tailored to the harm incurred. But whatever its content, the ICC can counter diffuse harm with diffuse reparation. In Lubanga, the judges approved mobile community centers and radio broadcasts to repair survivors. Future judges could detach reparation further from geographical boundaries and order online events, campaigns, or classes (given the Völkerrechtsblog’s word limit let’s assume that by then everyone has internet access). Recognizing that climate change does not affect every inhabitant of the earth equally, the judges could order reparation measures to a representative selection of particularly vulnerable communities. Sierra Leone, for example, acted similarly when deciding where to hold symbolic reparation ceremonies.

These rough ideas show that existing precedence and practice would allow dealing with diffuse harm. But what about diffuse causation? Everyone on earth causes climate change, albeit unequally, making it impossible to relate specific harm to an ecocide alone. Again, Al Mahdi points to a solution: any ICC reparation order must define the scope of the perpetrator’s liability based on the circumstances of the case. During its occupation, Timbuktu suffered economic loss, mostly because tourism declined. The destruction of ten monuments Al Mahdi was convicted for was only one among many reasons for tourists to spend their summer vacation elsewhere. Since it could not calculate the degree to which Al Mahdi contributed to the economic loss, the Chamber determined his liability in equity, deducting a significant sum from estimates of Timbuktu’s total economic loss.

The diffuse nature of some ecocides produces practical problems for the solution of which the ICC reparation system leaves enough flexibility. In contrast, ecocide’s ecocentric nature requires a real paradigm shift. An ecocentric crime should lead to ecocentric reparation. Yet, Art. 75 RS is anthropocentric; it revolves around the harm survivors incur. Rule 85 of the Rules of Procedure and Evidence (RPE) defines survivors as natural persons or certain organizations. In the orthodox understanding of these notions, harm to the environment as such is irrelevant.

The most straightforward way to ensure ecocentric reparation would be recognizing the environment as a survivor. That might seem odd to lawyers trained in the Global North. But in some jurisdictions, it already is a reality: the Inter-American Court of Human Rights is on its way to recognize the environment as a rightsholder (here and here); several domestic jurisdictions already did so before, for example Colombia, Ecuador, and India (see also here and here). Colombia’s Special Jurisdiction for Peace, the special criminal court created by the 2016 peace accords between the government and the FARC-EP to deal with crimes which occurred during Colombia’s decade-long conflict, accredited two territories as survivors of crimes under its jurisdiction. While interpreting the current Rule 85 RPE in that direction would be a stretch, especially in light of how the RPE and RS use the term “victim”, a 2/3-majority of the ASP could change that. Conveniently, in the future this post thinks about, such a majority already enacted Art. 8ter RS. Even more conveniently, that article also includes a definition of the new survivor. So, should the Expert Panel have proposed a change to Rule 85 RPE? Probably not. Such a change would signify another major paradigm shift, affecting every stage of proceedings concerning all crimes. Including ecocide in the Rome Statute already is an uphill battle. Tying it to another significant change would make it even less palatable to states.

Luckily, Art. 75 RS leaves judges enough flexibility to consider ecocide’s ecocentric nature and transformative objective. Only one requirement constrains their creativity: reparation must serve to overcome survivors’ harm. Ecocentric and transformative reparation are conceivable within that boundary and examples from jurisprudence can give an idea of what is possible. Judges would have good reason to award collective reparation, given the collective nature of the harm. As restitution, they could focus on the reversal of environmental damage through, e.g., reforestation or clean-up measures; monetary compensation could benefit environmental organizations. Satisfaction and guarantees of non-repetition could enable organizations to carry out protective measures and further community-based maintenance, as the TFV suggested in the Al Mahdi case. Education, information, and awareness campaigns could focus on rethinking our relationship with the environment. The same could be done through public ceremonies, events, monuments, etc. Such measures would likely help human survivors to overcome the harm of ecocide so that they could legitimately count as reparation.

Conclusion: Challenging, But With Great Potential

Art. 75 RS is not designed for ecocide reparation. It is anthropocentric and geared towards concrete harm. Nevertheless, it is open enough to accommodate ecocide’s challenges. Recognizing the Earth’s population as a collective survivor, equitably setting the scope of the perpetrator’s liability, and ordering diffuse reparation measures can reign in the diffuse character of some ecocides. Given the openness of reparation, judges can order ecocentric and transformative measures despite the anthropocentric norms. Such measures could directly impact environmental restoration, protection, and our thinking about the environment. All that is way down the road. But the great potential of ecocide reparation can provide another argument for enacting the crime into law as soon as possible. 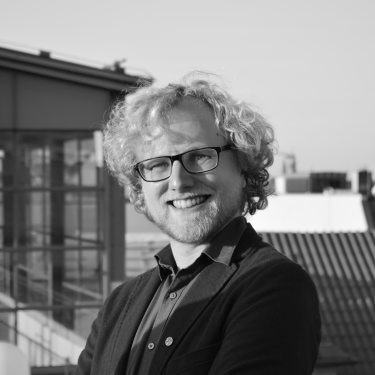 Fin-Jasper Langmack is a PhD candidate at the University of Cologne, focusing on reparation in transitional justice. As a Mercator Fellow he worked and researched at the Office of the Prosecutor of the International Criminal Court, the International Center for Transitional Justice, and the European Center for Constitutional and Human Rights before joining the team of the Secretary-General of Amnesty International Germany.