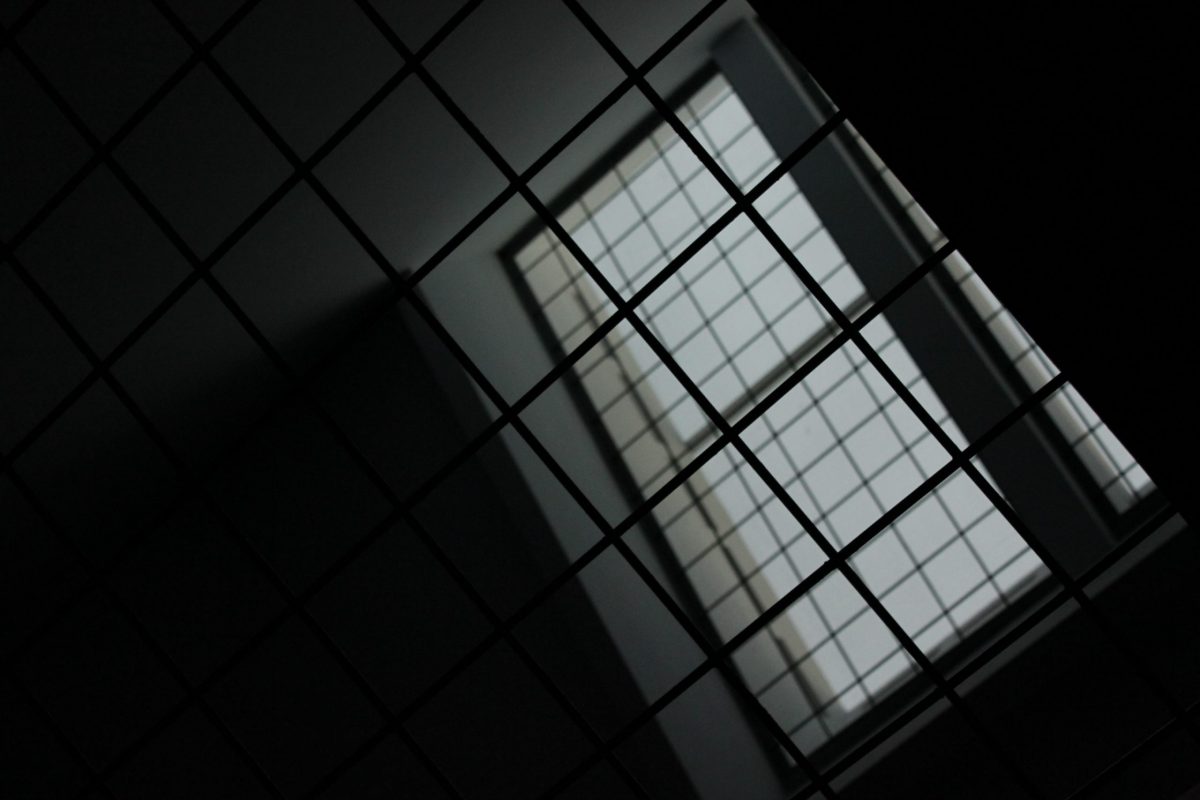 Photo by Yolanda Djajakesukma on Unsplash

Enforced disappearances in Syria and the Al Khatib trial in Germany

More than 100,000 Syrians have been subjected to enforced disappearances since 2011, when Syria descended into a civil war. The Syrian regime, operating through its four Intelligence Services, has used enforced disappearance and other oppressive tools such as torture and extrajudicial killings to install fear into the population and silence the political opposition. Nine years after the civil war started, the German Federal Public Prosecutor opened a criminal trial against two former members of President Bashar Al Assad’s security apparatus before the Higher Regional Court (‘the Court’) in Koblenz, Germany. They have been charged, among others, with torture and severe deprivation of liberty as crimes against humanity. Yet, despite the large amount of evidence and Germany’s international obligations to investigate and prosecute enforced disappearances, the Federal Public Prosecutor failed to bring charges of enforced disappearances.

This blogpost argues that the Court has received enough evidence to qualify the alleged acts of abduction and detention as enforced disappearances as a crime against humanity under Section 7 (1) No. 7 of the German Code of Crimes against International Law (CCAIL). By neglecting the crime of enforced disappearances, however, the Court falls short of assuming its responsibility towards the victims.

The Al Khatib case is about the criminal responsibility of Anwar R. and Eyad A., both Syrians who have worked for the notorious “Investigation Unit” of the General Intelligence Service’s detention centre in Damascus, also known as Branch 251 or Al Khatib. In the Al Khatib Branch, tens of thousands of people have been murdered, tortured, and ill-treated. The main accused, Anwar R., has allegedly overseen these crimes while serving as head of the Al Khatib Branch between 2011 and 2012. In application of the principle of universal jurisdiction, he has been charged for complicity in crimes against humanity, including 4,000 cases of torture, 58 murders, and individual cases of sexual assault and rape. The second accused, Eyad A., has been Anwar’s subordinate. He is accused of having abducted peaceful protestors to take them into custody in the Al Khatib Branch and has been charged for aiding and abetting in torture and deprivation of liberty as crimes against humanity in at least 30 cases. Both accused have left Syria in 2012 for Germany, where they were eventually arrested in 2019 and brought to trial in April 2020.

The German law provides for the punishment of enforced disappearances in Section 7 (1) No. 7 CCAIL which expressly envisages enforced disappearances as one way of committing a crime against humanity. Following the definition of enforced disappearance as a crime against humanity in Article 7 (2) (i) of the Rome Statute, the German law requires four essential elements: (1) the contextual element of a widespread and systematic attack directed against any civilian population, (2) a severe deprivation of liberty with some form of State involvement, (3) the State’s concealment of the disappeared person’s fate and whereabouts, and (4) the intention to remove the person from the protection of the law.

Most probably, in the Al Khatib case, the first two elements can be proven without further difficulties. In this regard, significant evidence has been presented to the Court, including the testimonials of survivors, former security officials and expert witnesses, as well as around 50,000 photos depicting the corpses of systematically tortured detainees and various reports by the UN and NGOs. Both elements – a widespread and systematic attack and a deprivation of liberty – are also required to establish the distinct crime of severe deprivation of liberty under Section 7 (1) No. 9 CCAIL for which the accused have in fact been charged.

Regarding the latter two elements of the crime of enforced disappearance – the State’s concealment of the disappeared individuals’ fate and whereabouts with the intention to remove the victims from the protection of the law –, some witnesses have already brought pieces of evidence to the Court. For instance, on trial day 13, a witness reported that he and his family pursued the whereabouts of several detained relatives until those were allegedly transferred to Damascus, where their traces vanished. On trial day 24, another witness recalled hearing stories about protestors who disappeared: “The intelligence services do that, and no one can ask them or hold them accountable.” Two months later, on trial day 35 and 36, another witness described his unsuccessful search for his disappeared brother at full length. He paid about 400,000 Syrian liras to visit the al-Khatib Branch where his brother allegedly was detained and met the main accused, Anwar R., but was denied any information about his brother’s fate. The Syrian State’s policy to give no, insufficient or false information about the detainees’ fate and whereabouts has also been highlighted by a former member of the Syrian General Intelligence Service, who reported that the Intelligence Services issue false death certificates pretending that detainees had died from a natural cause – although they were in fact tortured to death. The Court, the Federal Public Prosecutor and representatives of the survivors who joined the trial as joint plaintiffs must now direct follow-up questions to these and future witnesses to inquire about the information that relatives have received (or not) when pursuing the whereabouts of a disappeared individual. Thereby, the Court must take into account that war circumstances make it extremely difficult to request information from the State about disappeared individuals or even to search for them.

Even at this advanced stage of the trial, re-assessing the charges brought by the Federal Public Prosecutor is still possible. According to Section 155 (1) of the German Code of Criminal Procedure (CCP), the scope of judicial investigation and decision is limited to the offence – i.e. the alleged acts – as specified in the indictment. Thus, the Court may not adjudicate on additional or different offences for which the accused have not been indicted. However, the Court is not bound by the Federal Public Prosecutor’s legal qualification of the alleged acts (Section 155 (2) and 264 (2) CCP).

In the Al Khatib case, the Federal Public Prosecutor brought charges for abduction and detention in its indictment. Thus, qualifying these acts as enforced disappearances under Section 7 (1) No. 7 CCAIL is not a change in the offence itself, but a question of legal analysis. From a procedural point of view, according to Section 265 (1) CCP, the Court merely needs to formally draw the attention of the two accused to the possibility of a change in the legal reference and afford them the opportunity to defend themselves.

Re-assessing the charges is crucial to deliver justice

Germany is a State Party to both the Rome Statute and the International Convention for the Protection of All Persons from Enforced Disappearance. As such, it has an international obligation to prosecute those acts of enforced disappearances that its prosecutors are made aware of. Addressing enforced disappearances as a distinct crime in the Al Khatib trial is crucial from a victims’ rights perspective: A formal acknowledgment that the Syrian Intelligence Services have forcibly disappeared individuals is in itself a form of redress for victims. This is even more important considering that, by definition, the crime of enforced disappearances implies aspects of concealment and uncertainty. It is not enough to prosecute the accused under the offence of deprivation of liberty under Section 7 (1) No. 9 CCAIL because this crime does not capture all aspects related to the thousands of cases of abduction and detention in Syria. In particular, the crime of deprivation of liberty does not cover the extreme vulnerability of a forcibly disappeared individual to become subjected to abuse, torture or other forms of additional human rights violations during the detention. Neither does the crime of deprivation of liberty address the traumatic suffering of family and friends who must live with the uncertainty of whether their loved one is still alive. Failing to charge enforced disappearances would enhance its invisibility as a distinct crime against humanity while granting a “carte blanche” for its perpetrators in Syria and all over the world.

There is already a momentum happening to re-consider the charges brought by the Federal Public Prosecutor. Only recently, the representatives of several victims requested the Court to re-assess the charges brought for sexual and gender-based violence. So far, the indictment considers sexual and gender-based violence as coincidental and isolated single cases, although various international reports show that they were part of a wide-spread and systematic attack against the civilian population, i.e., that they should rightly be qualified as a crime against humanity. The Court must now take-up this momentum and also re-consider the charges brought for abduction and detention. Prosecuting all human rights violations committed by the two former members of the Syrian General Intelligence Service in all their aspects, including enforced disappearances, is imperative.

The author would like to thank Eva Nudd, legal advisor at REDRESS, for her valuable comments on an earlier version of the draft. Views expressed in this contribution are not representing the organisations that the author may be associated with.

Cite as
Lina Schmitz-Buhl, Enforced disappearances in Syria and the Al Khatib trial in Germany: Qualifying the alleged acts as enforced disappearance as a distinct crime against humanity is imperative, Völkerrechtsblog, 27.01.2021, doi: 10.17176/20210127-191051-0.
Author 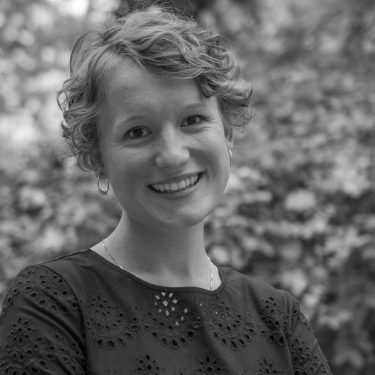