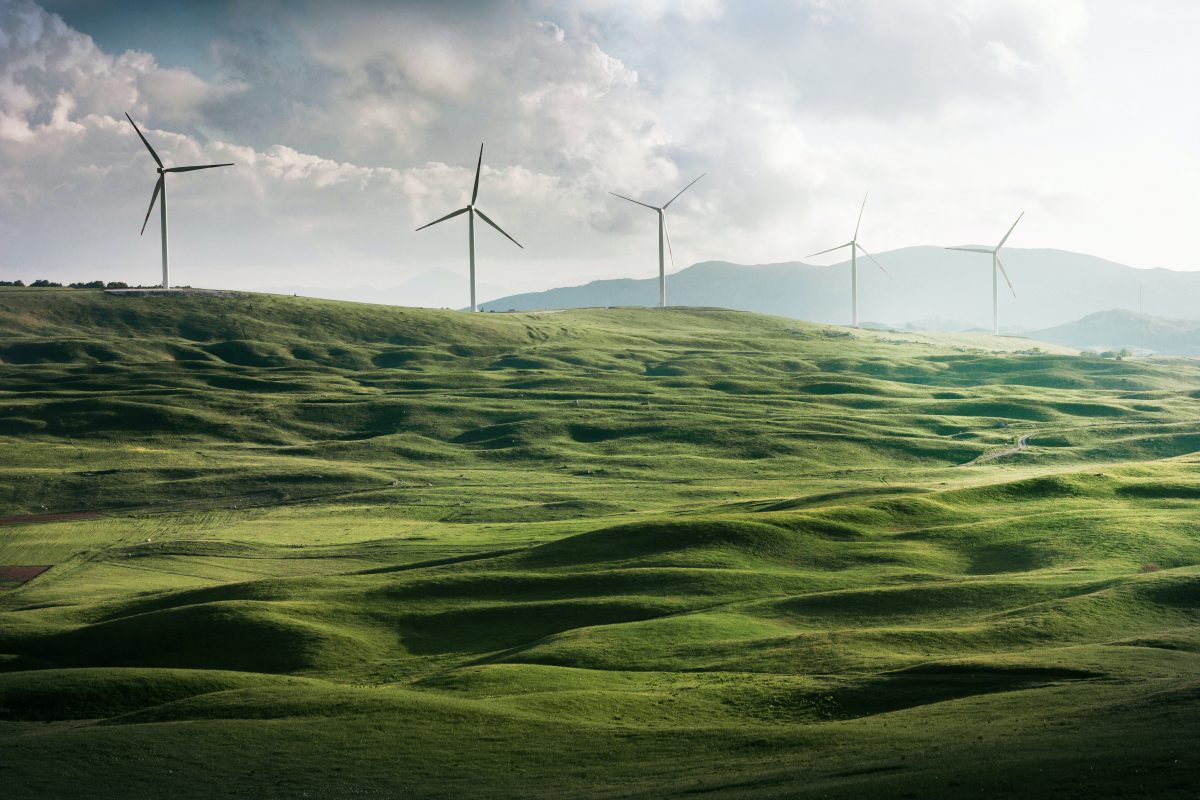 Photo by Appolinary Kalashnikova on Unsplash.

Don’t Pull the Plug on the Energy Charter Treaty

Why EU Member States Should Modernise Rather Than Abandon It

As the Earth is facing global warming and the long-term temperature goals of the Paris Agreement seem ever more distant (see new IPCC report), another international treaty has been receiving attention in scholarship, media and civil society – the Energy Charter Treaty (ECT). The ECT has more than fifty parties, including the EU and all EU member states except Italy, and inter alia provides access to investor-state dispute settlement (ISDS) for foreign investors in the energy sector.

Critics argue that the ECT is detrimental to a clean energy transition and that states should ‘pull the plug’ on the ECT. In their view, the treaty prevents states from taking tough action against fossil fuel-based energy production because of the risk of ISDS proceedings and large compensation payments. Also the modernisation process initiated by the contracting parties to the ECT in 2017 is seen as mere greenwashing of the ECT and ISDS, leading to calls for a coordinated withdrawal from the ECT (see e.g. here and here), which some EU states seem to support. Many in the EU Parliament (EP) have criticised the ECT modernisation as well.

In contrast, this blogpost argues in favour of the EU reform proposal for the ECT and the pursuit of modernisation. While the EU proposal is not perfect, we argue that it may still hold great potential and even an eventual compromise version of reforming the ECT may be a good deal. We will briefly outline the current state of the modernisation process and then address three reasons why the modernisation process should not be abandoned just yet: the protection of renewable energy investments, the so-called sunset clause in the ECT and new provisions proposed by the EU.

Since 2017, the contracting parties to the ECT have been pursuing the goal of modernising the ECT to take account of new developments in investment law and to align the ECT with international climate law. The EU has been advocating for a greener ECT in its proposal, inter alia excluding protection for fossil fuel investments. However, negotiations have been dragging on and there is resistance from other ECT states, in particular from Japan (see here), to modernising the ECT. So far, the modernisation group of the ECT has held twelve negotiation rounds with the next round taking place on 17–20 May 2022. The negotiations aim to finish with an ‘agreement in principle’ in June 2022, but it is still possible that negotiations fail or that several EU states and/or the EP disapprove of compromises reached (see here and here).

However, the modernisation process should not be rejected out of hand for the following three reasons:

The Protection of Renewable Energy Investments

A major concern of critics is the so-called ‘regulatory chill’ or ‘chilling effect’ of investment arbitration (see e.g. here and here), according to which the mere existence of investment treaties and ISDS discourages states from taking regulatory action, e.g. shutting down fossil fuel operators, as this might trigger arbitration proceedings and payments of awards. For instance, the Netherlands reportedly announced that their coal phase-out could not progress faster given legal risks associated with the phase-out measures (see here; see further statements by Denmark and New Zealand) In contrast, proponents of the investment protection regime deny a chilling effect arguing that states may adopt measures in the public interest under the current investment treaty regime as they see fit (see e.g. here).

Thus, a chilling effect may also benefit renewable investors, who have substantial upfront costs before making profits from renewable energy production. Private investments and expertise will be needed for the clean energy transition. Financial incentives such as subsidies are popular policies to increase attractiveness of renewable energy investments. Through requiring a stable and predictable legal framework and, ultimately, the ‘threat of arbitration’, the ECT ensures that these policies are not suddenly abandoned. Even if the ECT itself does not necessarily promote the inflow of foreign direct investment (see here), governmental support and subsidies do and when this support adversely changes or is withdrawn, renewable investors can have recourse to ISDS under the ECT to receive compensation or potentially induce a state to reconcile divergent interests.

Sunset Clause: No Quick Exit from the ECT

The so-called sunset clause of the ECT (Article 47(3)) ensures that already existing investments continue to be protected under the ECT after the withdrawal of a state from the ECT for a period of 20 years. Fossil fuel energy production that is up and running will continue to have access to ISDS under the ECT for another 20 years. Thus, a withdrawal of EU states from the ECT would not prevent investment disputes such as the recent ones related to the Dutch coal phase-out. Only fossil fuel investments made after the withdrawal will completely lose protection under the ECT.

However, it has been suggested that EU states may modify the ECT just between themselves (inter se modification), thereby remove the sunset clause between themselves and then withdraw from the modified ECT. As a result, investors from an EU state could no longer rely on the sunset clause against other EU states. Whether such an inter se modification is legally possible remains debated – many suggest it is (see here and here). However, in light of the findings of arbitral tribunals it seems that such an inter se modification might be incompatible with the ‘effective execution of the object and purpose of the treaty as a whole’ (Article 41(b)(ii) VCLT) (see here). Moreover, it should be noted that investors from states not being part of the inter se modification would still be able to bring claims under the sunset clause. Withdrawing from the ECT, the EU would miss the chance to shape a major investment treaty in accordance with the EU’s climate objectives, as e.g. foreseen in the EU proposal for the ECT.

New Provisions in a Modernised ECT: The EU Proposal

To align a modernised ECT with the goals set out in the Paris Agreement, the EU aims at abandoning the energy source neutrality of investment protection in the ECT. The EU proposes to exclude new fossil fuel investments from protection and to phase-out protection for existing ones until the 31 December 2040 at the latest. At the same time, energy materials and products not yet covered by the ECT but relevant for renewable energy production and energy storage, shall be included. The exclusion of certain investments from protection entails a major shift in investment treaty policies, even more so as the share of (subsidised) fossil fuel investments in the energy sector remains high. Thus, the EU proposal contains a radical but pragmatic option to prevent arbitral proceedings concerning domestic phase-outs in the fossil fuel energy sector.

Several proposed clauses incorporate the state’s ‘right to regulate’, including a ‘regulatory measures’ provision and a ‘regulatory exception’ for indirect expropriations. It is well accepted that a state can govern in the public interest without incurring state responsibility. Interpretative approaches have emerged in arbitral practice to distinguish between legitimate regulatory activity and the breach of protection standards (see e.g. here and here). Primarily, the envisioned ‘regulatory measures’ provision reaffirms the right to regulate and provides interpretative guidance, e.g. on the legitimate policy goals including ‘combatting climate change’. The clause furthermore clarifies that the protection standards shall not be interpreted as a commitment not to undertake changes to the legal or regulatory framework. Moreover, the provision also stipulates that withdrawing subsidies in principle does not breach any of the investment protection standards. This supplement appears to be influenced by the numerous renewable energy cases against EU member states (Spain, Italy and the Czech Republic), which arose out of the revocation of incentive schemes and intends to secure broad regulatory leeway.

Finally, the EU proposal contains provisions on climate protection, e.g. the obligation to effectively implement the Paris Agreement and the national determined contributions. These provisions are coupled with a state-to-state arbitration mechanism for inter-state disputes on the interpretation and application of these provisions. Even though the tribunal could only publish a public report and not a binding award, this proposal introduces a de facto state-to-state climate litigation mechanism for more than 50 states. As the dispute settlement mechanism under the Paris Agreement is dormant at best (see here and here), the mechanism to be incorporated in the ECT according to the EU proposal has some potential to hold states to account for failing to implement the Paris Agreement.

While there has been scepticism about the ECT and its modernisation process, a modernised ECT based on the EU proposal could contribute to achieving the clean energy transition. As arbitral practice shows, the ECT is relevant to protecting renewable investments. The EU proposal envisages the exclusion of fossil fuel investments from the ECT’s scope of protection. The modernisation negotiations may still fail, and the EU proposal might be significantly diluted. However, one should not give up on modernisation at this point as even a coordinated withdrawal might not prevent investment proceedings with respect to measures taken against existing fossil fuel investments. 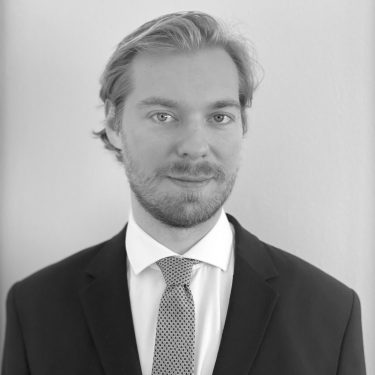 Kilian Wagner is a Researcher & Lecturer (prae-doc) at the Department of European, International and Comparative Law of the University of Vienna.