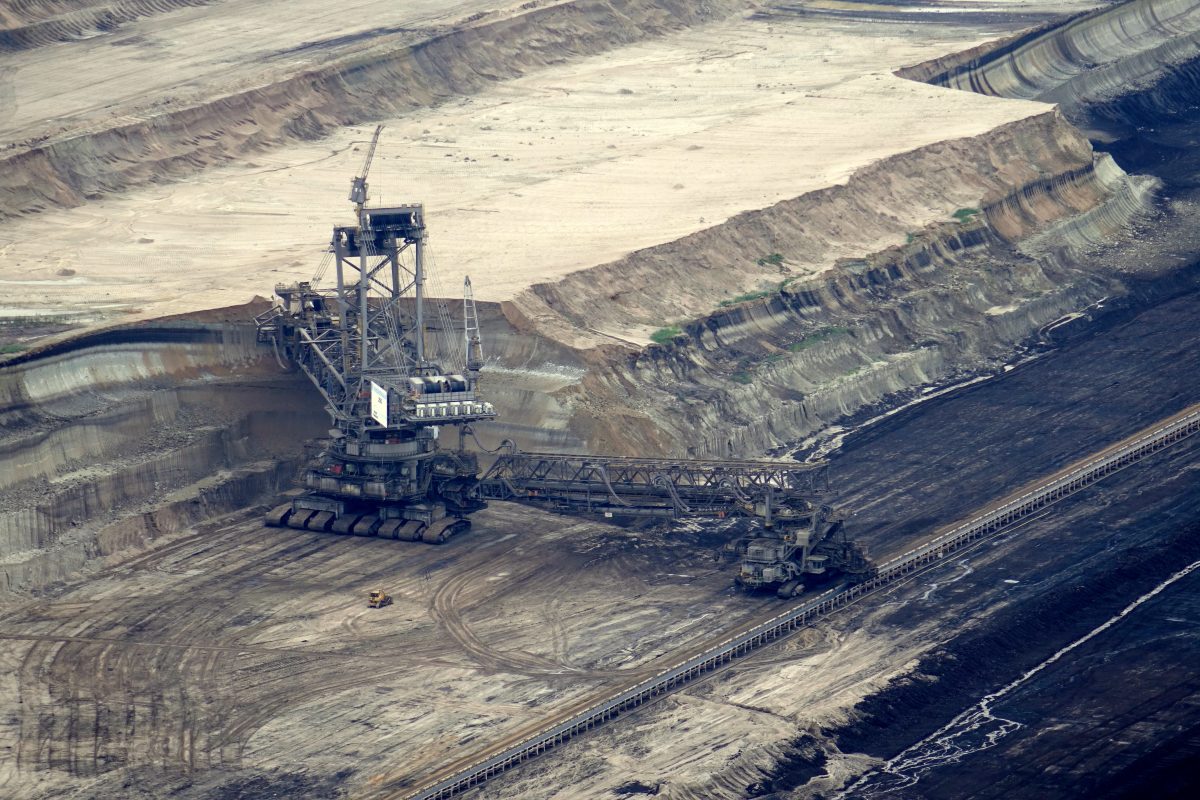 Photo by Sevement on pixabay.

On the basis of the ECT treaty, companies like RWE claim billions from the Dutch state because they have to close their coal-fired power plants under the Dutch coal-exit law of 2019. However, the European Court of Justice ruled that the dispute settlement clause of the treaty is inapplicable within the EU. The Netherlands must now leave the ECT, and so should Germany, write Laura Duarte Reyes and Claudia Müller-Hoff echoing the call of several Dutch environmental and human rights organizations, including Urgenda, Greenpeace, SOMO and Milieudefensie.

In September 2021, the European Court of Justice in Moldova v. Komstroy (C-741/19) ruled that the Energy Charter Treaty (ECT), and in particular its clause allowing to sue states in private investment arbitration tribunals, cannot be used by EU-based investors against other EU Member States. Companies invoke this treaty to sue states if they consider public climate protection measures to damage their investor interests.

German energy company RWE is currently doing just that: on the basis of the ECT, the company is claiming €1.4 billion from the Dutch state because it must close its coal-fired power plant in the Eemshaven by 2030. Energy Company Uniper follows a similar strategy against the Netherlands to fight the early closure of its Maasvlakte coal plant. These claims should now be dismissed as a result of the finding of the European Court.

The ECT was created following the fall of the Iron Curtain with the aim of making it easier for Western European companies to invest in Eastern European and Central Asian countries. Like other investment treaties, the ECT contains a controversial clause for investor state dispute settlement (ISDS). With this mechanism, companies can bypass national courts to claim billions in damages if their investments, potentially including future profits, are threatened.

Swedish Vattenfall used this clause against Germany in 2012 to demand 4.5 billion EUR for the decision to exit nuclear energy ahead of schedule. And this is exactly what is happening again now in the Netherlands. With the decision to close coal-fired power stations by 2030, the Dutch parliament was trying to comply with the Paris climate target of keeping global warming below 1.5°C and with national legal obligations. Yet Uniper and RWE challenge this decision and demand billions from the Netherlands. In our opinion, all stakeholders could have seen the phasing out of coal coming. Nevertheless, RWE and Uniper decided to open new coal plants in 2015 and 2016. Whether the Dutch coal exit decision of 2019 triggers an obligation to compensate the claimant companies RWE and Uniper is questionable. Non-discriminatory and proportionate regulatory measures adopted in the public interest can qualify as lawful acts that do not constitute expropriation and therefore do not trigger the obligation to pay compensation (“police powers doctrine” under customary international law).

ISDS arbitration tribunals are repeatedly criticized (see for example here and here) for alleged conflicts of interest and a lack of transparency in the making of rulings. The European Court raises further objections to their use for intra-EU disputes.

The recent Komstroy decision (C-741/19) of the European Court is in line with the 2018 Achmea judgment (C-284/16), which found that investor-state arbitration based on bilateral investment treaties between EU member states is incompatible with EU law. This month’s decision goes a step further than the Achmea reasoning as it applies the rationale to the multilateral ECT for intra-EU investor-state arbitrations. With this, the European Court also sends a strong signal, also for RWE and Uniper: they should never have filed their claims.

Still, RWE purported in the German media that this Court ruling will have no direct effect on the ISDS proceedings initiated. In theory, this is possible because the investment arbitration tribunal is not part of the EU and hence not bound by the ECJ ruling, which was criticized for its extensive interpretation of jurisdiction on the matter of intra-EU disputes. As domestic courts are bound by the Achmea judgment, it is however difficult to see how RWE and Uniper would enforce an arbitration award against an EU member state in EU territory. The arbitration tribunal therefore should consider the implications of the ECJ ruling in order to avoid contradictions between legal regimes and creating legal uncertainty.

On the other hand, the Netherlands have initiated proceedings before German courts asking that, in application of Section 1032(2) of the German code of civil procedure (ZPO), Uniper’s and RWE’s ICSID arbitration claims are declared inadmissible due to their intra-EU nature (case no. 19 SchH 15/21). In relation to the Raiffeisen v. Croatia UNCITRAL arbitration, the German Federal Supreme Court (BGH) had confirmed  the inadmissibility of the investment treaty arbitration following the CJEU’s Achmea ruling. Following this precedent, the German courts could be expected to directly apply the CJEU’s Komstroy reasoning to the case brought by the Netherlands against RWE and declare the arbitration proceedings inadmissible.

The federal constitutional court has made clear in Neubauer et al. v. BRD that Germany must take much more specific climate action to achieve the Paris climate target of keeping global warming below 1.5°C  and to ensure that future generations are not unduly burdened by incremental climate protection actions in the future. This calls upon the government but may have future implications for society as a whole and in particular the large emitter companies. First legal actions under civil law are already underway in Germany against BMW and Wintershall Dea to oblige them to reduce their emissions, and this is only the beginning. A similar case against a company was won in the Netherlands against Shell in first instance earlier in 2021. In defending their coal investments, RWE and Uniper are clearly moving against a growing global climate protection imperative. If their shareholders will not help them to U-turn the steering wheel, maybe national and EU courts and laws will.

If RWE and Uniper are committed to and want to achieve the 1.5°C, they should withdraw their legal actions. After all, with their actions they are not only making the energy transition more expensive and delaying it. They are also putting pressure on the Dutch government not to do what is now urgently needed in the light of the urgent climate problem.

However, the issue goes beyond individual companies. It is structural, it is about the investor protection regime of the ECT. On 13 December, member states undertook the ninth negotiation round to reform the ECT. Unfortunately, these efforts have so far hardly led to any substantial improvements. Several countries, including Greece, Spain, Poland and France, want to get rid of the ECT, including the so-called sunset clause that allows companies to file claims for another 20 years after the expiry of the treaty.

By joining this growing group of EU countries and withdrawing from the ECT, Germany can prevent German energy companies from suing other states for their coal exit strategies and ensure that future necessary decisions to address climate change are shielded from such predatory corporate behavior. This will also prevent the bill for the energy transition from being passed on even further to the taxpayer.

Over 1 million European citizens have signed a petition to “(e)xit the Energy Charter Treaty”. A government that really wants to get on with its climate ambitions must free itself from the ECT yoke.

This article was also published in German here.

Claudia Müller-Hoff is a German licensed attorney, with an LLM in Law in Development (Warwick). She is a senior legal advisor to the European Center for Constitutional and Human Rights (ECCHR), where she has specialized on Business and Human Rights and transnational litigation development. 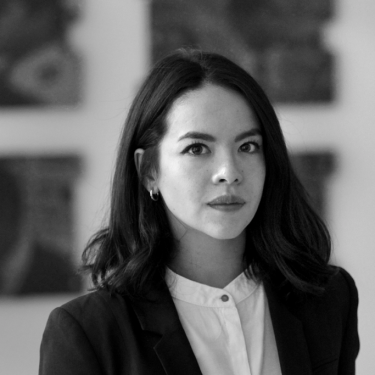 Laura Duarte is a Legal Advisor and Bertha Justice Fellow at ECCHR. She is a Colombian licensed Attorney and holds a M.A. in Human Rights and Multilevel Governance from the University of Padua, Italy. She specializes in business and human rights and climate justice.