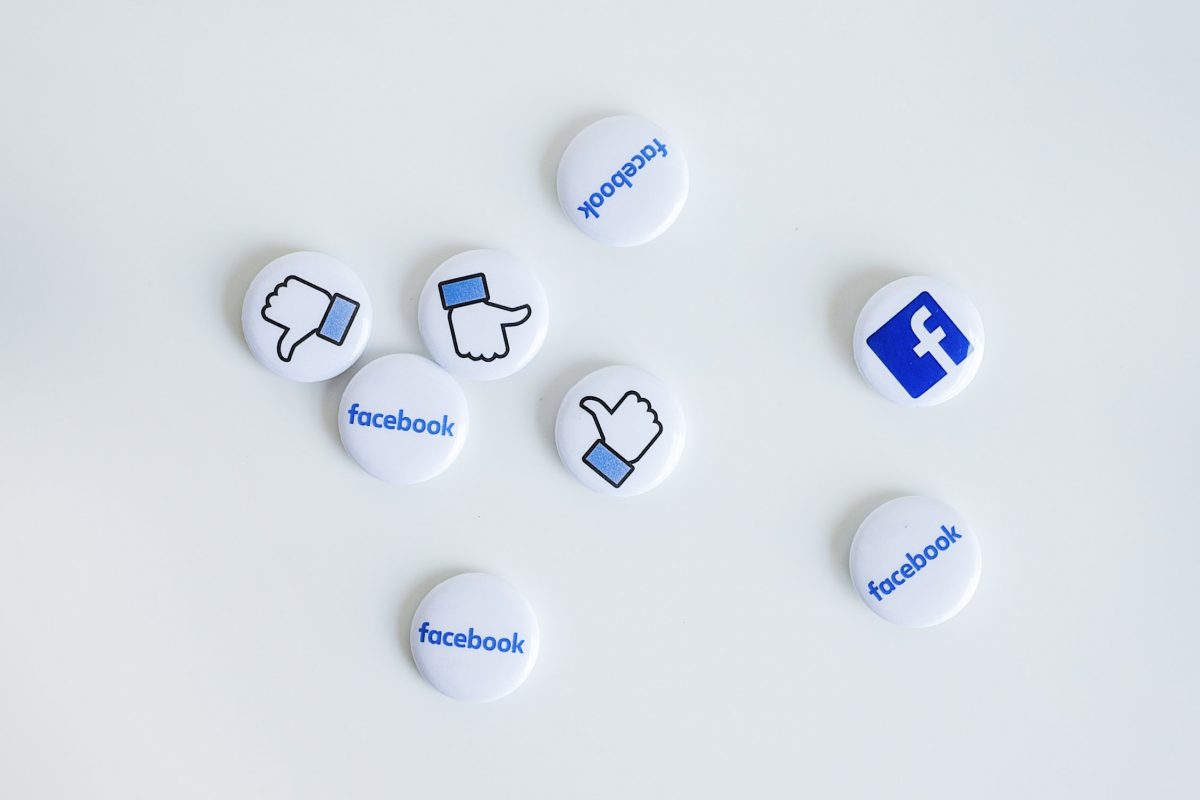 Facebook exercises extraordinary power over individuals in the digital world, and  the grave consequences of what is said on Facebook can easily spill into the physical world too. There is no doubt that Facebook is one of the most powerful arbiters of online speech. As Klonick puts it, „through its ’semipublic rules‘ called ‚Community Standards‘, Facebook has created a body of ‚laws‘ and a system of governance that dictate what users may say on the platform”. It is hardly surprising that Facebook has faced immense pressure to become more accountable. So, in 2018 Facebook announced plans to create an independent oversight body to review content decisions underpinned by a robust legal framework. Now, we do have such a forum in place, and it is called  the Facebook Oversight Board (“Board”). Explaining the need for the Board, Facebook itself has said that as its “community grew to more than two billion people, it became increasingly clear to the Facebook company that it shouldn’t be making so many decisions about speech and online safety on its own. The Oversight Board was created to help Facebook answer some of the most difficult questions around freedom of expression online: what to take down, what to leave up and why.”

Fundamentally, the Board acts as an appellate review mechanism for user content. It sits outside of Facebook’s structure to facilitate its independence, and is funded by an independent trust. When fully staffed, the Board will have 40 members. The Board also consists of non-lawyers. For the Board, the rubber has now hit the road. On 21 January 2021, the Board accepted to decide a case on Donald Trump’s indefinite suspension from Facebook and Instagram. The Board accepted this case following a referral from Facebook to examine their decision to indefinitely suspend Trump’s access to post content on those platforms. Crucially, Facebook has also requested policy guidance from the Board on suspensions when the user is a political leader. In its short life so far, the Trump case is the most high-profile case that the Board will decide since it commenced operations in October 2020. If the Board demonstrates the kind of independence and impartiality expected from a modern adjudicative mechanism, accords all concerned parties due process, and ultimately delivers a well-reasoned decision that is adopted by Facebook, it would pass its first real test and gain considerable credibility. Let me start by providing some background to the kinds of cases the Board can decide.

As of now, the Board can only make determinations on whether content posted on Facebook or Instagram should be allowed. Pursuant to Article 1(4) of its Charter, the Board is empowered to require Facebook “to allow or remove content“, and can also „provide policy guidance, specific to a case decision or upon Facebook’s request, on Facebook’s content policies.“ This jurisdiction is very narrow. Douek, who actually pushed Facebook to send the Trump case to the Board, has observed that the board’s limited jurisdiction is the “biggest disappointment in the process of its establishment so far…users can only appeal cases in which their content is taken down by Facebook, and not cases where Facebook leaves disputed content up.” Even though the Board’s limited competence significantly impacts what it can presently do, eventually the Board’s jurisdiction may be expanded. It is thus too early to judge the Board’s long-term usefulness on the basis of its limited current subject matter competence.

What is more, the example of the Trump case shows that if the motivation exists, the Board can still play a major role in deciding some critical and precedent-setting cases. Because Trump has been entirely suspended from Facebook, the only way in which this case could have been adjudicated by the Board is if Facebook itself referred it to the Board, which it thankfully did. The limitation on the Board’s competence empowering it to only review decisions concerning content that has been removed is no doubt a significant flaw which limits the ability of a user to contest Facebook’s decision to exile them from the platform completely. Still, due to Facebook’s referral of the Trump case, at a relatively early stage of its existence, the Board has the opportunity to establish its credibility in a highly important and sensitive case. Indeed, prior to the Trump referral, as the New York Times put it, ”the board has been handling pretty humdrum stuff”.

The Board’s decision in the Trump case will obviously be of great significance for it will set a precedent on how Facebook is to balance a political leader’s freedom of expression with other values, including the need to avoid grave harm through misinformation. Interestingly, Trump’s ongoing impeachment proceedings in the US Senate may also be looking at similar questions, making the Board’s decision even more anticipated. At most, we have to wait three or so months for the Board to decide the Trump case. Facebook has said that the decision will be binding on it. This is a good thing: especially  because the bindingness of the Board’s decisions is highly qualified (Article 4, Board’s Charter). The Board’s legitimacy and credibility will receive a significant boost if it is able to render a well balanced decision that ultimately Facebook implements.

What should a well-balanced decision consider?

Crucially, a well-balanced decision requires making the correct choice of applicable law. This would prove to be the greatest challenge as the applicable law regime for the Board is deficient. According to Article 2(2) of the Board’s Charter, the law to be applied by the Board is Facebook’s own content policies and values, and “the board will pay particular attention to the impact of removing content in light of human rights norms protecting free expression”. The role human rights law is to play in the Board’s decision-making is highly ambivalent. The Board’s co-chair recently commented that “we draw on both the company’s own kind of terms of service, which they refer to as their community standards, and whether they were properly applied. But, also, Facebook has what are called values. Voice is a – is one of those values. Safety is one of those values. Dignity is one of those values. And we are also charged with applying those values […] And then there’s also kind of an external source of information we rely on, which is international human rights law.”

It is problematic that human rights law is not intended to supply the core binding standard based on which the Board will make its decisions, and is being treated as mere “information”. Albeit in its initial decisions, there are indications that emphasis is being given to human rights standards on the freedom of expression (see for example the Board’s decision in case 2020-006, para. 8.3). However, it is important to point out that freedom of expression is not the only human right engaged in content decisions. A human rights review commissioned by Facebook itself pointed out that

Given that so much of the subject matter of the cases the Board is mandated to decide relate to human rights, it should be natural for human rights law to then supply the governing law. Another important question relates to whose rights are being considered? Is this just the user, or also that of individuals who the user’s speech and actions impact? These are of course difficult questions that the Board must answer. The Trump case is a golden opportunity for the Board to place human rights law at the centre of what will be its most significant decision so far. Each distinct right engaged needs considering. Of course, this is going to be a very difficult thing to achieve in the Trump case due to the careful balancing exercise required in a highly charged situation where democratic institutions have been undermined and greatly damaged. If the Board can maintain this fine balance, it would have truly passed its first crucial test.

Let’s hope the Board passes the Trump test

The Board is a novel experiment aimed at enhancing the accountability of powerful private actors that exercise considerable public power. So, it should be welcomed. But it faces, and will continue to face many detractors. If the Board passes the Trump test, in the short-term at least, its detractors would be proven wrong for the Board would have managed to adjudicate a case which no other domestic or international court can easily resolve. But for the Board to be a viable long-term forum, significant improvements are necessary. While the Board’s Charter and Bylaws have several positive features, especially as to the independence of the Board in general, and Board members in particular (see Article 1, Board’s Bylaws), several deficits have been identified. For example, the Board has been called a “functionally-powerless” entity that is lacking in diversity. As has been said, the Board’s jurisdictional scheme is very limited and one may question how useful it actually is. Crucially, the Board will have to grapple with many questions concerning substance and procedure. One of the most important of these relates to how the Board applies a varied set of norms located in distinct legal orders, and what place human rights law finds in its decision-making. The Trump case will stress test this very question. 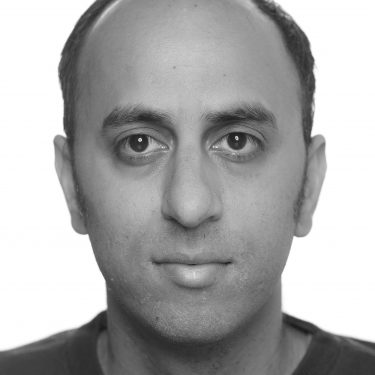 Dr Rishi Gulati is an international lawyer who researches, teaches and practices in public and private international law, with extensive experience in international dispute resolution. He is presently Assistant Professor in Law at Dublin City University, having previously taught at the London School of Economics, King’s College London and the University of New South Wales.