Setting precedents at the UN

Mexico suffers from an entrenched situation of violence, with gross human rights violations committed daily since 2006, when the “war against organized crime” was started by former President Calderón. The militarization of public security has led to an explosion of violence, with more than 300 000 murders, 64 000 missing persons, 39 000 unidentified bodies and around 4 000 clandestine graves. According to official figures, an average of more than ten people has been disappeared daily in the last 14 years, many disappeared likely at the hands of State agents in collusion with organized crime. In 2018, the UN Committee on Enforced Disappearances (CED) “deeply regret[ed] that the phenomenon of disappearance continues to be widespread over much of the territory of the State party and that impunity and revictimization prevail” (CED 2019 Follow-Up Observations on Mexico, para. 3). It is worth mentioning that the qualification of “widespread” for the situation in a State party has never been used before or since then by the CED.

Structural impunity enables and perpetuates the crisis: more than 93% (p.5) of the crimes are not reported to authorities (i.e. “la cifra negra”, or „the black figure”), and around 96% of the reported crimes remain unpunished. According to investigation by NGOs (p.7), in 2019, only four cases of enforced disappearances (with state involvement, article 2 ICPPED) or disappearances committed by private individuals (article 3 ICPPED) were taken to trial. Even though the number of disappearances reached an unprecedented peak in 2019, nobody was convicted. Due to this impunity, some victims and civil society organizations have had no choice but to turn to international mechanisms to seek justice for the enforced disappearances of their relatives. After years of fighting for Mexican authorities’ compliance with their international obligations, strategic litigation might finally open the way for victims of enforced disappearances and their relatives to access justice with a long-awaited decision by the Supreme Court of Mexico in January 2021.

International mechanisms: the only hope to exercise pressure on Mexico

In the last six years, the Mexican human rights organization IDHEAS specialized in strategic litigation of complaints of enforced disappearances and other gross human rights violations, in order to set impactful precedents to improve the search, investigation, and reparation of human rights violations. IDHEAS has accompanied victims in their fight for truth, justice, and reparation by presenting their cases before the treaty bodies of the United Nations. Despite having ratified the ICPPED in 2008, Mexico only recognized the competency of the CED to receive individual complaints in August 2020. Consequently, victims’ representatives could not present individual complaints before the CED until very recently (article 31 ICPPED). In 2015, IDHEAS thus decided to bring emblematic cases of enforced disappearances before the UN Human Rights Committee (HRC). While the term “enforced disappearance” is not explicitly mentioned in the 1966 International Covenant on Civil and Political Rights (ICCPR), the HRC-Committee’s jurisprudence recognized that enforced disappearances violate many of the rights enshrined in the Covenant, such as the right to life, the prohibition of torture and cruel and inhumane treatment, the right to liberty and security, the right to recognition of legal personality and the right to an effective remedy. (e. g. HRC 2019 Víctor Manuel Guajardo Rivas v Mexico, para. 12.5).

Mexico’s recognition of its responsibility for cases of enforced disappearances

In November 2019, for the first time in history, the HRC-Committee recognized Mexico’s responsibility for the three cases of enforced disappearances of Christian Téllez Padilla, Víctor Manuel Guajardo Rivas, and Jesús Israel Moreno Pérez, presented by IDHEAS in 2015.

The HRC recognized that the Mexican State violated various rights of the three victims and clarified the State’s obligation to thoroughly investigate these cases It urged Mexico to search and locate victims, determine the responsibility of the crime, provide full reparation to the families and adopt measures to prevent similar future violations, including through the creation of a “register of all detained persons” (HRC 2019 Víctor Manuel Guajardo Rivas v. Mexico, para. 14), as it could help prevent this “particularly aggravated form of arbitrary detention” (ibid. para. 12.8) as well as discretionary and abusive detention practices in the future. It also considered that the Mexican State violated the rights of the relatives of the disappeared person to not be subjected to torture, punishment or cruel, inhumane, or degrading treatment, due to the “distress and suffering” (ibid. para 12.7) caused by their relative’s disappearance, and through seeking justice on their own. The HRC reaffirmed that the state, rather than the victims, should carry the burden of proof in these tragic cases (ibid. para 12.3). It also set important precedents, thereby strengthening existing international human rights standards regarding enforced disappearance. For the first time, the HRC applied the comprehensive formula developed in its General Comment No. 36 (para. 19) in the individual communication Jesús Israel Moreno Pérez v. Mexico, that the “States parties’ duty to protect the right to life entails not only preventing deprivation of life but also investigating and prosecuting potential cases of unlawful deprivation of life, meting out punishment and providing full reparation” (para. 12.5). It also specified for the first time “that one of the characteristic elements of enforced disappearance of persons is precisely the refusal to acknowledge detention and to reveal the fate and whereabouts of the person” (HRC 2019 Víctor Manuel Guajardo Rivas v. Mexico, para. 12.3). Despite these historic decisions, Mexico has yet to comply and implement the measures recommended by the HRC. A first important step has been taken just recently, on 9 December 2020, when the Mexican State has officially recognized its responsibility in these three cases.

IDHEAS and other victims’ groups also used the CED’s Urgent Actions procedure (article 30 ICPPED) to improve the search and investigation of cases of missing persons. This humanitarian mechanism enables the CED to receive requests on cases of enforced disappearances and to request the State party to provide timely information about the measures implemented to search for the missing person (see Albane Prophette-Pallasco and Anna Batalla Trilla in this Symposium). Mexico has received a total of 414 Urgent Actions, with 190 requested by IDHEAS, which is the highest number of requests for Urgent Actions sent to any country in the world just after Iraq (CED 2020 Report on Urgent Actions, para. 23). However, victims and NGOs have struggled to secure their implementation and have lamented the lack of political will of Mexican authorities to comply with their obligations. Mexican authorities from the three levels of government, especially the General Attorney Offices, have indeed repeatedly refused to comply with the Urgent Actions, arguing that they are only recommendations, thus impeding families’ right to truth and justice.

To put an end to Mexican authorities’ generalized practice and strategy of systematically ignoring the UN treaty bodies’ decisions, views, and requests on individual cases of gross human rights violations, including enforced disappearances, IDHEAS decided to bring the matter before the Supreme Court of Justice. Therefore, IDHEAS presented the Amparo 1077/2019 (legal defense request) against the Prosecutor’s Office of Veracruz for not recognizing the mandatory nature of the CED’s Urgent Actions requested in the case of the enforced disappearance of Víctor Álvarez Damián, a matter of transcending impact for victims of enforced disappearances. Víctor, alongside with six other young men, was forcibly disappeared by the police of Veracruz State in December 2013 during the security operation “Veracruz Seguro” in the city of Veracruz. IDHEAS has accompanied the families of these young men over the past five years and litigated this emblematic case of enforced disappearances, also showcasing Víctor’s mother’s story in the documentary short film “Open the Earth”. IDHEAS and its coalition of partners (including national and international civil society organizations, human rights and public institutions, and scholars) presented a series of Amicus Curiae on the importance of recognizing the binding nature of the CED’s Urgent Actions.

The Supreme Court of Justice of Mexico will decide, in January 2021, on the State’s obligations regarding the implementation of Urgent Actions. The Court’s decision could set an important precedent as it would be one of the few existing rulings from a national Supreme Court worldwide, and the first one in Mexico, that reaffirms the State’s duty to comply with international human rights treaties at the national level. It would also be the first time that a national Supreme Court examines the mandatory nature of the CED’s Urgent Actions, thereby setting an interesting precedent for other victims of disappearances in other countries for their search for truth, justice, and reparation.

We hope that this ruling, along with Mexico’s recent public recognition of its responsibility in the three cases presented before the HRC, will strengthen the respect for human rights in Mexico, send a strong message to Mexican authorities on the importance of eradicating enforced disappearances. It could finally ensure that Mexico complies in earnest with international decisions and recommendations regarding the protection of victims of enforced disappearance and other gross human rights violations. 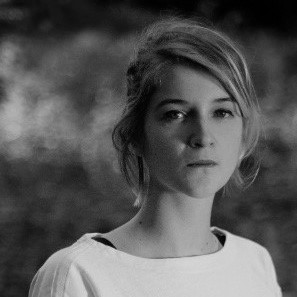 Suzanne Seiller holds a master’s degree in International Relations, Human Rights and Humanitarian Action from the Paris School of International Affairs SciencesPo. Currently, she works in the Institutional Development and Fundraising team of IDHEAS. Previously, she worked for different non-governmental organizations such as The ONE Campaign’s French Office and European Association for the Defence of Human Rights on issues related to the fight against extreme poverty and migration. 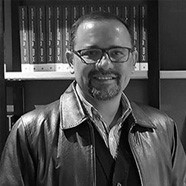 Juan Carlos Gutiérrez is the head of IDHEAS. Previously, he was the Head of the Unit for the Defense of Human Rights at the Mexican Interior Ministry (SEGOB) and the General Director of the Mexican Commission of Defense and Promotion of Human Rights A.C. (CMDPDH). He also worked as a Consultant for the Office of the High Commissioner for Human Rights (OHCHR) in Mexico and as Regional Director of Mesoamerica at the Centre for Justice and International Law (CEJIL).