Rethinking Friendly Settlements under the European Convention on Human Rights

The issue of friendly settlements has been remarkably absent from most discussions on inter-State cases under the European Convention on Human Rights (ECHR). It is true that friendly settlements in Inter-State cases have been rare, limited to France, Norway, Denmark, Sweden, Netherlands v. Turkey and Denmark v. Turkey. And it is also true that amicable solutions in big-scale human rights cases might appear counter-intuitive. The great achievement of the ECHR lies in the fact that it takes human rights issues out of the realm of diplomatic relations and allows for an authoritative judicial determination. Why then consider friendly settlements when there is the possibility of binding judgments, one might ask. But this would mean framing the issue in a misleading way. Exploring the potential for friendly settlements in Inter-State cases does not mean replacing binding judgments but rather exploring an additional option to resolve a human rights issue. An option that does not have to be used in every case, that leaves the door to a binding judgment open if the parties cannot or do not want to agree, and most importantly that is subject to a substantive control by the Court. Also, a binding judgement is not an aim in itself. By focusing on the judgment, we loose sight of the broader issue, of the aim we are striving for, namely the sustainable resolution of the human rights issue that constitutes the reason for the inter-State application – an aim that is reflected in the understanding of inter-State applications as an instrument to protect the European public order. In some cases, a friendly settlement may better achieve this aim than a judgment by the European Court of Human Rights (‘ECtHR’). Therefore, I believe that friendly settlements in inter-State cases should be seriously considered and encouraged.

Going beyond the practice of friendly settlements in individual applications

Our understanding of friendly settlements under the ECHR is shaped by the friendly settlements concluded with respect to individual applications. In the overwhelming majority of cases, these settlements are limited to providing monetary compensation to the victim. The only negotiations taking place thus concern the question whether the settlement is a satisfactory solution to both parties and what the amount of monetary compensation should be. This practice has proved to be an efficient case-management tool and can be adapted to accommodate the specificities of inter-State cases as has been suggested by Helen Keller and Réka Piskóty in this Symposium. But this practice also narrows our perspective: Friendly settlements can do much more than providing compensation. To grasp the full potential of amicable solutions in inter-State cases we need to look beyond the current practice of friendly settlements.

Friendly settlements as practiced in individual applications mirror the Convention’s remedial measures by providing for the payment of just satisfaction under Article 41 ECHR. But this is not a legal necessity: friendly settlements can go beyond the limited remedial catalogue the Convention provides for. They may include remedies for affected individuals other than monetary compensation. They may address underlying structural problems. And they may even include general measures to ensure that a Convention violation is not repeated in the future. The friendly-settlement practice of the Inter-American Commission as described by Jorge Contesse, which was developed against a different normative background (see Article 49 and 63 (1) of the American Convention on Human Rights), illustrates the broad range of options.

The flexibility of friendly settlements is the main reason why they may sometimes be better suited to putting an end to the human rights problems underlying an inter-State application than judgments. They allow finding tailored solutions that satisfy the interests of the parties and the individuals concerned. The possibility to agree on specific individual and general measures that remedy the consequences of the human rights violation also has the advantage of avoiding new disputes at the execution stage. Not only because States will more willingly implement measures they have agreed to. In case of an ECtHR judgment, the task of defining the measures required to implement the judgement falls to the Committee of Ministers. Here, often a new source of dispute emerges that may delay execution of the judgment or hinder it altogether. This can be avoided if parties agree on the required measures beforehand. The great flexibility of friendly settlements also allows to address other execution problems pre-emptively by agreeing on a procedure to be followed in case of a dispute on the execution of the agreement. Parties could stipulate for example that disputes between the parties over the execution of the friendly settlement will be resolved with the help of a facilitator named in the agreement.

Greater involvement of the Court

To be able to reach such holistic friendly settlements in inter-State cases, the friendly settlement procedure needs to be reconceptualised. In individual applications, the involvement of the Court in the settlement procedure is vey limited. It invites the parties to consider the possibility of a friendly settlement and in clear-cut cases makes a proposal for the amount of monetary compensation to be paid by the respondent State. Friendly settlements in inter-State cases, however, will rarely be concluded if the parties are left to negotiate on their own. As Aletta Mondré has pointed out in the conference, recourse by a State to an international court against another State is not a “routine event of international relations”. In most cases, unsuccessful negotiations will have preceded the application to the ECtHR by one of the parties. In that situation, it is unlikely that once the application has been filed, the parties will initiate a new round of negotiations on their own initiative. It is even more unlikely that such a new round is successful if the parties are left to their own doing. Rather, the parties, the applicant State at least, has come to the conclusion that the dispute cannot be resolved without the intervention of a third neutral party – the ECtHR. The trust that is expressed by the reliance on the Court as a third party is the currency the Court can use to bring the parties to the negotiation table and actively facilitate the resolution of the dispute.

In their contribution, Helen Keller and Réka Piskóty convincingly argue that the Court has neither the resources nor the expertise to actively facilitate an agreement between the parties. This problem is not unresolvable, however. It is not uncommon for courts and quasi-judicial bodies to outsource alternative dispute resolution to other bodies as examples from national and international law demonstrate: in the Inter-American system it is not the Court but the Commission that facilitates friendly settlements. As David Keane has laid out in his contribution, the conciliation procedure foreseen in Articles 11-13 ICERD provides for the appointment of an ad hoc Conciliation Commission composed of five persons who may or may not be members of the Committee. There is no need for the Court to be in full control of the process leading to the friendly settlement because the Court has control over the outcome insofar as it can refuse to strike out the application if respect for human rights so requires (Article 39 and 37 (1) ECHR). A certain involvement of the Court in the process – be it through a judge or a high-ranking member of the Registry – however, may be advisable to build on the trust of the parties in the Court to legitimise the process. It would be conceivable for example to set up a friendly settlement Commission composed of a Registrar and two other persons, each one appointed by one of the parties from a list administered by the Court.

But this is not the only way in which the procedure would have to be reconceptualised. Further reflection is needed in other respects as well: what method of dispute resolution should be used? Should the envisaged Friendly Settlement Commission act as mediator that assists the parties in finding a solution or should it more actively influence the outcome and make a proposal for a friendly settlement? How should the friendly settlement procedure be integrated into the Court’s case-processing workflow? How to ensure that the interests of the affected individuals find their way into the friendly settlement procedure? And, closely related, what consequences should a friendly settlement in an inter-State case have on pending individual applications based on the same set of facts?

To answer these questions, an encompassing and interdisciplinary approach is required: Jorge Contesse, David Keane and Thilo Marauhn show that it is worthwhile to look at other international dispute resolution mechanisms for inspiration. Political science may help better understand the interests of States involved in inter-State applications. Research on alternative dispute resolution finally could provide important insights.

Reconceptualising friendly settlements in inter-State cases is a long-term task. It does not provide miracle solutions. Parties may refuse an amicable solution from the outset, negotiations may take years; they may fail entirely in the end. Not all inter-State cases are suitable for friendly settlements in the first place. But the chance that in some cases, a holistic friendly settlement can be achieved that resolves the human rights issues and paves the way for the sustainable restoration of the European public order makes it worthwhile to devote further reflection to the issue. The proposals put forward by Helen Keller and Réka Piskóty can be a first step in that direction. 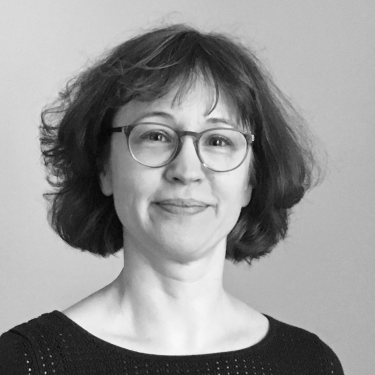 Nicola Wenzel is Head of the Human Rights Office at the German Federal Ministry of Justice and Consumer Protection. In that capacity, she is Government Agent before the European Court of Human Rights.