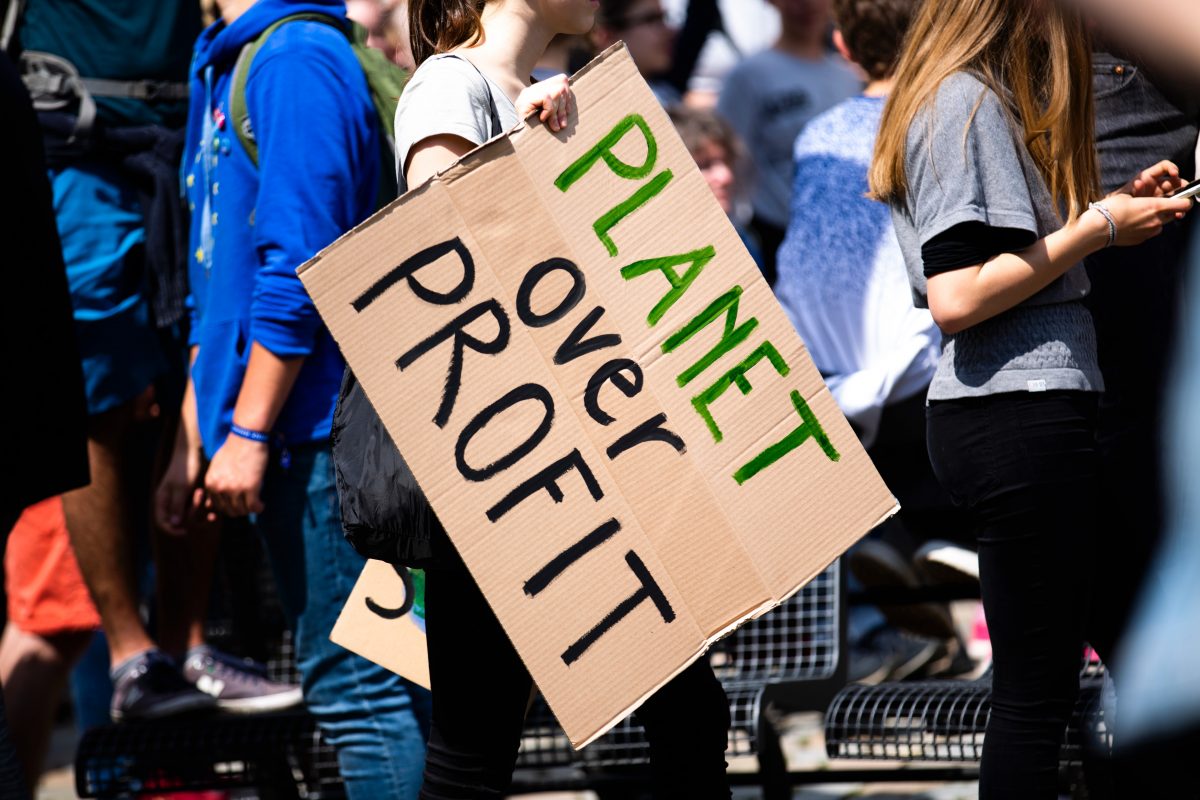 Photo by Markus Spiske on Unsplash.

The Dutch climate case against Shell

The ‘Shell Climate Case’, on which the District Court of the Hague ruled on 26 May 2021, may well herald a new era for climate change litigation. The Dutch court broke new ground in finding that Royal Dutch Shell (“RDS”) holds a legal obligation to play its part in combating climate change. It ordered the fossil fuel giant to reduce the CO2 emissions resulting from its global operations by net 45% by 2030 compared to 2019 levels, thereby establishing a reduction obligation similar to the one imposed upon the Dutch state in the Urgenda case. The climate campaigners behind the case rightly welcomed the verdict as a ‘historic victory’.

With this blog post, we contribute to the growing number of commentaries (see among many here, here, and here) by highlighting how this landmark decision reveals a perhaps surprising aptitude of the language and logic of (Dutch) tort law for addressing complex global issues in court.

The Shell Climate Case was brought by Dutch environmental NGO Milieudefensie along with six other NGOs and over 17,000 individual co-plaintiffs. They were represented by Roger Cox, the attorney who also represented Urgenda. They sought to hold RDS, as a Dutch-based major player on the global fossil fuel market whose CO2 emissions exceed those of many states, liable under Dutch civil law for its contribution to climate change. In order to do so, they needed to translate an issue as complex and global as the fossil fuel industry’s contribution to climate change into the language of domestic tort law.

The Dutch general provision on tort or delict (art. 6:162 Dutch Civil Code) provides, in a particularly open manner, that a tortious or unlawful act includes, among other things, ‘an act or omission in violation of what is societally accepted according to unwritten law’. On the basis of this ‘unwritten standard of care’, Milieudefensie et al. argued that RDS has an obligation to contribute to mitigating climate change by reducing its own CO2 emissions in line with the internationally agreed Paris targets.

For the interpretation of the unwritten standard of care, the Court may rely on a wide range of sources which it considers to reflect a form of societal consensus. In this case, these included international human rights law, soft law standards, and climate science, which led the Court to find that RDS indeed has an obligation to reduce its CO2 emissions. It argued that RDS has an ‘individual responsibility’ to reduce the emissions over which it has control and influence (§4.4.13, §4.4.52), which translates into an ‘obligation of result’ with regard to the Shell group’s activities, and a ‘significant best-efforts obligation’ with regard to the Shell group’s business relations, including end users (§4.1.4). Business relations and end users also have an individual responsibility to reduce their emissions, but this does not remove or reduce RDS’s responsibility (§4.4.24).

Fascinatingly, the Court awarded significant prominence to international human rights law in interpreting the domestic tort provision, even though it highlighted that human rights do not apply directly to corporations. Human rights play a key role in establishing ‘widespread international consensus’ in two respects. First, the Court argued that human rights should be ‘factored in’ when interpreting Shell’s unwritten duty of care towards Milieudefensie et al., ‘due to the fundamental interest of human rights and the value for society as a whole they embody’ (§4.4.9). Following from this, it found consensus that the right to life and the right to respect for private and family life enshrined in the ECHR and ICCPR ‘offer protection against the consequences of dangerous climate change due to CO2-emissions-induced global warming’ (§4.4.10). Second, the Court drew on the non-binding UN Guiding Principles on Business and Human Rights and OECD Guidelines for Multinational Enterprises to establish that ‘it is universally endorsed that companies must respect human rights’ (§4.4.14). The Court’s extensive use of human rights to inform its interpretation of the domestic tort provision demonstrates how tort law may be capable of concretizing the human rights responsibilities of corporate actors in a way that the state-centric human rights regime has been unable.

Addressing Shell’s contribution to climate change in tort law was facilitated by the company’s structure. Like most oil and gas “supermajors”, Shell is a vertically integrated enterprise. This means that its supply chain – from exploration to distribution and trading – is integrated and owned by RDS itself, which as the top holding company is the direct or indirect shareholder in the more than 1,100 operating and service companies which make up the Shell group. As RDS sets the corporate policy for the entire Shell group, the Court found that this ‘policy-setting influence’ gave it ‘far-reaching control and influence’ over the group’s activities and, therefore, its emissions (§4.4.18, §4.4.23). Even beyond formal corporate ties, RDS also has policy-setting influence on a vast range of suppliers and other entities falling within its supply chain. In this way, Shell’s business model facilitated the Court’s reasoning to extend the reduction obligation across its entire corporate group and supply chain.

Shell’s structure was furthermore relevant for determining the applicability of Dutch law. Article 7 Rome II allows the plaintiff to base a tort claim concerning environmental damage on ‘the law of the country in which the event giving rise to the damage occurred’. While Shell argued that this ‘event’ were its CO2 emissions, which occur in a large number of countries, Milieudefensie sought to connect the ‘event’ specifically to the Netherlands, so it could rely on the Dutch tort provision. It argued, and the Court agreed, that RDS’s act of adopting the Shell group’s corporate policy in itself constituted one of multiple causes of the damage. As RDS is headquartered in the Netherlands, this makes Dutch law applicable (§4.3.6). The reason why this reasoning held was precisely Shell’s integrated, highly hierarchical business model.

Relatedly, the Court only admitted the class action brought by Milieudefensie and other NGOs representing the interests of current and future generations of Dutch and Wadden region residents, deemed ‘suitable for bundling’ (under art. 3:305a Dutch Civil Code), while rejecting for equal and opposite reasons the claims on behalf of the world’s population (§§4.2.2-4). Despite the multi-jurisdictional reach of the obligation eventually set upon RDS, this allowed the Court to 1) individualize the claim, and 2) avoid presenting its decision as a form of exterritorial adjudicative jurisdiction. In other words, by limiting the claim to ‘territorially-defined climate interests’, the Court not only overcame one of the weaknesses of private law-based climate change litigation – the difficulty to individualize the events giving rise to the damage and, relatedly, the plaintiffs’ interests – but potentially turned it into a strength. Indeed, the ubiquity of the ‘events giving rise’ to climate-related damages could allow for the emergence of ‘territorially-defined climate interests’ everywhere. Based on the Court’s reasoning, an NGO representing the climate interests of – say – Tuvalu residents could also have started proceedings against RDS before a Dutch court under Dutch law. The same would be much more complicated for relatively localized events, such as an oil spill or labour rights violations, which are typical of transnational business and human rights litigation, and for which jurisdictional issues such as extraterritoriality and forum non conveniens, as well as substantive issues such as piercing the corporate veil form common hurdles. In this sense, the decision highlights potential advantages of corporate climate litigation, compared to other forms of transnational corporate (human rights) litigation.

The logic underlying the interpretation of Dutch tort law also proved to be surprisingly apt at highlighting the urgency of fighting climate change. For the interpretation of the unwritten standard of care, the court balanced 1) the mitigation of risk of harm with 2) the burden precautionary measures impose, e.g. financially (based on the doctrine of hazardous negligence, see also the first instance judgment in Urgenda). The higher the likelihood and gravity of the risk, the higher the precautionary measures that may be expected to avoid the harm, and the less important the cost of taking those measures becomes.

This means that, in the face of the grave environmental and human rights risks posed by climate change, commercial considerations fade into the background. For the Court, ‘the compelling common interest that is served by complying with the reduction obligation outweighs the negative consequences RDS might face due to the reduction obligation and also the commercial interests of the Shell group, which are served by an uncurtailed preservation or even increase of CO2-generating activities. Due to the serious threats and risks to the human rights of Dutch residents … private companies … may also be required to take drastic measures and make financial sacrifices to limit CO2 emissions to prevent dangerous climate change’ (§4.4.54). As such, whereas the reframing of transnational human rights issues in the limited vocabulary of tort law can be unsatisfactory – think of ‘torture as tort’ – in the case of climate change, the language and logic of tort in fact turned out to offer a particular lucidity.

While we recognize that the ruling raises numerous thorny questions, and that it remains to be seen what will happen on appeal, we think there are various ways in which this ruling could form part of the foundation for a ‘global climate standard of care’ which establishes a responsibility for both public actors, such as in Urgenda, and private actors, such as in this case, to play their part in mitigating climate change.

A first possibility would consist in a de facto territorial extension of the standard of care through its application by Shell and other companies – especially those based in the EU – throughout their corporate groups and supply chains. Under this scenario, EU-based multinational enterprises would work as indirect vectors of a ‘global climate law’. This would be an example of what Anu Bradford has popularised as the Brussels effect: the EU’s power to shape the global business environment thanks to the sheer weight of its market, especially through standards in areas such as competition regulation, consumer health and safety, or environmental protection.

A second form would consist in the application in other domestic legal systems of the same reasoning developed by the Dutch court. While the Dutch provision is peculiar for its openness, the general ‘do no harm’ principle typical of civil law systems may form a basis to extend this reasoning beyond the Netherlands. Even in common law systems, which normally require a specific cause of action to bring a tort claim, this construction does not seem completely out of reach (see e.g. Nevsun v Araya on the creation of new nominate torts and Justice Sotomayor’s dissenting opinion in Jesner v Arab Bank).

Thirdly, and more hypothetically, a ‘climate standard of care’ in line with the Shell Climate Case may over time turn into a general norm (as a customary rule or general principle in the sense of Article 38(1)(c) ICJ Statute). More realistically, the ‘climate standard of care’ established by the Dutch court adds to the growing use of due diligence to establish additional obligations in the field of international environmental law – this time also upon private actors.

The indicated order of authors is alphabetic. 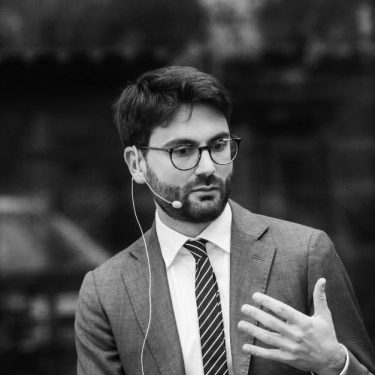 Angelo Jr Golia is a Senior Research Fellow at the Max Planck Institute for Comparative Public Law and International Law (Heidelberg), where he works on topics related to the relationship between corporations and constitutionalism, legal pluralism, international  institutional law, and digital constitutionalism. 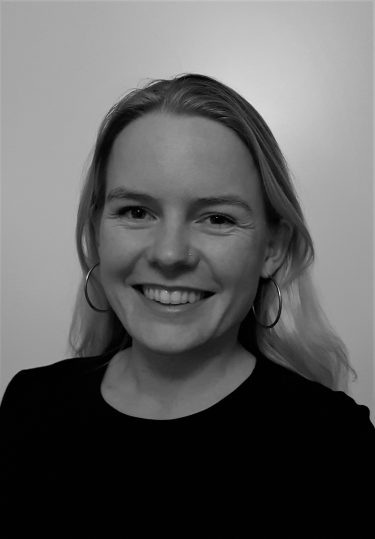 Anneloes Hoff
Anneloes Hoff is a Senior Research Fellow at the Max Planck Institute for Comparative Public Law and International Law, where she works on a project on human rights due diligence. She has extensive experience researching business and human rights in practice in the mining sector, with a focus on Colombia.
Profil anzeigen
Artikel teilen
facebook twitter
Artikel drucken
Drucken