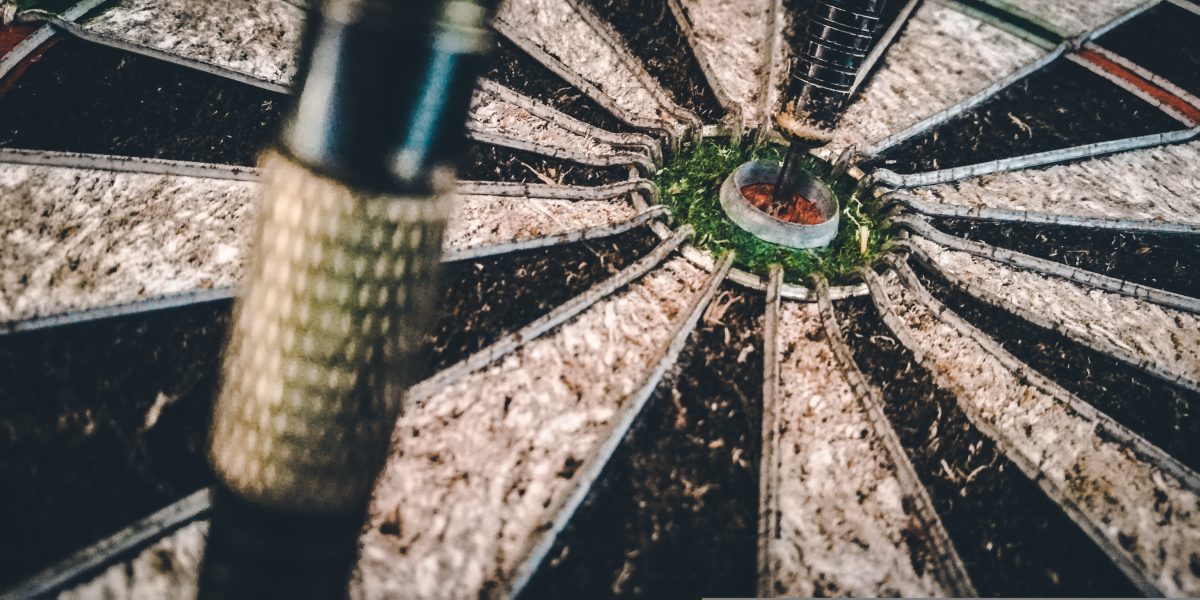 Photo by neiltakingstills on pixabay.

There are two things every development agency does when launching a new program:

First, formulating a robust theory of change, and second, devising an exit strategy. These steps serve to manage limited time and (taxpayer-provided) resources, ensuring efficiency and, most importantly, avoiding indefinitely substituting activities that are the core responsibility of the development partner State. While the International Criminal Court (‘ICC’) is not a development agency, it shares several of the same challenges. It is the more striking that the Court has operated for so long without seriously thinking about ‘if’ and ‘how’ to close its theatres of investigation (situations).

When talking about ‘completion’ in the context of international courts, this usually refers to the wrapping up and termination of activities. For ad-hoc or hybrid tribunals, like the International Criminal Tribunal for the former Yugoslavia (‘ICTY’) or the Special Court for Sierra Leone (‘SCSL’), this notion has been quite straightforward. Completion for those bodies meant ceasing to exist (notwithstanding residual mechanisms that may continue certain functions). The ICC, however, is a permanent court, and all-out closure is not applicable. While the Rome Statute is silent on the matter, it still may offer some guidance, as do other courts’ experiences.

On 21 November 2012, the ICC Assembly of States Parties (‘ASP’) adopted Resolution ICC-ASP/11/Res.6. Therein, ASP members requested further reflection on the question of “exit strategies”. In the following year, the Court set out three core areas – (1) completion issues, (2) residual functions, and (3) legacy issues, a definition adapted from Kevin Jon Heller. While the matter was superseded by other discussions, it drew renewed attention in 2019 and found entry into the Office of the Prosecutor’s (‘OTP’) and the Court’s strategic plans. In 2020, Fatou Bensouda, former chief prosecutor of the ICC, invited experts to discuss completion in the ICC Forum.

Completion strategies can take on many different forms. While there are more fine-grained aspects of ICC activities to be the subject of a completion strategy, this work will focus on the closure of entire situations.

Most commentators favour some sort of completion strategy. Their reasonings follow principles like complementarity or legacy, pragmatic considerations such as limited resources, objective and perceived inefficiency, and reputational issues. However, there are also voices arguing that situations should be kept open for as long as possible or even without end.

To begin with, it is argued that the Court staying in a situation “on a de facto permanent basis” would undermine the principle of complementarity. The ICC is a ‘court of last resort’ which acts where domestic justice systems are ‘unable or unwilling’ to perform their functions regarding international crimes. Connected thereto is the principle of “positive complementarity”, which describes measures by the OTP (through preliminary investigations) to remind states that it is primarily their responsibility to bring perpetrators to justice. Positive complementarity is based on the premise that the OTP becoming active will compel states to prosecute cases themselves in order to avoid the ‘black cloud’ of a full-scale ICC investigation. In turn, staying in situations for potentially indefinite periods of time would erode this impetus for domestic systems to regain the willingness and capabilities of pursuing cases on their own.

As abovementioned, others have argued against leaving situations or have articulated very narrow parameters for doing so. For example, Kevin John Heller states that “there are compelling reasons for the OTP to keep its investigations open indefinitely”. He argues that an (always) open situation maintains a stronger deterring effect, as it keeps an increased likelihood for perpetrators of being apprehended. Relatedly, particularly in the context of prosecution of government officials, with the perspective of eventual closure, a state could be more compelled to refuse to cooperate and to “wait out” a situation.

Next to such principled lines of reasoning, there are practical arguments for exit strategies. For one, endless engagements put burdens on witnesses and victims as they are kept in a state of limbo, not knowing whether they might be involved in future cases. Moreover, keeping situations open adds to the ICC’s financial strains. As Phil Clark noted, „[t]he court operates on a shoestring budget”. This budget has not increased in proportion to the number of new situations, a state of affairs that is unlikely to change. This overstretch affects the quality of activities in existing situations and may keep the Court from entering new ones.

On the other hand, it has been suggested that instead of closing the situation once meaningful investigations or trial programs are concluded, the Court could “hibernate” activities and maintain a “skeletal” presence in the field or at headquarters. This would maximize the procedural capabilities, save resources, and avoid unclear predicaments when having to reopen a formally closed situation.  Following a similar line of reasoning, the issue of ever-growing numbers of open investigations could be handled through robust investigation prioritization, selecting a handful of most urgent or most promising situations. The remaining ones would be kept open but inactive until further developments.

Finally, there is a general perception of inefficiency when it comes to international criminal tribunals, which are often seen as slow, heavy on resources but light on results. These criticisms (justified or not) pose significant problems, as the ICC relies on member-states for funding and cooperation. The lack of completion strategies is likely to further that perception. Moreover, devising a completion strategy when entering a situation might very likely increase the Court’s objective efficiency. The sense of an endpoint may increase incentives to accelerate and structure operations and to conduct them along with clear and purposefully designed milestones.

Defining Completion for the ICC

Based on the above considerations, the question arises of how completion could be defined for the ICC. For one, “completion should be defined with respect to whether the Court has achieved its mandate […]. This will primarily relate to whether the Court has delivered impartial, independent, and meaningful justice”. This rather extensive outset, together with the Court’s colossal mandate to ‘end impunity’, makes it clear that considerable refinement is needed to get to a working definition. Otherwise, the ICC could be faced with the quixotic quest of having to try all crimes in a situation that rose to an Article 17(1)(d) level of gravity.

A realistic approach might be based on the OTP’s 2016 Policy paper on case selection and prioritization. Therein, the Prosecution strives to charge those “most responsible” for “a representative sample of [crimes that reflect] the main types of victimization and of the communities which have been affected by the crimes in that situation.” While the Court may not have to ‘end impunity’, it could be required to ensure that – for a situation to be completed – those most responsible for the main types of victimization were prosecuted.

Others have advanced more circumstance-sensitive approaches. For example, considering ongoing violence (higher need for deterrence) or whether government officials are being investigated (higher chance of the state waiting out).

Further, residual functions would have to play a prominent role in every completion strategy. Lessons can be drawn from, among others, the SCSL. For example, the Residual Special Court for Sierra Leone (‘RSCSL’), together with a special unit of the Sierra Leonian police, remains responsible for oversight of witness protection. Other residual elements could include conserving and publishing archival material and providing access to the public.

Finally, completion strategies should adapt legacy-based elements. Legacy, with regard to international criminal tribunals, has been defined as the “lasting impact on bolstering the rule of law in a particular society, by conducting effective trials to contribute to ending impunity, while also strengthening domestic judicial capacity”. Accordingly, the question of completion should also be based on whether the domestic jurisdiction is capable of taking over the Court’s remaining responsibilities in the situation. A similar approach was taken by the ICTY, which, as part of its completion strategy, sought to transfer cases to domestic judiciaries it deemed ‘able and ready’.

The arguments to devise completion strategies are more than compelling. Such strategies would heighten perceived and real efficiency and help to manage limited resources. While the ICC is indeed not a development agency, it has a role to play in the worldwide advancement of justice systems. Legacy-based completion strategies could help spur the development of domestic judiciaries, promote capacity-building activities and further the thrust of positive complementarity. Moreover, completion strategies would embrace the spirit and vision of the Rome Statute, which never intended the Court to establish permanent presences around the world, but to step in as an instance of last resort.

Strategies should not be based on dates, monetary or political pressure. Experience has shown that undue deadlines for closure can cause significant adversarial effects at national levels.

A solid completion strategy should consist of pre-defined benchmarks which are concrete enough to be workable but also vague enough to leave the OTP with a wide margin of appreciation on how to conduct its prosecutorial strategy on a case-by-case basis (including the decision on if and how to exit). Indicators could include the urgency or gravity of other situations requiring resources, the prospect of arresting suspects or fugitives or finding further witnesses or evidence, or the assessed readiness of national authorities to take on prosecutions themselves. Implementation on the side of the OTP could generally mirror strategy and process around case selection.

Finally, implementing a system of ‘active’ and ‘inactive’ (i.e., suspended/hibernated) situations based on a prioritization scheme would serve to incorporate the best of two worlds. It would allow the ICC to focus and properly strategize efforts and resources, and to address the issue of an ever-growing number of over-prioritized situations with too few cases. With permanent exits tied to strict conditions (such as the ability and willingness of domestic systems to take on any remaining and newly arising cases), clear steps concerning legacy would support the incentive for governments to work on these criteria from their end. At the same time, generally dormant situations would serve as a lasting admonishment to perpetrators and states that the quest of ending impunity does not lapse. 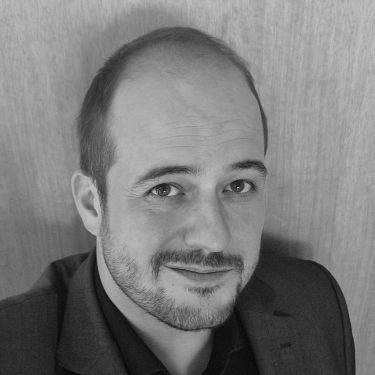 Yannic Körtgen is a scientific advisor for international humanitarian law and international criminal law to the executive director of the International Bar Association (IBA).