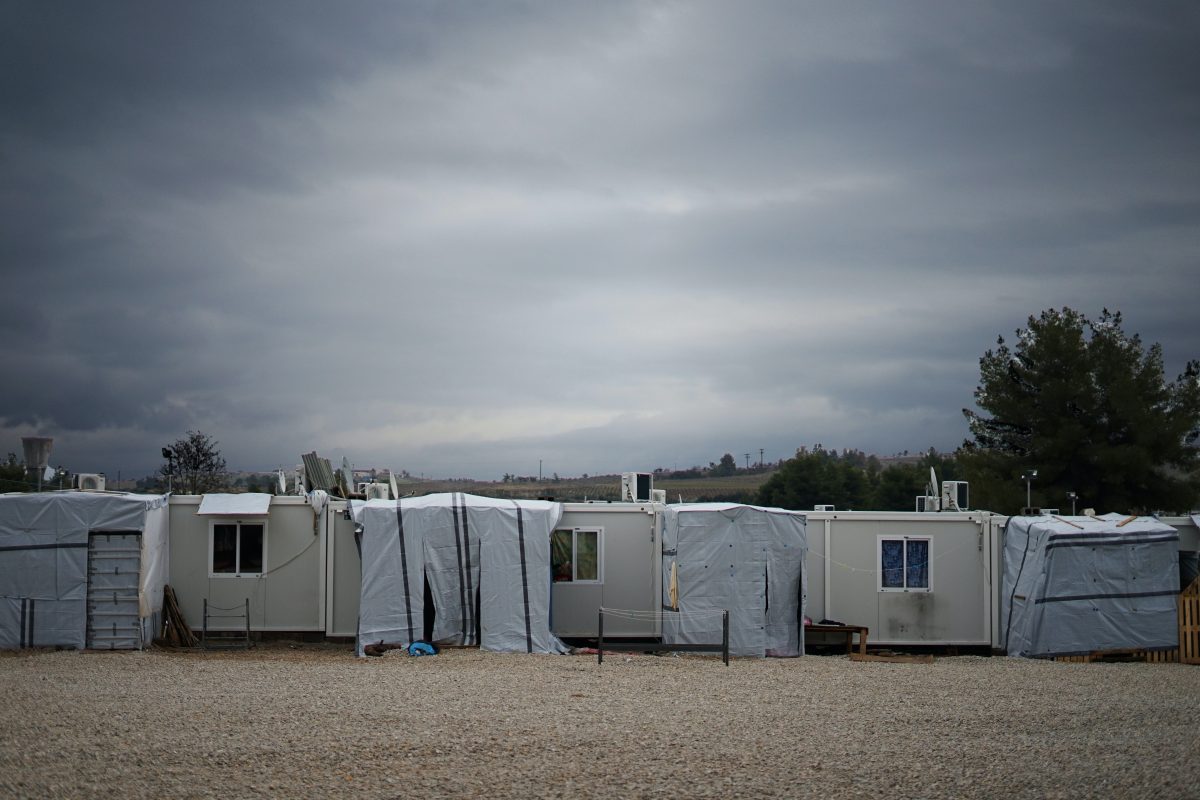 Photo by Julie Ricard on Unsplash.

On the Committee on the Rights of the Child’s decision in A.M. v. Switzerland

Much has been discussed about the potential of non-refoulement for preventing removal of persons to a country where they would face violations of their economic, social, and cultural rights (‘ESCR’). Until recently, ESCR had received only indirect protection in non-refoulement cases, where extreme scenarios of socioeconomic harm were equated to inhuman and degrading treatment. However, in its recent decision in A.M. v. Switzerland, the Committee on the Rights of the Child (‘CRC Committee’) pushed the principle’s boundaries further by recognising that Switzerland’s proposed removal of an asylum seeking child and his mother to Bulgaria would imply a direct violation of ESCR provisions within the Convention on the Rights of the Child (‘CRC’).

This is the first case, international or domestic, in which non-refoulement, as implicitly provided in human rights treaties, has been applied directly in connection to ESCR. However, CRC Committee’s reasoning was still much based on the idea of ill-treatment and offers little clarification as to the circumstances in which violations of ESCR can trigger a non-refoulement obligation, especially in situations not involving asylum seekers or minors. This post seeks to discuss some of the potential and limitations of this decision.

The Case of A.M. v. Switzerland

The complaints before the CRC Committee concerned M.K.A.H., a minor who had fled Syria with his mother, A.M. The family was intercepted by immigration authorities in Bulgaria. Even though the family was eventually granted subsidiary protection, they were placed in an overpopulated camp with limited access to quality food and health care and no schooling for M.K.A.H. They remained in the camp for eight months before managing to enter Switzerland, where they applied for refugee status. However, the application was rejected due to the subsidiary protection they had been granted in Bulgaria, to where the Swiss authorities considered the family should be returned.

The author claimed that Switzerland’s decision ran contrary, among others, to its obligation to hold the best interests of the child as a primary consideration under CRC Article 3(1), as the State had not adequately considered the risks to which the minor would be exposed in Bulgaria. According to the author, removal to Bulgaria would expose M.K.A.H. to a risk of ill-treatment that breached not only CRC Article 37, which prohibits such treatment, but also Articles 27 (right to an adequate standard of living), 28 (right to education), and 39 (right to physical and psychological recovery and social integration) (paras. 3.1-3.5).

Recalling its understanding that the principle of non-refoulement applies to circumstances where removal would expose a child to risk of irreparable harm (para. 10.4), the CRC Committee found that Switzerland had not carried out an individualised assessment of the reception conditions awaiting the family in Bulgaria, including their access to education, employment, shelter, medical care, and other services necessary for the child’s recovery and social reintegration (paras. 10.6-10.8). Accordingly, Switzerland had not taken enough precautions to ensure that M.K.A.H. would not be subjected to inhuman or degrading treatment in Bulgaria, which constituted a breach of CRC Article 3(1) and a potential violation of CRC Article 37 as well as CRC Articles 27, 28, and 39 on their own right (paras. 10.9, 11).

The Uncertain Material Scope of Non-Refoulement

Until A.M. v. Switzerland, the European Court of Human Rights was the only international human rights body that had consistently applied the principle of non-refoulement to human rights provisions aside from the prohibition of ill-treatment, whenever it found that removal would expose a person to a risk of flagrant violation of these other provisions (see, eg. Al-Nashiri v. Romania, where removal led to a flagrant violation of the right to fair trial and other provisions). Although the Inter-American Court of Human Rights also seemed to deduce a non-refoulement obligation from the rights of the family and of the child in one case, it did not expressly allude to that principle or to a particular risk of harm, which casts doubts on the Court’s intention in that case.

The Human Rights Committee, the CRC Committee, the Committee on the Elimination of All Forms of Discrimination against Women, and the Committee on the Rights of Persons with Disabilities had all stated that a non-refoulement obligation emerges when a person is exposed to a risk of irreparable harm to their human rights, such as, but not limited to, harm arising from breaches of the rights to life and personal integrity. Nevertheless, none of these Committees had deduced a non-refoulement obligation from provisions safeguarding other rights. This led to the question of whether protection against refoulement could indeed be triggered whenever the required threshold of harm to any relevant right was attained. The fact that the theoretical foundations behind how human rights bodies have deduced non-refoulement from their respective instruments are murky at best made discussions more complicated.

The debate remained, however, centred on civil and political rights (‘CPR’). Despite the fact that many human rights bodies and States themselves have jurisdiction to decide on breaches of ESCR, socioeconomic elements involving the rights to health, housing, and an adequate standard of living had been taken into consideration in non-refoulement cases only when they amounted to inhuman and degrading treatment, and never as independent rights giving per se rise to non-refoulement obligations (here and here). In fact, domestic authorities in Australia and New Zealand expressly rejected such a possibility. Focusing on the conversion of ESCR into a CPR  led human rights bodies to establish high thresholds of harm for non-refoulement to be triggered, often requiring the individuals concerned to be in a situation of heightened vulnerability. This reasoning may disregard cases, in which people run the risk of being denied core elements of ESCR in ways that could well be deemed irreparable harm, but are not so much worse off than other people in a larger group, for instance, asylum seekers in general.

A Solid Recognition of Socioeconomic-Based Non-Refoulement?

The novelty in the A.M. v. Switzerland decision rests on the fact that breaches of three of the CRC’s provisions on ESCR were not subsumed under Article 37, but instead held to constitute autonomous violations. In other words, had Article 37 not been invoked, the CRC Committee could have reached the same conclusion by referring exclusively to Articles 27, 28, and 39.

This autonomy is compatible with the view that the principle of non-refoulement is nothing more than one formulation of States’ positive obligations to prevent risks of serious human rights violations by third parties. Accordingly, any human right, regardless of its categorisation, could in principle trigger a non-refoulement obligation if the threshold of irreparable harm is reached. As argued elsewhere, even though some ESCR obligations are subjected to progressive realisation and available resources, human rights bodies can effectively assess whether this threshold was met by reference to States’ immediate obligations on ESCR, such as the observance of their minimum core and non-discrimination.

However, although the CRC Committee vaguely alluded to the threshold of irreparable harm in the beginning of its reasoning, the Committee did not link this threshold to its conclusions and, consequently, did not explain how the threshold had been met. Instead, the Committee invoked the best interests of the child to reinforce the need to consider socioeconomic elements in the removal decision and classified the situation in Bulgaria as potential ill-treatment. Hence, even though the Committee upheld autonomous violations of ESCR, its reasoning largely followed the current prevailing approach of equating these violations to ill-treatment.

The lack of clarification of how the circumstances of the case rose to such a level of harm hinders the replication of the Committee’s findings to other scenarios cases and by other human rights bodies, especially in relation to the rights to education and social integration, whose denial is not usually interpreted as giving rise to ill-treatment. This obscurity could also lead to the argument that the Committee actually reinforced the idea that violations of ESCR rights can only trigger the application of non-refoulement when they also violate the prohibition of ill-treatment. Indeed, the Committee’s reasoning concerning why a non-refoulement obligation arose from Articles 27, 28, and 39 of the CRC was not clear in the decision.

The fact that the case concerned a person who was both a minor and an asylum seeker, categories understood as increasing one’s vulnerability, may also be seen as justifying the exceptionality of the decision. In particular, one could argue that the special protection offered under the best interests of the child principle justifies giving greater weight to socioeconomic considerations in removal cases in a way that would not apply to adult claimants.

The CRC Committee could also have adopted a more express justification for rejecting Switzerland’s argument that the risk of harm was not personal, as several people in Bulgaria had been facing socioeconomic difficulties in recent years (paras. 5.14-5.15). This argument is often advanced in cases involving socioeconomic deprivation as a way to claim that the State was unable, rather than unwilling to promote ESCR, overshadowing ESCR’s obligations of immediate effect.

Despite these obstacles, the decision takes an important step in recognising that ESCR can serve as an autonomous basis for non-refoulement obligations. It is hoped that other human rights bodies and States will seize the opportunity to further develop the topic. 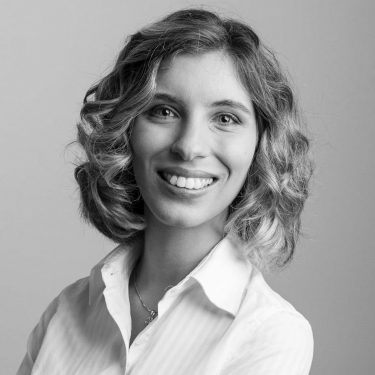 Mariana Ferolla Vallandro do Valle is a PhD candidate at the Graduate Institute of International and Development Studies and a Teaching Assistant at the Geneva Centre of Humanitarian Studies. Her research interests include human rights in the context of migration, international refugee law, and economic social and cultural rights.