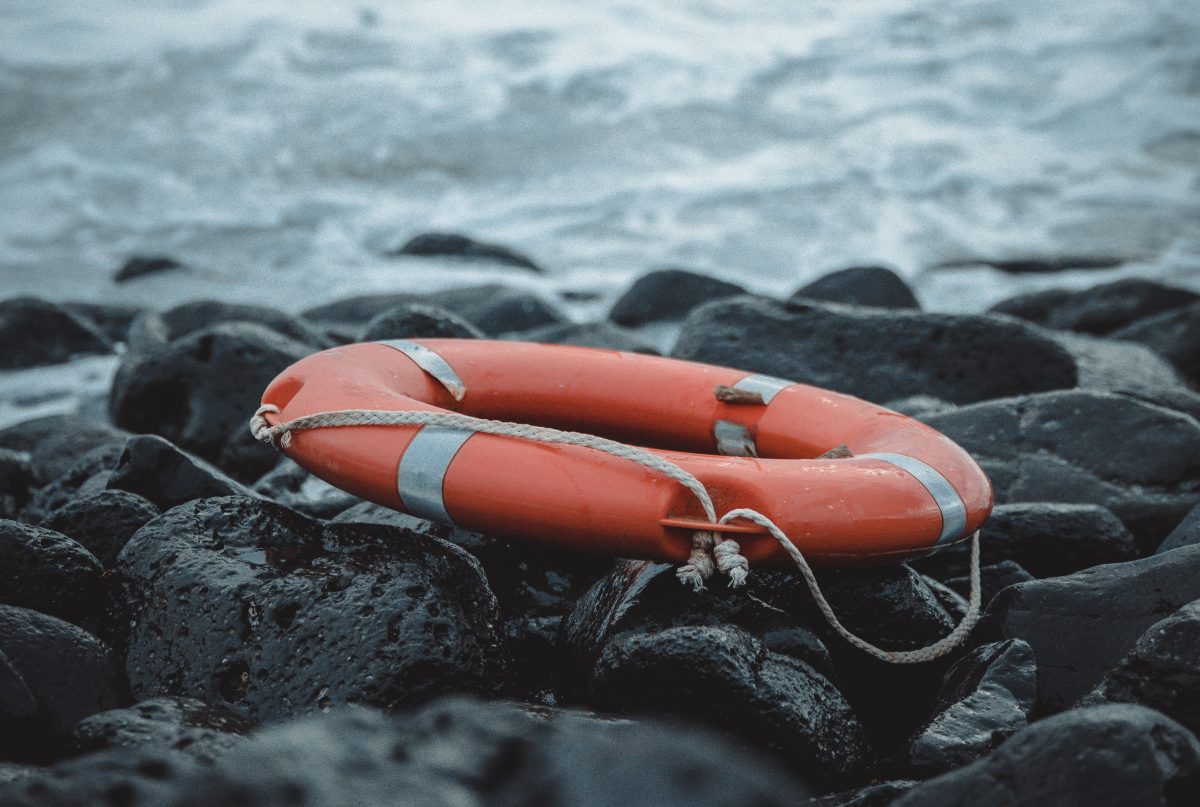 Photo by Janosch Diggelmann on Unsplash.

In Rescue of Rescuers Amidst Naval Warfare

IMO’s Potential to a Law-Making Process

The Russo-Ukrainian conflict has led the international community into a united voice of conscience vis-à-vis the protection of the most vulnerable amidst the course of hostilities. Representing the naval dimension of this community, the International Maritime Organization (IMO) has recently raised its own voice through an extraordinary session held by its Council on March 11-12, where it ‘deplored the attacks of the Russian Federation aimed at commercial vessels, their seizures, including Search-and-Rescue vessels, threatening the safety and welfare of seafarers and the marine environment’ and called for the creation of a blue safe maritime corridor ‘to allow the safe evacuation of seafarers and ships from the high-risk and affected areas in the Black Sea and the Sea of Azov to a safe place in order to protect the life of seafarers.’ While these decisions are seemingly followed by the concerned parties, a direct call by the Council to the coastal States to fulfil their search and rescue (SAR) duties and protect SAR operations assumed by masters of vessels in the area was omitted. This is problematic insofar as the International Conventions on the Safety of Life at Sea of 1974 (SOLAS Convention) and Maritime Search and Rescue (M-SAR Convention) of 1979, as well as Article 98 of the United Nations Convention on the Law of the Sea (UNCLOS), which oblige masters of vessels to proceed to the rescue of persons of any status found in distress at sea, are considered applicable in times of armed conflict.

In examining the legal protection of SAR operations assumed by masters of vessels and rescue organizations, this article demonstrates the reasons that make a respective decision of crucial value for the safety of life in this naval area. Inter alia, such a decision would incite precedent for the international community vis-à-vis the status of SAR operations in times of armed conflict, leading to the evolution of international humanitarian law (IHL) through the effect of the maritime conventions applicable on SAR operations.

The Protection of Vessels Conducting SAR Operations in Times of Conflict

Under the SOLAS Convention, any master of a vessel at sea receiving ‘a signal from any source that persons are in distress at sea, is bound to proceed with all speed to their assistance’ (Regulation V/33.1). This duty concerns especially merchant vessels sailing in the proximity of distressed persons, since the Convention only encourages warships and other vessels used for governmental purposes towards that effect (Regulation V/1.1.1). Respective obligations towards such vessels are, nonetheless, promoted under Article 98(1) of the UNCLOS, which contains no such exceptions.

Similarly, Article 18 of the Second Geneva Convention of 1949 (GCII) directs the duty to search for and collect wounded, sick and shipwrecked persons to the parties to the conflict in general, which are bound to take all possible measures to this end after each engagement. Therefore, all vessels at the disposal of the belligerents, including warships and masters of enemy merchant vessels are bound to assume SAR operations under IHL. This obligation, however, is characterized by the limited personal scope of the Convention’s application: it covers persons falling within the premises of the Convention’s Article 13, only alluding to civilians in the sense of a levée en masse [Article 13(6)], persons accompanying armed forces without being members thereof [Article 13(4)], and members of crews of the merchant marine and civil aircraft of the parties to the conflict [Article 13(5)]. Surely, Article 8(a) and (b) of the First Additional Protocol to the Geneva Conventions (API), to which both the Russian Federation and Ukraine are parties, extends this scope of application to civilians who are wounded, sick and shipwrecked. However, this Article must be interpreted in the light of GCII, a fact which raises doubts as to its application to persons whose distress at sea is not linked with the armed conflict.

Moreover, the distinction between ‘enemy’ and ‘neutral’ takes practical value in times of naval warfare, even when it comes to the application of the States’ humanitarian duties. This is especially so since, on the one hand, neutral merchant vessels, which are in principle exempt from attack and capture (Heintschel von Heinegg, pp. 411), do not technically have an IHL obligation to assume SAR operations during an armed conflict, since parties can only appeal to their charity in that respect (GCII, Article 21). On the other hand, enemy merchant vessels, bound by the SAR obligation under considerations taken by Article 18 of GCII, are subject to visit, search, diversion or capture (San Remo Manual, Rules 60 and 135). If they resist an order to that effect, the belligerents ‘may take all necessary measures to break that resistance, including the use of armed force’ (Heintschel von Heinegg, pp. 407). In this sense, enemy merchant vessels proceeding with all speed to fulfil their SAR duties and resisting, for this reason, an order to stop issued by the belligerents may be attacked. These conditions could deem an a priori requirement from such vessels to proceed to SAR operations unreasonable, since this could endanger the safety of the ship, its crew and passengers [UNCLOS, Article 98(1)]. Such eventuality could pose a serious threat to the life and well-being of persons in distress at sea, as it could deprive them of the most practical means of rescue depending on the circumstances. It should be also remembered that maritime law binds both types of vessels in the same manner, as it does not distinguish between vessels of enemy or neutral character.

The Protection of Rescue Organizations

The M-SAR Convention confers the primary weight of SAR operations to rescue organizations of States, which are bound to, among others, cooperate with rescue services of adjacent states and coordinate SAR operations in their respective area of responsibility (Annex, Chapter 3). On the other hand, their rescue vessels do not receive a level of protection from IHL that could counterbalance the gravity of these duties in times of warfare. In detail, under Article 27 of GCII, such vessels are respected and protected in the same manner as hospital ships ‘so far as operational requirements permit.’ Of course, such organizations could requisition other non-State vessels flying the same flag for this purpose when so required by the circumstances, an ability provided to them by the SOLAS Convention (Regulation V/33.2). However, their fixed coastal installations, including offices, employees’ quarters, sick-bays, stocks of relief and medical supplies, are equally protected ‘so far as possible’. According to the 2017 ICRC Commentary on GCII, this low threshold of protection relieves the enemy from the procedural safeguards provided for attacking hospital ships, namely due warning, a time limit and a warning that has remained unheeded (para. 2205). On the other hand, it denotes that belligerents may prevent them from fulfilling their humanitarian tasks when it comes to rescuing persons whose distress is unrelated to the armed conflict (2017 ICRC Commentary, para. 2206).

The legal duties ascribed to the various entities at sea have practical effects. That is own to the fact that the protection of SAR operations and, by extent, the instruments applying this obligation in practical situations affect the overall safety of human life at sea. Indeed, the maritime conventions mentioned in this article take into consideration the safety of all subjects at sea, that is, both persons in distress and their rescuers. This is made obvious by their due regard of the safety of the crew and the passengers of the rescuing vessel [UNCLOS, Article 98 (1)], as well as the necessity and the reasonableness of the SAR operation and the ability of the master of the vessel to proceed to it in a given situation (SOLAS Regulation V/33.1). However, primary consideration is paid, as should be, to the persons in distress at sea. Under IHL, the belligerents have an obligation to respect and protect the concerned persons in all circumstances, i.e., inter alia, to refrain from harming them and prevent them from being harmed. It could then be that an omission of the attacking party to ensure alternative means of rescue for persons in distress before attacking warships and other vessels that are in due process of SAR operations, could result in them violating their duties under IHL and maritime law, and, in the sense of Article 51 of GCII, in committing the grave breach of wilful killing by omission.

It should also be considered that the SAR duty does not only apply when human life is at a certain degree of danger, but when there is a person found at sea ‘in danger of being lost’. This terminology presented by Article 98(1) of the UNCLOS reveals a link between the above conventions and the principle of human dignity. Indeed, allowing the persons to be exposed to the inhuman and degrading conditions that being lost at sea entails, or even perish under the same conditions, affects the humanity in us all (Muriel Fabre-Magnan, pp. 23). A respective intervention by the IMO in the future could, in this sense, be crucial in reminding the parties of their duty to protect this humanity during naval warfare. 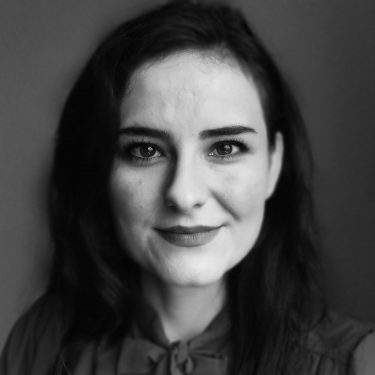 Alba Grembi is a doctoral candidate at the Faculty of Law, Chair of Public Law, especially Public International Law, European Law and Foreign Constitutional Law of the European University Viadrina, Frankfurt (Oder), Germany, and a guest researcher at the University of Geneva (March-June 2022).