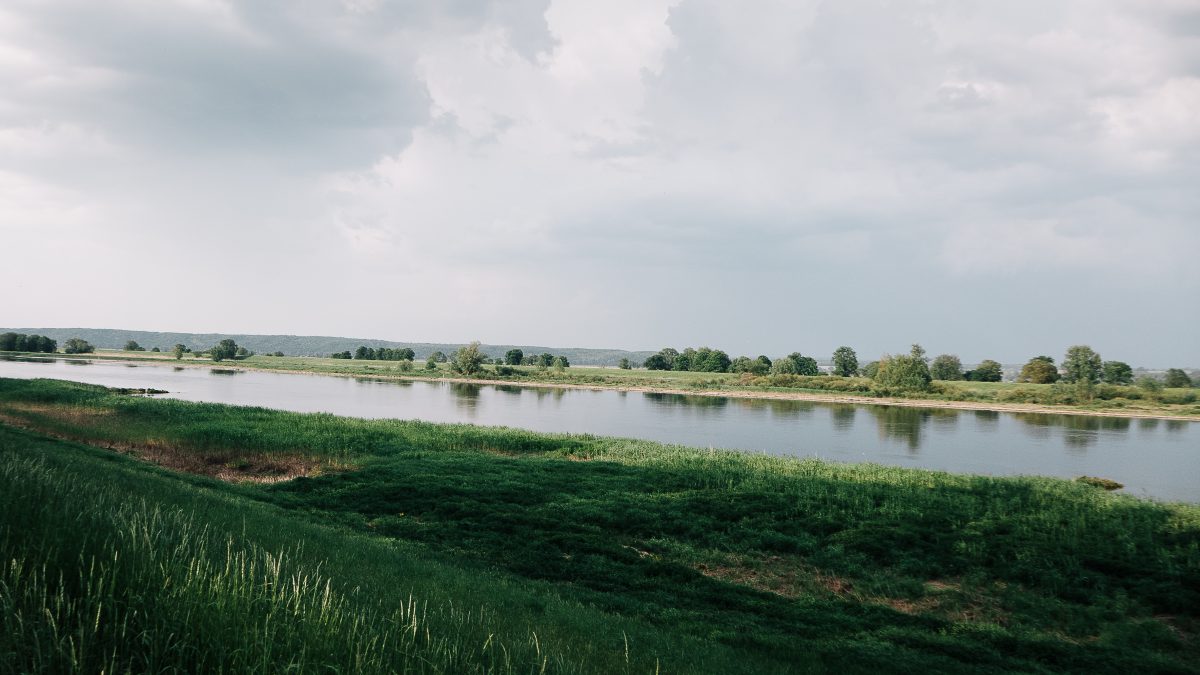 Dead Fish in the River Oder

A gigantic ecological catastrophe is unfolding in Central Europe: Thousands of dead fish were found in the river Oder since the end of July, now amounting to more than 100 tons. The river flows from Czech Republic through Poland, serves as a boundary between Poland and Germany and joins the German Baltic Sea in the Szczecin lagoon. This situation does not only raise legal questions concerning the cause of this disaster, but also highlights the importance of international obligations of Riparian States to share knowledge in order to minimize transboundary harm.

According to present knowledge, the dead fish are resulting from unusually high amounts of salt in the water. The causes remain unknown, with theories spreading from ecological crimes, the involvement of Polish industrial plants to multicausal scenarios that include low water levels resulting from the current heat wave. Most recently, Polish authorities discovered illegal sewage channels on Polish territory. Therefore, it remains unsure whether the pollution was caused by illegal actions and whether Poland as a State can be held responsible for the pollution itself. It is estimated that the ecosystem will take years to recover, with 50% of the fish stock dead and already endangered species like the sturgeon being the most at risk. Farmers relying on the water from the river for their animals were affected as well as the tourism sector, suffering from swimmers staying away and the unpleasant smell caused by the large amounts of deceased fish.

Even though the exact cause for this disaster is yet to be determined, one thing is certain: The lack of communication. While in German media the focus primarily lies on insufficient action from the Polish side, a timeline published by German newspaper Der Spiegel shows that also German authorities did not act immediately. Local anglers say that fish die-offs were observed upstream from Olawa as early as March 2022. The Polish water management authority gained knowledge about findings of dead fish in the river by the end of July. They even conducted tests with unusual findings between July 26 and 28 but informed Polish President Mateusz Morawiecki about high amounts of dead fish and potential pollution in the river only on August 9 or 10. Also German authorities are being called out for their inaction: On August 6 water samples were taken near Frankfurt (Oder), located right at the border to Poland, showing extremely elevated salt levels over the course of several days. For experts this is considered a sign that industrial waste may have entered the river. Yet, the responsible German authorities only began to act when they were informed by anglers and residents that large amounts of dead fish were appearing on August 9. At this point, a transnational environmental disaster was already in full effect. If both sides had reacted earlier, it is suggested that it would have been possible to minimize the issue e.g. by diluting the polluted water in the Oder from water of its tributary Neiße. The spread of the pollution throughout the food chain could have moreover been prevented, minimizing the effect on other species.

Despite the uncertain cause for this situation, one question is nagging not only angry local residents but also public international lawyers: Was the lack of communication between the two States on the basis of the available information merely unfriendly or also unlawful?

This question will be addressed from a public international law perspective in the following, leaving aside potential questions of EU law. Since the initial cause for the pollution remains a mystery, the violation of substantive international environmental law obligations cannot be assessed yet. This does not hinder the possibility of evaluating the obligation to inform as a “procedural obligation” since procedural and substantive obligations can be assessed separately (ICJ, Pulp Mills on the River Uruguay, Judgment of 20 April 2010, ICJ Reports 2010, 14, para. 79).

In the media coverage, a warning and alarm system set up by the Riparian States of the Oder (Czech Republic, Poland and Germany) has been the focus of attention as being “violated” by the lack of communication. The Riparian States set up this warning system in 2015 through the International Commission for the Protection of the Oder against Pollution. This Commission was created by virtue of a multilateral treaty with the purpose of streamlining cooperation for the protection against pollution of the Oder (Art. 1 (1)). One of its responsibilities is to develop a standardized early warning and alarm system (Art. 2 (1) lit. h). The warning system the Riparian States set up applies in situations of disaster (“Havarie”), defined in 1.2. and 1.3. of the document describing the system. 1.3.1 a) explicitly names accidents and malfunctions relevant for the public as such a situation of disaster and further specifies that fish die-offs constitute such an accident or malfunction. The system thus applies since Polish authorities were informed about the dead fish at the end of July. Article 4 (2) of the multilateral treaty the commission is based on however states that the commission’s task is to put forward proposals and recommendations – revealing that the results of its work are not legally binding on the parties of the treaty. Therefore, based on the warning system alone, no violation of international law can be established.

An examination of the preface to the system reveals that the warning system serves the purpose to fulfil the States’ obligations inter alia arising from Art. 14 of the 1992 Convention on the Protection and Use of Transboundary Watercourses and International Lakes (hereafter Water Convention). All Riparian States of the Oder are Parties to this treaty which thus connects the non-binding warning system to binding norms of international law.

The first sentence of Art. 14 Water Convention requires the Riparian States to inform each other about any critical situation that may have transboundary impact. This general obligation is specified by the second sentence of Art. 14: “The Riparian Parties shall set up, were appropriate, and operate coordinated or joint communication, warning and alarm systems with the aim of obtaining and transmitting information.” This sentence thus includes two obligations: The obligation to set up warning and alarm systems and the obligation to operate them. Poland and Germany fulfilled the first obligation by setting up the warning system in 2015. By virtue of the obligation to actually operate the warning system the non-binding warning and alarm system interestingly gains legal relevance: If the Riparian States set up such a system, they are obliged to conform to them by virtue of Art. 14. By not doing so, they consequently violated international law.

The responsibility of both States for these internationally wrongful acts may give rise to claims for reparation according to customary law enshrined in Art. 31 (1) of the International Law Commission’s Draft Articles on State Responsibility. It is difficult to assess the extent to which the lack of communication by both States contributed to the injury. When establishing legal responsibility for – broadly put – the situation at hand, the material cause of the injury (i.e. where the pollution stems from) would of course be the main focus. Injury is defined in Art. 31 para. 2 of the Draft Articles on State Responsibility as “any damage, whether material or moral, caused by the internationally wrongful act of a State and includes any direct loss, damage including environmental damage and the depletion of natural resources or injury to foreign Governments, nationals and corporations as a result of the wrongful act”. While the initial lack of communication alone did not cause the pollution of the river and the fish die-off, it prevented earlier action and thus contributed to the extent of the catastrophe, suggesting a causal link – subject to a precise assessment of the available facts at a later stage.

This effect that the lack of communication had on the extent of the transboundary harm questions the distinction usually maintained between procedural and substantive obligations to prevent transboundary harm – e.g. by the International Court of Justice in Pulp Mills on the River Uruguay (ICJ, Judgment of 20 April 2010, ICJ Reports 2010, 14, paras. 67 et seq and 159 et seq) and in the Joint Judgment on Certain Activities Carried out by Nicaragua in the Border Area and Construction of a Road in Costa Rica along the San Juan River (ICJ, Judgment (Merits) of 16 December 2015, ICJ Reports 2015 paras. 101 et seq and 113 et seq).

As Jutta Brunnée points out with regards to the customary harm prevention rule that it is no obligation not to cause harm, but an obligation to take diligent steps to prevent harm (p. 276). She argues: “While it may seem counterintuitive at first glance to suggest that a procedural failure might suffice to breach a substantive obligation, this is precisely what that harm prevention rule entails. This result is entirely consistent with the importance of prevention in environmental protection and, in turn, with the crucial role that procedural duties play in enabling harm prevention.” It is also what the Oder-disaster is making painfully clear: The importance of international communication in order to prevent and/or minimize harm to the environment, regardless of its material cause which in this case remains uncertain. Procedural and substantive obligations are inextricably intertwined. Against this background, the distinction appears artificial. 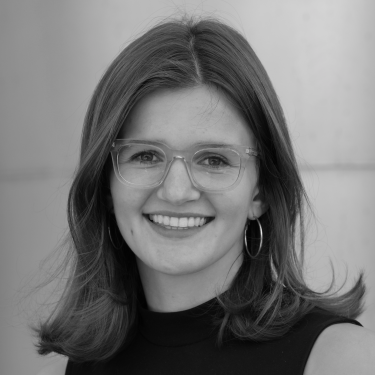 Cora is a PhD candidate and Research Associate at the Walther Schücking Institute for International Law in Kiel at the Chair of Prof. Nele Matz-Lück. In her PhD research she focuses on the relevance of a distinction between principles and rules for the formal sources of international law.