Could the Collective Guarantee Mechanism be Detrimental to Individuals‘ International Litigation Capacity?

Thoughts on Parallel Inter-State and Individual Applications Before the ECtHR

International Human Rights Bodies are familiar with the issue of coexistence of multiple adjudication proceedings. However, the issues currently raised by the increasing number of inter-State applications brought before the European Court of Human Rights (‘ECtHR’) under Article 33 of the European Convention on Human Rights (‘ECHR’), and especially, their coexistence with individual applications under Article 34 ECHR that concern the same legal issues and are based on the same factual background are unprecedented. The ECHR itself and the Rules of Court do not provide any guidance on the coexistence of the two types of applications. While Article 35 (2) (b) ECHR addresses the issue of international parallel actions, this provision is not applicable to internal parallel actions, i.e. other applications pending before the same court, namely the ECtHR. Therefore, this short note aims at discussing the current practice and some of the challenges raised by such applications. A particular focus lies on the autonomy of the affected individuals to take legal action.

Before exploring the technical issues, it should be kept in mind that the ECHR is based on the coexistence of two mechanisms of protection that should be treated with equal importance through the reform process. ‘Inter-States application’ is often described as the technical means to achieve a collective guarantee. The philosophy underlying this inter-State mechanism is well-known and constantly highlighted in the current reform process. The ECHR has a special content that creates a certain “European public order.” Accordingly, each State is the bearer of erga omnes partes obligations and is entitled, through Article 33 ECHR, to defend the European public order. However, behind this fiction, one should ask whether the current pending inter-State complaints are genuinely aimed at defending the so-called “European public order” or whether they serve in fact private State interests, as is the case before the International Court of Justice. This question is often left out from the discussion. In practice, the Court has proceeded to give a certain priority to inter-State cases, by adjourning the examination of individual applications as long as the “overarching issues” that are deriving from a parallel inter-State dispute have not been decided (e.g. Berdzenishvili and Others v. Russia, para. 4). To justify this priority policy in favor of the inter-State mechanism, academics and other experts affirm that Article 33 ECHR serves a “public goal”, while Article 34 ECHR would serve a “private goal”. The reality is much more complex and should be questioned.

In addition, with regard to the individual complaint mechanism, described by the European Court as “one of the keystones” (Klass et al. v. Germany, para. 34) of the ECHR, it should be kept in mind that the recognition of the procedural means to defend one’s rights is a crucial feature of the international legal personality of private persons. From a theoretical point of view, this is one of the major achievements of the ECHR. Therefore, the priority given to a type of action (inter-State complaints) has an important impact on the other type of action (individual complaints). In other words, the choices that are being made to improve the efficiency of the Court are not only of a technical nature and should not be treated as such. To give priority to inter-State actions over individual complaints may radically change the nature of the ECHR mechanism, and the procedural position of (in)dependence of the individuals vis-à-vis the States.

Current practice of the Court

ven if the situation of potential overlap between outstanding inter-State and individual complaints is rather new, some principles of coexistence can already be derived from the jurisprudence.

First, there is no rule of exclusion between an Article 33 ECHR complaint and an Article 34 ECHR complaint. As indicated in Varnava and others v. Turkey, an inter-State application on the same facts does not mean that the individual complaint lacks legal interest and should be struck off the list (para. 119). In Varnava, the respondent State argued that the “disappearances of the missing” persons had already been “subject to examination and adjudication” (para. 114), therefore calling into question the legal interest in deciding the individual applications. In response, the Court recognized that the previous Cyprus v. Turkey judgment, “included findings of violations under Articles 2, 3 and 5 ECHR concerning missing Greek Cypriots and their families.” (para. 118). However, the Court added that the criteria to reject a complaint under Article 35 (2) (b) ECHR (parallel proceedings) were not met (para. 118). The Varnava principle means first that the Court does not apply by analogy the prohibition of parallel international actions to parallel internal actions. Second, even when an individual situation is addressed in an inter-State application, the individuals still have a legal interest in lodging a complaint under Article 34. Therefore, their legal right to lodge an application is not eclipsed by previous inter-State complaints. This position was later backed by the 2018 Copenhagen Declaration, highlighting the importance of not limiting the Court’s jurisdiction (para. 54(c) of the declaration), and reaffirmed by the Court in its jurisprudence, e.g. in Berdzenishvili et al. v. Russia (para. 37).

Second, it also derives from the practice of the Court that some statements made on the factual background in an inter-State application are retained in individual complaints. The question of administrative practice or other factual elements analyzed in an inter-State complaint are used when dealing with an individual complaint (para. 49). This means that even if the two complaints are of different nature, the Court takes duly account of the statements and conclusions reached in its previous decisions. This approach is welcome, since it significantly reduces the risk of contradiction and inconsistency. By consequence, this fear which has been put forward by some States in the reform process, should not be overestimated.

Some challenges and unsolved questions

At the outset, some questions should be considered and have not received the attention they deserve: whether the outstanding inter-States applications really serve a collective goal and the European public order; whether the two mechanisms should not rather be preserved on an equal footing; and whether the Court, as a Human Rights Court, has reflected sufficiently deeply upon the shift of its role. It is not certain that the Court is equipped, from a legal point of view, to address the issues States are raising. This also transpires from the Georgia v. Russia (II) judgement : “If, as in the present case, the Court is to be entrusted with the task of assessing acts of war and active hostilities in the context of an international armed conflict outside the territory of a respondent State, it must be for the Contracting Parties to provide the necessary legal basis for such a task.” (emphasis added, para. 142). Having said that, the question remains, what does the priority policy in favor of inter-States applications mean for individual applications?

First, the impact of adjourning individual applications is problematic and should be addressed. Indeed, due to the complex factual background, numerous legal questions and pieces sent by the States Parties to the Court, the proceeding in inter-State cases may be excessively long, first to reach an admissibility decision, then (in case of split) a decision on the merits, third, a decision on just satisfaction and finally, the implementation of the judgment. Based on the previously decided cases, it may take more than twenty years before going back to an individual application, which raise serious concerns in terms of legitimacy of the Court and quality of the justice that it delivers.

Second, the issue of just satisfaction has been raised in the current discussion of the Steering Committee and the question whether a list of the victims should be indicated at the outset of an inter-State application or when dealing with just satisfaction (paras. 6 and 45). In addition, some concerns were raised about the possibility of an individual being granted monetary compensation twice (para. 42). However, this concern must not be overestimated as Article 41 ECHR provides a discretionary power to the Court to grant for just satisfaction (“if necessary”). Therefore, if a victim has already been granted just satisfaction on the basis of an inter-State application, the Court can take this into account when assessing the relevance and amount of reparation in the individual application, and thus avoid any duplication.

Therefore, the current practice is extremely limited. Nevertheless, due to the massive and large-scale nature of violations of human rights which are dealt with in inter-State applications, the potential material damage suffered by thousands of victims, the question of just satisfaction should be renewed. It could also take inspiration from comparative practice, especially that of the International Criminal Court and the Inter-American Court (see Article 35-2 of the Rules of Procedure of the Inter-American Court of Human Rights, as exemplified in Chichupac v. Guatemala, 2016, paras. 63-65, 272-275), where both the adequate forms of reparation and the problem of identification of victims were addressed. In addition, there are important works in the field of transitional justice that could also be helpful. In his 2014 report, the former UN Special Rapporteur on reparation analyzed the limits of a model of reparation that relies on courts. He highlighted that redress in post-conflict situations or in case of massive violations of human rights does not only mean to “distribute indemnities” but implies other actions and reflections that are totally absent from the Court’s practice (para. 47).

Third, in case of a friendly settlement in an inter-State application, the reform would have to be very clear on the impact of this settlement both on the admissibility, on the merits and on the just satisfaction to be granted to the victims in case of violations of the ECHR (on friendly settlements, see Keller/Piskóty and Wenzel).

As highlighted by President Spano in his opening statement to the Conference, the European Court is facing “exceptional challenges” due to parallel inter-State and individual applications, which deal with complex factual backgrounds, allegations of administrative practices and massive violations of human rights. As also underlined by the Secretary-General of the Council of Europe, Pejčinović Burić, the Court has to deliver justice in cases of large-scale violations of human rights. In these circumstances, technical and pragmatic reforms must be envisaged. However, one of the central pillars of the ECHR must also be preserved: one of its greatest achievements, i.e. the individual right of application. The words of the Court in Klass et al. v. Germany should be kept in mind: “The procedural provisions of the Convention must, in view of the fact that the Convention and its institutions were set up to protect the individual, be applied in a manner which serves to make the system of individual applications efficacious.” (para. 34). 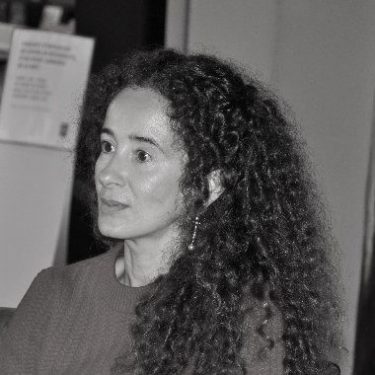 Hélène Tigroudja is a Law Professor at Aix-Marseille University and  Co-Director of the Law School’s Master Program of International Law. She is  an expert member of the UN Human Rights Committee on behalf of France (2019-2022).