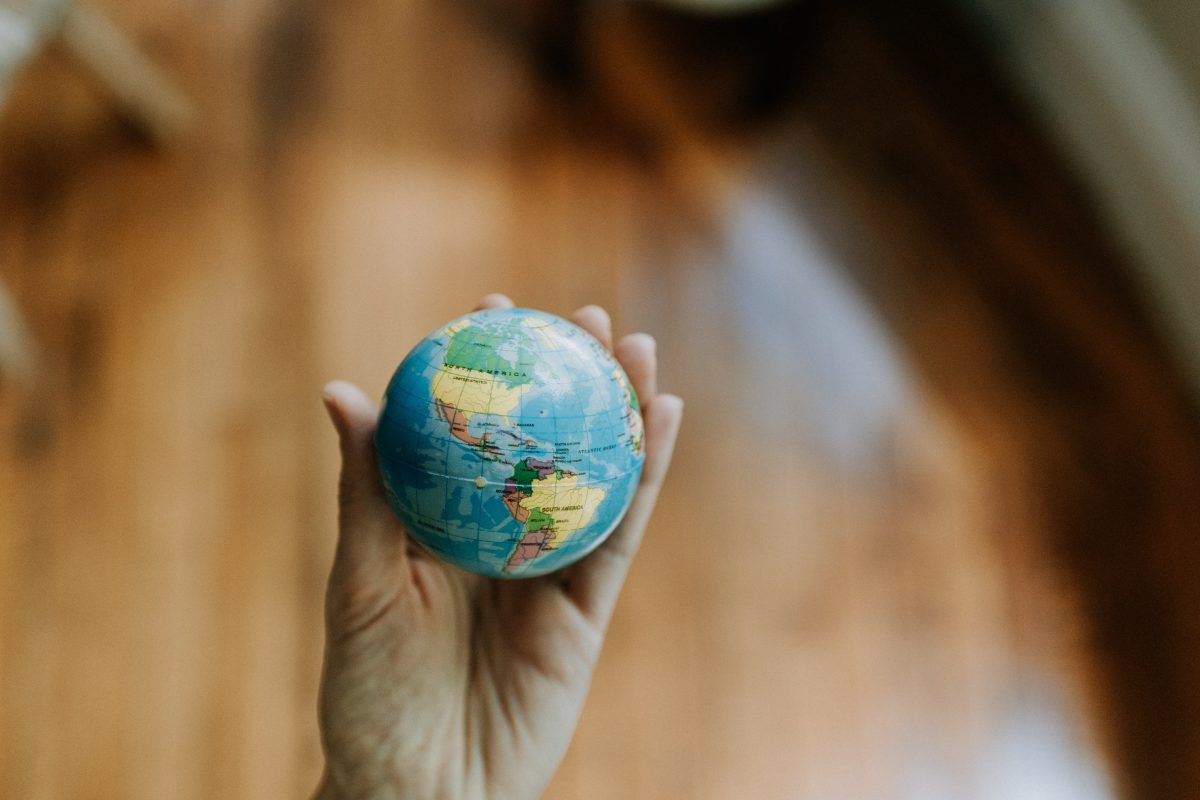 Centering Europe and Othering the Rest

Corporate Due Diligence Laws and Their Impacts on the Global South

The theme of the 11th annual UN Forum on Business and Human Rights reiterated the need to put “rightsholders at the center” of efforts to strengthen accountability and advance business respect for people and the planet.

Reflecting upon this theme, this blog post offers some critical insights into the EU Corporate Sustainability Due Diligence Directive (CSDDD), with some occasional references to other recent mandatory human rights due diligence (mHRDD) laws. It highlights how the processes surrounding the making of these laws, coupled with the omission of substantive provisions creating spaces for the voices of Global South rightsholders to be heard in the due diligence process are a grave cause of concern. As I have explained elsewhere, the process of drafting an EU Due Diligence Directive commenced with an initial proposal in February 2022. This was followed by a draft report containing far reaching amendments prepared by the Committee on Legal Affairs with Ms. Lara Wolters as rapporteur. The latest iteration of the Directive is the negotiating position (‘general approach’) adopted by the EU council on 1st December 2022.

This contribution will be divided into three key parts. Firstly, I will introduce the Third World Approaches to International Law (TWAIL) perspective that I rely upon to critique the EU CSDDD as well as other mHRDD laws more generally. Secondly, I will highlight what I call the visible impacts of due diligence laws such as the EU Directive on the Global South. Thirdly, I will outline some invisible impacts of the EU CSDDD and other mHRDD laws that should concern us. I conclude with a brief reflection on the way forward.

The Utility of a TWAIL Perspective

Regional mHRDD laws like the EU CSDDD are not enacted and operationalized in a vacuum. They must thus be understood within a very specific context. TWAIL helps to clarify the parameters of this context. TWAIL is a counter-hegemonic and critical way of looking at international law, that is concerned about relations between the ‘West and the Rest’, given numerous factors such as colonial histories and their continuities, the power and resource asymmetries that plague the international legal order, to mention just a few TWAIL concerns. TWAIL  seeks to unearth the colonial legacies of international law in order to expose how such legacies continue to affect the material realities of states and peoples in the Global South. Thus, a TWAIL lens helps to make visible what is otherwise invisibilized by mainstream discourses.

Some Visible Impacts of Due Diligence Laws

Is the EU CSDDD good for the Global South?   The first point in the explanatory memorandum accompanying the February 2021 proposal stresses that “Union legislation on corporate due diligence would advance respect for human rights and environmental protection.” In a similar vein, section 6.1.5 of the impact assessment report accompanying the drafting of the directive identifies a number of impacts on the Global South including, “preventing and reducing adverse human rights (including labor rights) and environmental impacts of EU companies and their value chains worldwide.” Clearly, one obvious, or visible intention animating the EU CSDDD is the hope that the directive will improve the human rights and environmental conditions of people in the Global South.

Invisible Impacts of Due Diligence Laws

Nevertheless, despite these avowedly good intentions, there is more than meets the discerning eye in this regard. Like other mHRDD, the EU CSDDD’s enactment and implementation process should be approached with a healthy dose of caution. Some of the less visible, or what I referred to earlier as invisible, impacts of the mHRDD include: the reinforcement of colonial power relations, the privileging of certain voices in the BHR discourse by creating a law making and interpretive hegemony that centers the EU and, finally, the perils of delocalized justice. I will briefly examine each of these critiques in turn.

Firstly, the processes preceding the adoption, as well as (omissions in) the content of the Directive (primarily in the case of the initial draft, and to a lesser extent the Lara Wolter’s amendments) run the risk of entrenching asymmetrical and hierarchical power relations between the EU and the rest, consequently reinforcing colonial power relations. These mHRDD laws are made in the Global North and by the Global North ostensibly for the benefit of the Global South, but, and this is a very big BUT, with very little input from the Global South. For instance, although the official statistics boast a whooping 473,461 responses, the representation of Global South voices in the 15-week open public consultation in the run-up to the directive in 2021, was stunningly wanting. Additionally, the initial draft of the Directive did not mandate consultation with Global South rightsholders in all phases of the due diligence process. Instead, it opted for the very weak “where relevant” formulation (Articles 6(4) on identifying actual and potential adverse impacts and 8(3) (b) on the development of a corrective action plan). Similarly, the General Approach maintains this troubling “where relevant” formulation in its Article 6(4). By allowing companies to only carry out consultations with potentially affected groups as and when they see fit, this formulation disempowers potentially affected rightsholders.

This is a birth defect that arguably plagues not just the EU CSDDD, but other mHRDD laws passed by countries such as France, Norway and Germany in the recent past. To digress a little bit, the parliamentary debates surrounding the enactment of the French Corporate Duty of Vigilance law even went as far as justifying this unilateral enactment of due diligence laws for the benefit of the Global South as an opportunity for France to “once again be at the forefront for the protection of human rights and that of the environment.” As one scholar insightfully observes in this regard, this enactment by France of  “‘a law for the whole world’ presupposes France as the generous liberator of people beyond its national boundaries.” This “politics of saving” upon which European mHRDD laws are premised, simultaneously empower and disempower rightsholders on the receiving end of corporate abuses by casting the EU in the role of a savior, and such Global South rightsholders as poor, often powerless victims to be protected, without giving due regard to their agency. This  condemns global south rightsholders to continue being disenfranchised from decisions that affect their quotidian realities. As the late, great Prof. John Ruggie once put it, “the essence of rights is that they are considered entitlements, not granted by the grace or at the discretion of others.”

Secondly, it is germane, that the question, “who speaks international law”, matters. By extension, the question who speaks Business and Human Rights (BHR) matters. Interpretation can affect the meaning of laws over time, thus forming a sort of ex post facto lawmaking. We are living in a historical BHR time, with numerous concurrent efforts internationally, regionally and nationally geared towards reducing the corporate accountability gap and reining in the rogue transnational capitalist class. When the EU and some of its member states take action by enacting mHRDD laws while simultaneously remaining hesitant to fully support the multilateral process of coming up with a binding treaty on BHR, they are able to seize control of the BHR narrative, at least in terms of knowledge production. Given their erasure and silencing from the relevant due diligence processes, this has dire implications for the ability of Global South voices to participate in the development and shaping of BHR laws, rules, norms and principles. While some may argue that these mHRDD laws are “trailblazing”, I would counter that this is disingenuous given the proclivities of such laws to set the stage for an interpretive hegemony in BHR that does not do enough to center the unique cultural, historical, and political experiences as well as lived realities of rightsholders from the Global South, who are quite simply left out of the conversation, at least for the most part. These laws run the very real risk of perpetuating narratives entrenched in Eurocentric enlightenment ideas and (mis)representing them as global.

Relatedly, like other mHRDD laws the EU CSDDD delocalizes the site of justice away from where the harms occurred in value chains and subsidiaries in the Global South to courts in the Global North. But if we know anything about transnational BHR litigation, we know that it is never a walk in the park for rights holders to actually be able to get this justice. Does the EU CSDDD do enough to make its promises translate from paper to reality for the rightsholders by reducing the many barriers – legal, procedural, cultural, financial, linguistic, that those seeking justice would inevitably face? I am not sure it does. Despite providing for the civil liability of companies and a right to compensation for affected rightsholders in Article 22 of the General Approach, in its current form the EU CSDDD does not make any special provisions to assist global south rightsholders to overcome the numerous barriers that they must inevitably face before being able to access such civil remedies. There is no mention of legal aid or reduced evidentiary burdens or any other such provisions that could help lessen the inevitable hurdles that will be faced by Global South rightsholders as they seek redress. I foresee rightsholders walking a long road towards corporate justice in Global North courts, a journey that ultimately ends with many of them being forced to give up when the road appears to have no end, as recently happened with Esther Kiobel and the four widows of the seminal Kiobel et al cases. 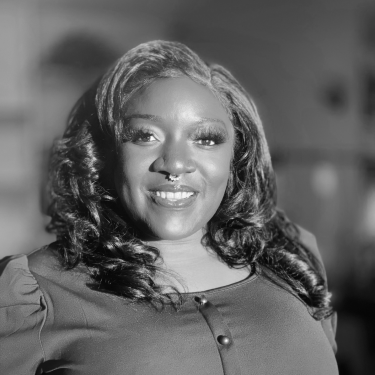 Caroline is a Research and Development Specialist at the University of Luxembourg. Her current research is in the broad area of business and human rights with a focus on national, regional and international efforts to increase corporate accountability for human rights and environmental abuses.