Being a Saarbrücken-based legal scholar traveling regularly to Frankfurt, the sight of the American Ramstein Air Base (or “Ramstein” for short) approaching just before Kaiserslautern is nothing unusual. Most of the time, the high fences on the left side go unnoticed, unless perhaps one of the US Airforce “Globemasters” is casually floating over the highway.

This was different on my last trip to Frankfurt – when spotting Ramstein triggered my full attention and made me launch into elaborate explanations on the special status of Ramstein under the NATO Status of Forces Agreement (SOFA), which allows the US to operate on German territory as long as US activities respect German law, especially the German Constitution and German obligations under international law. Why did I bore my spouse with these reflections? The reason was the recent Judgement of the Higher Administrative Court for North Rhine-Westphalia (OVG NRW) of 19th March 2019 on the responsibility of the German Government to ensure compatibility with international law of US drone strikes operated via Ramstein. Aside from the fact that Ramstein is the most important drone base outside the US, what is so interesting about this case and why is it significant? Let’s take a closer look.

What happened? – The Facts of the Case

The case was brought before the court by three Yemeni plaintiffs, who claimed that their relatives Ahmed Salem bin Ali Jaber (Salem) and Waleed bin Ali Jaber (Waleed) were killed in a US drone strike in the Province of Hadramaut (Yemen) in 2012. Salem, an imam, openly criticized Al-Qaida during a sermon. This did not go overlooked by local extremists, who summoned him for a talk. When Salem, accompanied by Waleed – one of the town’s policemen –, met with three Al-Qaida men, a US drone struck the group, killing all five men. The plaintiffs allege that the three local extremists were the intended targets of the attack, while Salem and Waleed were collateral damage in a „signature strike“, an attack where the US target an unidentified person based on a pattern of suspicious behaviour as identified through metadata. The plaintiffs claimed that they were offered condolences and awarded a “condolence payment” of $ 155,000 by “Yemeni officials”. However, they were offered neither official acknowledgement of or redress for the strike, nor a written statement that the condolence payment was from the US government. The plaintiffs questioned the lawfulness of the attack, which to their knowledge had not been investigated by an independent body.

The plaintiffs first sued the US before the D.C. District Court and the D.C. Circuit Court, but to no avail. On appeal, the latter decided that the alleged extrajudicial killings by drone strike were non-justiciable, as they concerned a political question. Next, the plaintiffs turned against the Federal Republic of Germany (FRG) because of the essential importance of the Ramstein Air Base for US drone strikes. Indeed, while the selection and analysis of targets, the final decision over single attacks as well as the lead of missions all take place in the US, Ramstein is continuously being used for the relay of flight control data necessary for armed drone strikes in Yemen. Also, the plaintiffs claimed that a team of analysts as part of the Distributed Ground System (DGS) is stationed at Ramstein, assisting the US-based mission teams by monitoring drone strikes through onboard cameras matching the pictures with information and intelligence with respect to terrorist activities. The plaintiffs sought to oblige the FRG to prevent the use of Ramstein for attacks that violated international law.

In 2015, the first instance administrative court of Cologne dismissed the case concluding that the German government had fulfilled its obligation to protect the plaintiffs’ lives by verifying, through consultations with the US Government, that Ramstein was only used within the limits of the NATO Status of Forces Agreement. It found that a case-by-case assessment of US drone strikes was de facto impossible for the German government and could jeopardize Germany’s trustful relationship with the US. Therefore, the first instance court concluded that the German government was within its rights to balance its legal duties with foreign and defence policy interests. The plaintiffs appealed against this decision, leading to the judgment of the Higher Administrative Court for North Rhine-Westphalia (OVG NRW) that I would like to discuss presently.

The OVG NRW regarded the action as admissible and at least partially well-founded. It dismissed the plaintiffs’ request for a total ban on the use of Ramstein for armed drone operations, but considered that Germany had to adopt “suitable measures” to ensure that US drone strikes operated via Ramstein complied with international law. If necessary, Germany would have to work with the US towards compliance with international law.

The OVG NRW held that this duty to adopt “suitable measures” arose under the German government’s constitutional obligation to protect the plaintiffs’ right to life as enshrined in Article 2 (2) (1) of the German Basic Law (BL). The plaintiffs were entitled to the protection of Article 2 (2) (1) BL even though they were not German nationals and not located on German territory (but in Yemen) because there was a sufficient link with the German State. Indeed, the use of Ramstein for the relay of data necessary for the drone strikes in Yemen meant that the acts threatening the right to life carried out by the US were conducted essentially from German territory and hence from within the sphere of German territorial authority and responsibility.

The OVG NRW further held that the constitutional obligation to protect the right to life comprises an obligation to ensure that conduct originating from German territory is in line with Germany’s obligations under international law. In opposition to the first instance Court (and the D.C. Circuit in the corresponding US case), the OVG NRW did not grant the German government an unlimited discretion regarding the assessment of the compatibility of US drone strikes with international law. On the contrary, the OVG NRW considered that issues such as the qualification of persons or objects as legitimate military targets are not political, but legal questions. It thus declared itself competent to examine the government’s conduct in this regard, on the basis of Article 20 (3) BL in conjunction with Article 19 (4) BL.

The court then proceeded to assess the compatibility of the US drone strikes with international law, examining notably possible infringements of international humanitarian law and human rights law. It found that there were strong indications of violations of both regimes. In Yemen, this was in particular due to air strikes targeting persons who, having lost their “continuous combat function”, could not be considered combatants – and therefore legitimate military targets – any longer, air strikes bringing about (disproportionate) civilian losses as well as a lack of investigation concerning the compatibility with international law of these strikes.

The decision is subject to appeal before the Federal Administrative Court and as such not final.

Why is this case so significant?

Allow me to forward three remarks regarding the decision.

Finally, and despite the criticism I just voiced, it can be said that the court has shown a great willingness to ensure the implementation of international law on the national level. This is a major step in the right direction, especially if other local Courts follow the example of the OVG NRW and become more willing to take up the task of enforcing international law. It is true that the OVG NRW has not outruled drone strikes operated via Ramstein as it could have after its analysis of the compatibility of the attack with IHL and HR. However, such a ruling would likely not have been upheld in the next instance, as political pressure would have been far too strong. The delivered judgment with its “soft approach” has good chances to survive a (possible) appeal and might, therefore, be more effective than a “nuclear solution” would have ever been. The decision thus has the potential to be of great impact on the role courts as well as the executive (through diplomatic, political and soft law mechanisms) will play in enforcing international law.

Dipl.-Jur. Karoline Dołgowski, Master II en droit (Lille-Warwick) is a research assistant at the Chair of Prof. Dr. jur. Thomas Giegerich (Saarland University). She is currently a legal trainee at the International Law and Policy Department of the National Headquarters of the German Red Cross (Berlin). The views and opinions expressed in this article are those of the author and do not necessarily reflect the official policy of the German Red Cross. 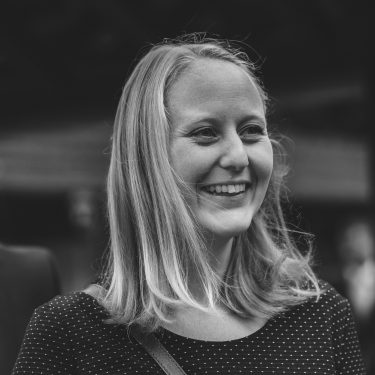