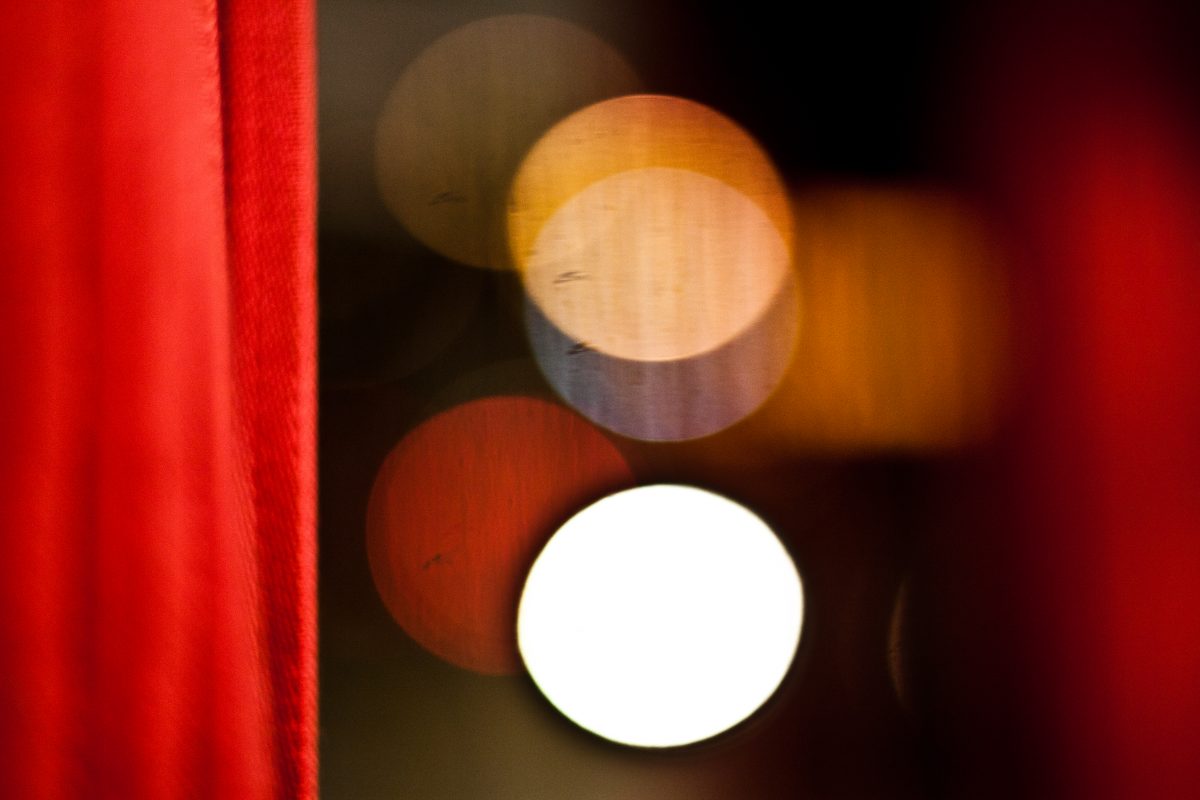 Questioning the Right to Access the Internet, in Search of Definitions (and Conditions)

It is increasingly difficult to form social relations, to work, or to get information about the work of government or public offices without having access to information and communications technologies (ICTs). The legal recognition of these social needs has resulted in the formation of a right to access the internet. This right has been protected thanks to provisions of the Constitution (e.g. Portugal [Article 35], Mexico [Article 6]) and statutes (e.g.  Brazil, Estonia), Constitutional or Supreme Court judgments (e.g. France and Costa Rica), or, on an international scale, by declarations. If no doubt can be cast regarding the opportunity to protect this right, the real issue is the thorny question of how this right should be protected, since there are at least three different approaches in this regard.

The first approach defines internet access as a (right to) freedom: any individual must be free to access the internet to exercise all kinds of activities in the net, which vary from communication to education, political participation to work, and so on. It is the traditional approach, the one that emerged the first in scholars’ debates and case law, which is based on the assumption that the internet is a means of communication, albeit (very) different from the pre-existing ones (U.S. Supreme Court  Reno v. Aclu 1997). Means of communication enable the exercise of the freedom of expression and/or the freedom to gain knowledge. The same applies to the internet. A good example for the first approach can be identified in a well-known judgment delivered by the French Constitutional Council No. 2009-580 DC (10 June 2009). The Council emphasized that “in the current state of the means of communication and given the generalized development of public online communication services and the importance of the latter for the participation in democracy and the expression of ideas and opinions, this right implies freedom to access such services” (para. 12).

Adopting a more neutral attitude, the second approach denies the existence of a real right to access the internet for the simple reason that “technology is an enabler of rights, not a right itself” Therefore, the internet cannot be conceived as a right. Its protection, however, does not fade away: access to the internet is protected because it is the necessary means to exercise other rights, such as the right to communication or education.

If the protection of internet access is the result of the rights that the internet enables to exercise, internet access can be only protected if and to the extent it actually enables a certain right. An echo of this definition can be found in the judgment by the Indian Supreme Court in the case Anuradha Bhasin v. Union of India, W.P.(C) No.-001031 / 2019 (10 January 2020). According to the Court the constitutional protection is provided to “the freedom of speech and expression and the freedom to practice any profession or carry on any trade, business or occupation over the medium of internet” (para. 152 b) The corollary of this assumption is the clear difference between the first and the second approach: for the former, internet access is a right in any case, whereas for the latter internet access can either be a component of a right or be an action that the legal order treats in different terms, generally as a simply legal activity but also, sometimes, as a potentially illegal activity.

The main outcome of the second approach is that internet access can be ‘parcelled’, in terms of legal protection. This helps us to better understand the implications of the third approach. According to the third approach, internet access is a social right. This approach imposes a duty on the Government, which cannot simply let people access the internet, but must create the conditions for internet access anywhere for everyone. Whenever a person cannot access the internet, the Government can be held responsible for not having complied with the ‘universal service obligation’ (see e.g. 2002 European directive).

The main issue is therefore to create the conditions for a large part of the population to benefit from relatively easy access to the internet. Digital divides are huge and numerous within every society, because of economic, social, cultural, and geographical inequalities that require Governments to take action in a wide array of directions (see e.g. Supreme Court of Costa Rica No. 12790, 30 July 2010; Italian Constitutional Court No. 307, 21 October 2004). In a digital environment, the goal to preserve social balance and fairness can be pursued only through the adoption of policies which aim to guarantee access to the internet as a universal service, both in terms of infrastructure and access to content. These policies can be however at times very expensive.

The “Dark Side” of the Right to Internet Access

Since funds are limited, choices must be made to carry out these policies. Providing a broadband universal service results in the protection of a right or of some rights (the ones that benefit from the internet) at the expense of others. Therefore, the internet does not only “add” possibilities and opportunities to those who enjoy it. It can also mean, albeit indirectly, deprivation or restriction of rights.

The idea that the internet can limit rights has not caught the attention of scholars until recently, when a right not to access the internet was suggested as a new dimension of personal freedom. For the sake of internet access, other rights must be sacrificed. Internet access, however, has also a real “dark side”, if one analyses the way the internet is shaped with its governance and technologies. Granting internet access priority over other rights-implementing policies and public expenditures must be thus justified. At first glance, this does not seem to be an issue: everyone knows the advantages of internet usage, the sources of information it provides and the possibilities to communicate which it allows. When putting all the advantages together, the choice of investing in broadband seems to be no less than evident. At a closer look, all that glitters is however not gold.

The huge amount of information that characterizes the internet does not necessarily mean that the individual can improve her/his knowledge and (to use, in part, the words of Article 2 of the Italian Constitution) can freely develop her/his personality. This is, of course, a driving factor for putting internet policies at the top of the Government’s agenda. Oddly enough, it has not been called into question, probably because of the original definition of the internet as an area of freedom, a “new home of Mind” (see the 1996 Declaration of the Independence of Cyberspace), in which individuals are free to express themselves as they wish.

The issue is, therefore, whether the original definition is still valid. To say it in a few words, if the idea of freedom remains the milestone of our conception of the internet, irrespective of its governance, its main actors (the so-called ‘gatekeepers’), and the use and abuse of algorithms and artificial intelligence raise the question whether social, spiritual, and intellectual growth on the internet can still be considered genuinely ‘free’. Chamber echoes, filter bubbles, rankings, and other tools, heavily influence the communication and knowledge transfer of individuals, and somewhat determine their social digital life.

These considerations cannot lead to the stigmatization of the internet and the denial of its potential in terms of freedom of expression and its impact on personal and collective self-development. However, the time is ripe for the reconsideration of the original conception of the internet. This would enable us to measure the gap that has emerged over time between what the internet was supposed to be and what the internet actually is. It would help us to establish minimum conditions which need to be guaranteed to enable the usage of the internet based on the real freedom of users. They would finally have the freedom to choose which contents to see, which pieces of information to read, and which ways of communication to establish.

These conditions could become the achievements required to grant internet policies priority over other public policies. Indeed, establishing an interdependence between the structure of the internet and the funding of the universal service would restrict the recognition of the status of social rights only to a certain kind of internet. This restriction could and should be associated with the aim of improving the standards of users’ protection.

Given the above analysis, the third approach would prove all its efficiency. Qualifying internet access as freedom does not have special consequences in many countries, thus only its qualification as a social right can produce concrete outcomes. The recognition as a social right could derive precisely from the obligation to implement the right only if it likewise improves the standards of users’ protection. On the one hand, this obligation could prevent public expenditures of dubious value for individuals and, on the other, the definition of internet access as a right would have a real impact on the conditions and the consequences of the act of accessing the internet.

Neglecting this two-fold perspective would promote a laissez-faire approach towards internet governance. Such a choice has caused serious damages in recent years. It has given the main ICT companies room to restrict users’ rights and freedoms on the net. The confirmation of this attitude for the future would cast doubt on the opportunity to have recourse to the notion of ‘right’ in terms of internet access. Indeed, there is no sense in proclaiming a right to access as an area in which freedom is increasingly restricted. 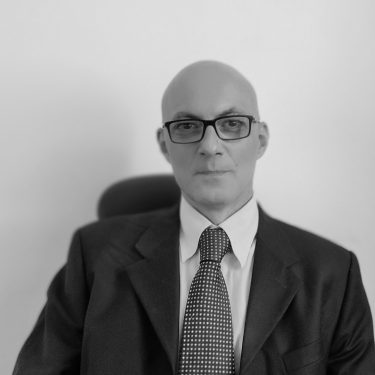 Paolo Passaglia is Full Professor of Comparative Law at the University of Pisa (Italy), where he is the director of the Second Degree Master in Internet Ecosystem: Governance and Rights. He is Pro-Tempore Scientific Coordinator for Comparative Law at the Research Department, Constitutional Court of the Italian Republic.