OSCE Special Monitoring Mission to Ukraine monitoring the movement of heavy weaponry in Eastern Ukraine; photo by OSCE SMM via Flickr (CC BY 2.0)

The dispatching of the OSCE Special Monitoring Mission (SMM) to Ukraine in 2014 has (again) brought to the fore the importance of appropriate legal status for the OSCE and its staff (see also the contribution of Christian Tomuschat). While before the Ukraine crisis the OSCE may have laid relatively dormant, the events in Ukraine allowed the organization to reclaim its position as a pan-European security forum. However, in the absence of a clear legal status in relation to the OSCE, the deployment of the OSCE SMM in Ukraine was not self-evident. A precious ten weeks were lost before a Memorandum of Understanding between the OSCE and Ukraine, pertaining to the mission’s legal status, was signed and ratified and all arrangements for the SMM were in place. As the Panel of Eminent Persons, established in the wake of the OSCE’s deployment in Ukraine, denounced in 2015, eight OSCE monitors were abducted and held incommunicado, and the SMM was not able to ‘open bank accounts, enter into contracts, issue vehicle number plates or import equipment – some of it vital for security’. In light of these limitations, the Panel strongly urged the participating States to confer legal status and personality on the OSCE. However, as such calls have been launched before, it is unclear whether the OSCE participating States will act on its latest iteration and adopt the 2007 Draft OSCE Convention, which governs the organization’s legal personality, capacity, privileges and immunities.

Given that it is not likely that general legal status will be conferred on the OSCE under treaty law any time soon, it is worth mining other international law sources for this legal status. In this respect, it is known that the OSCE Secretariat relies on general customary international law, although it appears to be aware of the relative weakness of this argument. In this post, I explore, alternatively but relatedly, whether granting legal status could possibly be derived from an institutional duty of loyalty of OSCE participating States’ vis-à-vis the organization, i.e., a norm of intra-institutional customary law.

A customary institutional duty of loyalty?

By virtue of the duty of loyalty, member States and the organization which they have established – in this case the OSCE – should assist each other in carrying out their respective tasks, particularly by the founding documents of the international organization. This principle of cooperation is best known in its EU version as the principle of ‘sincere cooperation’ between the EU and its member States, but it also exists within the UN, at least in the relationship between the UN Security Council and the member States. As (participating) States have tasked the OSCE with carrying out a mandate to comprehensively realize security in the pan-European area, an argument can be made that they owe it to the organization to endow it with the necessary legal status in order to enable it to effectively carry out this mandate (e.g., when the OSCE authorizes the deployment of monitoring missions on the territory of a participating State).

This argument may appear sensible, but the first problem we encounter is that the principle of OSCE/participating State cooperation is, unlike as is the case with the EU, not explicitly laid down in a founding document of the OSCE. Even if it had been laid down, it would not have been legally binding on the participating States, as any commitments within the OSCE context are meant to be only political in nature. Accordingly, the existence of an inherent principle of loyal cooperation between the organization and its member/participating States may have to be established under customary international law, which is, again, not self-evident.

An additional complication is that the character of the OSCE as an organization separate from its participating States may be put in doubt, as a result of which the question of State-organization loyalty may be moot. Indeed, in the absence of unambiguous legal personality of the OSCE, it may well be submitted that all OSCE action in fact amounts to joint action by the aggregated OSCE participating States, which simply use the OSCE as a transparent vehicle to pursue their aims. In such a constellation, in which the organization disappears from view as an independent entity, the duty of loyalty may possibly not be applicable. Still, one may have to bear in mind that the questions of international legal personality and domestic legal status are distinct. This means that an organization which cannot avail itself of the former can still be entitled to the latter. These concepts speak to different rights and obligations indeed: international legal personality is mainly concerned with questions of responsibility (the right to bring and receive international claims against and from other international legal subjects, States in particular), whereas legal status mainly pertains with privileges and immunities in States’ domestic legal order. Thus, even when lacking international legal personality, the OSCE can still claim to be an organization that is entitled to domestic legal status, and it may be argued on this basis that participating States have a duty of loyal cooperation to realize this status.

A matter of effectiveness

Admittedly, a duty to grant legal status does not as a matter of course flow from the principle of cooperation, but a proper argument in this sense can surely be made. As it is a core function of the OSCE to send missions to the territory of its participating states, a failure on the part of participating States to facilitate these missions through a legal status grant may hamper the overall effectiveness of the organization in fulfilling its mandate, and hence it may amount to a violation of the principle of cooperation.

What specific privileges and immunities this legal status exactly entails is ultimately a function of organizational/mission effectiveness, balanced with the legitimate interests of States, which cannot be expected to place the OSCE and its officials entirely outside the normal remit of its law. This tension between institutional and national considerations is normally resolved through negotiations resulting in bilateral or multilateral agreements, or unilateral commitments. Then, obviously, we are back to square one: the need to have a detailed arrangement on the OSCE’s legal status in force, such as the 2007 Draft Convention. However, as the Draft Convention has been drawn up within the OSCE itself, and no principled opposition against the content of the its norms has emerged, one may possibly argue that the Draft Convention is a more specific embodiment of the general duty of cooperation between participating States and the OSCE. Accordingly, one could advance that compliance with the principles of the Draft Convention is already an obligation resting on the participating States, irrespective of its formal adoption and entry into force. Obviously, to dispel any uncertainty, the latter is highly desirable. Yet in the scenario that it were not to materialize – which is, unfortunately, due to the politicization of the matter, not fanciful – an argument based on the particularized duty of loyalty may hold sufficient legal water.

Cedric Ryngaert is professor of public international law at the Utrecht University School of Law. 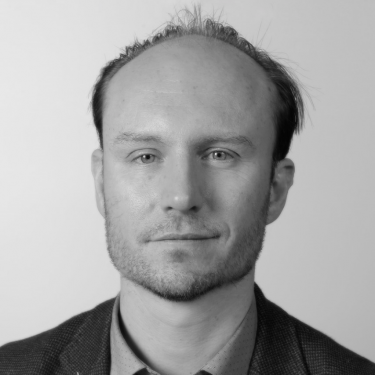