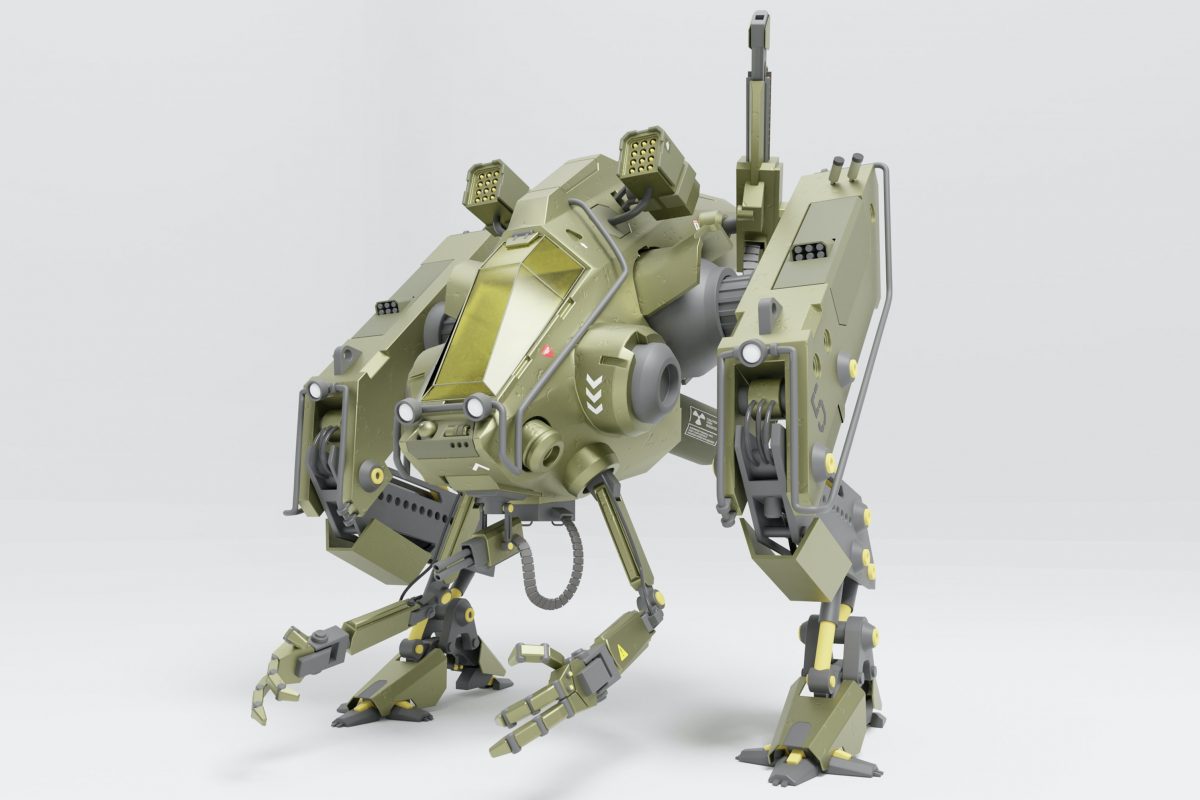 Photo by Michael Schiffer on Unsplash.

What Have the Recent UN Attempts to Regulate Lethal Autonomous Weapons Brought?

Lethal Autonomous Weapons Systems (LAWS) are no longer science fiction. They have already been deployed in real scenarios. According to the Panel of Experts on Libya established pursuant to United Nations Security Council resolution 1973, the Turkish STM Kargu II was used in Libya in 2020, and it was “programmed to attack targets without requiring data connectivity between the operator and the munition”. Experts also say that LAWS are likely to be deployed in the Russoukrainian conflict, if it does not come to an end soon. The challenge is that, despite international law being applicable, LAWS present unique features such as autonomy that are not regulated by any specific international law provision. Furthermore, LAWS might be deployed without disclosure of them operating in autonomous mode.

Considering the security, ethical, and juridical challenges that LAWS pose, the international community must urgently find paths to regulate them. The second session of the United Nations’ Group of Governmental Experts (GGE) on LAWS came to an end on 29 July 2022. This blog post argues that despite the slight progress achieved in the group’s final report, the meeting generated new momentum for fruitful discussions on the challenges posed by LAWS. The main breakthrough of the meeting was the statement that States’ internationally wrongful acts, including those potentially involving LAWS, give rise to their international responsibility. The meeting also brought up the importance of civil society participation, and we add to that the need to foster participation from universities from Latin America.

The Multilateral Debate on LAWS

Despite the lack of an internationally agreed-on definition, most LAWS concepts gravitate around weapons that, once activated, are capable of selecting and engaging targets without any further human intervention. In the multilateral debate, the GGE on LAWS works under the auspices of the Convention on Certain Conventional Weapons of 1980 (CCW) and has been formally discussing questions related to emerging technologies in the area of LAWS since 2017. The GGE on LAWS decisions requires consensus, a procedural feature that creates challenges since there are crucial interests from leading military powers at stake. And time and time again, diplomacy moves at a much slower pace than technological progress.

In 2019 the GGE on LAW adopted 11 general guiding principles. Although these were an important hallmark, they remained rather vague. Among them is a statement noting that international humanitarian law applies to LAWS. Another principle, for instance, requires retaining human responsibility for the use of LAWS, without indicating how this would be done in practice. During 2021 and the first semester of 2022 the GGE on LAWS was facing a crisis of credibility due to its failure to find a possible way forward in the global governance of LAWS, as States such as Russia abused the consensus rule, hampering any progress by withholding their support. In this context, in the first session of 2022, the GGE on LAWS was not even able to adopt an agenda as Russia repeatedly stated that it was being discriminated against, due to the challenges that their experts faced while trying to travel to Geneva as a consequence of Russia’s invasion of Ukraine.

New Momentum for the Discussion of LAWS

After sailing in choppy waters during the first 2022 session of the GGE on LAWS, the 2022 new chairman, Brazilian ambassador Flavio Damico, has managed to change the mood of the discussion. The second session of the GEE on LAWS (held from the 25th to the 29th of July 2022) is building a new momentum for a committed diplomatic debate. This shift is evidenced by the adoption of an agenda by the group on the first day, the substantial discussions on issues related to LAWS, and the written and oral proposals presented by many delegations. Fruitful diplomatic work and informal consultations between the two sessions seem to have been essential to changing the atmosphere.

States seem to diverge on the form of an outcome on LAWS, some proposing a legally binding instrument (Argentina, Ecuador, Costa Rica, Nigeria, Panama, the Philippines, Sierra Leone, and Uruguay submitted an alternative proposal of Draft Protocol VI, which embraced the idea of a legally binding instrument, and Chile and Mexico, voiced a similar position) others (such as Russia, US, UK, and Israel) oppose a legally binding document. However, there are relevant stances of convergence. One of them is a two-tiered approach: According to this approach some LAWS are deemed unacceptable and prohibited per se, while other LAWS require some sort of regulation. An additional issue concerns the question of what kind of human-machine interaction is required for the lawful use of LAWS, as States diverge on what this relation should look like. Aiming to foster agreement on these areas of possible convergence, the chair’s draft final report, which was based on the two-track approach, was debated by the GGE. On the floor, critics came from two extremes of a spectrum. On the one hand, States embracing the ‘legally binding instrument’ approach criticized the lack of a decisive step toward a legally binding document, whereas the States arguing that the existing legal framework suffices criticized the developments of the new report.

Introducing State Responsibility in the Context of LAWS

The statement on state responsibility was a positive innovation of the meeting and the main breakthrough of the final report. According to the adopted report:

“ (…) the Group recognized that every internationally wrongful act of a State, including those potentially involving weapons systems based on emerging technologies in the area of LAWS entails international responsibility of that State, in accordance with international law.”

The issue was seldomly raised in previous meetings, as the discussions traditionally focused on individual responsibility. Just before the second session, page 17 of UNIDIR’s resource paper on States’ proposals highlighted States’ responsibility. During the oral contributions, the issue was raised by Cuba and France and was also stressed in written contributions (such as in “Principles and Good Practices on Emerging Technologies in the Area of Lethal Autonomous Weapons Systems” proposed by Australia, Canada, Japan, the Republic of Korea, the United Kingdom and the United States, and “Roadmap Towards New Protocol on Autonomous Weapons Systems”, submitted by the delegations of Argentina, Costa Rica, Guatemala, Kazakhstan, Nigeria, Panama, Philippines, Sierra Leone, State of Palestine, Uruguay, and the Working paper submitted by the Non-Aligned Movement). State responsibility was expressed in paragraph 20 of the chair’s draft final report, which received great acceptance on the floor. Despite more ambitious proposals (such as Argentina’s suggestion for State responsibility for non-state actors) the group restricted itself to the said general remark on state responsibility. Recognition, even in such general terms, however, is an essential first step toward ensuring the implementation of state responsibility arising from breaches of international law in the context of LAWS.

There was a serious attempt from the Russian Federation and India to shield the participation of civil society, by raising issues of order. However, the chair assured their participation, supported by all delegations that took the floor on this matter. Civil society participation is key to providing expertise and a more democratic viewpoint to the GGE on LAWS. There were no Latin American universities participating in the second session of the GGE on LAWS. In this context, Latin American universities need to be more present in those discussions to provide a more diverse and, thus, legitimate range of perspectives.

We disagree with pessimistic views, such as Reaching Critical Will’s statement that “another hollowed out report, void of any meaningful conclusions or commitments, is adopted”. Despite earlier timid moves of the GGE on LAWS (which might have resulted from time constraints and attempts of authoritarian States to capture the process), our view is that the recent meeting boosted the energy for discussion on LAWS. After a crisis that hampered any progress, substantial discussions are regaining momentum at the GGE on LAWS. States presented concrete written and oral proposals and renewed the hope that multilateralism will prevail next year with concrete measures to regulate autonomous weapons. Civil society participation at the GGE on LAWS was reaffirmed, even though the Global South was not satisfactorily represented yet. Furthermore, the GGE on LAWS made an essential step toward the confrontation of state responsibility-related questions, in the context of LAWS. 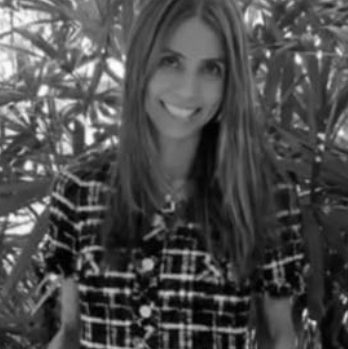 Lutiana Valadares Fernandes Barbosa is a Ph.D. Candidate in International Law at UFMG. Lutiana has been working at the Federal Public Defender in Brazil since 2010 and holds an LL.M from Columbia University (James Kent Scholar) and an LL.M from PUC-MG. 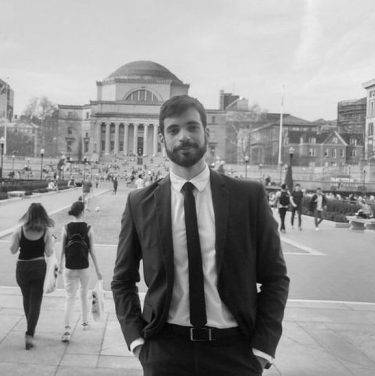 Gustavo Macedo is a post-doctoral researcher at the Institute of Advanced Studies of the University of São Paulo (IEA-USP).