The idea of BHR framework agreements appears equipped to respond to at least three challenges the practice of realizing human rights in our world are currently facing. The first one is that business actors – often but not always set up as legal entities in the form of large Multinational Corporations (MNCs) – are significant and increasingly powerful actors in today globalized economy. The second challenge is that human rights – while often referred to the defining idea of our time – are usually not self-fulfilling and are often susceptible to symbolic rather than substantive politics (Langford et al., 2015, Chapter 15). The third challenge is that the discipline and practice of regulation, most often understood as being distinct from the pursuit and implementation of rights, often plays a necessary if not sufficient role in the fulfilment of human rights (Morgan, 2011, Chapter 1). Taken together, these challenges ground a call for pragmatic action by our global public – however it may be defined and institutionalized (as long as it is inclusive of the African region) – to recognize and act upon this interactive field of BHR, working across different regulatory regimes including capable national scale economic regulatory bodies.

In his scholarly work, John Ruggie, a leading figure in this field, has pointed out that at the corporate group level of the corporate organization of firms the discipline of economics is more significant and influential than that of law. Law and many of its operative concepts and insight is crucial for understanding how to take on powerful economic actors. Given the prevalence of group structures of these corporate actors and especially regarding multinational, cross-border structures, Ruggie points us to take heed of the short arm of the law and the long arm of economics. With the increasing activities of MNCs as distinct from single firm MNCs, the powerful global actors – such as Big Tech – are collections of firms. Effective strategies pursuing improved human rights protection need to appreciate the changing forms of private market power within international law (cf. George, 2013).

This view may be somewhat counterintuitive, at least in a Global South or legal pluralist context where the legal personality of the corporation is most frequently (and increasingly convincingly) deconstructed to a smaller rather than a larger scale.

This growing awareness of the significance of the corporate group structure of MNCs, precisely supports preference of regulatory efforts which favour a formalized but not entirely legalized approach, in which economics (of the right(s) type) can find purchase and terrain upon which to operate. Competition policy is primarily concerned with economic activity, not with particular actors, and has long been used to grappling with claimed disjuncture between firm and group levels. This experience is for instance demonstrated in the competition law concept of the single economic entity doctrine. This doctrine recognizes that legal personas can sometimes be related so closely to each other that it would be formalistic and counterproductive to treat them as separate economic actors for purposes of competition law and its enforcement.

The OEIGWG Initiative for a conventional treaty currently being discussed at the UN does not adequately allow for what Goodman and Jinks refer to as acculturation approaches to influencing states (p. 638), depending rather on coercion and persuasion. Both these latter approaches have limited effectiveness. Moreover, the limited appetite for direct corporate liability indicates this treaty drafting is likely to be a long and hard slog. In light of this, the pragmatic and promising path to take is that of framework agreements.

One illustrative episode stems from the continuing transnational adjudication of African claims in American courts. The history and latest interpretation of the US Aliens Tort Act (ATA) indicates that the route to direct corporate liability will likely be long and winding. In the 2013 case of Kiobel v Royal Dutch Petroleum Company is one case in point. In this case the US Supreme Court limited the application of the ATA in the face of facts supporting allegations of corporate exploitation of communities in an oil-rich area of Nigeria. The long-running Khulamani case is another example as in this case concerning claims for reparations based on South African apartheid-era facts was dismissed in 2014. The establishment of direct corporate liability through a binding and well-implemented international human rights treaty is likely to face similarly potent legal counterarguments. Alternatively, creative and transnational lawyering, assisted by BHR framework agreements can achieve steps towards direct corporate liability as well as results of corporate accountability.

From Symbolic to Substantive Rights Fulfilment

We live in a time when the hegemony of human rights (Santos, B., & Rodríguez-Garavito, C. (2005), Chapter 1) itself is no longer unquestionable. Perhaps it is this very distance that allows us to reappraise critical arguments (such as African arguments made in both domestic and international registers) suggesting that existing debates and tools employed to enforce rights are inadequate. There seems to be new space to explore overlapping rights and regulatory global politics and to move from symbolic to substantive rights fulfilment. For instance, in the field of labour and employment rights, corporations are able to influence the very interpretation of the rights at issue. In fields such the environment and climate change, this influence may perhaps as often be greenwashing, as it will actually work towards a safer and healthier environment. What we see is legal and political space – constructed among regulators, business and other civil society actors, and courts – within which BHR framework agreements could work fruitfully and could find public- interest oriented allies. While BHR framework agreements have yet to demonstrate that they can avoid collapsing into greenwashing or capture, it is by no means certain that they will fall foul of these traps. Moreover, the skilful use of regulatory approaches by courts in the Global South can certainly assist. For instance, one South African court effectively protected a domestic energy regulatory body against a combined domestic and international effort to force it into a specific and apparent corrupt procurement by bolstering the regulator’s public participation requirements.

Pursuing Human Rights through the Politics of Rights and Regulation

Some will support the idea of BHR framework agreements because they see such a soft law instrument as an important complement to conventional human rights treaties. Agreed, yet only up to a point. Indeed, such agreements can channel and provide some laudable processes and functions of soft law. However, a more realistic and yet still positive assessment of the idea of framework agreements recognizes that – at times – soft law and hard law version of human rights will coexist. Soft law not only complements but also competes with hard law. Understood through a socio-legal lens on state interactions, both hard and soft law contribute to the formation of state interests, which of course may point in different directions.

What BHR framework agreements can do, just as the Montreal Protocol of 1987 accomplished in the area of climate change, is to establish top-down framework goals as well as enable implementation regimes with teeth to give direction to bottom-up invention, as Victor and Sabel argue in a different context. Design features of framework agreements at treaty level such as framework goals, regular monitoring and comprehensive reviews, and periodic adjustments can both enable and draw from problem solving at transnational and national levels. Regarding competition policy and economic regulation, these results are most probably and effectively accomplished within particular economic sectors.

Demonstrated by early work of Dubash and Morgan concentrating on India, the economic regulatory roles played by domestic courts and transnational private standard-setting institutions are both significant for socioeconomic rights in the Global South. There is a broader role here for courts in rights politics than in “pure” Bill of Rights adjudication. With its inherently interdisciplinary character competition policy – including in the African regional context growing institutions such as the African Competition Forum – is a domain of significant importance in the struggle for effective rights protection.

African competition law addresses problems otherwise considered in the BHR discourse in two modes: First, its interpretation and application of the key legal and economic doctrines guarding against rent-seeking and monitoring concentration in national economies has moved beyond a narrow philosophy of consumer welfare. As Bonakele and Kariuki, the chairs of two of Africa’s most mature and dynamic competition agencies, have put it:

“competition policy on the African continent has taken on a distinctly African flavour since its inception. Rather than securing market efficiencies alone, it has become clear that African competition policy seeks to address a range of socio-economic ills—such as inequality, unemployment, and poverty—as well.”

Second, many African competition regimes explicitly operate a public interest scrutiny process mainstreamed within, especially, their regulation of large firm mergers. For instance, the South African regime through a skilful interpretation led by its interdisciplinary Competition Tribunal. It runs a process where trade unions, other civil society actors, and statutory bodies can add value to the authorities’ determinations and can participate and give input on the likely impacts of a particular merger. This process specifically considers statutory factors that overlap with human right subject matter including the effects that the merger will have on a particular industrial sector or region, on employment, on black economic empowerment, and on the promotion of a greater spread of ownership throughout the economy. Other inquiry procedures specifically allow for participation by regulatory bodies.

The fast developing regime of African competition law thus addresses – albeit often indirectly – a range of problems beyond a narrow “pure competition” focus. As implemented by many national authorities, it does so through careful investigation of sectors and markets and through the subsequent exercise of considerable legal and economic policy adjudicative discretion. The success of these two modes working in tandem has given impetus to an increasingly insistent continental call for making markets work for Africa.

Putting into Practice the Idea of Human Rights: A Place for Competition Authorities in the Global South

BHR framework agreements arguably provide at least one form of the institutions needed at the macro level to discern and provide global justice. In our globalized and fast-changing world, they might actually serve as a counterpoint institution to what Lund has identified as “twilight institutions” and thus within what politically-oriented development scholars, studying claims to public authority and interest in the African region have identified as a key organizational niche.

This global effort can and should draw upon the growing regulatory density of African competition policy regimes, arguably led by, but hardly limited to Kenya and South Africa. Largely national but additionally regional in scope, these regimes have proliferated across the continent in the past two decades, as part of an emerging African network of economic regulators. African competition authorities have been recognized with a chapter in the ongoing and promising African regional integration initiative, centered around the African Continental Free Trade Agreement (AfCFTA). Competition policy has earned its own chapter and some of the world’s foremost scholars argue for greater institutionalization of these instruments in order to consolidate and amplify Africa’s global voice.

In the above understanding, BHR framework agreements can build upon and enable local impact of the UNGPs. The distinctive character of the African competition regulatory regime – allowing as it does for the pursuit of human rights goals including those of equity and social justice – demonstrates the potential for institutions of that regime to work with cognate approaches – such as BHR framework agreements – of pursuing and achieving human rights. 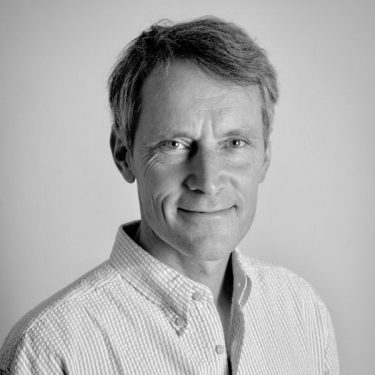