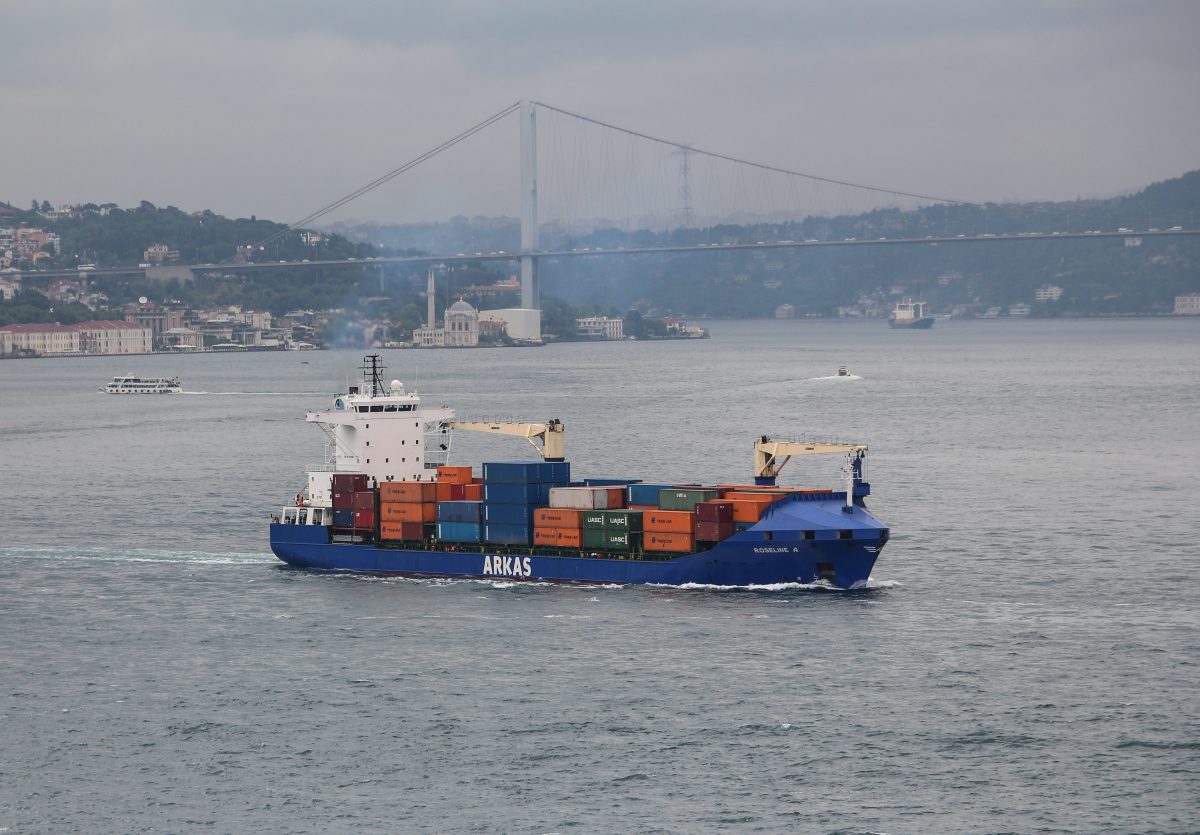 The M/V Roseline A incident

On 22 November 2020, roughly 200 kilometres off the coast of Libya, the Turkish-flagged cargo ship M/V Roseline A was intercepted by the German naval frigate Hamburg. Soldiers boarded the ship and began to search it for illegal arms. When Turkey objected to the investigation, the German soldiers left the vessel – without having found any weapons.

This investigation was part of EUNAVFOR MED IRINI (‘Operation IRINI’), which is the EU’s approach to enforcing the UN Security Council’s arms embargo on Libya and the Libyan Civil War. This embargo was established by Resolution 1970 (2011), with the subsequent Resolution 2292 (2016), recently renewed by Resolution 2526 (2020), being of particular relevance as it contains rules regarding the embargo’s maritime enforcement.

The M/V Roseline A incident caused a diplomatic, and possibly legal affair. It represents another element in the chain of events that have resulted in rising tensions between the EU and Turkey. Only recall the incident between France and Turkey in June, when a French frigate intended to investigate a Tanzanian-flagged vessel, but was allegedly hindered by three Turkish navy vessels escorting the ship, or the recent escalation of the maritime dispute between Turkey and Greece in the Aegean Sea.

Notwithstanding its political consequences, the M/V Roseline A incident raises legal questions regarding the legality of non-flag State interdiction.

The reactions to the incident

Turkey protested what it considers an “unauthorized and forceful act”, arguing that it was conducted without its consent and solely based on a “vague suspicion”. In Turkey’s view, Resolution 2292 (2016) does not overrule the requirement of consent for an interdiction. Moreover, Turkey once again disputed the neutrality of Operation IRINI, claiming that it supports the Libyan warlord Khalifa Haftar, while Turkey supports the Government of National Accord. Besides all the political turmoil, Turkey bases its argumentation for legal wrongfulness of the operation on two arguments: The lack of consent given by the Turkish administration and the invalidity of the suspicion.

Germany and Operation IRINI, on the other hand, claim that there were reasonable grounds to suspect a violation of the embargo by the M/V Roseline A. While conceding that Turkey did not respond to their “good faith efforts” to obtain Turkey’s consent, thereby confirming Turkey’s factual claim of never giving consent, they argue that this nonetheless results in the legality of the boarding based on “maritime practice”. In addition, Germany states that this lack of a response constitutes “tacit consent”.

On the lack of consent

Generally, ships on the high seas are only subject to the exclusive jurisdiction of the flag State as stated in Article 92(1) of the United Nations Convention on the Law of the Sea (‘UNCLOS’). This also applies to Turkey, which is not party to UNCLOS, as this Article represents customary international law. However, Article 92(1) UNCLOS allows for exceptions from this rule when they are provided for in international treaties or through ad hoc consent by the flag State. Consent, however, can only be established, not presumed (ILC, Art. 20, para. 6), with silence being commonly interpreted as a lack of consent (McLaughlin, 475). Since Turkey did not consent to the interdiction,  the authorization by a treaty was needed for the operation to be lawful.

Under UNCLOS, this could be achieved via the right of visit under Article 110 UNCLOS, also largely reflecting customary international law, as it allows warships to board and inspect a foreign ship under certain exhaustively listed circumstances, or when a treaty grants this right. However, neither is the violation of an arms embargo among the listed reasons, nor is there a treaty between Germany and Turkey that would allow for non-flag State interdiction without the additional requirement of consent in such situations.

The term “treaties” in Article 92(1) UNCLOS also includes the UN Charter and, by implication, legally binding acts authorized by the UN Charter such as Security Council Resolutions. Here, the relevant provision is para. 3 of Resolution 2292, pursuant to which States are authorized to

“inspect […] vessels bound to or from Libya which they have reasonable grounds to believe are carrying arms […] provided that those Member States make good-faith efforts to first obtain the consent of the vessel’s flag State prior to any inspections[…]”.

Ergo, explicit consent is no longer required, as “[g]ood-faith efforts to first obtain the consent” stipulate an obligation of conduct, not result (Corthay, 72). Nevertheless, it should be noted that the Resolution does not establish a presumption of “tacit consent”. Rather, it allows States to act without consent (cf. Papastavaridis, 64). However, while Germany’s suspension of the investigation following Turkey’s objection was perhaps the most diplomatic choice, it may not have been their only legal option. Considering para. 10 of Resolution 2292 (“whether or not cooperation was provided”) and the objective of a strict implementation of the arms embargo, it is possible to conclude that interdictions against the flag State’s objections are authorized (Talmon). Turkey’s statement regarding Resolution 2292 not overruling the requirement of consent is therefore at least misleading, if not incorrect.

“Good-faith efforts” are neither defined by Resolution 2292 (2016) nor any other resolution working with the term, hence, it is open to interpretation. The case in question does not concern the general nature of “good faith”, but rather when a State can proceed in “good faith” without consent as it gave the (non-)responding State an appropriate time to answer in relation to the urgency of the situation.

Looking at State practice for orientation, four hours seem like a common time frame for a response: For example, under the European Council’s Agreement on Illicit Traffic by Sea, a State’s request for consent to boarding to search for drugs shall be answered within four hours. This (or an even smaller) time frame can also be found in Article 8 of the 2005 Protocol to the Convention for the Suppression of Unlawful Acts against the Safety of Maritime Navigation and several bilateral treaties (see e.g. here).

Naturally, the question of whether there have been “good faith efforts” is precisely where all three depictions of the incident differ: While Germany claims that “good faith efforts” had been attempted four hours prior to the boarding, Operation IRINI stated that Turkey was given a “four hour notice” which was extended for an additional hour at the request of the Turkish embassy in Rome. The Turkish statement does not address whether such efforts had been made. It merely states that the M/V Roseline A was “hailed and interrogated” in the morning, while the boarding began at 17:45. The statement does not reveal what happened in between. However, in this article, Turkey states that its “written and oral messages” were ignored.

With these conflicting depictions, more detailed information is needed to assess with certainty whether Germany and the EU did undertake the required “good faith efforts” prior to the inspection.

On the validity of the suspicion

Again, this question comes down to a factual dispute. IRINI states that there was sufficient suspicion, Turkey contests this. Yet the German news agency DPA states that the vessel has already been monitored for quite a while based on a classified report and the German news magazine Spiegel cites IRINI military analysts, saying that surveillance footage indicated suspicious cargo being brought on board the M/V Roseline A.

However, the fact that no arms were found does not necessarily lead to the conclusion that the investigation was unfounded; the investigation only lasted until Turkey raised its objections, and even if a suspicion does not manifest itself, it is by its very nature an ex-ante assessment and thus independent from the “actual” ex post situation. Such assessments retain their value even in cases where they turn out to be false.

Resolution 2292 (2016) establishes a legal framework that allows Germany and Operation IRINI to act without Turkey’s consent and perhaps even against Turkey’s objection, if the discussed prerequisites are fulfilled. Assuming the factual display of the incident by Germany and Operation IRINI to be accurate, the interdiction of the M/V Roseline A was compatible with international law.

Politically, it remains to be seen how the complex situation in the Mediterranean evolves around the multiple maritime conflicts, the fragile truce in Libya, and last but most definitely not least the humanitarian crisis. 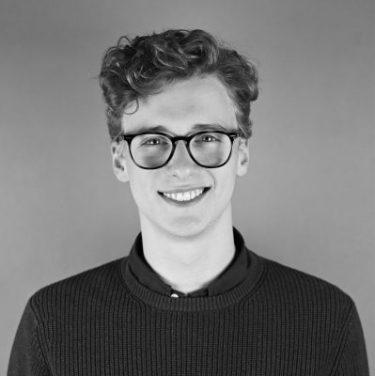