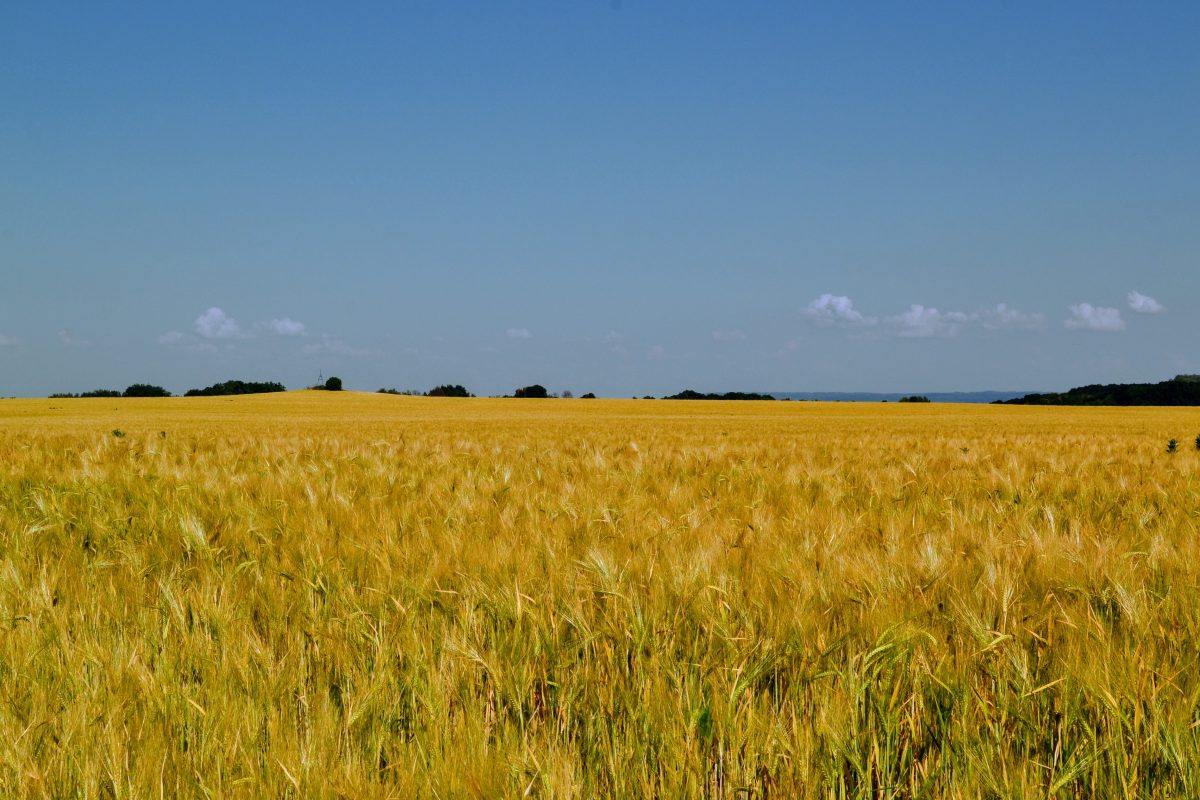 Photo by Eugene on Unsplash.

The ICJ’s Only Friend in Ukraine v. Russia

On the EU’s Memorial in the Case of Ukraine v. Russia before the ICJ

On 18 August 2022, the International Court of Justice (‘ICJ’ or ‘the Court’) issued a press statement announcing that the European Union (‘EU’ or the ‘Union’) had furnished the Court with ‘relevant information’ on the case of Ukraine v. Russia. The EU, which already offers Ukraine various forms of assistance (e.g. funding of lethal arms through the European Peace Facility), joins other states in formally engaging in the ICJ proceedings. This is part of a politically coordinated approach by 41 states and the EU, which was already announced in a joint declaration in May and July. However, the EU’s bit to this joint demarche would be the only amicus curiae contribution alongside the interventions of the other allies.

Admittedly, against the background of the ongoing war and of what is at stake, this seems a negligible aspect for Ukraine. So why would it even matter? That is because the EU’s memorial touches upon legal aspects that could set interesting precedents for the procedural practice before the ICJ and for the role of the High Representative of the Union for Foreign Affairs (‘HR’). Against this background, this blogpost briefly reflects on the legal conditions under which the EU can participate in the present case before the ICJ and, thus, identifies the permissible content and the authorship of the undisclosed EU’s memorial.

The Permissible Content of the Memorial According to the ICJ Statute

As the EU’s memorial has not been published by the Court, a look at the ICJ’s procedural rules may help to determine its permissible content.

Since the EU is neither a State nor a Party to the Genocide Convention, it cannot formally intervene under Articles 62 or 63 of the ICJ Statute. Nevertheless, as a public international organisation, the EU is free to submit information to the Court as amicus curiae under Article 34(2) of the ICJ Statute. Amicus curiae is a person who is neither a party nor an intervener to the lawsuit but petitions or is requested to file a brief in the action because that person has a strong interest in the subject matter. Accordingly, the Court may request or receive information that is relevant to the case by amici curiae.

To date, there are only two cases in which non-State actors have filed unsolicited briefs in contentious proceedings under Article 34(2) of the ICJ Statute; both of them have been rejected. Unfortunately, the Court gave little or no reasoning for its negative decisions. The first case concerned the submission of The League of the Rights of Man in the ‘Asylum Case’, which was probably rejected as it is not an inter-governmental organisation. The other was filed by the International Labour Organisation in the ‘South West Africa Case’ and the reason for its rejection could have been the inclusion of legal arguments in the brief, which exceeds the scope of Article 34(2) of the ICJ Statute.

The concept of ‘information’ itself is not defined in the procedural rules of the Court, nor is it defined in ICJ case-law. However, some understand the term ‘information’ under Article 34(2) of the ICJ Statute to mean the communication of knowledge in an objective manner, as opposed to the concept of ‘observation’ referenced in the Rules of Court which is closer to a subjective perception. Moreover, compared to interventions under Articles 62 and 63 ICJ Statute, it may be also argued that legal arguments in relation to a dispute are a privilege of the parties to the proceedings, the intervening parties and international organisations in the specific case of Article 34(3) of the Statute. The purpose of interventions is to protect essential rights of third parties that could be affected by the main proceedings, while amicus curiae briefs inform the Court regardless of any specific interest in the outcome of the proceedings.

On the other hand, the relevant case-law concerning amicus curiae briefs in advisory proceedings is more generous and thus seems to accept factual and legal information under Article 66(2) of the ICJ Statute. Given the specific purpose of advisory proceedings, it is, however, at least debatable to what extent this jurisprudence can be applied to Article 34(2) of the ICJ Statute.

Although there is no clear guidance on the interpretation of the term information under Article 34(2) of the ICJ Statute, there are indications that the content of the EU’s memorial is limited to factual information. Finally, even if its submission is part of a coordinated action in favour of Ukraine, the EU, in accordance with its role as amicus curiae under the Statute, must impartially provide the information to the Court, which could be a challenge in this case.

‘ITLOS’ Applies, Doesn’t It? The Tangle of the EU’s External Representation

The EU has a long experience as amicus curiae before international fora (cf. Frank Hoffmeister), but also an entangled system of external representation with the President of the European Council, the President of the Commission and the HR at the top. Although the role of the HR has been institutionally upgraded, in the day-to-day institutional life of the EU it can be sometimes seen as a mere ‘porte-parole’ of the Foreign Affairs Council. The Commission, on the other hand, has always played a more operational role in external relations (e.g. negotiating EU trade agreements). The present case, however, could be the first in which the HR represents the EU before an international court. This aspect is not particularly important from the ICJ’s perspective, but it could be an important precedent in the HR’s ambition to further define its constitutional role. This is all the more true, as it is not legally clear who should represent the Union in this case.

Since the European Court of Justice’ (‘ECJ’) judgement in case C-73/14 (‘ITLOS Case’, para. 58 and 59), some consider the question of the representation of the EU before (international) courts to be settled. Accordingly, the Commission acts on behalf of the EU before international courts pursuant to Article 335 of the Treaty of the Functioning of the European Union (‘TFEU’). In the present case, however, the question arising is whether Article 335 of the TFEU is applicable, since the proceedings concern the EU’s Common Foreign and Security Policy (‘CFSP’) and this area is excluded from the Commission’s general competences under Article 17(1) of the Treaty on European Union (‘TEU’).

At first glance, the interpretation of Article 335 TFEU by the ECJ in the ITLOS Case seems to be unambiguous, as it does not set any limits on judicial representation. That implies that the Commission represents the EU in courts irrespective of whether the matter is CFSP or non-CFSP. Nevertheless, the case-law concerned only judicial representation related to non-CFSP matters and is thus quite different from the present one. Therefore, it remains unclear whether the ITLOS judgement applies to this case.

Furthermore, after the reforms introduced by the Lisbon Treaty, CFSP continues to be defined by a reduced role of the ‘supranational institutions’ such as the Commission. This is the reason why Article 335 TFEU must be read in conjunction with Article 17(1) of the TEU. According to the sixth sentence of Article 17(1) of the TEU, the external representation of the EU by the Commission is limited to non-CFSP matters. It is therefore not at all clear that Article 335 TFEU and thus the dictum of the ‘ITLOS Case’ also applies to the sphere of CFSP. However, according to Article 27(2) of the TEU, the HR represents the EU in CFSP matters. To this end, the HR conducts political dialogue with third parties on behalf of the Union, represents the EU’s position in international organisations and acts on behalf of the EU in accordance with the mandate given to him/her by the Council. In the present case, it is therefore not inconceivable that the HR represents the Union before the ICJ and not the Commission. Either way, a Council decision is required mandating either the Commission or the HR to represent the EU before the ICJ, which unfortunately has not been published in this instance.

The number of interventions declared so far in the case Ukraine v. Russia is already of historic proportions. This concerted action can, therefore, be seen as a clear commitment to the rules-based international order and the institution of the ICJ as such. The concern of obstructing the entire procedure through such a ‘mass intervention’ was apparently not shared by Ukraine and the other intervening parties.

As part of this coalition before the ICJ, the EU can provide relevant information to the Court as amicus curiae under Article 34(2) of the ICJ Statute, thus assisting the ICJ and at the same time sending a signal of solidarity with Ukraine’s quest for justice. Considering that the EU is running a mission in Ukraine which, inter alia, assists the Ukrainian authorities in fact-finding, the provided information could be of particular value. Even if, the EU’s memorial itself does not contain any real added value compared to the interventions, it is at least of symbolic value in the case Ukraine v. Russia.

Furthermore, the present case could provide the HR with a rare opportunity to represent the Union before an international court, giving further contours to its role as external representative of the EU alongside the Commission. Either way, it is gratifying that the EU has decided, even under difficult procedural conditions, to support Ukraine before the ICJ and thus become visible within its (limited) possibilities as a foreign policy actor alongside other Western powers. However, whether the EU’s memorial and its content were admitted by the Court and which institution represented the Union in the process will probably only be publicly known after the ICJ has delivered its judgement. 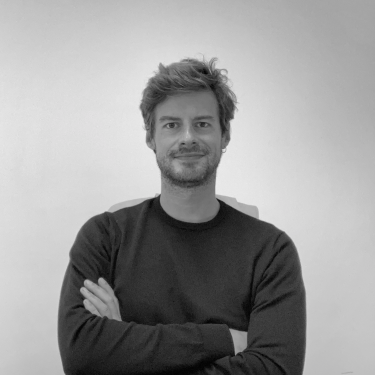 Alexander Melzer is a legal researcher at Redeker Sellner Dahs in Brussels.