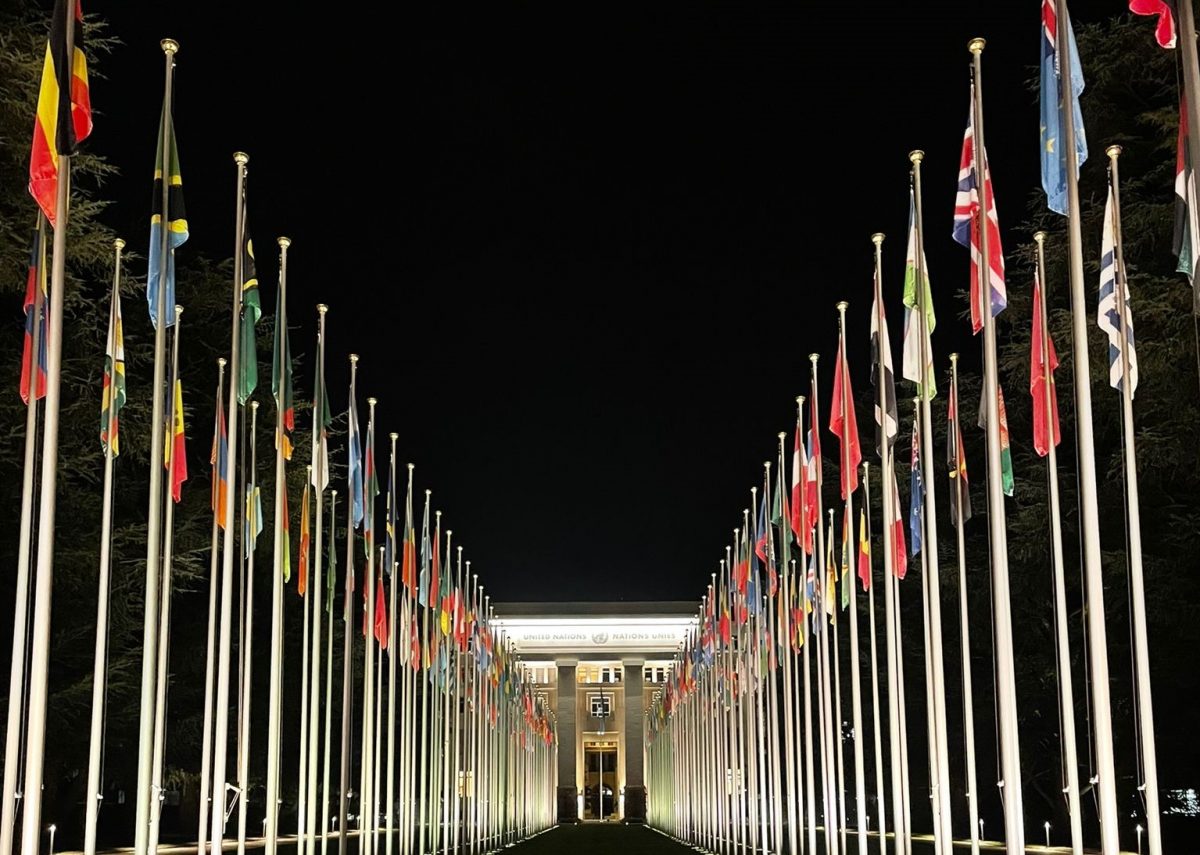 UN talks on Lethal Autonomous Weapon Systems (LAWS) have been ongoing since 2014. Regardless of intense academic engagement on the topic as well as civil society pressure, last year the Group of Governmental Experts (GGE) in the area of LAWS could not agree on any substantive recommendations for the Sixth Review Conference (RevCon) on the Convention on Certain Conventional Weapons (CCW) that took place in December. Subsequent media and NGO reports have described the outcome of the GGE and the RevCon as a “failure”, making “little headway” towards a path forward on the regulation of LAWS. Indeed, if a legally binding Protocol of the CCW on LAWS was the Holy Grail, recent diplomatic talks contributed little towards its discovery.

However, in this blogpost I propose a different view. Given that fully autonomous weapons are still in the development stage, a Sixth Protocol to the CCW would amount to pre-emptive regulation of a future weapon category that, within the CCW, has happened only once: in the case of blinding laser weapons (Protocol IV). Hence, a Protocol on LAWS ought not to be seen as the one and only Holy Grail worth chasing. Instead, stakeholders should be made aware of the plethora of instruments that can contribute to a law-abiding and ethical use of LAWS. In particular, I will shed light on the virtues of a “code of conduct” as well as a “Talinn Manual-like endeavour” specifying international law’s application to LAWS.

All 125 High Contracting Parties but also signatories to the CCW are invited to send designated experts in the field of LAWS to the GGE, which works under the consensus principle. The GGE has been convening since 2017 and achieved its so far most relevant “11 Guiding Principles on LAWS” in 2019. Meetings in 2020 were postponed amid the Covid-19 pandemic; thus, great expectations have been put into the 2021 GGE meetings relating to the elaboration of meaningful recommendations ahead of the Sixth CCW RevCon.

However, due to enormous disagreement among participants, the final GGE document contains merely procedural elements. Consequently, the Final Document of the RevCon does not add anything new to the area of LAWS; the GGE will reconvene in March and July 2022 for 10 days. Notably, both Russia and Cuba were hindering any progress on substantial recommendations at the end of the GGE by insisting on their diametrically opposed positions. While Russia only wanted to restate non-binding language, Cuba would only accept a mandate to negotiate a legally binding Protocol without anything in between. This binary view of both positions reflects a misguided picture of international law’s instruments to regulate a given issue.

Pre-emptive Arms Control in the CCW: An Unlikely Undertaking

Although a Protocol on LAWS would bear advantages, the historical development of the four CCW Protocols reflects how important precedence of atrocities is to achieve consensus, as a recent research paper by Article36 shows. The adoption of CCW and its first three Protocols in 1980 took place in view of the Second World War (1939-1945) and the Vietnam War (1955–1975). The latter led to public outrage about cruel weapons used, such as “Agent Orange”, bobby traps and napalm.

Protocol I bans weapons with non-detectable fragments, a non-existing weapon until today. Without sufficient military advantage, it was unsurprising that, unlike in the case of LAWS, this Protocol did not raise any concerns during the negotiations. Protocol II on Landmines, Booby-Traps and Other Devices is more complex. The original Protocol was only applicable in international armed conflict and did not fully ban the use of landmines. At the closure of the CWW’s First RevCon in 1996, the Protocol was amended and extended to non-international armed conflict, thus acquiring an increased scope. Protocol III prohibits incendiary weapons under certain qualifications, although it does not provide for a complete ban.

Protocol IV on blinding-laser weapons from 1996 differs from the previous weapon categories in so far as it pre-emptively regulated a new weapon category without historical precedence of atrocities committed with said type of weapon. Human Rights Watch used this example previously to show how preemptive action in the CCW framework is possible and might also work for LAWS. This analysis excludes, however, the full picture of the CCW, taking into account how the historical precedence of committed atrocities led to the outrage of public conscious and subsequently to the achievement of regulation in each CCW Protocol aside from laser-weapons.

As already highlighted by the international Panel on the Regulation of Autonomous Weapons (iPRAW), “[s]olely one international treaty might not suffice to tackle all the aspects and challenges that are presented by LAWS.” In particular, as Chengeta emphasises, the CCW’s focus on ius in bello (Art. 1 CCW) “cannot produce a comprehensive law” for uses of LAWS outside armed conflict, for example, law enforcement.

Given the unlikelihood of a binding treaty on LAWS arising soon, I propose to look beyond mere forms of hard law. As international organization theory suggests, “[s]oft law provides a basis for efficient international “contracts,” and it helps create normative “covenants” and discourses that can reshape international politics.” At the same time, one needs to be careful not to use soft law instruments that in reverse undermine existing hard law, letting both forms of law operate as “antagonists”. As Williamson correctly stresses, “[l]aw is no panacea for the problems that arms control seeks to address” because compliance is never guaranteed by law. He suggests that compliance with both hard and soft law is only high if contracting parties genuinely accept the rules.

Hence, when looking at LAWS, I suggest a twofold way in order to foster a shared understanding of the international community to internalise norms of responsible uses of those weapons: first, to stress the application of existing hard law, in particular International Humanitarian Law, where consensus in the GGE appears to emerge; second, to work on complementary forms of soft law to foster a common understanding and push for future hard law on LAWS.

The case of regulating landmines contains an important lesson for the regulation of LAWS. The original Protocol II from 1980 did not fully satisfy previous proposals made. At the First RevCon, Canada decided to initiate a process to fully ban mines outside the UN, culminating in the Ottawa Treaty. Initiating complementary discussions outside the UN in order to pressure progress within the UN could be the first step to change the deadlock in the LAWS negotiations.

Secondly, France and Germany recommended in 2017 that “a code of conduct providing politically binding set of rules for the development and use of future LAWS could be developed.” During the last GGE, the US delegation presented their version of a code of conduct. While the US admits that such a code would not be binding, it “could ultimately become a legally binding instrument.” An existing example of a code of conduct is the Montreux Document regarding private military and security companies, listing a number of good practice examples. Despite its non-binding nature, the fact that the ICRC was involved in the Montreux process gives the document authority and makes it a useful piece of work for practice. Working on a similar endeavour could be a second option for the GGE this year.

An additional step outside the CCW could be the involvement of legal experts in the drafting of a compendium about the specific international law requirements on LAWS, building upon the Guiding Principles, as suggested during the last GGE by several delegations. Daniele Amoroso’s monograph on “Autonomous Weapons Systems and International Law” from 2020 could serve as a good starting point for future discussions among a range of international experts, giving the compendium sufficiently necessary authority. In the cyberspace realm, the Tallinn Manuals have proved as a significant document on clarifying the rules of international law. Again, despite not being binding, the two existing manuals have served as an authority and helpful tool for policymakers to understand the international rules in cyberspace. Such a document bears the advantage of focusing on the existing legal framework already limiting the use of LAWS de lege lata, being less ideological than diplomatic discussions. In addition, such a document is technology-neutral and open for adaption according to future developments.

As the above analysis suggests, a legally binding CCW Protocol on LAWS should not be seen as the Holy Grail worth seeking because it does not guarantee ethical conduct. If we continued this one-way road, one might never discover the grail and conclude with the words of Philippe Sands that “International law never leads, it always follows”, as the history of CCW negotiations reflects.

Nevertheless, I propose a broader picture of international law, including soft law instruments that can achieve compliance with the law and pressure meaningful regulation of LAWS in the future. First, states willing to pursue a regulation on LAWS should seek fora outside the UN to increase pressure. Second, a code of conduct should be adopted by the GGE in 2022. Third, an academic initiative on the precise application of international law on LAWS, similar to the Tallinn Manuals, needs to be kicked off. 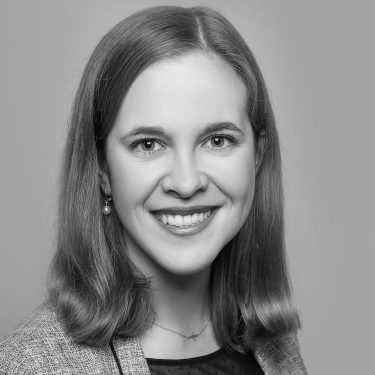 Vanessa Vohs (LL.M.) is a Research Assistant in the Project “international Panel on the Regulation of Autonomous Weapons” (iPRAW), managed by the German Institute for International and Security Affairs (SWP). Vanessa is also a member of the Working Group “Young Foreign Policy Experts” of the Konrad Adenauer Foundation and host of the German beginners in international law podcast “UNrecht” for the United Nations Association of Central Germany (DGVN).