An introduction to an emerging field of research

Announcing a “Youthquake”, Time Magazine rang the bell of change, declaring that a new generation is on its way to power. International legal scholarship, however, has not yet recognised this dynamic as an emerging field of research.

However, even coming to a reasonable definition of what constitutes “youth” is rather difficult. Youth is mostly understood as a period of transition from childhood to adulthood and one of physical, social and economic growth. The UN Security Council, for instance, defines “youth” as persons between the age of 18 and 29, whereas for statistical purposes, the UN General Assembly categorises persons between the age of 15 and 24 as “youth”. The Convention on the Rights of the Child (CRC), according to its Art. 1, generally applies to “every human being below the age of eighteen years […]”. Thus, although obviously referring to children, it thereby also covers a significant part of the age group that might be conceived as “the youth”. It comes without saying that regional and international organisations as well as their member states struggle to find a common denominator, too. Taking a less legal and more sociological perspective, the development of a person is very much connected to economic, political, and social factors. One biography hardly matches another. Yet, certain experiences and images come to mind when one hears the word “youth”. The independent progress study on youth, peace and security, “The missing peace”, found that young persons are often subject to stigmas and discrimination while, ironically, forming a very heterogeneous group. The definitions of youth are as diverse as the group itself.

While Klaus Schwab, founder of the World Economic Forum and 81 years old, claims that young people have the “right to be angry” and “deserve seats at the table”, international legal scholars still do not recognise young persons as a subject of theoretical research. While many different approaches to international law exist, interestingly, not a single one of them can explain the relationship between international law and young persons. Frustrating as this may be, it is also a chance for young people to develop a new way to look at international law from their unique perspective. Existing theories can form a rich ground for an emerging young critique. For instance, an aim of Third World Approaches to International Law (TWAIL) is to “understand, deconstruct, and unpack the uses of international law”. In doing so, hierarchies and power-structures are made visible and are being questioned. A young perspective has a similar objective: it wants to expose the disproportionate influence of the older and the exclusion of the younger generations. Feminism is of equal importance to this emerging field. Susan Harris Rimmer and Kate Ogg called for more participation of women in international law – not because this alone may realise a feminist agenda but because women make up around 50% of the world’s population. Meanwhile, 42% of the world’s population are under the age of 24. Using the argument of equality here, a young perspective must also question the status quo, claiming seats at every table. Combining these perspectives, the result is intersectionality. Anna Holzscheiter and Raffaela Kunz explore this element further.

One recurring observation during the course of the conference was the dichotomy that seems to exist between the comparatively well-developed system of international protection of children and youth on the one hand and the limited possibilities for their participation in international affairs on the other. Traditionally, children and youth have exclusively been understood as vulnerable rights holders in need of specific protection. A case in point is the situation of child soldiers in international law which Dilken Celebi analyses in her blog post. Although there has been a significant change of perception over time and children today are, at least formally, viewed not only as “protected objects”, but as actors with the right to have a say in all matters affecting them (Art. 12 CRC), overall, the protection dimension still seems to be the prevalent one. While it is of course necessary to further consolidate the protection of children and youth, it is also important to examine the potentially chilling effect the emphasis on protection has on young people’s participation in national and international decision-making. The CRC, for instance, has been praised as a milestone in the children’s rights development – quite rightly so, for all that it has helped achieve in the past three decades. The Convention should nevertheless be more critically evaluated with a focus on how to improve possibilities for young people to have a meaningful role in international politics and law-making. They should be perceived as what they are – actors in their own right. In their contribution, Franka Weckner and Laura Fischer will discuss the notion of youth as an actor in more detail.

While programmes for youth participation at an international level do exist (e.g. the UN Youth Delegate Programme), the degree to which participants are allowed meaningful influence on the decision-making processes is rather limited. The German Youth Delegate Programme, while offering participants comparatively far-reaching possibilities for participation, does not allow the Youth Delegates to contribute their perspectives in e.g. the drafting process of resolutions. However, they can deliver speeches before the General Assembly Third Committee and the Commission on Social Development (CSocD) as part of the official German delegation and advise delegation members on “issues concerning the youth”. Being a former Youth Delegate herself, Antonia Kuhn is ideally positioned to examine the influence of the Programme on international law-making in her blog post. What are “issues concerning the youth” though? Our impression is that the youth often gets assigned certain “soft” topics (e.g. social development), in which they are allowed to play a (rather limited) role, while still largely being excluded from participating in other, more sensitive areas such as international peace and security. On a more general note, one can observe that decisions in international politics and law-making are predominantly based on expertise, while the specific perspectives of those most affected by the decisions are often not adequately reflected in the decision-making processes. Of course, as is the case with the protection dimension discussed above, expertise should not be discarded, as it continues to be a necessary precondition for sound decision-making. However, in order to better legitimise decisions that will, for instance, disproportionately affect young people (e.g. adoption of (in-)effective climate change mitigation measures), a balance must be struck between expertise on the one hand and the perspective of the youth on the other.

While states and governments blush in the face of this dynamic, international legal scholarship should seize the moment. Not to replace politics, but to identify exclusive structures, to lay corresponding incentives and, consequently, to shape policies. Starting with this conference, young researchers are pursuing this line of thought, emphasising the necessity of generational justice. This approach holds the mirror to international law, revealing its old, wrinkly face.

Selin Dirik is a law student at Freie Universität Berlin and currently specialising in international law.

Julian Hettihewa graduated from Freie Universität Berlin this year. He specialised in international law at the University of Westminster and works as a student assistant at Völkerrechtsblog.

Lewis Wattenberg is a law student at Freie Universität Berlin and studied international law at the Sorbonne Law School (Paris 1). He works for the Federal Foreign Office and a law firm specialising in sustainable law.

The authors organised the conference “Jugend im Völkerrecht?” [Youth in international law?] and can be contacted at jugendimvoelkerrecht@rewiss.fu-berlin.de. 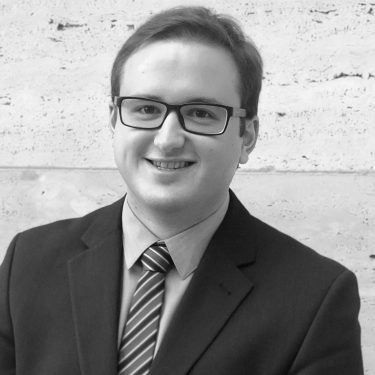