Messing with the mess we are in

German legal scholarship has a reputation for being quite orthodox. Amid doctrinal sophistication and positivist assumptions, however, lie hidden treasure islands of heterodoxy. One such island was the Transregional Academy on ‘Redistribution and the Law in an Antagonistic World’, organized by the Forum Transregionale Studien and a steering committee of legal academics based in the US, UK and Germany. The Academy explored different ways in which law shapes and regulates our globalized world. If we all agree that despite growing prosperity around the globe, there is a significant number of people from Bangalore to Berlin, and from Bogotá to Beijing, that feels disenfranchised, marginalized, and numb: What has the law to do with growing inequalities in the face of enormous capital accumulation? What’s the strategic leverage of having a privilege instead of a right? Is there power in ignorance? One thing can be said for sure: it’s become quite messy in the (legal and political) world out there.

The earthquake of disruption hasn’t stopped yet

Linguistically, however, the word ‘mess’ has not always had the meaning of a cluttered, unorganized state, but harks back to the Latin word ‘mittere’, which translates to sending something off or letting something go. We can easily ask ourselves what has been let go in our current international political and legal environment. The tidiness of national boarders infiltrated by transnational trade law? The hegemony of the United States within the institutional framework of international development finance? The normative empire of international law? 22 PhD students and academics from sixteen different countries and scholarly backgrounds ranging from law to anthropology, sociology, economics and political science embarked on a journey of critical interdisciplinary discourse, trying to shed some light on distributional questions and the role of law in times when the global order (once again) might be shifting. So far, however, the earthquake of disruption hasn’t stopped yet, which gives scholars the responsibility of playing a crucial role in analyzing, organizing and shaping the messiness that challenges our societies and nation states.

Who gets fed and who gets starved

Looking back, we can witness a shift away from what Saskia Sassen has framed as a ‘logic of inclusion’ after Word War II. This logic tried to bring the poor and marginalized into the political and economic mainstream. Through transnational economic integration, legal harmonization and formalization, and the tendency towards a more and more unipolar world order after the Cold War, the political narrative has strongly circulated around conceptions of human individualism and corporate economic growth, which has become a parameter for successful state policy making. Measures like austerity, deregulation, and scientification have pushed people toward the systemic edge of expulsion and left states as rule-takers instead of rule-makers. At the same time, strong assumptions about the Western concept of human rights, environmental protection and state organization are woven into our current thinking. Scholars and practitioners struggle to embrace alternative, possibly more effective ideas and fail to listen to the voices that usually don’t have a seat at the table where power is served. Interestingly, the word ‘mess’ in the 1300s also referred to a serving of liquid or pulpy food. Once again, we can ask ourselves who gets to eat ‘the mess’ of our times and bear the consequences? Who gets fed and who gets starved, and who gets to order the meal that is served to everyone else without consultation? To break it down: How can we change the menu, the food and the restaurant in order to diversify our options and increase the bargaining power of the disenfranchised?

The state has never been fully out of the picture

Inspired by critical scholarship readings and engaging discussions, the participants and guest speakers outlined several options to change the rules of the game. Miriam Saage-Maaß from the European Center for Constitutional and Human Rights Berlin and Ulf Buermeyer from the Gesellschaft für Freiheitsrechte e.V. uncovered the distributional potential of strategic litigation on the national and international level in the context of gender equality and labor protection cases. Yuefen Li from the South Centre and Brigitte Young from the Universität Münster emphasized the role of lawyers for transnational economic frameworks and institutional design. But what is the right platform to engage? Many questions critically assessed the role of the state in times of powerful international institutions and non-state actors, global corporations and alternative arenas of crisis management. In our findings, the state has never been fully out of the picture, but chooses to shape the background rules or separate the economic from the political in order to minimize contestation. This regularly happens by choice rather than by default. Shalini Randeria has conceptualized this as the ‘cunning state’, creating a category to overcome the common labeling of strong vs. weak states. The cunning state is a crucial actor for incorporating neoliberal policies to the national level and benefits from its perceived weakness, through which it manages not be held accountable by its citizens. The messiness can therefore be witnessed in several dimensions: the nation state against the international community and powerful non-state actors, the political against the economic, the individual against the collective.

What became clear is that law does play a role. Its enormous emancipatory potential and its capacity as an instrument of empire and oppression are two sides of the same coin. A first step could be to think about how we can frame issues differently to gain more traction. Because law and legal expertise is not enough. In order to really impact the rules of the game that currently push too many toward the systemic edge, we have to be scholars, professionals and citizens who take action and critically engage in discussions outside of our field and comfort zone. Eventually, this will contribute to a more and more heterodox and interdisciplinary German legal landscape and education in the future. 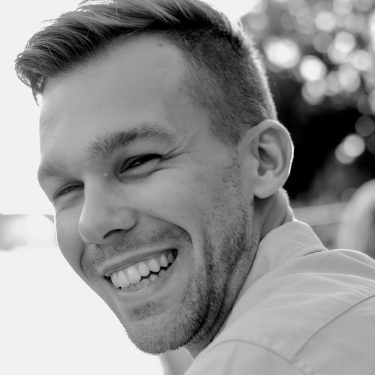