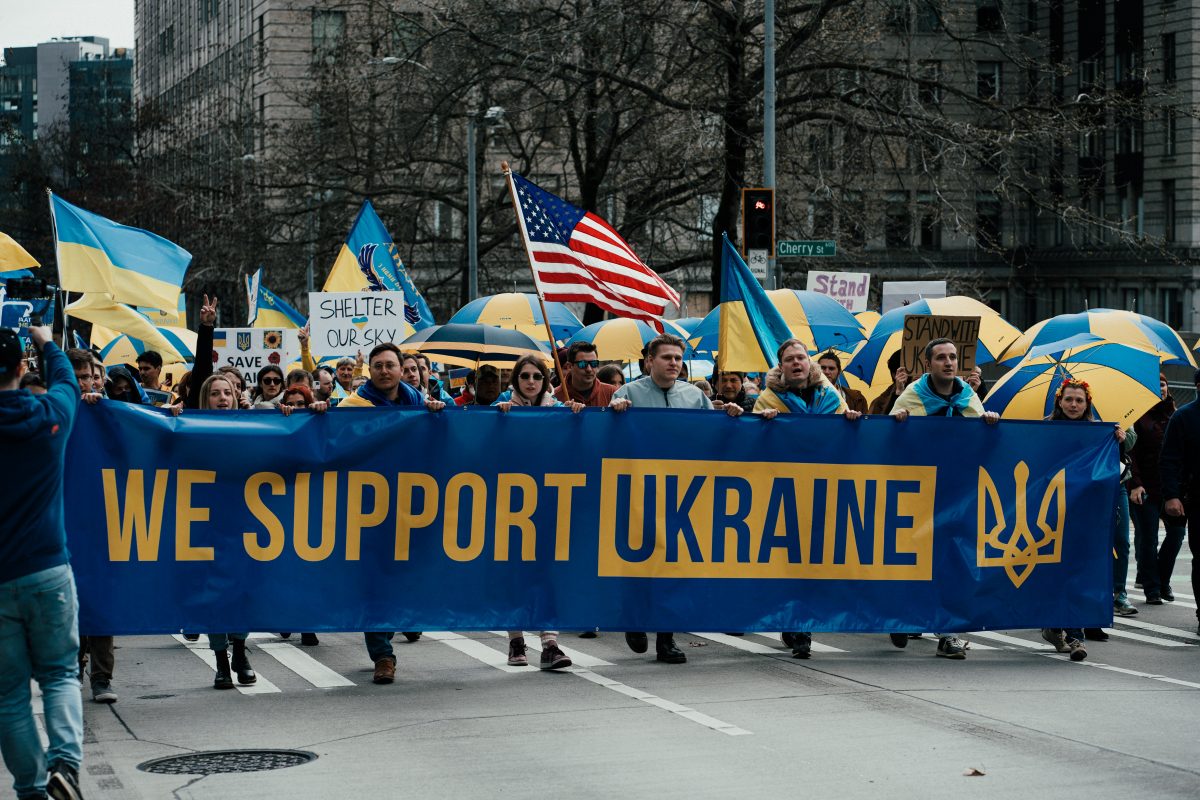 Photo by Remy Gieling on Unsplash.

Less a Wave Than a Tsunami

Procedural Implications for the ICJ of the Article 63 Interventions in Ukraine v. Russia

The International Court of Justice (ICJ) faces an unprecedented procedural situation in the Ukraine v. Russia case, as a result of the never-before-seen number of states intervening in the case pursuant to Article 63 of the Court’s Statute.

Before Russia had even filed its preliminary objections 17 states had filed declarations of intervention. The European Union (EU) has also furnished the Court with ‘relevant information’ pursuant to Article 34(2) of the Court’s Statute. The latest intervention at the time of writing came from Portugal, making 18 in total. So far.

This post addresses some of the procedural implications arising from this, with a particular focus on the management of oral proceedings. The Court will need to be wary that it does not allow the sheer weight of the number of interventions to overshadow the parties to the case.

While contentious proceedings before the Court are usually bilateral, the Statute in Article 63 grants a right to States to intervene in a contentious case when they are party to a multilateral treaty that will be interpreted in the Court’s judgment. Article 63 states, in full: “1. Whenever the construction of a convention to which states other than those concerned in the case are parties is in question, the Registrar shall notify all such states forthwith. 2. Every state so notified has the right to intervene in the proceedings; but if it uses this right, the construction given by the judgment will be equally binding upon it.”

Article 63 interventions are incidental proceedings, governed by procedures under Articles 81-86 of the Rules of Court. As an incidental proceeding, the original parties’ consent is not required to admit the intervenor to the proceedings; the Court’s competence derives directly from the Statute and can be exercised even in the face of opposition from the parties. Article 63 intervention results in a judgment that binds parties and intervenors alike.

However, although Article 63 intervention is a “right”, the Court retains the power to decide whether or not the conditions in Article 63 have been fulfilled, and thus whether an intervention is “admissible”. To that end, it is worth observing that every intervening state in Ukraine v. Russia has emphasized their “right” to intervene at this stage of the case and make submissions on questions of jurisdiction. It will be difficult for the Court, in the face of such overwhelming concurrence between states, to deny them the exercise of this right and declare the interventions premature and inadmissible, such as occurred in Military and Paramilitary Activities in and against Nicaragua, when the Court decided to reject El Salvador’s Article 63 declaration on the basis that application was untimely for being made in the jurisdictional phase of the proceedings.

Proceeding on the assumption that these declarations will be held admissible, the Court has never had to grapple with such a vast number of intervenors. In only one previous case have multiple states attempted to intervene at the same time. In the Request for an Examination of the Situation (New Zealand v. France) case, the Solomon Islands, the Federated States of Micronesia, the Marshall Islands, and Samoa all filed identically-worded interventions on the basis of both Article 63 and Article 62. Samoan diplomat Tuiloma Neroni Slade was appointed as Agent for all four States. On this basis, despite the somewhat awkward use of separate-but-identical written declarations, one can infer that the Pacific states would have been able to make a single set of observations during the oral proceedings. However, the Court took no action in respect of the interventions before the case was dismissed.

Management of the Oral Proceedings

As such, there is no precedent for the Court regarding how to manage multiple intervenors, particularly during the oral phase of proceedings. The Court’s Rules governing oral proceedings in Article 60(1) require that “oral statements made on behalf of each party shall be as succinct as possible within the limits of what is requisite for the adequate presentation of that party’s contentions at the hearing”. This is bolstered by the Court’s Practice Direction VI, which firmly requests “full compliance” with Article 60(1) regarding brevity in oral pleadings. It is to be noted that formally, these Rules only apply to the parties, which intervenors are not. However, there is no doubt that the Court will expect intervening States to adopt a similar rigorous attitude to verbosity.

“The intervening State shall be entitled, in the course of the oral proceedings, to submit its observations with respect to the subject-matter of the intervention.”

The language of this provision is mandatory. That is, if a state’s intervention is admissible, it has a right to make submissions during the oral proceedings. In the ordinary course, the Court holds two rounds of oral hearings for each stage of the case. That amounts to a minimum of four rounds of oral hearings: two for jurisdiction and two for merits (should we get there), plus potentially another two rounds in respect of the question of admissibility of the declarations. Further rounds of hearings are also on occasion held to address questions from the bench. Within each of those phases, two sets of oral argument by the parties are usually followed by one or two rounds of oral argument from the intervenors, followed again by the parties with their observations on the intervenor submissions. It is easy to see how, as noted by Brian McGarry, even a single intervention can ‘add months or even years to the life of a case’.

The Court is familiar with managing large numbers of states in hearings for Advisory Opinions. During the Legal Consequences of the Separation of the Chagos Archipelago from Mauritius in 1965 hearings no less than 22 states appeared, as well as representatives of the African Union. In standard advisory proceedings, there is a single round of hearings and the oral submissions are significantly shorter.

The problem for the Court in Ukraine v. Russia is that these case management principles cannot be adopted without due consideration for the fact that this is a contentious case between two main parties. In seeking to manage the sheer volume of intervenors, the Court cannot do away with the basic protections regarding the administration of justice in respect of the original parties. In advisory proceedings, there are no parties, so the Court is entitled to treat all states equally. In this case, there are formal parties, and a distinction should be drawn between them and the intervenors. For example, the Court cannot hold only a single round of hearings and thus deprive Ukraine and Russia of the opportunity to make their rejoinder to the other party’s submissions.

One means of addressing this situation could be to restrict the intervenors to one round of oral argument only, while the parties have the right to a second round of hearings to address their opponent’s arguments. A further potential mechanism includes asking the intervening states to make their submissions in concert, although so far only Spain, Germany, Sweden, Poland and Denmark have indicated their willingness to do so.

This leads to another issue; the requirement for the Court to ensure procedural fairness and equality of arms between the parties.

It is clear that all of the intervenors come in support of Ukraine. All argue that the Court has jurisdiction to make a negative declaration in favour of Ukraine, to the effect that Ukraine has not committed any acts of genocide. Many also make arguments regarding the merits of the case, including that the Genocide Convention does not permit Russia to use military force to either prevent or punish genocide. No intervenor makes a case in favour of Russia.

The Court has previously taken the view that intervention to support a party’s particular interpretation of the relevant treaty is permissible. In the most recent intervention admitted under Article 63, that of New Zealand in Whaling in the Antarctic, the Court confirmed that Article 63 interventions “cannot affect the equality of the parties to the dispute”, because the intervenor cannot acquire the status of a party.  Japan’s contention that Australia and New Zealand were, for all intents and purposes, parties in the same interest “pursuing what may in effect be a joint case” received minimal attention. Sweden, Australia, Spain, New Zealand, and Romania have each made this point in their declarations of intervention.

The present case tends to suggest that although intervention was not intended to be a mechanism for ‘taking sides’, Article 63 interventions can be a way for States to communally condemn breaches of international obligations deemed of sufficient importance. Arguably, it’s largely performative, with a reasonably small price to pay where the obligations in question are unlikely to be interpreted in ways that could adversely affect the intervening States future actions.

But for the respondent, it means being faced with what in practice is a 19-to-1 battle. In the interests of fairness, and its own institutional legitimacy, the Court needs to be conscious of this when making orders for the conduct of the case. It would seem unduly formal to merely declare that 18 one-sided Article 63 interventions could not affect the equality of the parties to the dispute, and leave it at that.

In conclusion, the Court will likely echo the Permanent Court of International Justice (PCIJ) in Mavrommatis when it said that: “[t]he Court, whose jurisdiction is international, is not bound to attach to matters of form the same degree of importance which they might possess in municipal law.” The Court has a certain amount of procedural flexibility, that it will no doubt rely on in this case. At the same time, however, the Court must ensure that the basic standards of procedural fairness are upheld in respect of the parties, no matter how many intervenors become involved. 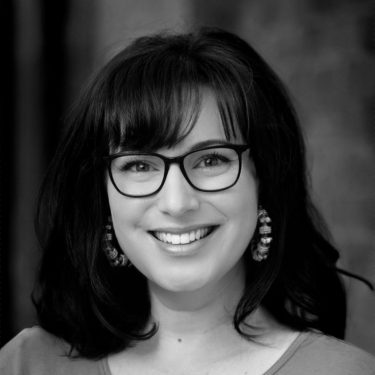