How Could International Law Have Been Otherwise? A Rejoinder

Our edited volume has asked a question that is deceptive in its simplicity: Could international law have been otherwise? One could expect the answer to be a resounding ‘yes’, given that no serious account is nowadays left that would consider legal developments to be somehow necessary. Of course, it is not so easy. The more one looks for contingency, the more it slips away, Michele Tedeschini exclaims in in his chapter to the volume. How could the law have been otherwise? What makes a difference? And how to show it? Those are some of the related key questions that the volumes’ contributions have tackled. Many of them testify to the challenges for any attempt that wants to turn a general claim of contingency into historically compelling narratives.

Behind every possibility for a different law stands a reason why the law developed as it did after all. When to stop looking? Late enough, I take the volume to teach, not to exaggerate possibilities that did not exist, and early enough not turn all historical inquiry into a vindication of fate. But even if the law could have been different for a moment, would it not have realigned with the interests and convictions of the powerful in the longue durée? Silvia Steininger and Jochen von Bernstorff offer but one example in their chapter to the volume. There was nothing necessary about the legal developments that turned corporate interests into human rights, they find, but it did certainly fit all too well with the increasing dominance of neo-liberalism. Other contributions tell a similar story.

Thinking about contingency simultaneously appeals to opposing critical sensibilities. It refuses to resign to reality and wants to show alternative possibilities of the past. At the same time, it wants to reveal the determining forces that have compelled the law down one path rather than another. The current blog symposium recognizes this duality and pulls us further into both directions. Thinking about contingency serves, as Doreen Lustig writes in her post, as a ‘mindset of resistance’ against surrendering to the present state of affairs. It also serves as a valuable aid in carving out causal accounts for how we got here, as Hirofumi Oguri expounds in his contribution. It pushes beyond surface explanations, especially those that ‘risk devolving into ratification of voluntarism’.

In the volume under review, Kevin Jon Heller and I placed contingency within the field of what is possible, bordered by necessity on one side and chance on the other. It lies between those sides, separated from them, and related to both, as Vidya Kumar now expands in her comment. The further we move to one side, the more the connection with the other becomes tenuous. Or a distinct terrain of contingency collapses altogether when the only alternative to necessity is chance. But it is precisely because of that suspense, that feeble space of freedom between chance and necessity, that thinking about contingency becomes productive.

Taking off into the first direction, some reviewers want to continue the work on beliefs about what is deemed to be an (im)possible alternative development of international law. Those beliefs have constrained actors and narrators alike, leading them to reproduce a dominant, Eurocentric view of what is (im)possible, as Mohsen al Attar wrote in his chapter to the volume. What is unrealistic for some may be entirely plausible for others, Justin Desautels-Stein also claimed in his chapter. Let’s think like a fool, Kanad Bagchi thus replies in his post.

Remaining tied to plausibility and adequate explanation may be all too conservative, as Adeel Hussain similarly agrees. He recommends Amanda Alexander’s engagement with Cixin Liu’s science fiction epic to get a sense of what an alternative international law might look like if it were not based on Western narratives or humanist thinking. Daydreaming might offer another avenue to get out of and beyond the strictures of plausibility, as Kathryn McNeilly showed in her chapter. If that’s not enough, there is great value in nonsense when it comes to subverting Eurocentric epistemology, as Mohsen al Attar suggested. Being foolish may help to break away from conservative strictures and to make those strictures visible in that same exercise.

All the entanglements of present consciousness, however, question the possibility of getting out of dominant patterns of knowledge. ‘[T]he challenge for contingency is not merely to undo or free us from a certain realm of inherited consciousness about the world,’ Bagchi rightly comments, ‘but to contest the cultural, racial and material constrains that shape and are shaped by international law.’ These prudent, sensical caveats gesture to the other side of contingency, but not without an important message: (im)possibility is not so much an attribute of legal developments in the past, present or future, but an expression of beliefs, dreams, and desires prevailing at any time.

The message is well received by those contributors to the present symposium who want to take us further into the direction of revealing the determining forces that have compelled the law down one path rather than another. Marx’s famous aphorism that people make their own history not as they please and under circumstances not chosen by themselves is a recurrent point of reference throughout the volume. Marx in fact wrote it in relation to mental constraints on action. ‘The tradition of all dead generations weights like a nightmare on the brain of the living’, he continued. While he might not have decried foolish thinking that wants to shed off that weight, he would have been sceptical that it is possible, or would go very far, without first attending to the structural, material conditions of action.

That those conditions can be transformed is the starting point of much Marxist theory. It is a finishing point too. For we can only speculate about what happens under new conditions. Oh, those fools who think to know. It may indeed be, as Marina Veličković argues in conversation with Umut Özsu’s chapter, that the law itself would wither away. And if the law is so structurally fraught with violence, she contends, we might indeed do better without it—a point that resonates with Ratna Kapur’s argument about constrictive rather than emancipatory human rights. Which future lies beyond the law?

While Veličković questions the possibility of emancipation through (international) law, Ntina Tzoulava amplifieschapters in the volume—especially those by Fleur Johns and Geoff Gordon—that doubt the emancipatory potential of thinking with contingency. Such thinking, she suggests, may not be so enchanting because, as a mode of critique, it might have been absorbed by the neo-liberal mantra ‘free to choose’ (Milton Friedman), which has paralleled the claim that ‘there is no alternative’ (Margaret Thatcher). But Friedman’s freedom to choose is of course an illusion, as I imagine Tzouvala would readily agree. It is only under such an illusion of free choice that Friedrich von Hayek equated contingency with chance. But that is not my understanding of contingency.

It would be an unproductive understanding, too. If thinking with contingency makes a modest contribution to the high-flying aim of emancipation, then I would see it in relation to strategies that can help to transform the conditions of action. That transformation does not just happen but requires strategies of social mobilization, whose likelihood and leverage, in turn, depend on many things, including the assertion, I would re-submit in line with Corinne Blalock, ‘that things can be different than they are in a world that constantly insists that there is no alternative’. More than that, thinking with contingency can orient strategies as it pushes explanations beyond the mantra of ‘freedom to choose’, or the international law equivalent of sovereign will. It gets to the reasons for why things turned out the way they did through the considerations of their alternatives, as Oguri argues in his post.

In conclusion, I want to add a thought that tends to go missing: If law is deemed to have some degree of autonomy, it must have its own reasons. That the law has a degree of autonomy can hardly be denied if one also accepts the now time-worn premise that law and society stand in a co-constitutive relationship. While that can mean many things or nothing at all, I do think that, as Lustig notes in her post, ‘it turns the table back on us, international lawyers.’

Something active is necessary to sustain a social reproduction of international law, something we are part of. If anything, we might have been still too timid in thinking of past and future possibilities. Perhaps not foolish enough. Or rather, still too tied to the strictures and basic structures of international law. For instance, until reading the best-selling ‘Afropean’ and, recently, ‘Freedom Time’, I did not know of federalist constructions and attempts to secure self-determination without state sovereignty in the turns of decolonization. This bears testimony to my own situated limitations. It also bears out the thought underlying the volume at issue: The past remains ripe with possibility, possibilities that wait to be realized.

Acknowledgments: I am immensely grateful to the editors of Völkerrechtsblog and Opinio Juris for putting up this engaging symposium and to all contributors for commenting so insightfully. I thank Wiebe Hommes, Andrea Leiter and, in particular, the volume’s co-editor, Kevin Jon Heller, for their feedback and continuous conversation on these topics. 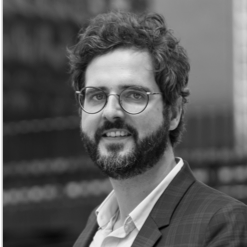