Contingency in the History of International Law?

At a time when overseas travel, in-person academic events, and mediocre conference food were still commonplace, I attended the conference in Amsterdam that forms the backdrop for this impressive volume. The event, organised by Ingo Venzke and Kevin Jon Heller, was lively, joyful, and not without controversy, which is the best a conference can be. Due to a series of contingencies (or perhaps, the necessity that is my inability to schedule realistically) I was unable to contribute to the publication. The comments that follow are, then, a combination of my conference remarks, a reaction to some of the book’s contributions and the expression of my own remorse for not being part of this monumental project. I am not using the adjective ‘monumental’ lightly. At 524 pages long, the thirty chapters of this book cover an astounding range of topics. Some contributions offer theoretical reflections on contingency as a critical move in international legal history (see: Venzke, Painter, Özsu, Johns, Gordon, Moyn). Others explore the potential and limitations of a contingency-centred historical sensibility in fields as diverse as investment law (Greeman, Ostřanský, El Boudouhi), human rights (Goldmann, Steininger & Jochen von Bernstorf, McNeilly), the law of the sea (Ranganathan, Elferink), or international humanitarian law (Alexander, Maganza, Mulder & Boyd van Dijk). In other words, even if one remains sceptical about the historiographical intervention of the editors, they will still appreciate this volume being one of the most comprehensive (if not the most comprehensive) volumes on critical international legal history to date.

Given the recent proliferation of historical work in international law this is no small feat. However, whether this volume will galvanise more contingency-attuned disciplinary histories remains to be seen. This is partly because a surprising number of the book’s contributors are themselves sceptical of the claim that international law could plausibly have been otherwise or even of the assumption that holding on to alternative possibilities in the history of international law is necessarily an intellectually and politically appealing move. I will pause here because this is remarkable in two ways. First, it is not very common for scholars to participate in a research project the basic premise of which they end up doubting so profoundly. Tedeschini, for instance, went looking for the contingencies of the Tadić case only to conclude that ‘no other bench, regardless of its composition as far as realistic possibilities for election are concerned, would have declared the Tribunal to have been illegally established by the Security Council.’ (p. 139). In looking for contingency, Tedeschini landed instead with its evil antagonist, structure, or even worse, determination. To make matters even worse, Johns and Gordon both doubted whether looking for contingency is such a noble pursuit in the first place, with the latter declaring that ‘the alchemy of turning failure into promise’ is simply the product of (liberal) humanism (p. 163). Painter, in turn, who is less openly sceptical of contingency-thinking still considered its resurgence as a symptom of other and deeper methodological disagreements, pertaining to context, authorial voice and disciplinary political economies (p. 59). The contingent character of whether we are collectively impressed by claims about contingency, then, raises a second question: why is it that critical international lawyers in 2021 seem much less uniformly enchanted with contingency than both academic historians (who have experienced a ‘misplaced mania for contingency’ in the words of Corey Robin) and critical legal historians of the 1980s US legal academy? Why is it that even Venzke offers in his introduction to this volume a much more measured account of contingency and its potential than his own earlier work on counterfactuals in international law? Thus, I want to turn Painter’s question to its head (p. 44) and ask ‘why not now’. In other words, why is it that the first comprehensive attempt to think about contingency in the history of international law was accompanied by such ambivalence about the intellectual and political value of contingency as a historiographical framework?

The book at hand raises this question and, happily, it can also help us answer it. Samuel Moyn opens his robust defence of contingency as follows: ‘Most of the metaphysical systems and social visions we know about have been necessitarian’ (p. 515). True as this may be, it does not answer the more pressing question: are the metaphysical systems and social visions of today necessitarian, thereby making contingency a theoretically and politically powerful move? Fleur Johns certainly doesn’t think so: ‘Many mechanisms of power that prevail on the global plane thrive on contingency, rather than negate it. It is not clear that drawing out unacknowledged contingencies in international law’s past can speak any kind of truth to this power’ (p. 42). For if one agrees that globalised neoliberal capitalism is still the order of the day, it is doubtful that the Thatcherite ‘There is No Alternative’ summarises both its ideological underpinnings and everyday workings better than the Friedmanian imperative ‘free to choose’. Paradoxically, in Moyn’s chapter Susan Marks occupies a much more central place as an antagonist than, say, Hayek, who is mentioned once and without citation (p. 517). This is despite the fact that the modern world and international law itself have been shaped much more decisively by the disciples of the latter than by those of the former and also that the latter was a theorist of contingency per excellence.

This is not at all to say that defenders of contingency are in some way neoliberals. However, it is to say that the valorisation of contingency in academia emerged as a response to two principal antagonists: a certain form of progressivist liberalism and Marxism. In trying to differentiate themselves from both Marxism and liberalism the anti-Marxist legal left resorted to ‘contingency’ as a rhetorical and methodological device of differentiation. In other words, the question is not whether contingency is a factually correct way of describing history (of course it is, some times), but the fact that never-ending invocations of contingency created a particular type of critical legal scholar, one who – if we rely on this volume – might not be so self-evident anymore. I suspect that this might be for two reasons: one that is discipline-specific and one that is much broader. First, in international law the valorisation of contingency is not as intuitively attractive because it goes against the centrality of TWAIL in critical circles, and especially the famous aphorism of Anghie that international law is imperialism all the way down. Simply put, if you have come to critical work out of a preoccupation with imperialism (or otherwise put, if you are a politically formative age around 2003), you did so through TWAIL of the Marxist and non-Marxist varieties and the obvious superiority of contingency-thinking has simply not been your entry point to critique: imperialism is a determinist force in TWAIL and this is what constitutes it as a distinct scholarly enterprise.

The broader reason is that neither Marxism nor liberalism are the antagonists they used to be in the 1980s thereby making contingency such an attractive identity-creating device. As Corinne Blalock has argued recently, CLS failed not because it did not have ‘solutions’, but because it misidentified liberal legalism as its enemy, at a time when it was being replaced by neoliberal forms of legal thinking. Even though critical work in international law continues to (disproportionately) focus on liberalism, I suspect that a collective, if implicit, understanding of neoliberal hegemony makes ‘choice’ and ‘contingency’ less appealing devices of critique than they were forty years ago. After all, neoliberals argued for the impossibility of the welfare state through the endless contingencies of individual interactions and valorised choice and happenstance over structure. It is the tyranny of endless choice, the obligation to choose, that constituted the social vision of neoliberalism, rather than some over-elaborate understanding of the structural limitations that capitalism poses on human action.

It is perhaps, then, less of a surprise that Marxism does not appear such a good antagonist either, even to those critical international lawyers who are not Marxists. The idealist explanation for this would be that contemporary Marxist scholars learnt from the mistakes of the past both in regard to determinism or in relationship to an overly narrow focus on class. There is some truth to this approach, to the extent, for example, that one of the few international lawyers paying attention to questions of race/ism before the present conjuncture has been a Marxist. The argument that Marxism is by definition mono-causal is just a little bit more difficult to sustain in light of the evidence. However, I suspect that this is a small part of the story. Instead, the combination of recurring capitalist crises (if you are around 35, this is the second major economic crisis of your adult life) and deterioration of the working conditions in academia have the potential of creating lawyerly subjectivities that are distinct from those of our ancestors and more tolerant to the problems of structuralism (I use the term loosely here).

But this risks paralysis, I hear both Moyn (p. 519) and Venzke (p. 6) retort. After all, one of the main selling points of contingency (besides nuance) is its promise of making change conceivable and action justifiable. However, to say that liberals, let alone Marxists, were paralysed because of their determinist theories, is to ignore the entirety of the 20th century and large parts of the 19th for good measure. Thinking that history is on one’s side is, of course, delusional, but it is also a great motivation. I suspect that if some progressive international lawyers have been feeling paralysed, determinism – let alone determination – is not to blame. Happily, the volume at hand indicates that this is a much smaller problem than previously assumed. 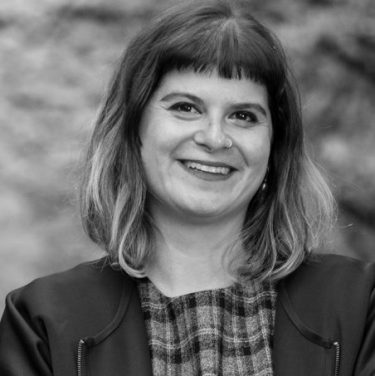 Dr Ntina Tzouvala is a Senior Lecturer at the ANU College of Law. Her work focuses on the history, theory and political economy of international law. Her first monograph, Capitalism as Civilisation: A History of International Law, was published by Cambridge University Press in 2020.