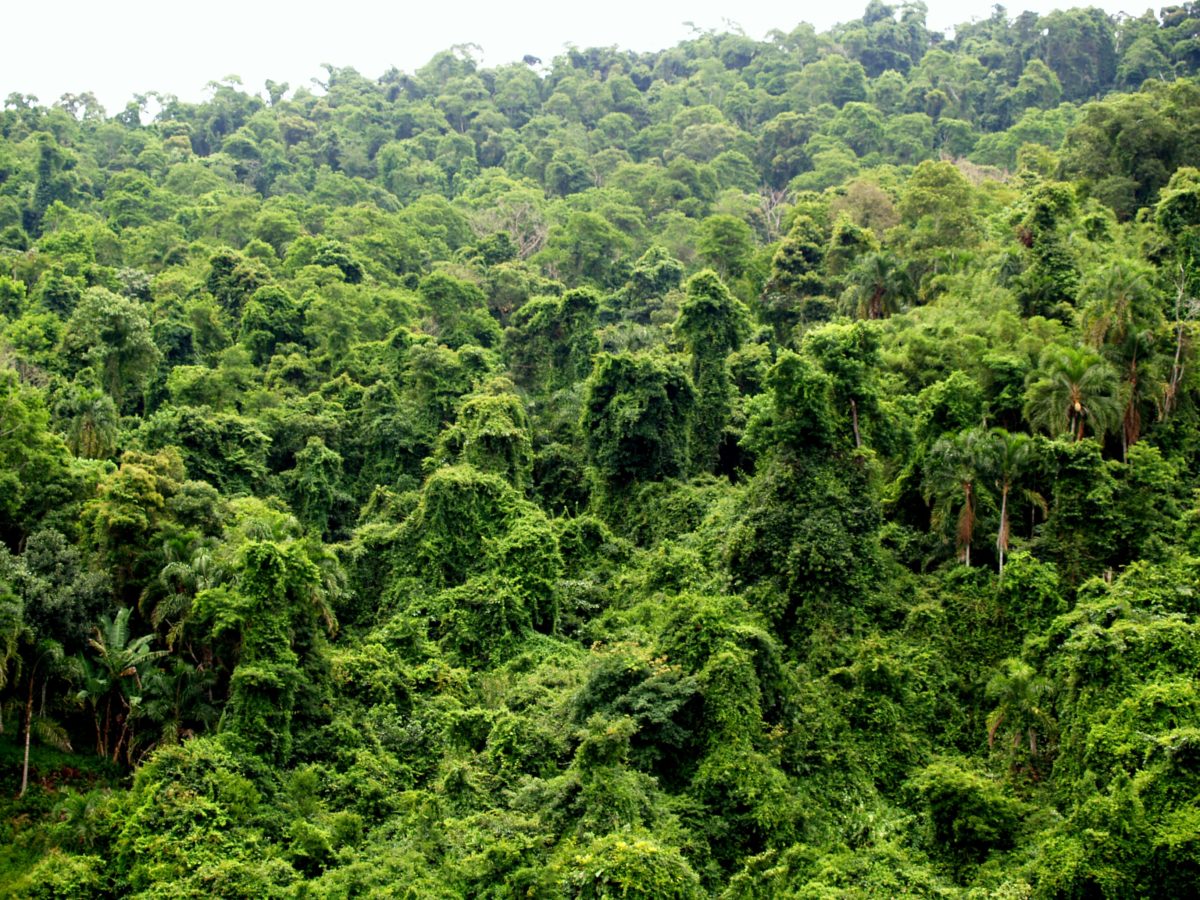 Formally abolished by law in 1888, slavery – in its modern forms – continues to exist in Brazil to this date. In 1995, the Brazilian State officially recognized this fact and has since then taken a variety of legislative and institutional measures to combat slave labour on its territory. Translating these measures into concrete change on the ground remains a challenge though and may be further complicated by the current political context in the country.

In this blogpost, we examine the issue through the lens of the Trabalhadores Fazenda Brasil Verde vs. Brazil decision and its implications at the domestic level. Handed down in October 2016, this judgment is the first one by the Inter-American Court of Human Rights (“IACtHR” or “the Court”) to address the issue of contemporary forms of slavery. After a brief summary of the facts of the case and the Court’s decision, we explore the current state of the decision’s implementation and place it in the context of some broader developments in Brazil.

Background and facts of the case

Trabalhadores Fazenda Brasil Verde vs. Brazil deals with practices of forced labour and debt bondage on a cattle ranch located in the municipality of Sapucaia, in the south of the State of Pará. The majority of the workers concerned were of African descent, coming from regions with high rates of poverty and analphabetism. Typically brought to the farms by recruitment agents on a promise of attractive wages, upon arrival workers faced a situation characterized by extremely low or no salaries, an insurmountable debt they were told to have incurred with the farmers, a prohibition to leave the farm under threat of death as well as a lack of decent food, housing, and sanitary conditions.

Following a series of complaints about slave labour, labour inspectors and other state authorities inspected the ranch in 1989, 1993 and 1996, however without major consequences for the owners. In 1997, an inspection, conducted after a complaint by two workers who had escaped from the farm, resulted in a criminal case being brought against the recruitment agent (“gato”), the manager, and the owner of the farm. The proceedings concerning the owner of the plantation were suspended in exchange of a financial contribution to a charitable purpose and were later terminated. The proceedings against the other defendants eventually became time-barred after lingering in court for almost 10 years. Three years later, another inspection, again following the escape of workers from the ranch, resulted in the rescue of more than 80 workers and led to civil and criminal charges against the ranch owner. While the civil law case was settled by a judicial agreement, the criminal charges were not further pursued after the records of the criminal proceedings had disappeared. The case was then brought before the Inter-American Commission on Human Rights in November 1998 which eventually submitted it to the Court in March 2015.

The Court found the Brazilian State to be in violation of the right not to be subjected to slavery, forced labour and human trafficking (Art. 6(1) and 6(2) ACHR), among several other rights (for more in-depth discussions of the Court’s ruling see here, here and here). In doing so, the Court adopted an updated understanding of the concept of slavery. The Court’s point of departure was the Slavery Convention of 1926, which defines slavery as the “status or condition of a person over whom any or all of the powers attaching to the right of ownership are exercised” (Art. 1(1) ACHR). The Court considered that the understanding of this term had evolved and was not restricted to legal ownership of a person. Instead, ‘ownership’ needed, in the Court’s view, to be understood as “the control exercised over a person that significantly restrains her in or deprives her of her individual freedom with the aim of exploitation through the use, management, benefit, transfer or disposal of a person” (para. 271). Besides, the Court also established for the first time that Article 6(1) ACHR also encompassed a prohibition of human trafficking (para. 289).

In line with its standing practice, the Court ordered a variety of reparations. In addition to the publication of the decision and payment of damages of close to five million USD, the Court required the State to reopen the criminal investigations and proceedings pertaining to the aforesaid incidents of 2000. The Brazilian State was also obligated to exclude offenses of slavery and its analogous forms from becoming time-barred by amending the relevant criminal law provisions (para. 455).

The current state of the decision’s implementation

While the Government has taken several steps to implement the judgment, serious challenges remain. This is true even for the seemingly straightforward payment of immaterial damages. In this regard, locating the victims listed in the decision represents a major difficulty. Until August 2018, the Brazilian Government had only located 61 of the 128 victims indicated by the Court. The last notice by the Ministry of Human Rights inviting the beneficiaries of the reparations under the decision to step forward was published on 18 August 2018.

Regarding the non-pecuniary measures ordered by the Court, an amendment to the Constitution was introduced in April 2017 to establish that the submission of a person to a condition analogous to slavery constitutes an imprescriptible crime. However, in December 2018 the proposal was put on hold due to the end of the legislative period and has to this date not been taken up.

Furthermore, the Public Federal Ministry reopened, in January 2018, the criminal investigation of the case against the owner of the Brasil Verde Farm. On 11 December of the same year, the 4th chamber of the Tribunal Regional Federal of the 1st Region rejected a legal action by the farm owner intended to prevent the reopening of the case. While the aforesaid constitutional amendment has yet to be adopted, the Tribunal held that the relevant criminal offenses could not be time-barred given that slavery constitutes a serious human rights violation (“graves violações de direitos humanos”). The Tribunal referred to a number of international law sources in this regard and particularly relied on the IACtHR’s Fazenda Brasil Verde decision. Also, the Tribunal highlighted the obligation of the Brazilian State to comply with the Court’s judgment. This decision represents an important step forward in terms of developing the Brazilian jurisprudence on the subject. It remains to be seen what results, if any, the proceedings against the farm owner will yield.

The Brazilian State has made some legislative and institutional progress in the fight against contemporary forms of slavery, including through the Special Mobile Inspection Group (Grupo Especial de Fiscalização Móvel) in 1995 and the National Plans for the Eradication of Slave Labour of 2003 and 2008. That being said, a need to strengthen the state agencies responsible for combating slave-like work persists (for a comprehensive review see here). In fact, their position is more fragile than ever. Among others, the Federal Public Ministry, one of the competent bodies for the prosecution of criminal cases against the perpetrators of the crime of slave labour, has been suffering from serious budget cuts. The same is true for the Special Mobile Inspection Group, whose budget had already been reduced by the preceding Temer Administration. The Bolsonaro Administration has furthermore dissolved the Ministry of Labor, with the labour inspection activities being transferred to the Ministry of Economic Affairs. During the first six months of 2019, only 66 inspections were carried out, which rescued 280 workers from conditions analogous to slavery. This compares poorly to the figures for any previous year ever since these statistics were published for the first time in 1995.

A key element in the fight against modern forms of slavery in Brazil is Article 243 of the Constitution, as modified by Constitutional Amendment 81/2014. Adopted after 19 years of parliamentary deliberations, this article now provides for the expropriation without compensation of any urban and rural properties where slave labour has been detected. This potentially “sharp sword” for sanctioning slavery is, however, not yet operational as the necessary implementing regulation has not been adopted to this date. Agreeing on what such an implementing regulation should look like has proven difficult. This is notably due to fierce opposition to it from the business sector, whose interests are strongly represented in the Brazilian Parliament through the so-called “Bancada Ruralista”. Unsurprisingly, there have been several attempts to use the implementing regulation to weaken the enforcement potential of Article 243 of the Constitution.

A number of domestic business actors have criticized Brazil’s anti-slavery legislation for a lack of clarity as to what constitutes conditions analogous to slavery, which, in their view, has led to major legal uncertainty for the private sector. In response to this, the Secretary of Labour Inspection (SIT/Mtb) published an interpretative guidance  in early 2018 that specified the relevant legal requirements and provided concrete examples. This has, however, not prevented President Bolsonaro from joining the business sector in arguing that the relevant provisions create undue obstacles for employers. This is to be seen in the context of Bolsonaro’s government program which endeavours “remov[ing] from the Constitution any relativization of private property”, giving the specific example of the aforesaid Constitutional Amendment 81/2014 relating to the expropriation in cases of slave labour.

The IACtHR’s decision in the case Trabalhadores Fazenda Brasil Verde vs. Brazil has provided much needed support to the fight against slave labour in Brazil. It has done so in particular by adopting a modern interpretation of the concept of slavery and by requiring a series of reparations some of which may have effects beyond the facts of the case. That being said, its implementation remains incomplete and the gains made in law and practice are constantly being threatened by policy initiatives pushed for by influential business groups with a strong power base in the Brazilian parliament. Given this difficult context, pressure from the Inter-American human rights system as well as from domestic and international civil society will continue to be vital for the struggle against modern forms of slavery in Brazil.

Franz Christian Ebert is a Research Fellow at the Max Planck Institute for Comparative Public Law and International Law in Heidelberg.

Luiza Soares Mariano Costa is an LL.M. student at the University of Leipzig.