Editorial #15: On “Weltschmerz” and the Fight against Impunity

The world is in crisis. These are maybe not the most encouraging words to start an editorial post with, but sometimes the overall feeling of exhaustion and utter disbelief in light of the state of the world needs to be expressed to its full extent. The German phrase “Weltschmerz” (adequately translated as “sadness or melancholy at the evils of the world” or “world-weariness”) seems to be able to sum up the feeling of most regarding the developments of the last couple of days – and, let us be honest here, months. The ongoing worldwide health crisis due to the COVID-19 pandemic (for our symposium on the matter see here) is now accompanied and overshadowed by a dramatic shift in the political dynamic between Russia and the West, Ukraine and its people being the target of President Putin’s aggression, in the middle of Europe, in the midst of democracy. In times like these, our thoughts are with the Ukrainian people and all human beings experiencing the devastating effects of war and limits of international law. (More on the legal implications of the war in the Ukraine see here and here on the blog.)

One could simply end the editorial on this point, turn off the news, curl into a little ball and wait for 2023 to come (as it has to get better, right?). But this is not how research and critical discourse work, or the Völkerrechtsblog operates. So, it might be worth looking at some developments or achievements in the last few months that show that the international community has not given up on the fight for justice and against impunity.

As also remarked (and critically assessed) by one of our blog posts, the number of domestic trials on the basis of universal jurisdiction has increased notably during the last years; two historic judgments were delivered by German courts alone. The Al-Khatib trial in Koblenz, which ended on the 13 January 2022, was the first trial worldwide to deal with the systematic torture in Syria in relation to members of the Assad regime. Although criticism concerning the proceedings and missed opportunities is indicated (see this blog post for an overview), the historic importance of the trial and its judgment is undeniable. A similar historic dimension is attributed to the judgment against Taha Al-J., who was sentenced to lifelong imprisonment by the Higher Regional Court Frankfurt, i.a. for a crime against humanity and genocide. The latter is of particular significance as it was the first time since ISIS started persecuting Yazidis in Northern Iraq seven years ago, that a court confirmed that the crimes committed against the Yazidis amount to genocide (as acknowledged by this article). The main hearing in the trial against the Syrian physician Alaa M., who is charged with i.a. crimes against humanity as he allegedly tortured and killed prisoners in Syrian military hospitals, started at the end of January. Several more cases in relation to the German Völkerstrafgesetzbuch (“Code of Crimes against International Law”) are in the pipeline of the Office of the Federal Prosecutor.

The International Criminal Court currently tries three cases at the trial stage (Al Hassan, Gicheru as well as Yekatom and Ngaïssona), the opening of two trials (Abd-Al-Rahman and Said) is scheduled for the course of this year. The hearing on the appeal of the former Ugandan child soldier Dominic Ongwen took place from the 14 to 18 February 2022 and the decision of the Appeals Chamber is expected in due course. Ongwen, a former commander of the Lord’s Resistance Army rebel group, was sentenced to 25 years imprisonment for a total of 61 crimes comprising crimes against humanity and war crimes in May last year. The appeal is considered extensive even by the Chamber itself as Ongwen’s defence team raised 90 grounds of appeal relating to the conviction as well as eleven grounds of appeal relating to the sentence. The implications of that are highlighted by the Court itself with the following words: “The appeal brought against the conviction is the largest ever considered by the Chamber, raising complex and novel issues.” It will be interesting to see how e.g. potentially raised issues regarding Ongwen’s status as a former child soldier impact the Chamber’s decision. Either way, the current numbers delivered on a ICC’s factsheet display the extent of ongoing investigations, situations and cases the Court is involved with, which shows that besides all the accurate criticism of international law in general – like from one of our authors – and regarding the Court’s prosecution policy, the ICC has a lot of plans for the year 2022.

Looking at the Ukraine situation it is noteworthy, that although the ICC Prosecutor emphasized the fact that currently “(…) given that neither Ukraine nor the Russian Federation are State Parties to the Rome Statute, the Court cannot exercise jurisdiction over this alleged crime [of aggression] in this situation (…)”, he did declare that his office will closely monitor the situation in the Ukraine. Due to the Ukraine accepting the jurisdiction of the ICC on 8 September 2015, the Office of the Prosecutor “may exercise its jurisdiction over and investigate any act of genocide, crime against humanity or war crime committed within the territory of Ukraine since 20 February 2014 onwards”. Maybe, this is far less than the international community wishes for in these dramatic hours but having the limitations of the ICC’s jurisdiction in mind, it is more than nothing.

Indeed, it is difficult to end on a positive note in times of war and when the feeling of helplessness that comes with the failing of diplomacy and peace keeping is prevailing. But for all that, the above-mentioned developments show that the fight against impunity is ongoing and has come a long way since the Nuremberg trials more than 75 years ago. The way the international community deals with international crimes and acts of war has changed. One might consider this a little beacon of hope. 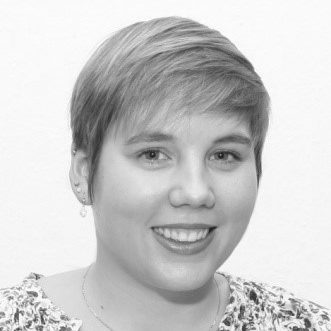