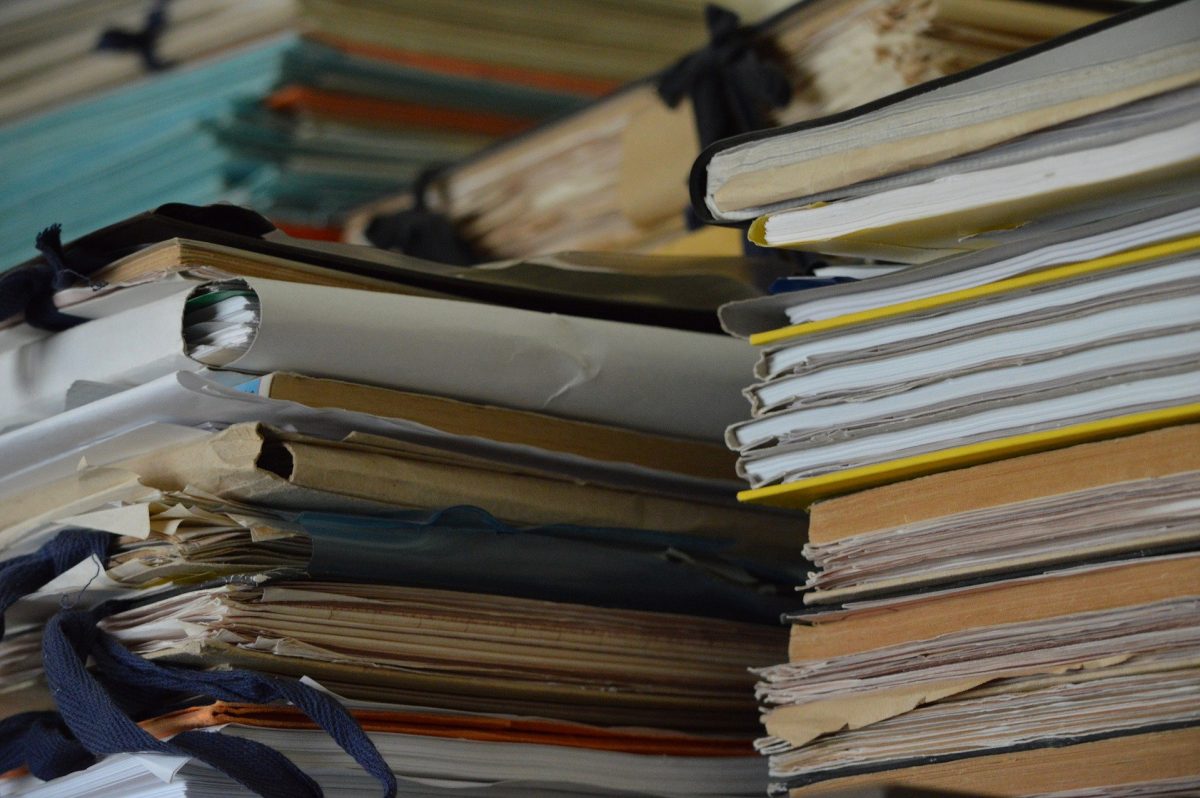 Photo by Mariann Szőke on Pixabay

Creating a framework for the prosecution of international crimes under universal jurisdiction is clearly worthwhile. But as the intervention by the German Constitutional Court (BVerfG) in the Syrian war crimes trial in Koblenz in favour of Arabic-language journalists shows, transparency and accountability might need to be taken more seriously. For universal jurisdiction to retain its legitimacy, domestic courts adjudicating international crimes need to become more sophisticated in applying procedural law and be better equipped to consider the interests of affected populations and of the wider international community.

The ongoing criminal trial of two former Syrian secret service members for crimes against humanity before the Higher Regional Court of Koblenz – referred to as “Al Khatib” after the Damascus neighbourhood of the detention facility where the alleged crimes took place – may be the first legal reckoning against Syrian government officials, but universal jurisdiction under the German Code of Crimes against International Law (VStGB) has previously been wielded by German courts, notably in response to the Yugoslavian conflict and in the FDLR case against members of a Rwandan militia in 2015 (a sentence later overturned by the German Federal Court of Justice (BGH)).

Establishing such mechanisms for international accountability is all very well; but to achieve more than just the punishment of individual acts, such mechanisms also need to be transparent vis-à-vis the individuals and the communities directly affected as well as providing means of participation and accountability with regards to the international community. Given the importance of the subject matter, the experience in Al Khatib so far, indicates that it may be necessary to go further than the VStGB and create a more tailored framework of procedural rules for universal jurisdiction trials in Germany.

Internationally, Germany is breaking new ground by prosecuting Syrian officials accused of crimes against humanity, murder, sexual assault, and rape. It is therefore regrettable that the Court – citing the protection of witnesses and fear of improper influence on statements – rejected the option to record the trial, which is theoretically possible under § 169(2) of the German Courts Constitution Act (GVG) „for academic or historical purposes if the relevant proceedings are of paramount significance for the contemporary history of the Federal Republic of Germany“. However, considering the Al Khatib trial’s historical significance for Syria, Germany, and the international community as a milestone of international criminal law, it begs the question as to why the Court could not opt for a compromise, and merely omit the testimony of the at-risk witnesses from the public record.

For obvious reasons, the trial has attracted a great deal of interest from the large community of Syrians in Europe. Throughout its course, and despite pandemic-related social distancing measures having reduced the number of available seats in the public gallery, Syrian journalists, bloggers, filmmakers, podcasters, human rights lawyers, and activists, have consistently attended the trial. Furthermore, the immediate vicinity of the Koblenz Court – the plaza in front of the courthouse as well as the adjacent park overlooked by the courtroom – has emerged as a platform for Syrian activists. In the early mornings, you might find a gallery of portraits of individuals having disappeared in the secret prisons of the Syrian intelligence agencies placed on the steps of the Court plaza and adorned with white roses. Interviews are conducted in front of this backdrop, and activists use them as a focal point to gain visibility towards the media and engage passers-by. In the park beneath the courtroom windows, Syrian artists at one point erected a crowd of scarecrow-like figures clad in the clothing of Syrian refugees, appearing to march towards the courtroom and facing the defendants in a further showcase of the trial’s resonance with those affected by the Syrian government.

However, German procedural law and court practice has frustrated attempts by trial observers in Koblenz to communicate the proceedings to a Syrian and Arabic-speaking audience, both in the Syrian diaspora as well as in Syria itself. The brief updates from the Higher Regional Court’s press office are published only in German and solely address organisational aspects, such as seating restrictions and scheduling. Instead, this gap is filled through trial monitoring by different groups such as SJAC or ECCHR, who publish summary reports about the proceedings.

This is due to the fact that the court follows the same procedure for international criminal cases as it does for domestic cases; and, indeed, Section 184 of the German Court Constitution Act (GVG) provides that “the language of the court shall be German”. This means that except for witnesses testifying in Arabic through an interpreter, the great majority of the trial is held exclusively in German. At the end, the Court’s verdict will be written exclusively in German; the Court is under no obligation to provide a translation of it. No transcript will emerge from the proceedings.

However, the German-language proceedings are translated live into Arabic by the two Court-appointed interpreters, which the defendants and private accessory prosecutors with access can listen to via headphones. They also translate Arabic-language witness statements into German for the Court to hear. However, up until the BVerfG’s order, only the formal parties to the trial could access the Arabic-language translation via headphones; the wider Syrian public in the gallery – the journalists, bloggers, activists, and spectators – could not. An absurd situation in light of the importance of the trial for Syrians and others in the region.

After the constitutional appeal of Arabic-language journalists to the BVerfG in Karlsruhe, its 18 August 2020 order now provides (some) relief. After weighing the relationship between the constitutionally protected organisational autonomy of the Koblenz Court against the right to equality before the law and the freedom of the press on the other and stressing the Koblenz Court’s broad latitude in managing organisational aspects of the trial, the BVerfG issued a preliminary injunction to the Koblenz Court to provide access to the Arabic translation for accredited Arabic-language journalists. The BVerfG based this on the recognition of the particularity of this trial – the fact that “the Federal Republic of Germany claims a jurisdiction for itself here, which would not exist according to general principles, but which is due precisely to the special character of the crimes in question, which affect the international community as a whole” and that most of the concerned individuals were Syrian nationals, before deciding that a violation of the constitutional requirements could not be obviously ruled out with regard to the complainant journalists.

This development has, however, not exactly been helpful; to the authors‘ knowledge, no accredited journalists – whose number has been kept low by social distancing measures in the courthouse and the necessity to register before the trial began in April – have invoked it thus far, therefore stripping the BVerfG’s order of any practical effect at least for the time being.

The Al Khatib case ties into an older debate on the necessity and suitability of a German International Criminal Procedure Code („VStPO“) to complement the VStGB. But even without a VStPO, courts could make more sophisticated use of the instruments already at their disposal, such as allowing for recordings and translations. Without such measures, Germany’s ability to claim to enforce international criminal law and act as a representative of the international community is weakened, as is the underlying idea that it is the international community itself that is affected by crimes such as those in front of the court in Koblenz. And by handling proceedings such as Al Khatib without enough appreciation for their historical significance, the Syrian war crimes trial in Koblenz risks forgetting the one thing that is perhaps more important than the individual sentences at the end – the symbolic importance of the trial itself in the ongoing struggle against impunity.

The authors have been observing the proceedings from the public gallery in Koblenz since April 2020 in the framework of a cooperation between Clifford Chance and Human Rights Watch’s International Justice Program. 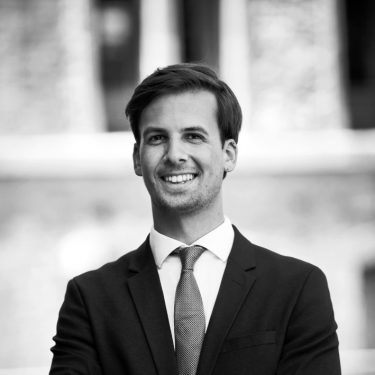 Alexander Dünkelsbühler is a doctoral candidate at the University of Cologne’s Faculty of Law and a legal clerk at the Higher Regional Court of Frankfurt. 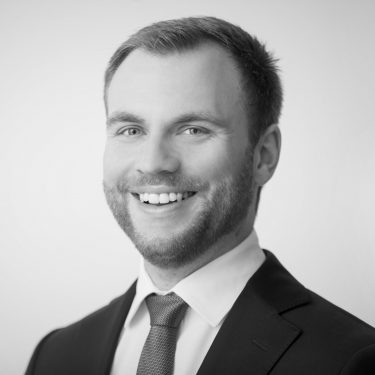 Alexander Suttor is an assessor of law. 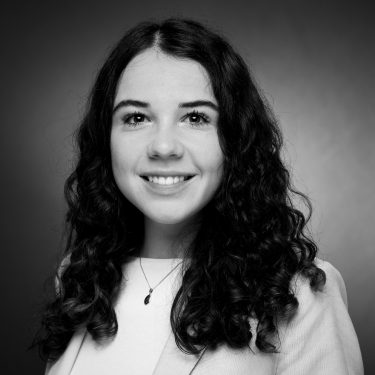 Lea Borger is a legal clerk at the Higher Regional Court of Frankfurt.