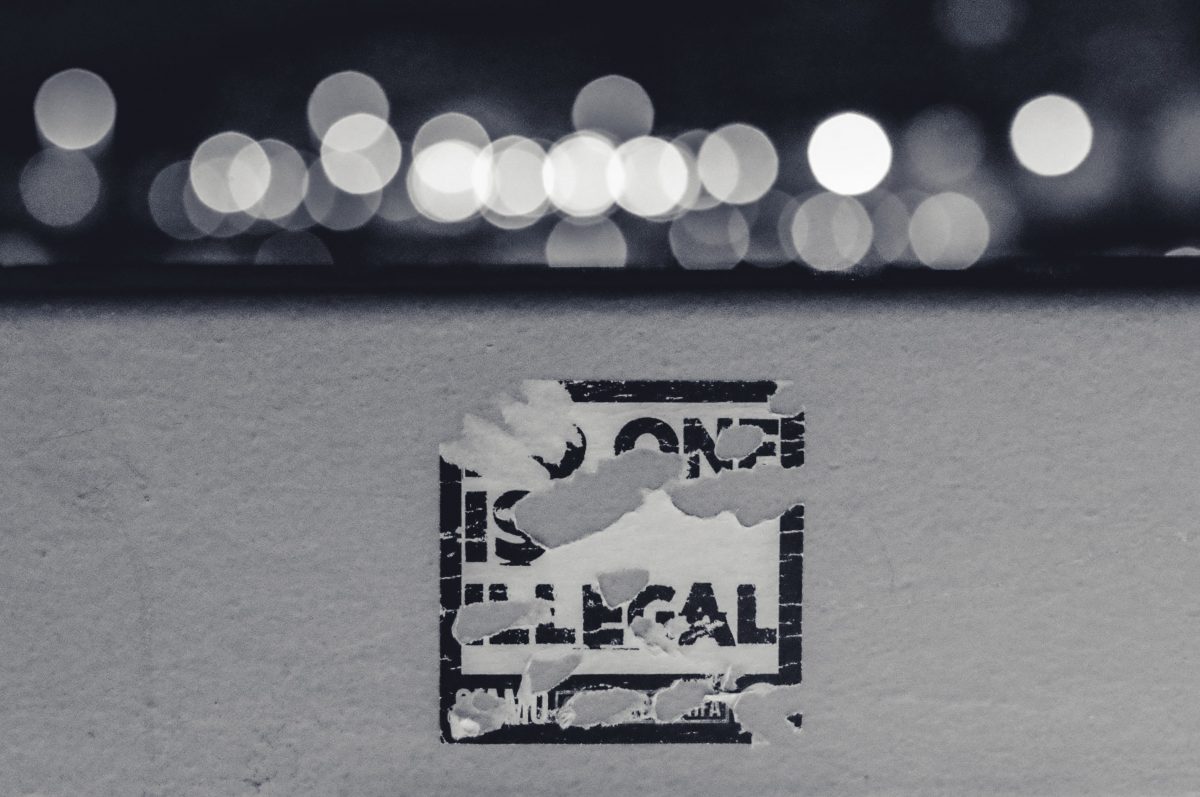 Photo by ev on Unsplash.

What Do We Do with the Non-‘White, Blonde, Blue-Eyed’ Asylum Seekers?

Following the Russian invasion, it is estimated that over 6 million persons have fled Ukraine. Although this number is significantly higher than any other refugee wave reaching the EU since 2011, States have left previous characterisations of such refugee waves as ‘invasions’ aside and have made their very best effort to accommodate these new protection seekers’ movements. Unlike last fall, when European States were flagrantly neglecting their obligation to admit protection seekers fleeing Afghanistan, this time States have stressed how important it is to help persons fleeing Ukraine regardless of their numbers.

Soon, journalists and state representatives dressed this discriminatory attitude with justifications: Ukrainian refugees are not like other asylum-seekers; they are ‘white, blonde, blue-eyed’; they ‘dress like us and they pray like us’; they come from a neighbouring, civilized State in Europe. Against this background, the present blog post purports to highlight the scope of the States’ obligation to admit prospective asylum seekers into their territory and to underline the invalidity of States’ argued justifications for the differentiated standards that they have adopted toward the admission of those fleeing Ukraine on the one hand, and those fleeing other States on the other.

Originally, the obligation to admit prospective asylum-seekers was viewed as contradictory to the states’ sovereign right to admit into their territory only such persons as they deem advisable (Boed, p. 5). Nowadays, however, it has been widely acknowledged – in both theory and jurisprudence – that non-refoulement gives rise to a positive obligation that requires States to admit prospective asylum-seekers in their territory with the aim of granting them access to asylum procedures and assessing the risks faced upon their removal (Graf and Katsoni, pp. 155-157).

Indeed, the textual, contextual, systemic and teleological interpretation of non-refoulement provisions has led scholars to the conclusion that under non-refoulement, States are required to allow asylum-seekers to enter their territory with the aim of facilitating the submission and assessment of their asylum applications (Salerno, p. 502; Kälin, Caroni and Heim, p. 1363; Graf and Katsoni, pp. 156-157). And similarly, the Inter-American Commission of Human Rights (para. 25), the Committee on the Rights of the Child (para. 14.4), and the European Court of Human Rights (para. 179) have all expressly upheld that the prohibition of refoulement entails an obligation of admission.

On a positive note, one could say that States have fortunately fulfilled this obligation vis-à-vis persons fleeing Ukraine. On the other hand, as has been already noted, this has not been the case with protection seekers fleeing other States. In fact, behind the discriminatory remarks made by state representatives, one can trace an attempt to legally justify these flagrantly differentiated – and let’s call them as they are –discriminatory approaches.

The Legal(istic) Justifications Employed by States

This legal justification attempt has been perfectly depicted in Austrian Chancellor Karl Nehammer’s statements. In sharp contrast with what he stressed with regard to protection seekers fleeing Afghanistan last fall, for the resettlement of whom Austria was not an option, he clarified that ‘[i]t’s different in Ukraine than in countries like Afghanistan’; ‘[w]e’re talking about neighbourhood help’.

Mitarakis, the Greek Minister of Migration and Asylum, followed the same line of justification, adding an explicit legal tone thereto. Precisely, he referred to persons fleeing Ukraine as ‘true refugees’, given that Ukraine shares a border with the EU. According to Mitarakis, as persons fleeing Ukraine come straight from an invaded country into EU territory, the EU States are required to admit them. He further distinguished these ‘true refugees’ from asylum seekers, ‘who come from distant countries and continents, after passing by one or more safe countries – in violation of Article 31 of the Geneva Convention – and then enter the EU’. According to Mitarakis only those that enter the state, where they seek asylum, directly after fleeing the State of danger are owed admission under international law. In other words, the legal argument put forward as a justification for the discriminatory admissions between persons fleeing Ukraine and the others is the one of Ukraine’s geographical proximity to EU States.

This line of argumentation is not new. Mitarakis had already put forward the same line of argumentation with regard to the non-admission of protection seekers fleeing Afghanistan last fall. Then he mentioned that as Greece is not a neighbouring state to Afghanistan, it is not obliged to admit prospective asylum-seekers therefrom. Similarly, other States have also relied on this argument to excuse asylum externalisation practices and ‘first country of asylum’ or ‘safe third country’ policies. The following section will legally assess the merit of this argument.

The basis of this geographical proximity argument, which supposedly justifies discriminatory admissions, is the textual interpretation of the non-penalisation principle provided in Article 31 of the Refugee Convention, which holds that ‘[t]he Contracting States shall not impose penalties, on account of their illegal entry or presence, on refugees who, coming directly from a territory where their life or freedom was threatened in the sense of article 1, enter or are present in their territory without authorization, provided they present themselves without delay to the authorities and show good cause for their illegal entry or presence’ [emphasis added].

What this primary emphasis on the provision’s wording neglects, however, is all other customary interpretative tools enshrined in the Vienna Convention on the Law of the Treaties. Indeed, it overlooks the purpose of the provision, which solely seeks to introduce the benefit of non‐penalization in the Refugee Convention and not to impose a requirement that asylum seekers need to file an asylum claim in a particular country (Costello, Ioffe and Büchsel, pp. 19-20). As Noll puts it, ‘a provision to that effect would have had to take a very different form and is simply absent from the Refugee Convention’ (Noll, p. 1254).  In fact, the preambular reference of the convention to international cooperation and to the significance of avoiding placing unduly heavy burdens on certain countries suggest that the teleological interpretation of the provision actually supports the existence of an obligation of admission; in order to not contribute to the unfair distribution of the asylum application processing burden on certain States, other, non-neighbouring States have to actively admit protection seekers into their territory (Noll, pp. 1254-1256).

The adoption of the 1967 Protocol Relating to the Status of Refugees, and the thereby shift from the Eurocentric origins of the 1951 Refugee Convention through the lift of its geographical and temporal limitations likewise indicate the inconsistency of the geographical proximity argument. An interpretative attempt that brings back the Eurocentric origins of the Refugee Convention would be contrary to the context of the treaty. After all, as the very obligation to admit asylum seekers (regardless of where they enter the country of asylum from) has been read behind the prohibition of refoulement provided in Article 33 of the Refugee Convention (Kälin, Caroni and Heim, p. 1363), this interpretative attempt is also inconsistent with the requirements of non-refoulement. Against the background of the Convention’s context, object and purpose, the non-penalization principle of Article 31 must be accorded to any refugee or asylum seeker, with the exception of those who have been accorded refugee status and lawful residence in a transit State to which they can safely return (Noll, p. 1255).

At any rate, even if the interpretation of Refugee Convention Article 31 put forward by States were the correct one, discriminatory admissions would still be incompatible with the prohibition of refoulement as provided in the Refugee Convention and other regional and international documents.

In this regard, the European Court of Human Rights has clarified that States cannot deny entry to its territory to asylum-seekers presenting themselves at the border alleging that they may be subjected to mistreatment if they remain on the territory of a neighbouring state, unless adequate measures are taken to eliminate such a risk (M.K. and others v Poland, para. 179). To eliminate such a risk, the court has underlined that the sending State would have to examine whether the individual at stake will have access to an adequate asylum procedure in the state of return upon non-admission (ibid, paras. 172-173), as well as whether safeguards against indirect refoulement and inhuman or degrading treatment exist in that State (M.S.S. v Belgium and Greece, paras. 344-365). Only if these conditions are met, will non-admission be lawful. In other words, it is not important from where the asylum seekers enter the State where they seek asylum; what is important is what awaits them after non-admission.

As the above evinces, the geographical proximity requirement is just another invalid argument put forward by States in an attempt to conceal their discriminatory attitude. Quite on the contrary, if we can learn something from the current developments, it is that States can actually deal with large numbers of protection seekers when they want to. And if they want the risk assessment procedures to be quick, the procedures will be quick. And if they want to share the burden of admitting and hosting protection seekers, they can share this burden. It thus seems that it is about time that States show their best endeavour to all of us in a just, non-discriminatory way.

So, what do we do with the non-‘white, blonde, blue-eyed’ asylum seekers? We admit them!