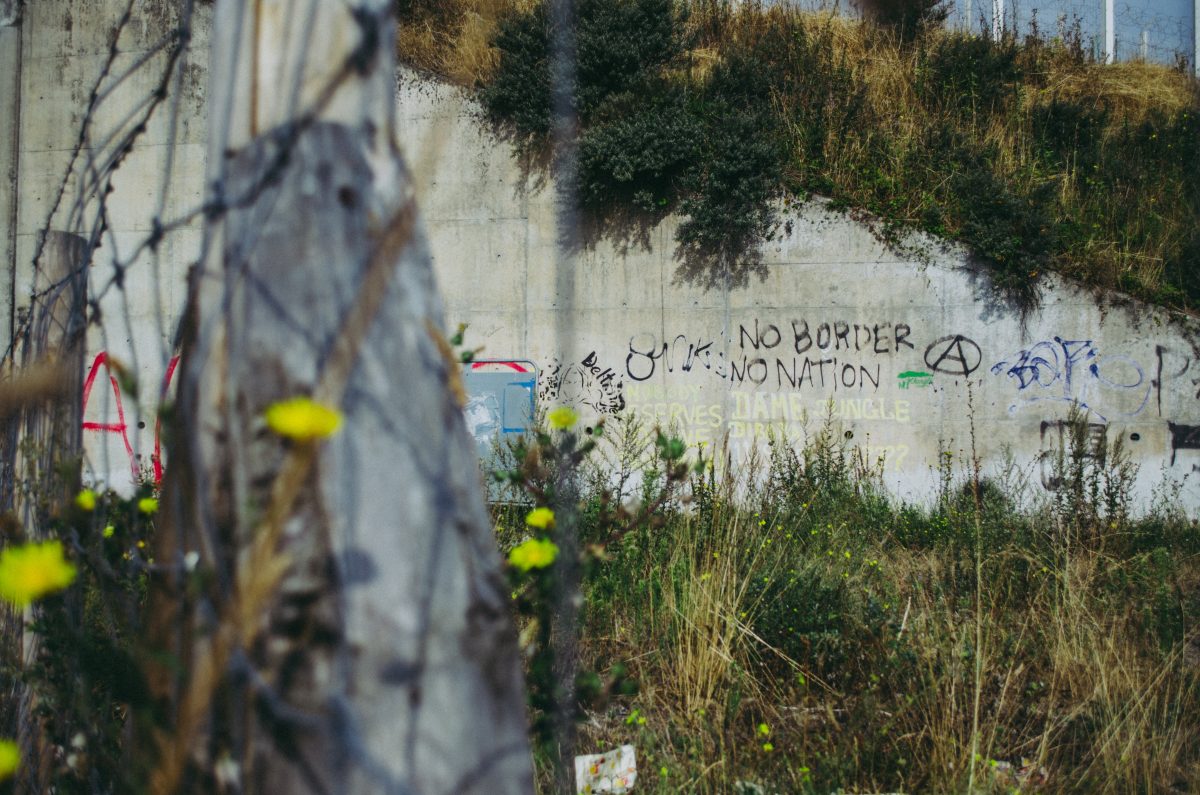 Photo by Radek Homola on Unsplash.

On the Admission of Prospective Asylum-Seekers from Afghanistan

Since the Taliban took control of Kabul, the news has abounded in heart-breaking images of people trying to flee Afghanistan. Following some sympathetic responses, however, the discourse has shifted to the upcoming ‘immigration wave’ and to the efficiency of the EU border management in coping with said wave.

‘We must anticipate and protect ourselves against major irregular migratory flows’, said Macron, while Merkel noted that ‘[w]e cannot solve all of these problems by taking everyone in’. On a more direct note, Mitarakis shamelessly warned that Greece ‘will not become the entrance gate for irregular Afghan refugees to Europe’ and proudly underlined that ‘[o]ur country is impenetrable’. Meanwhile, Mitsotakis and Erdoğan agreed that their countries cannot afford to carry any additional refugee weight, while both countries have taken steps to make more difficult the entry of prospective asylum-seekers into their territory.

Such declarations raise fears of upcoming breaches of the states’ obligation to allow prospective asylum-seekers to enter their territory. Against this background, a clarification of the scope of this obligation seems necessary. This post will first indicate the link of this positive obligation with non-refoulement and subsequently explore its lawful limitations.

Non-Refoulement and the Obligation to Admit

Although the obligation to admit prospective asylum-seekers has been traditionally viewed as contradictory to the states’ sovereign right to admit into their territory only such persons as they deem advisable (Boed, p. 5), the relationship of this obligation with non-refoulement was eventually acknowledged in both theory and jurisprudence. Precisely, non-refoulement provisions have been interpreted as requiring states to allow asylum-seekers to enter their territory with the aim of facilitating the submission and assessment of their asylum applications (Salerno, p. 502). In other words, the obligation to admit has been viewed as stemming from non-refoulement provisions.

Indeed, emphasis on the broad wording of article 33(1) of the Refugee Convention led Kälin, Caroni and Heim to acknowledge that non-admission at the border falls within the scope of acts prohibited by the said provision (p. 1363). Similarly, the Inter-American Commission of Human Rights stressed that ‘[t]he prohibition of refoulement means that any person recognised as a refugee or requesting recognition as such […] cannot be refused entry at the border or expelled without adequate and individualised analysis of their petitions’ (para. 25).  Accordingly, the Committee on the Rights of the Child explicitly connected access to territory with protection against refoulement (para. 14.4), while the European Court of Human Rights (‘ECtHR’) has also upheld that the prohibition of refoulement enshrined in ECHR article 3 entails an obligation of admission (M.K. and others v Poland, para. 179).

Although, in line with the above, the obligation to admit prospective asylum-seekers is well-established through non-refoulement provisions. Regarding its scope, however, states have argued for numerous whimsical limitations.

Indicatively, Mitarakis recently argued that, as Greece is not a neighbouring state to Afghanistan, it is not obliged to admit prospective asylum-seekers therefrom. This argument supposedly stems from the textual interpretation of the Refugee Convention, which, prohibiting states from returning refugees/asylum-seekers to the frontiers of territories, where their life or freedom would be threatened, presupposes that refugees/asylum-seekers seek refuge in countries located at the frontiers of their home-states. However, as Kälin, Caroni and Heim highlight, both the land or territorial waters’ border or airport transit zone of the neighbouring state and of literally any other state qualify as frontiers of the country of refuge, where the prospective asylum-seeker shall be allowed entry (p. 1367). After all, even if such a restriction were indeed imposed by the Refugee Convention, states would be still required to admit prospective asylum-seekers under human rights provisions entailing protection against refoulements, which – just like the Refugee Convention – do not set a territorial-proximity requirement for asylum-seekers’ entry into the state-parties’ territory, if denial thereof would entail a risk of torture, inhuman or degrading treatment (M.K. and others v Poland, para. 179).

Another argument that has recently been raised by Greece and Turkey is that, as these states have already admitted many asylum-seekers over the last years, they cannot be expected to admit more. However justifiable such an argument may seem in view of several EU states’ inadequate action, legally, it is equally futile. In fact, as the ECtHR has stressed:

‘the states which form the external borders of the European Union are currently experiencing considerable difficulties in coping with the increasing influx of migrants and asylum-seekers. […] The Court does not underestimate the burden and pressure this situation places on the states concerned, which are all the greater in the present context of economic crisis. It is particularly aware of the difficulties involved in the reception of migrants and asylum-seekers on their arrival at major international airports and of the disproportionate number of asylum-seekers when compared to the capacities of some of those states. However, having regard to the absolute character of Article 3, that cannot absolve a state of its obligations under that provision’ (M.S.S. v Belgium and Greece, para. 223).

As this pronouncement indicates, neither the geographic position of some states nor their financial incapacity and contribution to earlier refugee movements exempts them from their obligation to admit prospective asylum-seekers from Afghanistan.

The last commonly-argued limitation is that at least those, who fall within exception clauses of non-refoulement provisions [e.g. Refugee Convention article 33(2)], are excluded from the personal scope of the obligation to admit as well. However, as Moreno-Lax underlined, for reasonable grounds to be raised regarding asylum-seekers’ safety for the security or the community of the host-state, she/he must have previously entered the territory of that state (p. 251).

Although the aforementioned arguments can be dismissed, other valid limitations restrict the protective scope of the obligation to admit.

Indeed, as the ECtHR noted, a state cannot deny entry to its territory to an asylum-seeker presenting herself/himself at the border alleging that she/he may be subjected to mistreatment if she/he remains on the territory of a neighbouring state, unless adequate measures are taken to eliminate such a risk (M.K. and others v Poland, para. 179). To eliminate such a risk, the sending state would have to examine whether the individual at stake will have access to an adequate asylum procedure in the state of return upon non-admission (ibid, paras. 172-173), as well as whether safeguards against indirect refoulement and inhuman or degrading treatment exist in that state (M.S.S. v Belgium and Greece, paras. 344-365). If these conditions are met, non-admission will be lawful.

The same holds mutadis mutandis true for inter-state cooperative migration control policies (such as the ones established via the Dublin Regulations). If these conditions are met in a cooperating state, then transfers of prospective asylum-seekers thereto will be lawful (M.S.S. v Belgium and Greece, para. 365). The mere existence of such a cooperation policy, however, will not exempt the state, to which admission is initially sought, from its obligations (Hirsi Jamaa and Others v Italy, para. 129). The sending state will actually have to assess the circumstances in the cooperating state before sending protection-seeker there (ibid, para. 157). In this sense, Greece’s qualifying Turkey as an a priori safe country for Afghan asylum-seekers does not render their non-admission and transfer to Turkey lawful; conversely, it raises fears of Greece’s misuse of inter-state co-operations as a means of maneuvering around its non-refoulement obligations.

Furthermore, shipboard refugee status determinations procedures have been also argued to serve as alternatives to admission. Precisely, as Dastyari and Ghezelbash suggest, if certain requirements are met, states may deny the entry to prospective asylum-seekers, whose applications can be processed in off-shore establishments. However, as the safeguards required for such processing to be compatible with international law are essentially identical to those that states would have to fulfil on their land, the likelihood for such shipboard processing to actually take place is not high (ibid, p. 26).

Lastly, the Grand Chamber of the ECtHR recently held that if states have made available genuine and effective access to means of legal entry, they may refuse the entry of prospective asylum-seekers, who, without cogent reasons, cross the border at a different location and take advantage of their large numbers and use force in order to enter (N.D. and N.T. v Spain, para. 210). The court’s (already criticised) view of such acts as some form of abuse of right, however, seems to be neglecting the non-penalisation principle embodied in article 31 of the Refugee Convention. In fact, a systemic interpretation of ECHR Article 3 against the background of that provision would lead to the conclusion that the personal scope of the obligation to admit is owed to all aliens, regardless of whether they enter the state territory irregularly.